Norman Mailer: A Man of Letters Inspired by the People of the Book 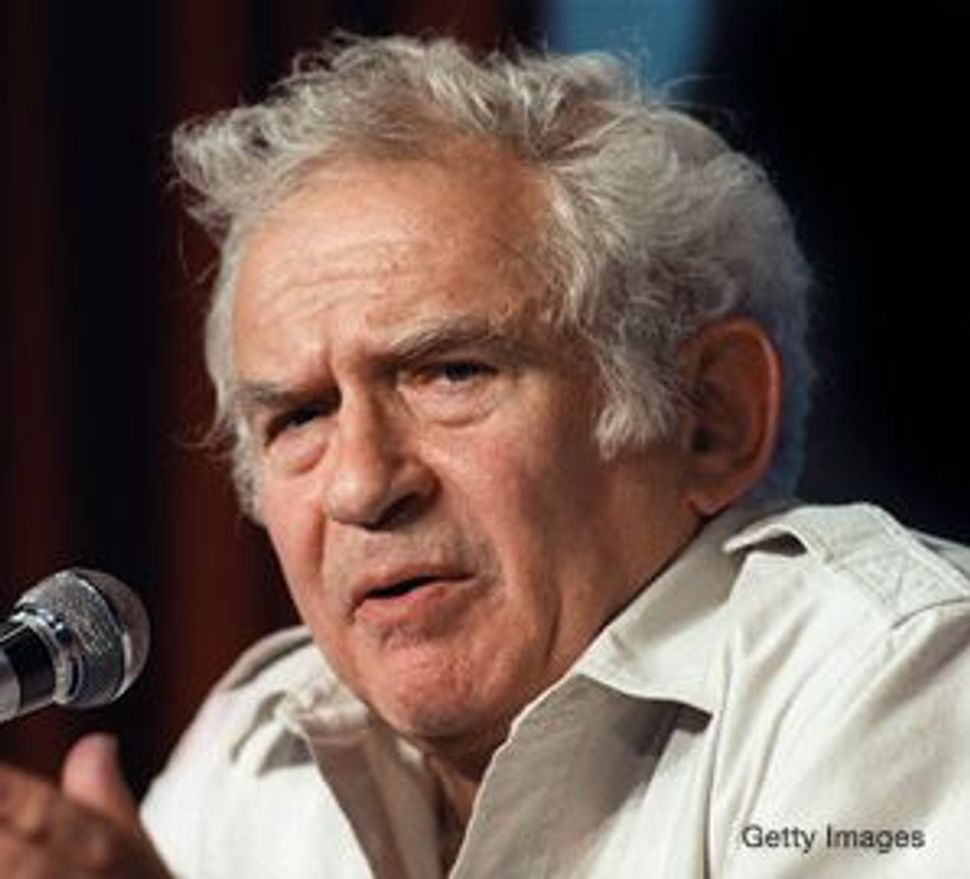 MAILER: Author influenced by the Talmud

The Norman Mailer who died in New York last Saturday at the age of 84, and whom I met in November 2006, was not the brash showman — arm-wrestling with Muhammad Ali, boxing with Jose Torres, hobnobbing with Jackie Onassis at a New York society dinner. This Mailer looked more like my beloved rabbinic grandfather: nearly blind, practically deaf and maneuvering around painfully with the use of two steel canes. Yet at this late date, as Mailer’s famous deep-blue eyes sparkled, his spirit of Jewish mischief, which animated both his life and work, remained undimmed. 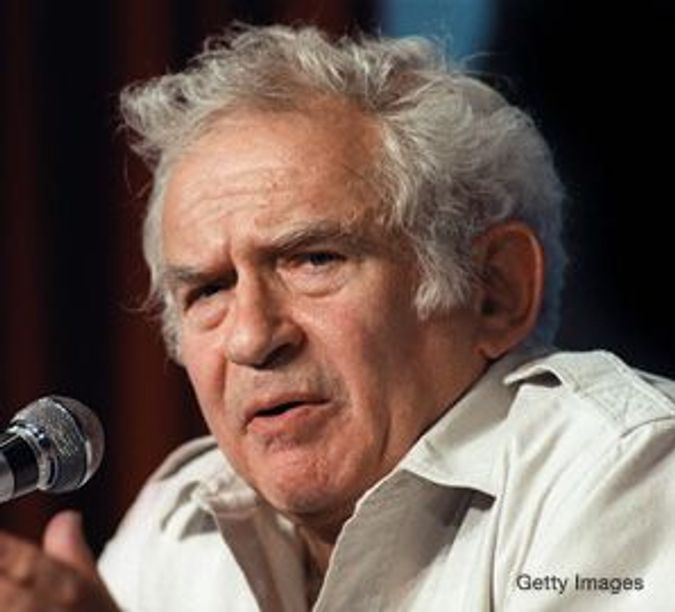 MAILER: Author influenced by the Talmud

As a scholar of Jewish American writing, I have always been fascinated by the ways in which Mailer is able to bring Jewish themes into writing that often seems very different from Jewish work. When I mentioned to a group of scholars at a conference last year at the Harry Ransom Center (occasioned by Mailer’s selling his papers to the University of Texas at Austin; he was the latest in a long line of Jewish writers to do so) that I thought Mailer was a deeply Jewish writer, my claim was met with a good deal of skepticism.

Yet, much like Woody Allen’s character in “Annie Hall” pulling Marshall McLuhan out from a ticket line to settle a dispute about his work, I turned to Mailer, who was by this time sitting by himself, enjoying a glass of Chardonnay off to the side. I introduced myself and mentioned that I thought he was far more deeply engaged by Jewish ideas in his work than is often supposed. I also said that I found a certain talmudic pilpul in his finest work. To the amazement of the group, he responded by saying, “Many years ago, I received a translation of the Talmud as a gift, and I have been dipping into it on and off ever since; it has influenced everything I have written.”

Once that dispute had been settled, Mailer, with his strong and distinct voice intact, began to loudly declaim his favorite talmudic section, which discusses when prayers can continue once an ox has defecated near a synagogue.

Pure Mailer. Sitting in the elegant Ransom Center, surrounded by Texas dignitaries, Mailer defiantly recalled an ancient rabbinic dispute concerning literal bullshit. Mailer, as the grand old man of American letters in the Texas heartland, was as relevant as ever. His body was failing, but his mind remained combative and brilliant — just as in his best passages, combining the rude and irreverent with an abiding sympathy for the mystical tensions of ancient texts, Jewish or otherwise.

Many years ago, Mailer was asked why he didn’t write a novel about his childhood, about growing up Jewish in Brooklyn. He responded by saying, “The reason is that I know it too well, and there’s no interest in writing about a subject where you’re not going to discover much that’s new.”

In searching for the Jewish American writer in Mailer, perhaps instead of looking for overt examples of Jewish ritual — a Passover Seder, the lighting of a Hanukkah menorah — readers should be asking just how Judaism and Jewish values inspire and inform much of his finest work.

Whether Mailer is discussing the core Jewish concept of tikkun olam (healing the world) or demonstrating the need for human beings to perform acts of loving kindness, there are numerous textual examples to cite. Throughout his career, Mailer consistently saw the world through a Jewish lens, via the values and beliefs he was raised with as a tough Jewish kid from Brooklyn: from his concern with antisemitism during World War II in “The Naked and the Dead,” to the Jewish notion that all human beings are created in the Divine image — even those who have gravely sinned, as in “The Executioner’s Song”— to the problems of imagining Hitler and aesthetically representing the Holocaust in his final novel, “The Castle in the Forest.”

I’m even tempted to read Mailer’s novel “The Gospel According to the Son” as a Jewish version of the four gospels (not noted for their particularly philo-Semitic outlook). In Mailer’s version of the gospels, Jesus is more Hebrew Bible Job than the New Testament Son of God, and to even those skeptics who believe that nothing else in his oeuvre ranks as genuinely Jewish, surely the overwhelming chutzpah of this unusual project (again, think talmudic pilpul!) should gain Mailer entry into most readers’ lists of great Jewish American writers.

Mailer continued to struggle with Jewish concerns to the very end, in both “The Castle in the Forest” and his final nonfiction work, “On God: An Uncommon Conversation.” Much like Saul Bellow, who late in his career lamented his lack of attention to the Holocaust, in these last works Mailer turned to wrestling with the theological implications of a God who “turned aside his face,” remaining silent during his chosen people’s darkest hour. In “The Castle in the Forest,” Mailer follows a long Jewish textual tradition of lament in his attempt to understand the nature of evil through a slant representation of the Holocaust, doing so from a surprising direction: by re-creating the background, conception and early years of its progenitor, Hitler.

Of course, there are many readers and critics who would disagree with my assessment of Mailer, arguing that in both his public life and his work there is a sexual freedom that is antithetical to traditional Judaism and Jewish values. Yet a glance at the aggadic sections of the Talmud, filled with stories of rabbinic sexual fantasies, reveals how Mailer’s devilish voice mimics the narrative tone of the Babylonian Talmud.

Famously, in “Advertisements for Myself,” Mailer, combining Hemingway’s bravado with Babe Ruth’s mythology, had predicted that he would “point to the farthest fence” and “knock one out” by writing the Great American Novel. Mailer might never have written this greatest of novels, but in his indirect representation of Judaism he came as close to the warning track as anyone of his generation ever did. Having failed at writing the elusive Great American Novel, perhaps Mailer just might have succeeded at becoming the Great Jewish American Writer.

Ezra Cappell is assistant professor of English and director of the Inter-American Jewish Studies Program at the University of Texas at El Paso. He is the author of the recent “American Talmud: The Cultural Work of Jewish American Fiction” (SUNY Press), which will be published in paperback in January 2008.

Norman Mailer: A Man of Letters Inspired by the People of the Book