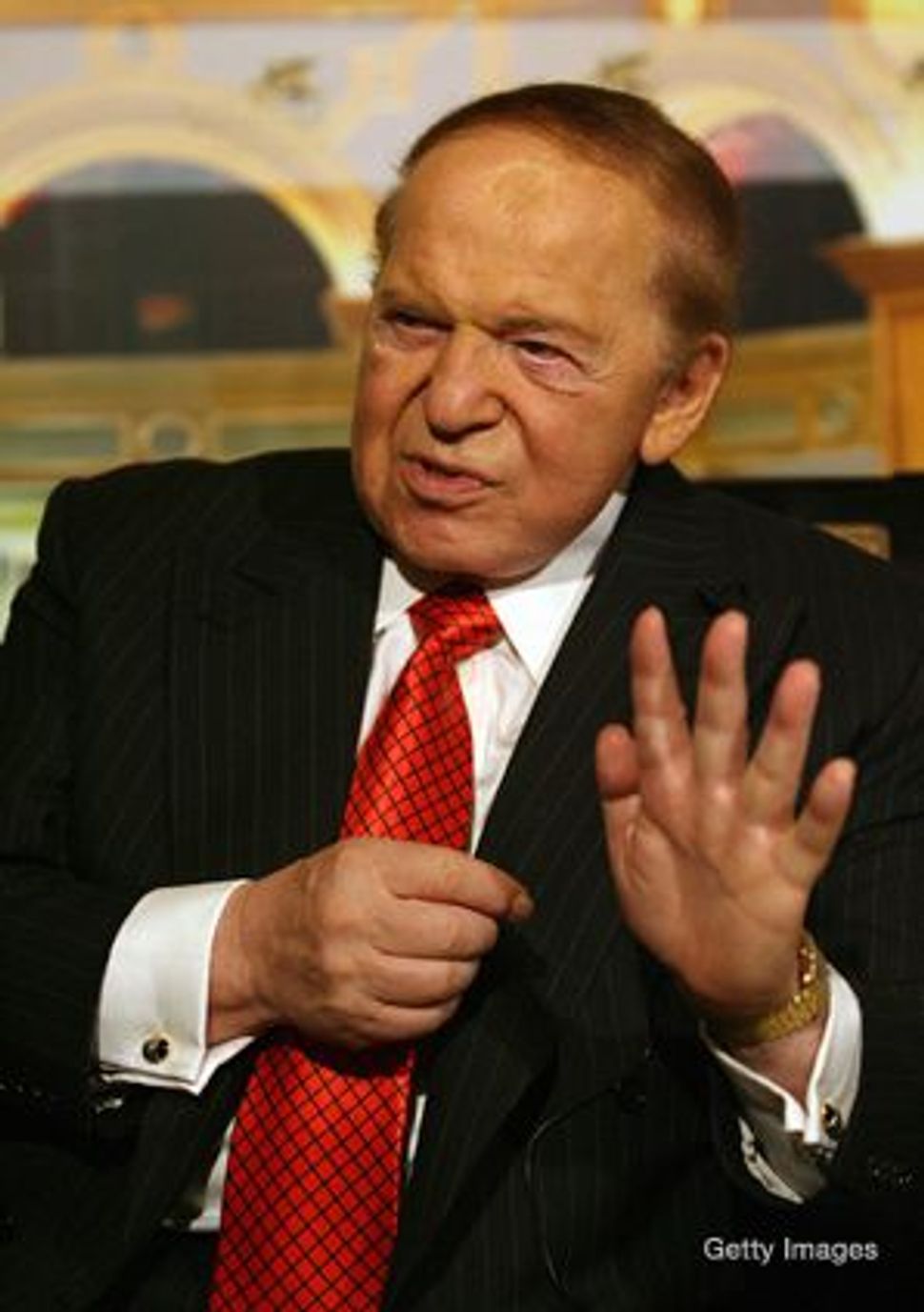 Washington – The American Israel Public Affairs Committee is coming under fire from one of its major donors, Sheldon Adelson, who said the pro-Israel lobby is giving too much support to the Palestinians in advance of the upcoming peace summit. 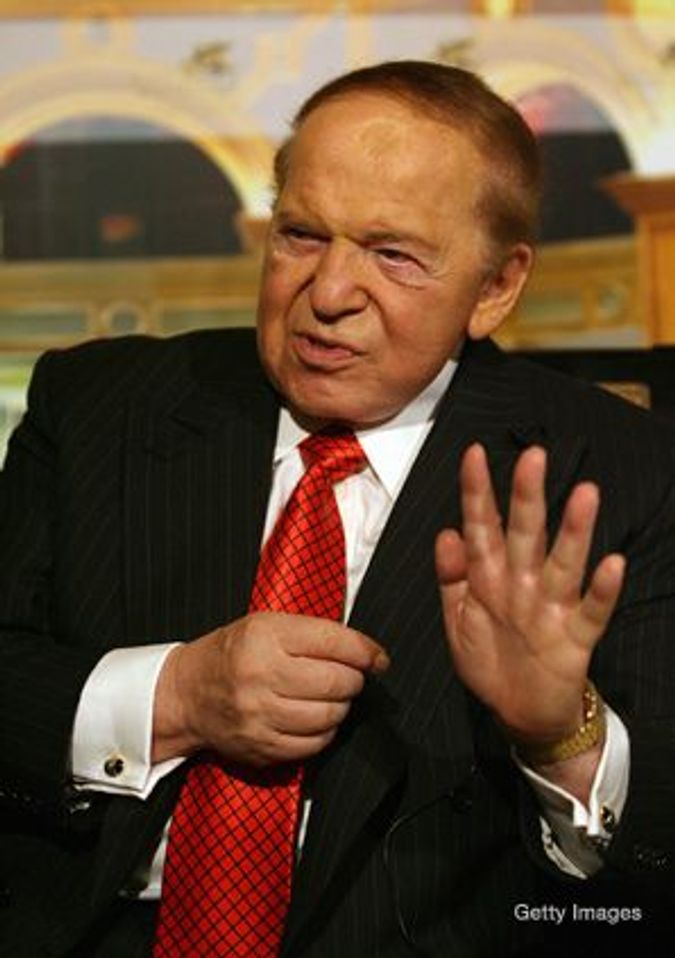 Aipac gave its blessing to a recent congressional letter supporting increased aid for the Palestinian Authority.

In a phone conversation with Aipac’s executive director Howard Kohr, the casino magnate Adelson argued that the lobby should not have supported the letter, because increasing American aid to the Palestinians would be destructive to Israel, according to Aipac sources.

“If someone is going to jump off a bridge, it is incumbent upon their friends to dissuade them,” Adelson told JTA, explaining his involvement in trying to stop the group’s support for the congressional letter.

The letter was co-authored by Rep. Gary Ackerman, a Jewish Democrat from New York known for his support for Israel and by Rep. Charles Boustany, an Arab-American Republican from Louisiana. It was sent Monday to Secretary of State Condoleezza Rice bearing the signatures of 135 members of Congress.

“In this critical moment,” the letter reads, “current levels of U.S. assistance are insufficient to leverage either real change and improvement by the Palestinian Authority, or more robust support by the international community.”

A Congressional source said that while Aipac gave its blessing to the letter from the beginning, it did not actively lobby for it.

“They told us that if anyone asks, we can say Aipac supports it,” the source said.

Sheldon Adelson, whose casino fortune has taken him to the top ranks of Forbes magazine’s list of the wealthiest Americans, is known for his close ties with the Republican Party and with Likud leader Benjamin Netanyahu in Israel.

A spokesperson for Aipac would not provide information regarding Adelson’s donations to the lobby in previous years, but a source in another Jewish group estimated that Adelson’s contributions to Aipac over the years “were in the millions.”

Adelson did not return the Forward’s calls for comment. In his interview with JTA, he did not give any indication if Aipac’s position on the Palestinian aid would affect his support for the group in the future.

While supporting the relatively dovish Ackerman-Boustany letter, Aipac also made moves this week to bolster its security-minded image. The group supported a congressional letter to the president expressing concern over the planned arms deal with Saudi Arabia. Aipac also stressed, in an article written by executive director Kohr, that a lack of activity from Palestinians and Arab countries has been the main impediment for success in the upcoming peace conference.

“Were the P.A. and Arab governments to do their share and match Israel’s overtures for peace, the U.S. effort to move the process forward may yet lead to a successful outcome” Kohr wrote in an opinion article circulated to newspapers this week.