Credit Where Credit Is Jew 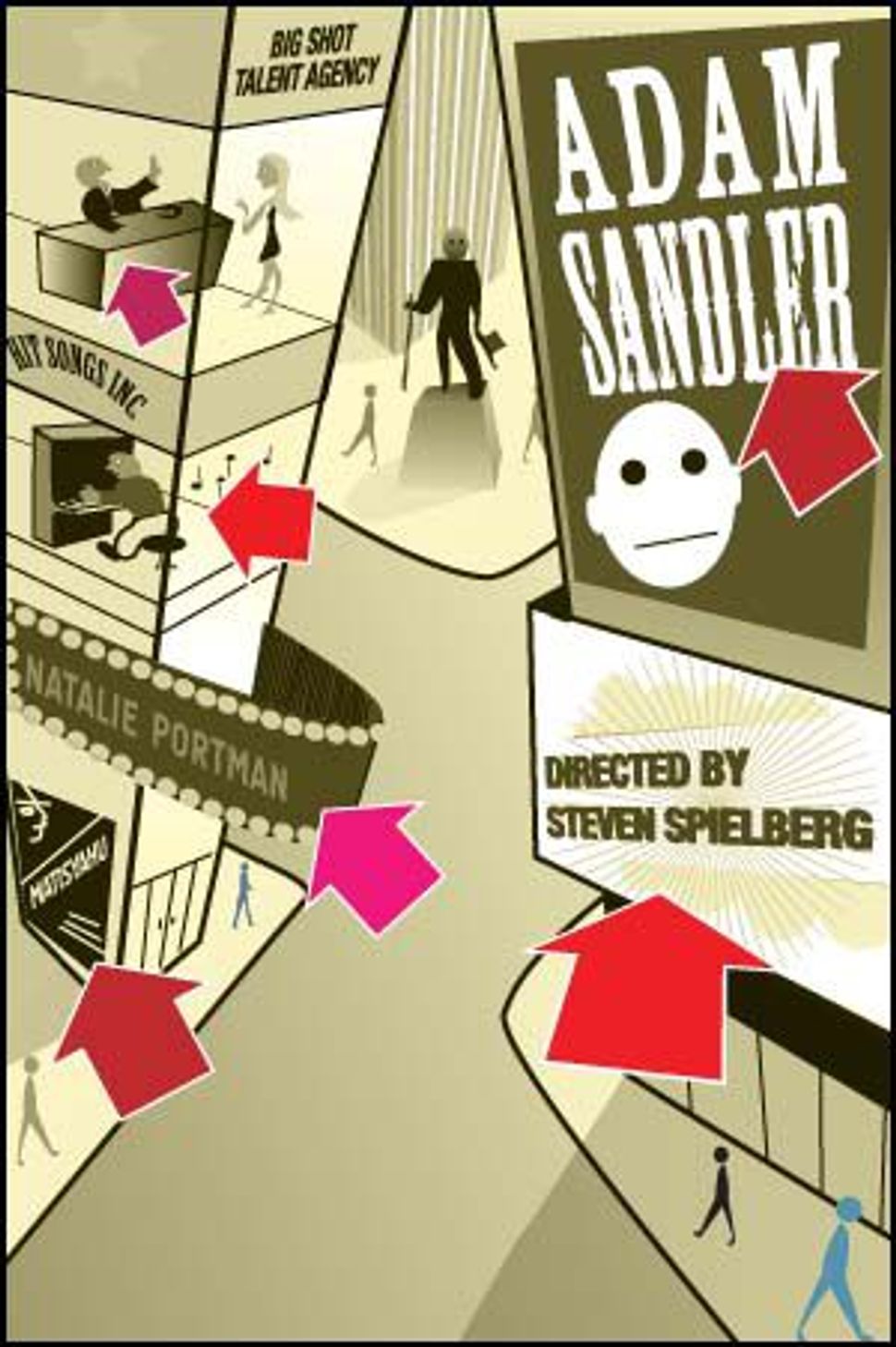 The movie credits were rolling, and so were my eyes. “See?” my mom was saying to me and my sister and to my dad, who was nodding distractedly as he tried to pick out the popcorn kernel from between his teeth. 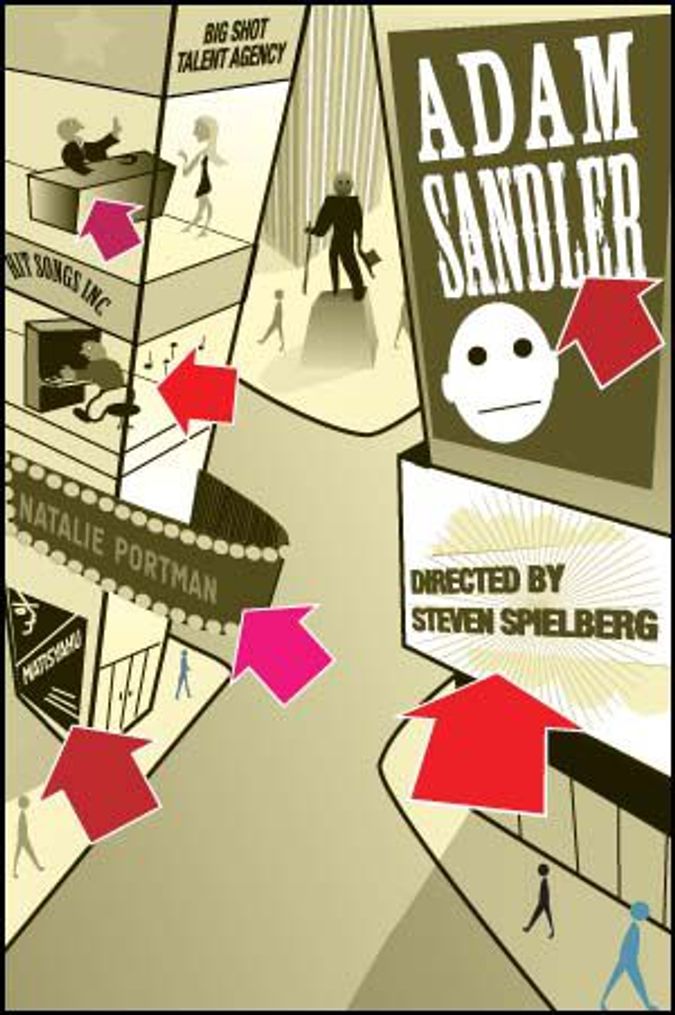 That “See?” referred to another one. Of us, that is. Jews. In the credits. There we were: directing, acting, producing, writing the scores, conducting the orchestra, writing the screenplays, adapting the screenplays (also good!), even sometimes designing the gowns, or sets, and, once in a while, doing the makeup. There were not a lot of grips among the Chosen People, as I recall. But no matter what the job title, it was great to see those Jewish names scrolling up the screen — at least if you were my mom.

Mention out loud that you found this exercise a little boring, and it was time for a whole shpiel on how Jews are vastly overrepresented on the Nobel Prize lists and in medicine, the arts, philanthropy and…. Thirty-five years later, here I am. No, not still listening to my mom. “… and then there’s Aaron Klug, for chemistry, in 1982….”

No, 35 years later I’m sounding like her. And I have no idea why.

Now when the credits roll, it’s like I just arrived from Kishinev and cannot believe that my fellow landsleit (compatriots) are such machers (bigshots)! “Jack Black wrote the screenplay and starred? He’s a Jew! Sarah Silverman’s a Jew! Ben Stiller! Mel Brooks! Boys, did you know Steven Spielberg is a Jew?”

Here’s why, I think. Because it worked.

Sure, my mom embarrassed me with her pride-by-association, a pride that I could trace directly to my grandpa, a Russian immigrant who was keenly interested in everyone’s Jew-or-non-Jew status. (And who was, I hasten to add, also a very philanthropic guy. And did you know that Jews are vastly overrepresented in philanthropy?) Anyway, embarrassed though I was, the pride of both generations wormed its way into my soul, and now it’s coming out of my mouth in the hopes, I guess, that my kids will end up with it in their souls, too. This, even though I can’t be sure they are utterly fascinated by the fact that everyone associated with “West Side Story” — lyricist, composer, book writer, choreographer — was Jewish. (And gay, a fact my mom never added.)

“Call it a sense of loyalty, or unbridled passion for the tribe,” said Doree Lewak, author of “The Panic Years: A Guide To Surviving Smug Married Friends, Bad Taffeta, and Life on the Wrong Side of 25 Without a Ring” (BROADWAY, 2008), and happens to share this “Where’s Waldostein?” quirk. “You always want to see a fellow Jew succeed.”

She does the Jews-in-the-credits hunt, too. But Mikhail Lyubansky, a psychologist and lecturer at the University of Illinois at Urbana-Champaign, where he studies race and ethnicity, says that when he finds himself doing the same thing, “I tell my brain, ‘What you’re doing is not good!’” And he tries to stop it.

Lyubansky understands the psychological role played by ethnic identification: “Basically, it means we get at least part of our self-esteem by identifying with social-identity groups.”

This can be good, if a group is so downtrodden or underrepresented in the mainstream that it needs a boost. “Look! Half-Native-American Siamese twins like us just made a movie. So can we!”

But that same identification can easily slip into smugness from joy. “It lets people in that same group have sort of an attitude: ‘We’re better than them, smarter than them,’” Lyubansky explained. That’s why he tries to stop his credits-watching tic in its tracks.

Making this difficult is the fact that anytime his mother sees a Jewish name in the news, she immediately calls or e-mails, “to make sure I have all the necessary information,” Lyubansky said dryly. For his mom, a Russian immigrant like my grandfather, it’s a relief when Jews are allowed to succeed. Take that, Cossacks!

Whether or not Jews are indulging in unseemly movie-credit pride, we certainly aren’t doing anything unique to our ethnic group. “Absolutely I look in the credits!” Paula Parnagian said. She just happens to look for Armenian names, like her own. I know another woman who looks for the Hispanic names. And, as Lyubansky points out, when the Olympics come on, we all give in to home-team pride, buoyed every time someone from our country wins a medal.

“Andy Pettitte…” says Nadine, a 50-something mother, mystified. Lately her husband has become so obsessed about looking for Jewish names that he has started hunting for Jewish faces, too — in case a person changed his name. “We were watching the World Series and he said, ‘Andy Pettitte has such a Jewish face.’”

Wow. I’m not yet at that point, and with any luck, I can still steer clear. But with even more luck, my kids will inherit a hint of my pride — minus the smugness, and with plenty of self-awareness and joy in our multicultural society, naturally.

And by the way, boys: You do know Adam Sandler is Jewish, right? (And Borat, too! And Seth Meyers!)

Lenore Skenazy is the author of the recently published “Who’s the Blonde That Married What’s-His-Name? The Ultimate Tip-of-the-Tongue Test of Everything You Know You Know — but Can’t Remember Right Now” (Penguin) and “Free-Range Kids: Giving Our Children the Freedom We Had Without Going Nuts With Worry” (Jossey-Bass).

Credit Where Credit Is Jew