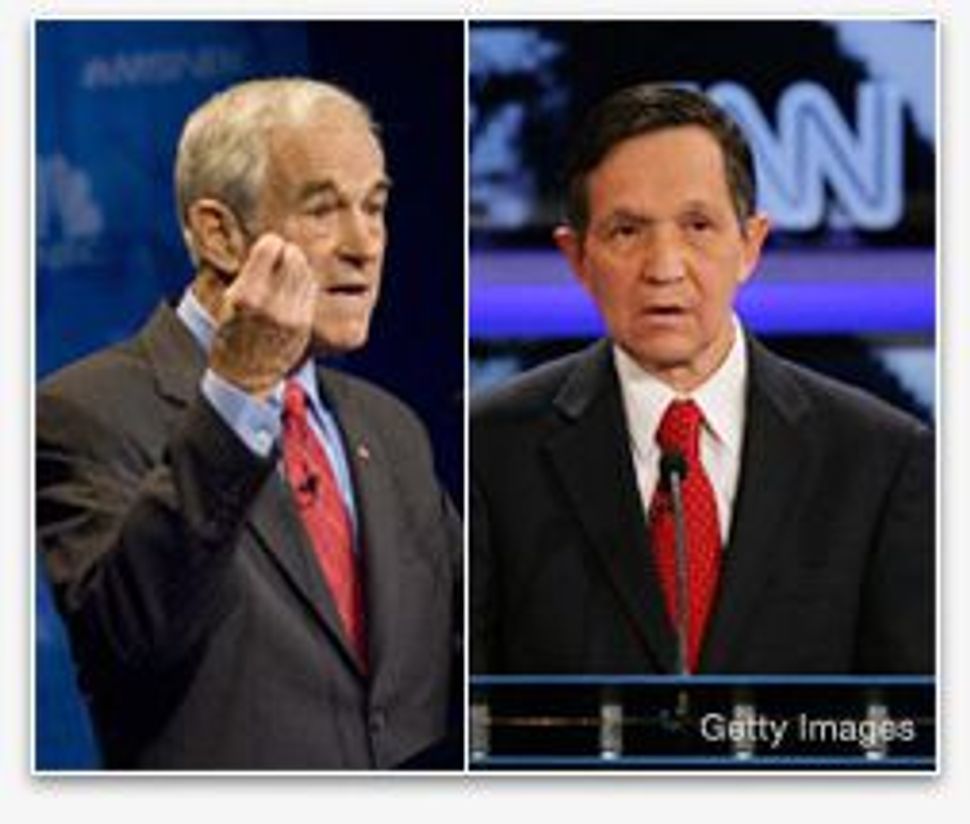 Leftist Dennis Kucinich and libertarian Ron Paul may hail from opposite ends of the political spectrum, but they share a strong antipathy toward the projection of American power abroad and have both garnered cult followings with their respective long-shot presidential bids. They also happen to have developed a strong friendship in Congress, and have been known to speak admiringly of each other on the campaign trail. 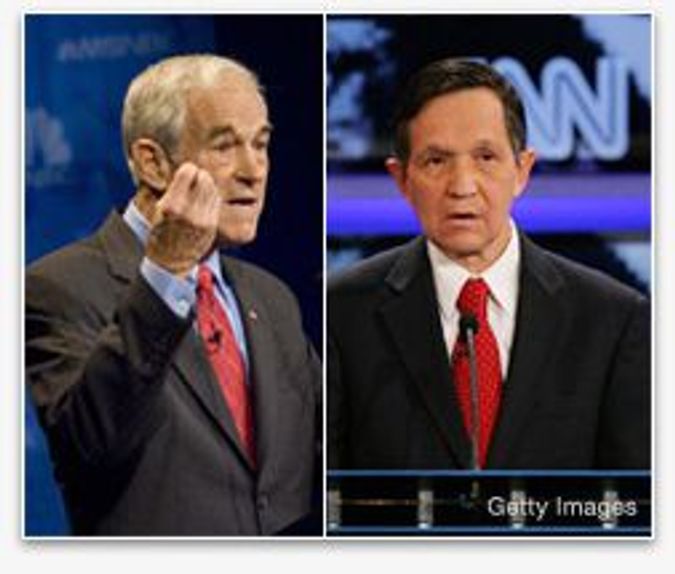 So it’s not entirely shocking that Kucinich would consider his Republican colleague from Texas as a potential running mate (apparently in the very unlikely event that he wins the Democratic nomination).

It’s also not surprising that the National Jewish Democratic Council wouldn’t be thrilled by the idea, particularly since Paul isn’t exactly known as a friend of Israel.

“Despite his views on the Iraq War, Rep. Paul no more belongs on a Democratic ticket than Dennis Kucinich on a Republican one,” the NJDC’s executive Director, Ira Forman, said in a statement. “Any Jewish Democrats or independents that are tempted toward Rep. Paul because of his stance on the War should be reminded that this Republican Representative has a terrible record on Middle East politics, is anti-choice, and opposes stem cell research.”

But, as it turns out, Ron Paul’s campaign — which has had much more traction than Kucinich’s — doesn’t seem thrilled by the idea either.

“Dr. Paul and Rep. Kucinich are friends and there is a lot of mutual respect,” Paul communications director Jesse Benton wrote in an e-mail to the Cleveland Plain Dealer. “They have worked, and will continue to work, together on ending the war and protecting civil liberties.

“However, Ron wants to substantially cut the size and scope of the federal government. There are too many differences on issues such as taxes and spending to think a joint ticket would be possible.”