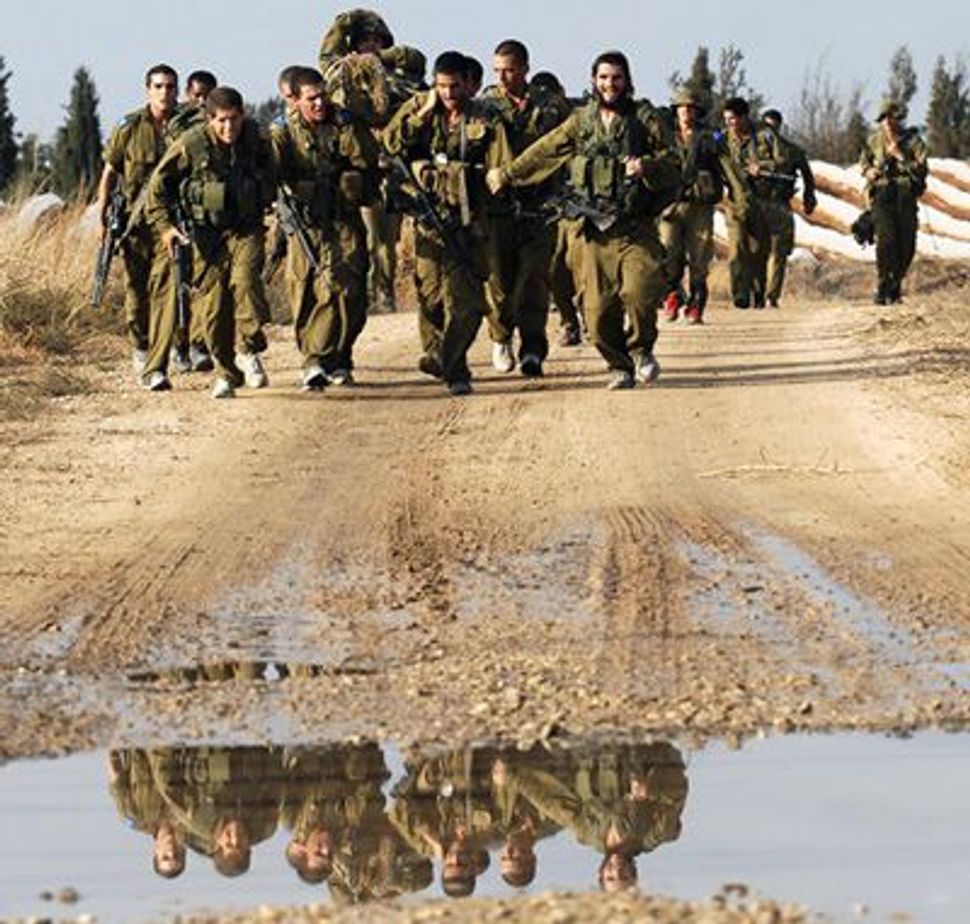 Joint Exercise: Israeli soldiers train near the coastal city of Ashdod in October, part of the largest missile defense dry run ever held. Some 1,400 American soldiers were also involved. Image by GETTY IMAGES

Leaders in Washington and Jerusalem have publicly locked horns over the issue of West Bank settlements. And Israeli public opinion has largely viewed America’s new administration as unfriendly. But behind the scenes, strategic security relations between the two countries are flourishing. 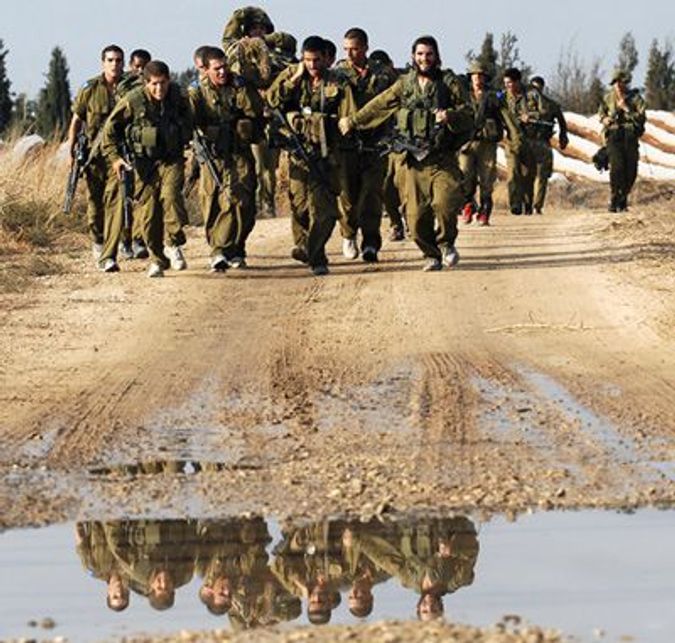 Joint Exercise: Israeli soldiers train near the coastal city of Ashdod in October, part of the largest missile defense dry run ever held. Some 1,400 American soldiers were also involved. Image by GETTY IMAGES

Israeli officials have been singing the praises of President Obama for his willingness to address their defense concerns and for actions taken by his administration to bolster Israel’s qualitative military edge — an edge eroded, according to Israel, during the final year of the George W. Bush presidency.

Among the new initiatives taken by the administration, the Forward has learned, are adjustments in a massive arms deal the Bush administration made with Arab Gulf states in response to Israeli concerns. There have also been upgrades in U.S.-Israeli military cooperation on missile defense. And a deal is expected next year that will see one of the United States’ most advanced fighter jets go to Israel with some of America’s most sensitive new technology.

Amid the cacophony of U.S.-Israel clashes on the diplomatic front, public attention given to this intensified strategic cooperation has been scant. But in a rare public comment in October, Israeli Ambassador Michael Oren praised the Obama administration’s response to complaints about lost ground during the close of the Bush years as “warm and immediate.”

“We came to the Obama administration and said, ‘Listen, we have a problem here,’” Oren, told a gathering of the National Jewish Democratic Council. “The administration’s reaction was immediate: we are going to address this issue, we are going to make sure that we maintain your QME [qualitative military edge].”

The warmth seems to stand in contrast to public opinion in Israel, which, according to a recent survey, is highly critical of Obama, seeing him as weak and naive. Bush is perceived as having been a much stronger ally.

But when the new administration settled in, it faced entreaties from Jerusalem to redress what Israeli officials saw as an erosion on the strategic side during the last stage of Bush’s tenure.

The Israelis cited Arab progress in replacing old Soviet weapons with new Western arms, and advances in the operational technology of weapons that has made Israel’s investment in human skills less significant.

But Jerusalem’s concerns, well-informed Israeli sources say, were also stoked by a massive $20 billion arms deal that the United States signed with Saudi Arabia and other Gulf states during the Bush administration’s last year. In its attempt to counter Iran’s military buildup and nuclear ambitions, the former administration approved an arms contract that included upgrades of the Gulf countries’ air and naval capabilities, as well as advanced missile defense systems and modern satellite-guided bombs.

Israel, which sees Iran as its prime enemy in the region, initially accepted the Bush strategists’ rationale for the huge arms transfer. Jerusalem voiced only mild concern regarding some of the specifics, mainly the supply of precision bombs.

But in recent months, Israeli defense officials visiting Washington stepped up complaints about the Saudi deal. To the newly installed Obama administration officials, the Israelis argued that the usage and deployment of these arms breached earlier understandings and could tilt the military balance against Israel.

These complaints were met with what one Israeli diplomat called a “receptiveness” that was demonstrated in the new administration’s willingness to adjust the arms deployments to mitigate Israel’s concerns.

A former senior security official in the Bush administration said Bush’s guidance to all levels was to maintain Israel’s qualitative military edge. The ex-official, who would speak only on background, added that the arms sales to Gulf countries were done in light of the Arab world’s anxiety over Iran’s ambitions. “We saw it as a positive for all sides,” he said, adding Israel had no complaints against it “on the strategic level.”

According to Steve Rosen, a former lobbyist for the American Israel Public Affairs Committee who is now a private consultant, the Obama administration, and especially the Pentagon, is now more open to supplying Israel with cutting-edge technology in an attempt to ensure Israel’s confidence and possibly steer Jerusalem away from the idea of attacking Iran. “In an effort to give Israel a larger margin of safety, the U.S. is releasing technology that under other circumstances would have been seen as more sensitive,” he said.

The United States and Israel have also recently launched a new consultative mechanism for discussing and addressing issues relating to Israel’s qualitative military edge. This new process, involving key officials from the Pentagon and State Department on the American side and Israel’s Foreign and Defense ministries, is currently being applied to several outstanding Israeli concerns. Israeli defense officials and pro-Israel activists characterize this as a significant development in strategic consultations between the two countries.

America’s commitment to maintaining Israel’s qualitative military edge was codified directly into U.S. law via 2008 legislation backed by AIPAC. This legislation requires the president to report to Congress periodically on actions taken by the administration to ensure Israel’s advantage. A spokeswoman for the House Foreign Affairs Committee told the Forward that the White House provided its first report to Congress this past summer. The report was classified, and no information regarding its content has been released.

Long before the 2008 law, the Reagan administration promised that America would ensure Israel’s military advantage over its neighbors. And succeeding presidents have maintained this commitment. The commitment defined Israel’s strategic advantage as the difference between Israel’s military capabilities compared with each one of its Arab adversaries or with the combination of all adversaries.

“Originally, it was Israel’s way to overcome its numeric inferiority,” said Guy Ben-Ari, deputy director of the defense-industrial initiatives group at the Center for Strategic and International Studies. He explained that the notion has been held up by both sides, despite the fact that Israel’s main military challenges — confronting terrorism and Iran’s nuclear threat — are not issues determined by the size of its military. The Israelis stressed that what happened during the close of Bush’s tenure was an erosion of Israeli’s military edge, not a breach of the Reagan era commitment.

Beyond correcting the perceived imbalance that developed under Bush, Israeli officials have also praised the Obama administration for increasing cooperation about missile defense. A November joint American-Israeli exercise, codenamed Juniper Cobra, was the largest and most extensive missile defense dry run ever held, and involved 1,400 American servicemen simulating responses to a possible attack against Israel. “The size and the high profile [of the exercise] are a signal from the administration about its commitment to Israel’s security,” an Israeli diplomat said.

Another deal that is highly anticipated in Israel is the expected sale of the advanced F-35 fighter jets to Israel’s air force. The Pentagon has offered Israel a unique version of the radar-evading future aircraft for supply in 2015. A deal is expected to be signed early next year.

Still, Israeli officials and American lobbyists stressed that not all outstanding issues have been resolved. Supporters of Israel are now pushing for the administration and Congress to limit American arms sales to Lebanon because of the re-emergence of Hezbollah in Southern Lebanon on Israel’s northern border, and the failure of the central government in Beirut to disarm the group. Pro-Israel lobbyists cite their concern that American weapons might fall into the hands of Hezbollah, which is backed by Israel’s avowed enemy, Iran.