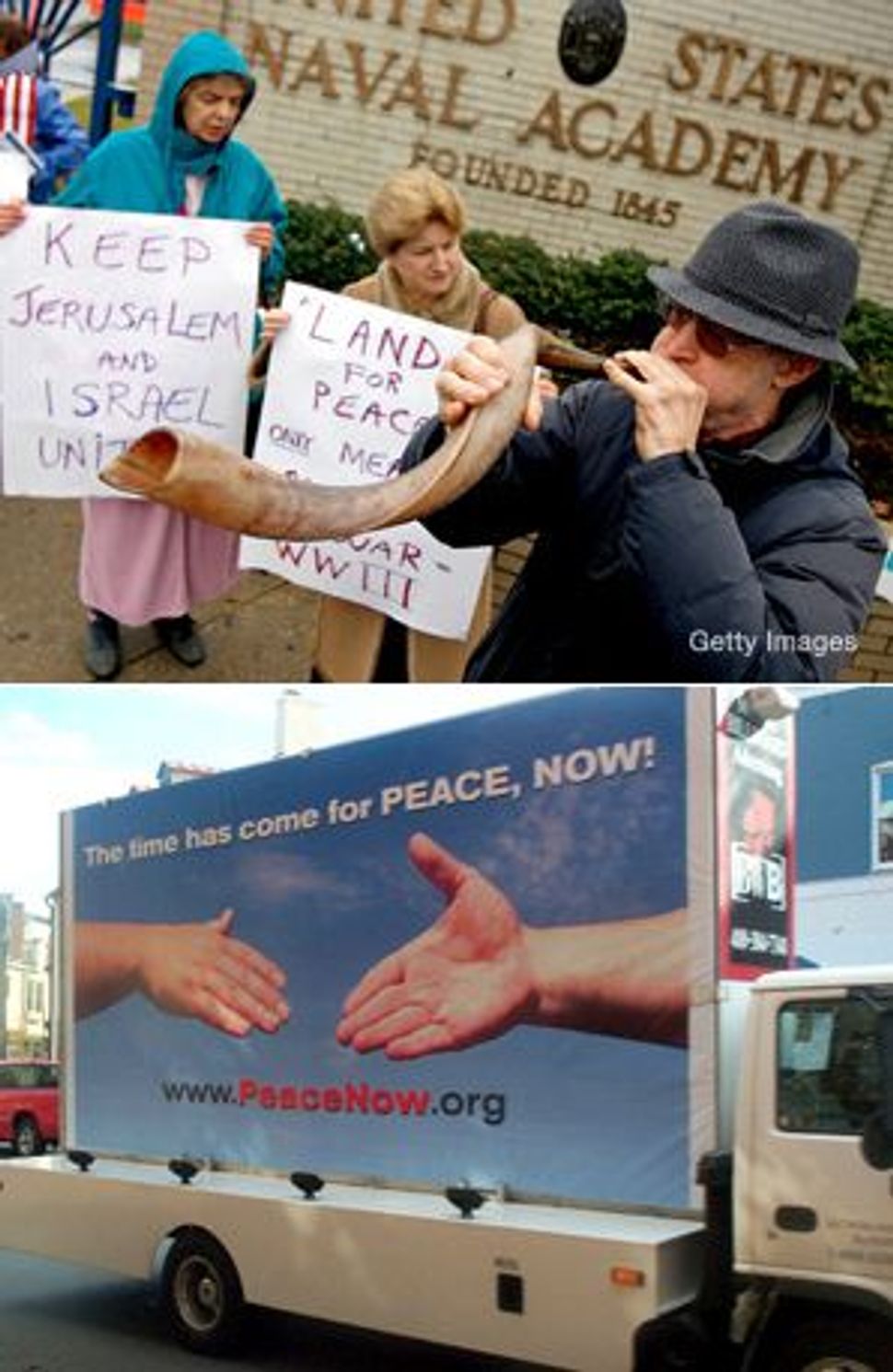 FROM THE PEANUT GALLERY: Small but vocal contingents of both right (top) and left wing (bottom) activists took to Annapolis's streets

Relatively few Jewish activists took to the streets here Tuesday to express their views on the Middle East peace conference that was taking place at the United States Naval Academy. 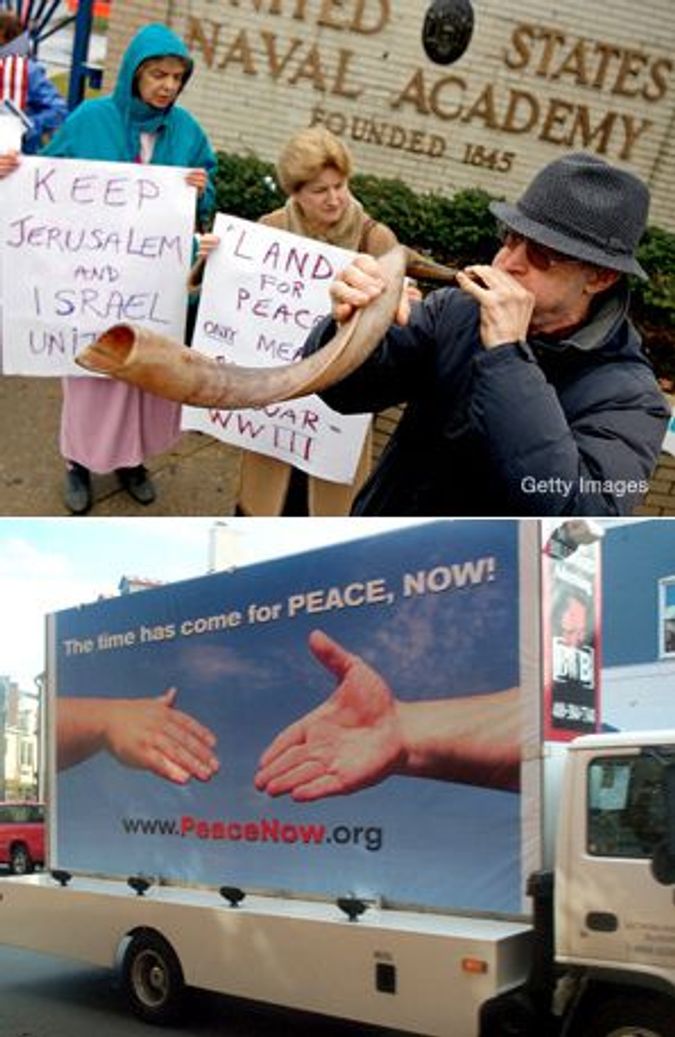 FROM THE PEANUT GALLERY: Small but vocal contingents of both right (top) and left wing (bottom) activists took to Annapolis's streets

An estimated 100 people attended a rally arranged by a coalition of nine dovish Jewish groups in support of the peace process. The coalition struggled to obtain permission to demonstrate after local police revoked, at the last minute, its permit to stage a rally near the conference’s venue.

The dovish groups were eventually able to hold the demonstration on the grounds of a nearby church, with participants coming from New York, Philadelphia and Washington. Organizer Doni Remba, executive director of Ameinu, said the diverse turnout at the rally proves that pro-peace Jewish groups can work together and that they should cooperate in the future.

A demonstration by hawkish Jewish groups protesting talk of dividing Jerusalem won a better spot than their left-wing counterparts, just outside the gates of the Naval Academy. Several dozen protesters showed up for the event, which was organized by Shalom International and by Americans for a Safe Israel.

All protests ended peacefully and did not disrupt the conference, which took place in isolation at the Naval Academy under strict security measures.