Notes on Hanukkah: A Holiday Collection 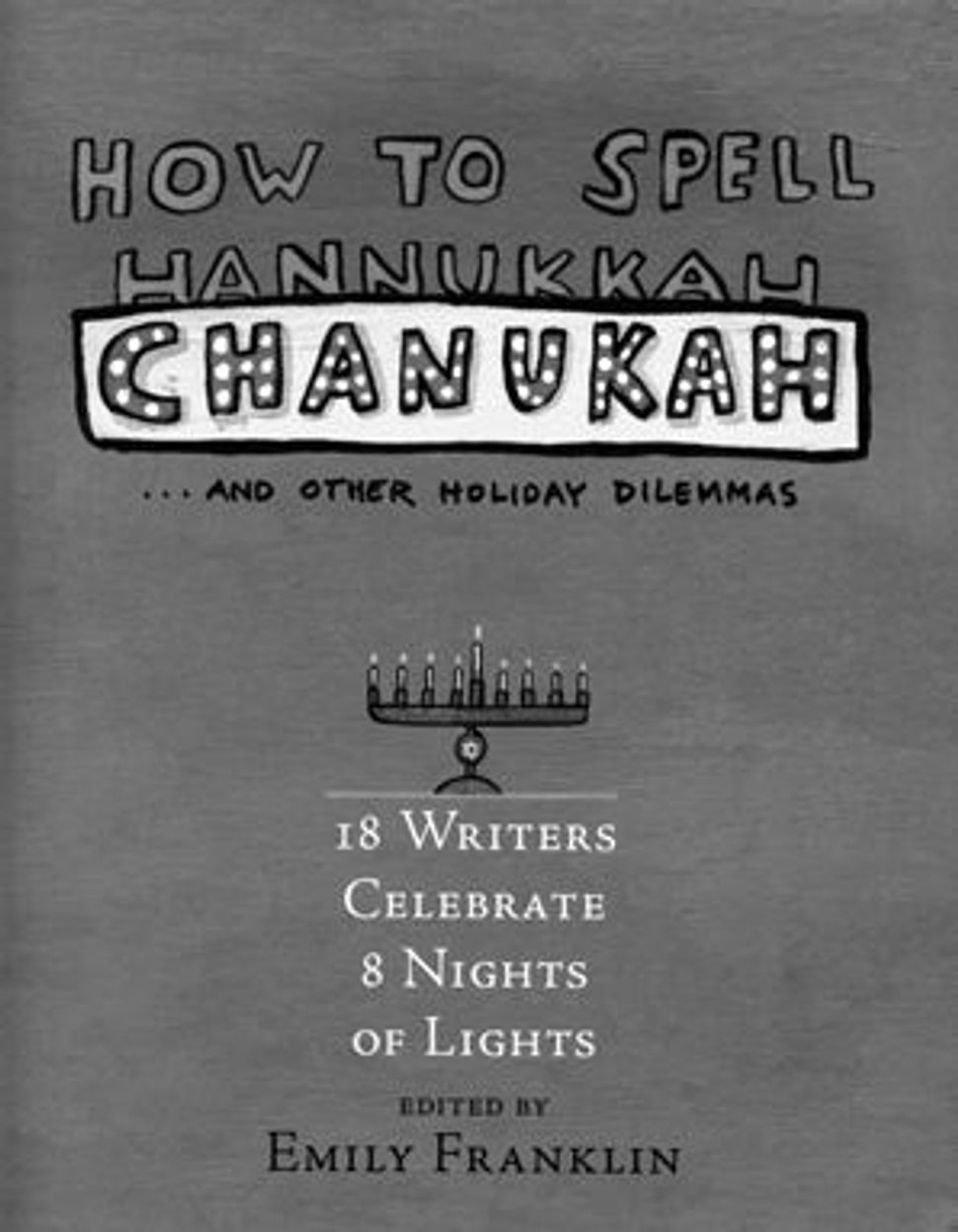 *How to Spell Chanukah… and Other Holiday Dilemmas 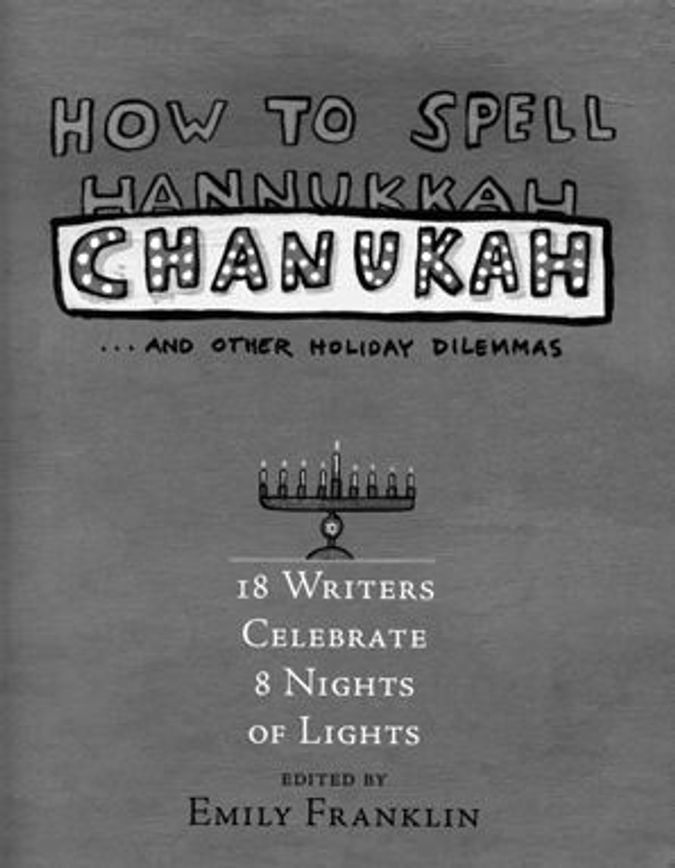 It looks like one of those throwaway little “gift books,” like “The Girlfriends Keepsake Book” or “Chicken Soup for the Soul,” that an unassuming shopper might pick up from a display rack while waiting on line at the bookstore. Like these fluffy books, the new holiday anthology “How to Spell Chanukah,” edited by Emily Franklin, contains the requisite series of uplifting moments and life lessons. Lest its diminutive size and blue-and-pink cartoon-lettered cover mislead, however, this is also a book packed with fine writing and provocative storytelling.

The standout pieces are, of course, the ones that are not what you’d expect from a Hanukkah anthology. In particular, “Traditions Break,” a graphic story by cartoonist Eric Orner, is a pitch-perfect tale of a young woman stranded in her dorm during her college’s winter break. By turns lonely and content, wise and naive, 20-year-old Sharon is not yet sure who she is or what she wants. When the story’s over, she still isn’t sure. But since she is narrating from the vantage point of adulthood, we know she will make it through with a few answers — but only a few. Joanna Smith Rakoff’s “Dolls of the World” is the complicated story of a family that manages to hold itself together even as it falls to pieces. It opens with the parents’ move to a retirement community; two lifetimes’ worth of stuff is shed for the occasion. The stuff becomes a portal for memories and things left unsaid, as well as a means for Rakoff and her mother to broach painful subjects that, like the “five-piece service for twelve, which would not have looked out of place at Edith Wharton’s most formal table,” had been collecting dust for far too long. Several of the essays are like prose poems, sermons or elegies: Peter Orner’s “Oak Street, 1981” and Laura Dave’s “Eight Nights” are both small but hauntingly lovely snapshots of moments in time when a child comes to understand something of adulthood. Even the most serious stories, however, are touched with humor, and some are laugh-out-loud funny. Joshua Braff’s “The Blue Team” features, to great comic effect, “sad, davening action figures,” and in “Creature Comfies,” Heeb magazine editor and publisher Joshua Neuman recounts his short-lived career as a stuffed-animal-cum-apparel salesman.

Of course, any 21st-century book about being a young, modern Jew will overflow with certain types of stories. And here, young parents, especially those grappling with how to avoid turning Hanukkah into a gluttonous blitz of consumerism for their children, are everywhere. A related genre that makes several appearances is the Jews-who-don’t-celebrate-Christmas vs. Jews-who-do vs. Jews-who-try-not-to-but-can’t-escape-it conundrum. There is a certain amount of navel-gazing in the selections, as well as, for my taste, one too many comments about how fattening latkes are. But even the most solipsistic of the essays features a wonderful moment of revelation at a debauched Seattle Hanukkah party: “Is this what our parents had in mind for us when they chauffeured us to day school, Hebrew school, and bat mitzvah lessons?” Elisa Albert asks in “Week at a Glance.” “Pornographic vegan cupcakes, Shabbos blunts…? I must say that I think so.”

Apropos of this question, as well as the ongoing Hanukkah-Christmas debate, I might add that this book may very well help to foster, in Albert’s words, “a roomful of young Jews claiming that identity in the context of countless other identities.” Why? Well, it makes the perfect stocking stuffer.

Beth Schwartzapfel is a freelance journalist based in Brooklyn. Every year, around this time, she and her Muslim girlfriend make Christmas cookies in the shape of menorahs and dreidels.

Notes on Hanukkah: A Holiday Collection