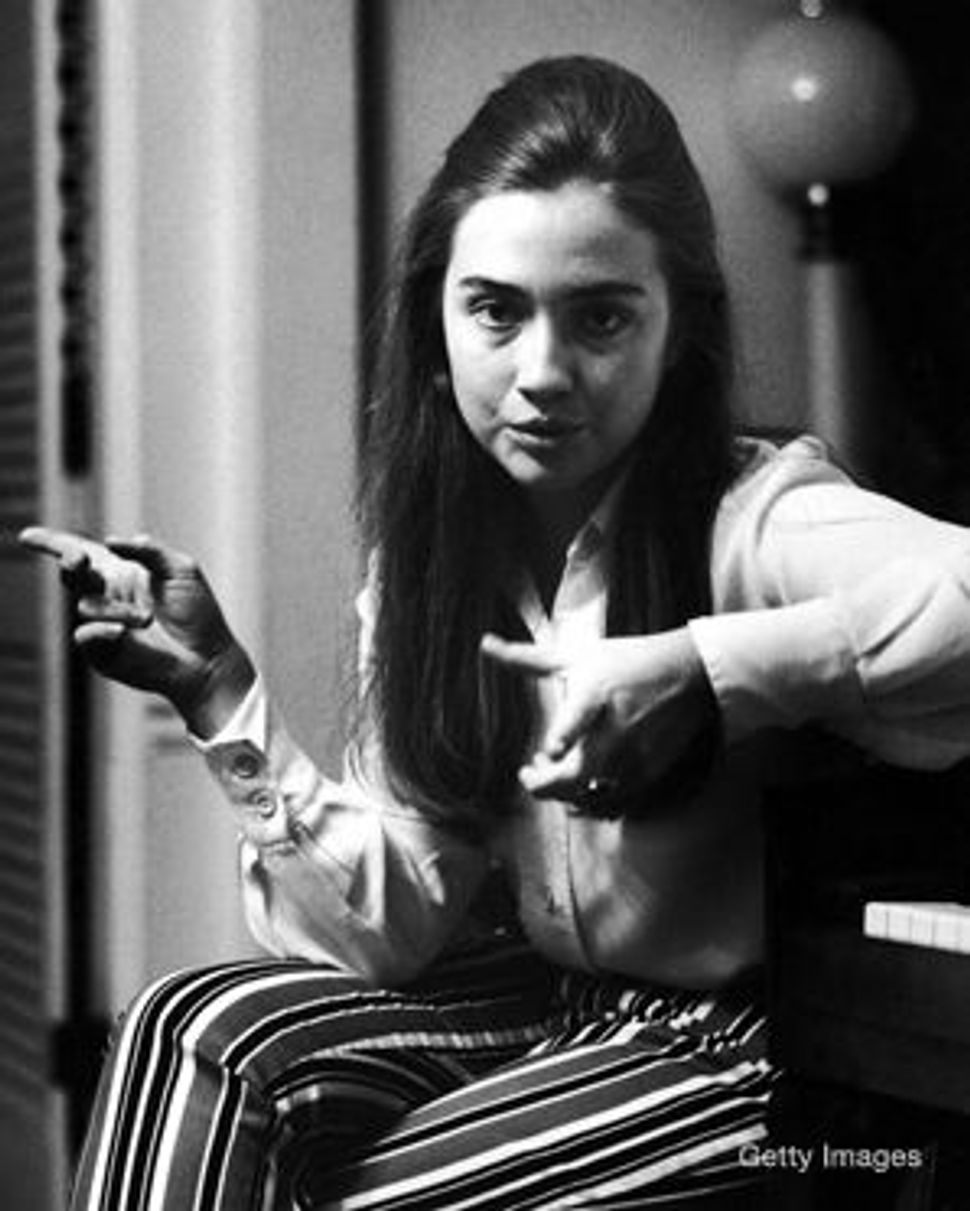 Hillary's undergraduate thesis advisor was an 'FDR progressive' from Brooklyn

As a former first lady aiming to become America’s first female president, Hillary Clinton has a biography heavy with male influences, including Hugh Rodham, the stern father who raised her as a Republican; Don Jones, the Methodist youth minister who introduced her to the civil rights movement, and former president Bill Clinton, her political and personal partner for more than three decades. 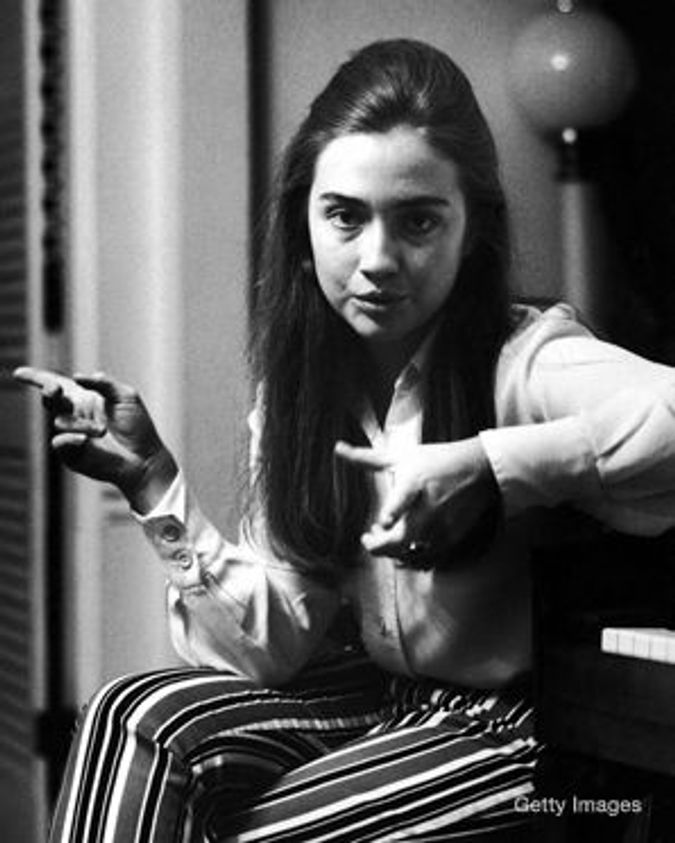 Hillary's undergraduate thesis advisor was an 'FDR progressive' from Brooklyn

But perhaps more than anyone, it was Alan Schechter, a political science professor who mentored Clinton during her student years at Wellesley College, who had a ringside seat to her intellectual and political transformation amid the turbulent 1960s. A self-described “FDR progressive” raised in Brooklyn by the secular children of Jewish immigrants from Eastern Europe, Schechter, 71, met Clinton in his capacity as an adviser to the student government and went on to become a beloved professor who wrote her a glowing recommendation to Yale Law School. As her thesis adviser, Schechter steered Clinton to focus her project on Saul Alinsky, the irascible labor and civil rights activist who pioneered the practice of community organizing with his Depression-era campaign to improve conditions in the Chicago slum made notorious by writer Upton Sinclair.

The child of Russian Jewish immigrants, Alinsky grew to become one the American left’s most celebrated figures, with disciples who included César Chávez. Before his death in 1972, Alinsky became famous — and, in some circles, was reviled — for his promotion of confrontational politics. With a style now familiar in the films of Michael Moore, Alinsky believed in getting in the faces of slumlords, corporate chiefs and city officials. His tactics, so often copied that they seem unremarkable today, included boycotts, rent strikes, picketing and dramatic gestures. In one well-known stunt, he had garbage dumped on a Chicago alderman’s driveway to highlight inadequate collections in the slums.

The senator’s 92-page thesis on Alinsky went largely unnoticed until 1992, when the Clintons, to the chagrin of Schechter, successfully lobbied Wellesley officials to close access to the paper as long as they occupied the White House. The project subsequently became a lightning rod for the couple’s Republican opponents, who alleged it might contain evidence that Hillary Clinton once held radical beliefs. The charge may well find its way back into heavy rotation if the New York senator advances to the general election, though a close reading of the thesis — now available at the Wellesley archives and posted on at least one conservative Web site — tends to back up Clinton’s own insistence that she was no emerging firebrand in college.

Her approach was “instrumental, pragmatic, how do you get from point A to point B,” said Schechter, who recently discussed with the Forward his most famous pupil and her 1969 senior project. “She wasn’t studying Alinsky because of her interest in Alinsky and not even, I think, because of her interest in community organizing as such. It was much more that he had a particular approach to poverty.”

By now, Schechter is accustomed to answering questions about Clinton, who has referred to him as “a motivator and provocateur” who aided in her conversion from a Goldwater girl to the self-assured class president willing to rebuke a Republican senator in her graduation speech. Although the pair, according to Schechter, fell largely out of touch during Clinton’s years in Arkansas, they reunited in the late 1980s and have remained in steady contact ever since.

In 1992, when Bill Clinton’s first presidential campaign was floundering and nearly out of cash before the New Hampshire primary, Hillary Clinton garnered positive press by making an appearance at Wellesley, coordinated by Schechter. She visited her alma mater a number of times as first lady, and in 2003 she spoke at an event honoring Schechter upon his retirement. Schechter, meanwhile, served as chair of the J. William Fulbright Foreign Scholarship Board, under President Bill Clinton.

Still in his early 30s when he met Clinton at Wellesley, Schechter said he was initially struck by her articulateness and intelligence and later by her idealism. Schechter said that even then her efficiency and professionalism stood out. Her more playful side — in the acknowledgements to her thesis, she quips, “Although I have no ‘loving wife’ to thank for keeping the children away while I wrote, I do have many friends and teachers who have contributed” — was seldom in evidence during their academic meetings.

When Clinton told him she wanted to write her thesis on poverty issues, Schechter suggested she study Alinsky’s work, in part because she was able to personally interview the organizer, who was based in Chicago, near her hometown in city’s suburbs. (Fifteen years later, Clinton’s chief Democratic rival, Illinois Senator Barack Obama, would become a community activist in Chicago, in the organizing tradition of Alinsky.) Clinton writes in the notes of her thesis that after meeting three times with Alinsky, he offered her a job, which she declined in favor of “legal rigor” at Yale.

In Schechter’s view, Clinton’s passion for social issues, including poverty and women’s rights, is genuinely deep-seated and dates back to her college days. On at least one point, however, the professor tweaked the senator’s version of her political evolution.

Clinton has said publicly that it was Schechter who placed her as in intern with Rep. Melvin Laird, a Republican from Wisconsin, in the summer of 1968, months before she campaigned for Democratic presidential candidate Eugene McCarthy.

“My adviser said, ‘I’m going to assign you to the Republicans because I want you to understand completely what your own transformation represents,’” Clinton told The New York Times in an interview earlier this year.

By Schechter’s estimation, the 20-year-old Clinton was not quite as fully “transformed” as she made herself out to be.

“If she had said, ‘I’d rather work for a Democrat or I’d rather work for an advocacy group or something a little less partisan,’ I obviously would have said fine,” said Schechter, who still serves as the adviser to Wellesley’s Washington internship program. “It still was her preference at that point in time.”

With a title taken from a T.S. Eliot poem, Clinton’s thesis, “‘There Is Only the Fight…’: An Analysis of the Alinsky Model,” takes a pragmatic approach to the issue of poverty alleviation. Her question is how best to help poor people in urban areas, and her approach is empirical rather than normative. The paper often takes a no-nonsense tone, as when Clinton sounds a skeptical note about the usefulness of “psychodramatics” in politics, or reminds her readers that discussing Alinsky “apart from his actions is like discussing current theories of international relations without mentioning Vietnam.”

Carefully footnoted, and written in academic prose, the paper examines both Alinsky’s community-organizing tactics and the government programs created by 1960s “welfarephiles” — and finds them both lacking. Clinton argued that Alinsky’s bottom-up community organizing is ineffective at producing long-term comprehensive reform, even as she criticized the federal anti-poverty programs of the 1960s for failing to solicit meaningful input from the intended recipients.

In later years, Clinton has suggested that these critiques cast her as a budding centrist.

“You know, I’ve been on this kick for 25 years,” Clinton said in a 1993 interview with The Washington Post. “Even at that early stage I was against all these people who come up with these big government programs that were more supportive of bureaucracies than actually helpful to people.”

If Clinton finds herself battling a Republican in the general election, it’s a safe bet her opponents will argue that characterization is a little pat. At the center of Clinton’s critique of Alinsky’s community-based model is her sense that in post-World War II America, where citizens were becoming increasingly rootless, localized community action simply would not go far enough.

While Clinton never spelled out her own theories about a possible broad-scale solution to the problem of poverty, then — as now — she appeared to be finely attuned to what seemed possible given the zeitgeist.

“The Depression demonstrated the feasibility of federally controlled planning, and a massive war effort convinced us of its necessity,” Clinton observed. “Now, we are no longer so convinced.”