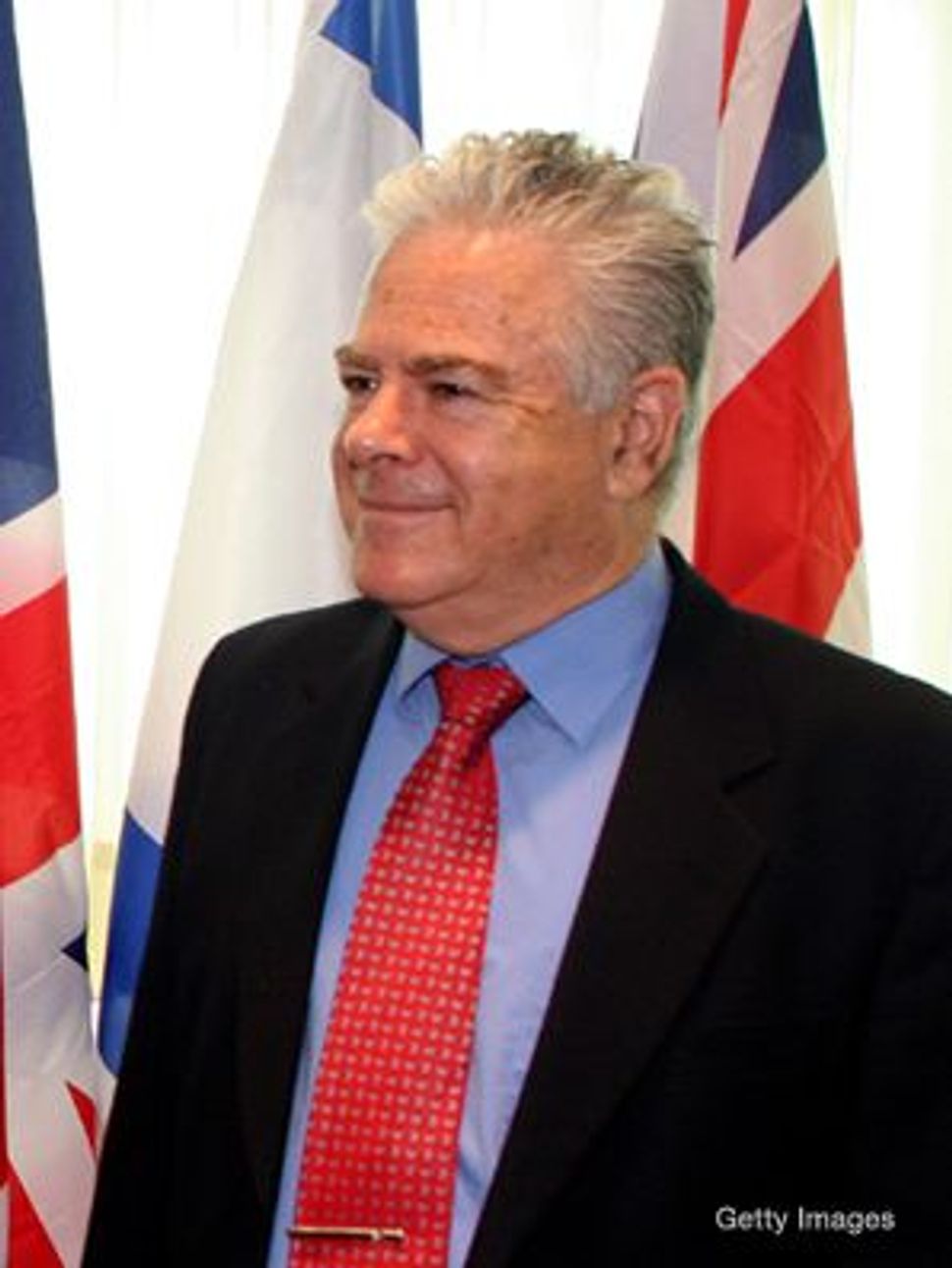 STANDING FIRM: Ephraim Sneh, above, said that a new report on Iran would not shift Israel's view.

American Jewish groups are scrambling to reformulate their message on Iran following the release this week of a new American intelligence report that states with “high confidence” that Tehran halted its nuclear weapons program four years ago. 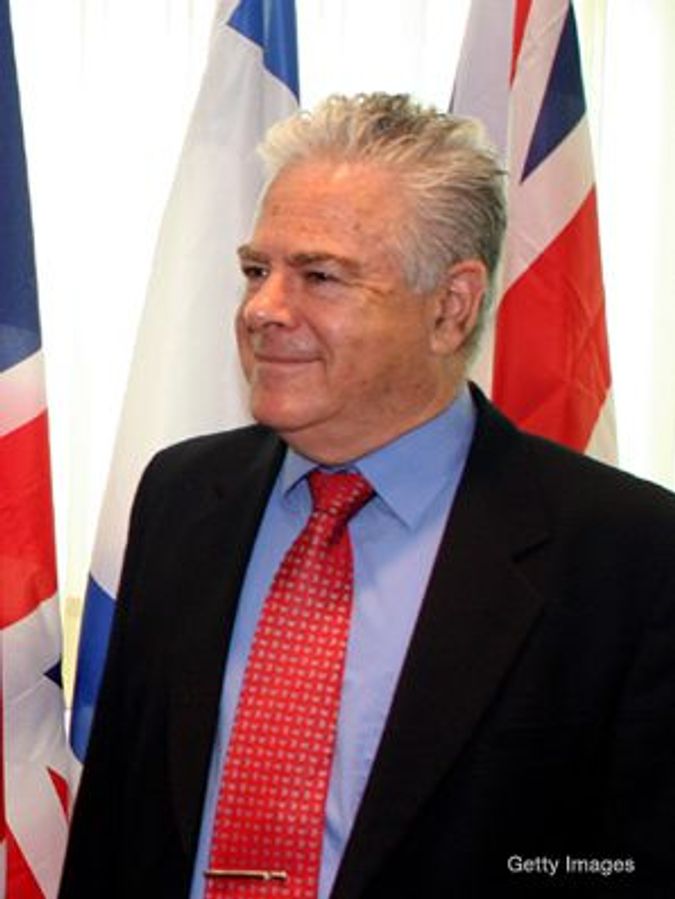 STANDING FIRM: Ephraim Sneh, above, said that a new report on Iran would not shift Israel's view.

In a conference call Tuesday hurriedly arranged by the umbrella body of Jewish organizations, communal leaders decided to immediately send letters to the presidential candidates from both parties, urging them to continue pushing for sanctions against Iran.

According to participants in the conference call, concern is high that the unexpected conclusions drawn in the National Intelligence Estimate not only may lead Washington to withdraw the threat of military action against Iran but may also erode the recently reached international consensus on pressuring Iran to abandon its nuclear ambitions.

“We need to carefully reconsider our message,” Malcolm Hoenlein, executive vice-president of the Conference of Presidents of Major American Jewish Organizations, was quoted as saying by participants in the conference call. Hoenlein did not return queries from the Forward for comment, but sources said he called on the heads of Jewish organizations to “continue explaining in an intelligent way why a nuclear Iran would be dangerous” without disregarding the National Intelligence Estimate.

While most Jewish groups have reacted cautiously to the intelligence report, a number of leading Israeli politicians have publicly challenged its findings.

“It is in total contradiction to what we know, and it is in many ways self-contradictory, because it claims the nuclear program stopped but that uranium enrichment continues to this day,” Ephraim Sneh, a Labor Party stalwart and member of the Knesset intelligence committee, told reporters at an Israel Policy Forum briefing Tuesday. “Uranium enrichment is the key, so what exactly did they stop in 2003?… Do these analysts buy the argument that Iran needs nuclear facilities to produce energy? Do they believe [Iranian President Mahmoud] Ahmadinejad?”

Defense Minister Ehud Barak, meanwhile, asserted Tuesday that Iran may have halted its nuclear weapons program in 2003 but had probably since restarted it. The Labor Party leader, along with Prime Minister Ehud Olmert and Foreign Minister Tzipi Livni, was briefed on the intelligence report before its release, while in the United States last week for the Israeli-Palestinian peace summit in Annapolis, Md.

“We cannot allow ourselves to rest just because of an intelligence report from the other side of the earth, even if it is from our greatest friend,” Barak told Israel Army Radio this week.

The NIE, which represents the consensus position of the America’s 16 different intelligence agencies, concludes that “Tehran’s decision to halt its nuclear program suggests it is less determined to develop nuclear weapons than we have been judging since 2005…. Our assessment that the program probably was halted primarily in response to international pressure suggests Iran may be more vulnerable to influence on the issue than we judged previously.”

The report estimates that Iran could have enough highly enriched uranium for a weapon by 2009 at the earliest, “but this is very unlikely,” and that it had “moderate confidence Iran probably would be technically capable of producing enough highly enriched uranium for a weapon sometime during the 2010-2015 time frame.” Israel’s intelligence assessment is that Tehran could achieve military nuclear capability as early as the end of 2009 or 2010, and Olmert had made it clear to the Bush administration that Jerusalem is basing its Iran policy on this assessment.

Bruce Riedel, a former CIA official who served as a senior official on the Middle East at the National Security Council, called the NIE “a remarkable reversal” and argued that it “will undermine U.S. and Israeli efforts to keep the pressure on Iran.”

But a spokesman for the American Israel Public Affairs Committee, the main pro-Israel lobby, said the intelligence report actually bolstered the case for a firm approach to Tehran. The NIE “reinforces the concern about Iran’s continuing pursuit of the ability to make nuclear weapons and underscores the need for increased international pressure,” said Josh Block, the Aipac spokesman .

Block pointed to the intelligence report’s conclusion that Tehran developed a secret track for enriching bomb fuel, an assessment that he asserted had not previously been made public by the American intelligence community. The report finds that a growing body of intelligence indicates Iran was engaged in covert uranium conversion and enrichment, noting that the program was likely halted in 2003 and had not been restarted “through at least mid-2007.”

Henry Sokolski, who served as a nonproliferation expert in the elder president Bush’s administration, also pointed to the covert uranium enrichment activity as “worrying because we don’t know much about it and where it is taking place — and it could have restarted since the middle of this year, if you read carefully.” Sokolski, now the executive director of the Nonproliferation Policy Education Center, was scathing in his assessment of the NIE, whose technical expertise he described as “appalling.”

“This is a political document,” Sokolski said. “Someone wants to make people believe there is diplomatic space.”