Levine, an Artist Who Drew in Yiddish 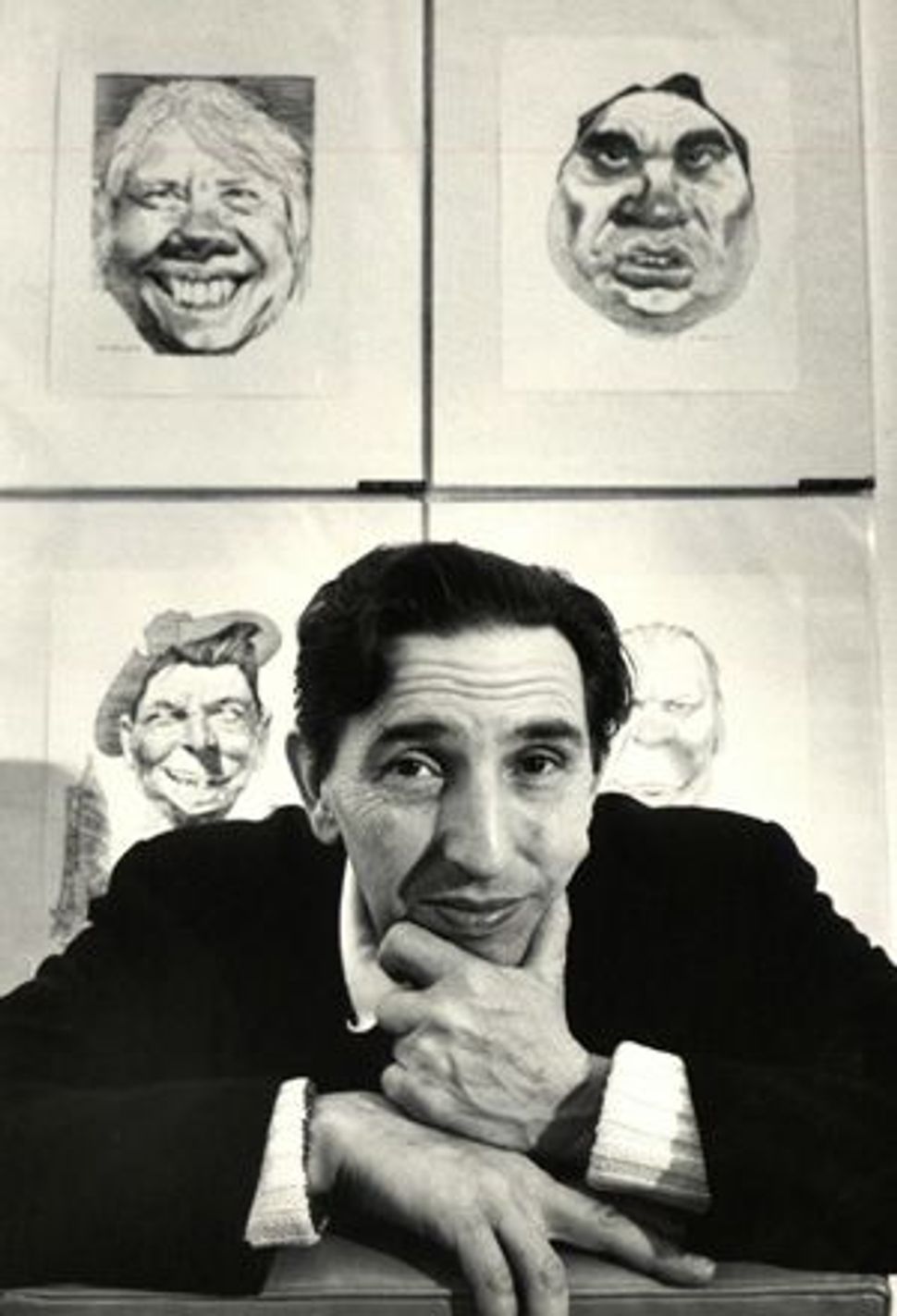 Caricature: David Levine, who died on December 29, captured the essence of politicians, writers and artists in his drawings. Image by Getty Images

David Levine, who drew idiosyncratic portraits of thousands of celebrities, politicians, artists, and other newsmakers, died on Dec. 29. The Brooklyn-born artist’s caricatures and watercolors appeared in Esquire, New York Magazine, Newsweek, The Nation, The New Yorker, Time and the New York Review of Books, where he started drawing in 1963. 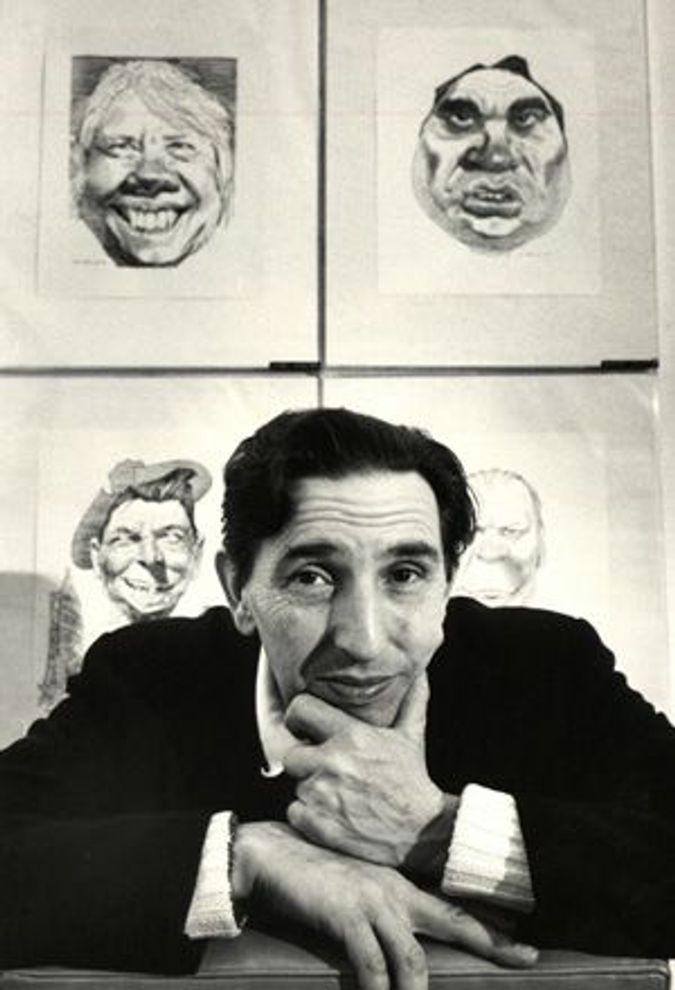 Caricature: David Levine, who died on December 29, captured the essence of politicians, writers and artists in his drawings. Image by Getty Images

Although many of those remembering Levine refer to him as an illustrator, he identified primarily as an artist. “My father’s paintings are the true expression of his genius,” says Matthew Levine, director of communications and marketing for Research to Prevent Blindness and a painter based in Westport, Conn. “He made caricatures to make a living.”

Kathy Hayes, David Levine’s wife, noted that her husband had galleries in Paris and New York.

Despite the biting satire of his caricatures, which show abstract artist Jackson Pollack peeing on a canvas (1998) and former President Jimmy Carter being ridden by a horse (1977), both Hayes and Matthew Levine say Levine was by nature a kind man.

“David loved his species. Other than politically, he always tried to see the best side of the equation,” says Hayes. “He didn’t show anger particularly; his angst was taken out in his work in a very beautiful way.” 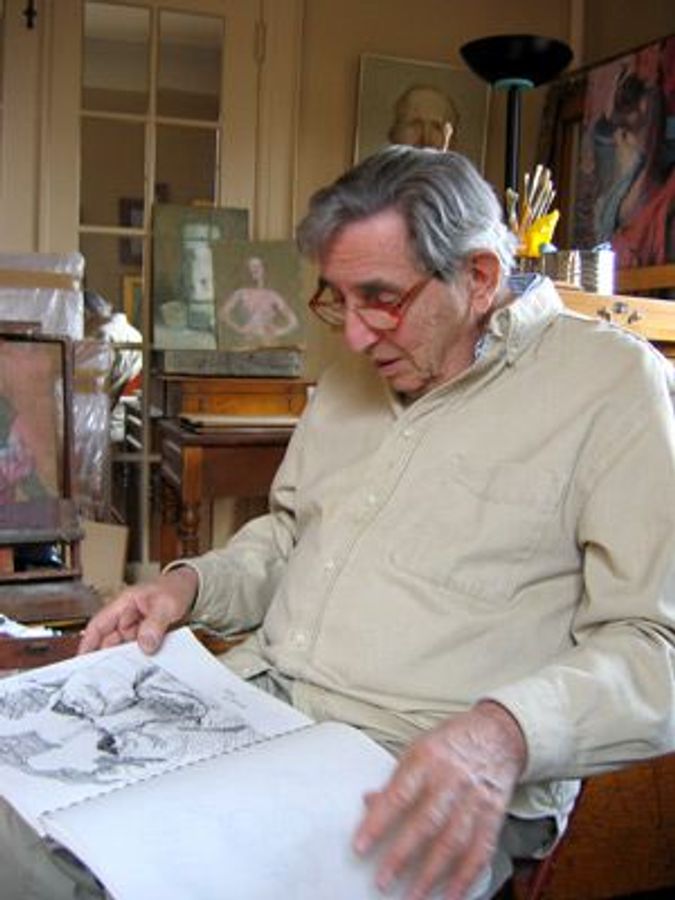 “He was so kind to people,” says Matthew Levine. “At a certain time in my life I was kind of jealous of that. He gave to everyone, not just his kids. I wasn’t special. Now I see that’s what made him great.”

According to Matthew Levine, his father, though a “very staunch atheist,” was culturally Jewish. “The whole idea of tikkun olam is somehow there in my father’s work,” he says, “not to let the people who wield power get away with using it recklessly.”

Many of Levine’s drawings depict Jewish subjects and content. Yiddish writer Isaac Bashevis Singer sits on a Star of David-shaped dish chair (1965). Former Israeli Prime Minister Golda Meir carries a bowl and spoon (1972); the chicken soup is implied. Writer Isaac Babel’s horse is his ghostwriter (1969). Sitting on a roof, Yiddish writer Sholom Aleichem fiddles with a pen on a book (1979). A drawing of a very bulky Ariel Sharon depicts the former Israeli prime minister wearing a kaffiyeh and carrying a Torah stuffed with missiles (1982).

A reporter once asked Levine what he draws in — presumably an inquiry about his medium. “I draw in Yiddish,” he replied.

“David’s pen-and-ink portraits were brilliant for characteristic accessories,” says Mark Podwal, a close friend of Levine’s who draws for The New York Times’ Op-Ed page and is the illustrator of dozens of books. “Bernard Malamud wearing a tallit as a scarf, twirling tefillin around his finger, and Philip Roth standing before a portrait of Whistler’s mother emblazoned with an ‘R.’ Kafka’s hands metamorphose into the limbs of an insect.”

Though he said he did not believe an artist could create “an adequate drawing” of Hitler, because a caricature would inherently make Hitler “cute” and “humor plays to his advantage,” Levine drew Hitler at least a dozen times.

His 1974 caricature shows Hitler with a small head perched upon an enormous bodybuilder’s torso, no doubt the way the dictator saw himself as the idealized Aryan. Evidently, Levine managed to create an entirely sober drawing without playing to Hitler’s advantage at all.

In addition to his wife and son, Levine is survived by a daughter, Eve, of Manhattan; and two stepchildren, Nancy Rommelmann of Portland, Ore., and Christopher Rommelmann of Brooklyn.

Menachem Wecker, who writes about art and religion at http://iconia.canonist.com, is based in Washington, D.C.

Levine, an Artist Who Drew in Yiddish