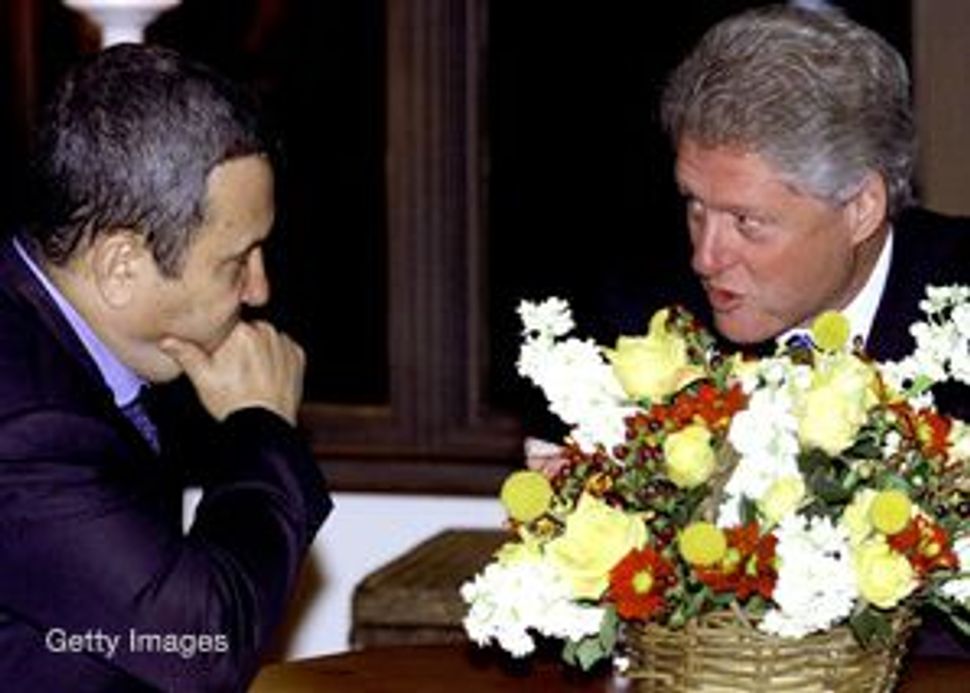 TOO LITTLE TOO LATE: A new study of American diplomacy in the Middle East says that when Bill Clinton and Ehud Barak met at Camp David it was a 'glaring failure.'

Washington – As negotiations between Israelis and Palestinians reached their peak at the Camp David summit of 2000, the Clinton administration was facing such a shortage of manpower that a translator who had no diplomatic experience was drafted to fulfill diplomatic missions in the most delicate moment of the negotiation process. 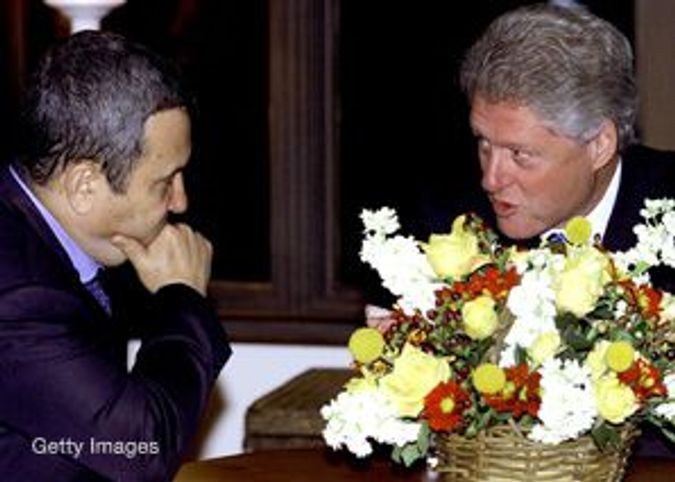 TOO LITTLE TOO LATE: A new study of American diplomacy in the Middle East says that when Bill Clinton and Ehud Barak met at Camp David it was a 'glaring failure.'

This insider account and others like it are detailed in a book, to be published in January 2008, on the past two decades of Middle East peacemaking efforts. The book, “Negotiating Arab-Israeli Peace: American Leadership in the Middle East,” is being released by the United States Institute of Peace just as the Bush administration is throwing itself into new peace talks. “Negotiating Arab-Israeli Peace” is meant to serve as a guide to current and future efforts.

The new book, written by former American ambassador to Israel and Egypt Daniel Kurtzer and U.S. Institute of Peace scholar Scott Lasensky, is an ambitious attempt to map all the failures and shortcomings of American administrations since the early 1990s. More than 100 leading policymakers were interviewed over the course of a year, including secretaries of state James Baker, Madeleine Albright and Colin Powell; senior White House officials, and leaders from Israel, the Palestinian Authority, Syria and other parties to the conflict.

The result is a scathing account of missed opportunities, mistaken decisions and bureaucratic blunders.

“Missteps in American diplomacy have been both strategic and tactical,” the book concludes, pointing to “an alarming pattern of misguided diplomacy.”

Reports like this one do not have a good track record with policymakers in recent years. Philip Wilcox, a former American consul general in Jerusalem who served for more than three decades in the Foreign Service, said that during the Kennedy and Johnson administrations, the State Department had a regular exchange of views with academics and experts, but recent administrations have been less interested in outside views.

“My impression is that this administration is immune to any kind of analysis and advice from people who are not part of it,” said Wilcox, who now heads the Foundation for Middle East Peace, a Washington group promoting Israeli-Arab peace.

He added that one of the reasons think tank studies rarely get the administration’ attention is the growing politicization of the research institutes.

The United States Institute of Peace has the advantage of its reputation for impartiality and bipartisanship. The institute was founded under a congressional mandate and was the main sponsor for the work of the Iraq Study Group.

The new study begins with the 1991 Madrid peace conference, which was arranged by George H.W. Bush’s secretary of state, James Baker. The experts interviewed for the study give Bush and Baker “the highest marks for both performance and outcomes” but are much more critical of the two administrations that followed.

Bill Clinton is characterized as being less disciplined and lacking focus and follow-through. Kurtzer and Lasensky say that when the Camp David summit rolled around, the peace team was small and isolated from other government agencies, with a severe shortage of experts on the Arab world and its culture.

In one particularly telling anecdote, the authors describe the moment when Israeli Prime Minister Ehud Barak suddenly agreed to discuss the future of Jerusalem during the Camp David summit. The American team was caught by surprise and sent out every available expert to figure out what the American policy on Jerusalem was.

“It was one of the most dysfunctional groups of people I’ve ever worked with and will ever work with,” an unnamed former State Department official says of the Clinton peace team in the book.

Kurtzer and Lasensky describe Camp David as “the most glaring failure” of the period.

George W. Bush’s policy toward the region “lacked both commitment and a sense of strategic purpose,” according to the authors. They say that Bush missed several opportunities to take on peacemaking, from a 2001 report by former senator George Mitchell to a 2002 Arab League initiative and on through the 2005 election of Palestinian Authority President Mahmoud Abbas. The book argues that Bush’s brokering attempts were hampered by internal disputes between the State Department and National Security Council, with special envoys getting little or no backing from the president.

The study also takes a critical look at the relations of the three administrations with Israel and the Jewish community and finds that Clinton and George W. Bush tended to take the Israeli standpoint instead of insisting on the American view.

“Our conceptions were filtered far too much through what Israel needed and wanted and required,” a former senior official from the Clinton era told the authors.

According to the book, at the peak of talks between Israel and Syria in 2000, the United States “was reduced to delivering an Israeli proposal to Syria.”

The authors argue that the only president to stand up to Israel and the Jewish community was the senior Bush, who insisted that Israel freeze settlements before receiving loan guarantees. Even this, the authors write, was handled in a problematic way, since it “unnecessarily alienated” pro-Israel groups in the United States and caused Clinton and the junior Bush to “overcompensate in a way that created a different set of problems.”

The report concludes that “the challenge for the president is to engage in tough love with Israel.”

The authors set out not only to map the failures of the past but also to provide diplomats in the current peace process with a manual for effectively pursuing peace in the region.

Kurtzer, who is currently a professor at Princeton University, says that many of his old colleagues will likely feel uncomfortable with the book’s sharp criticism of their conduct. But the authors and experts interviewed for the study see it as crucial to learn from past mistakes.