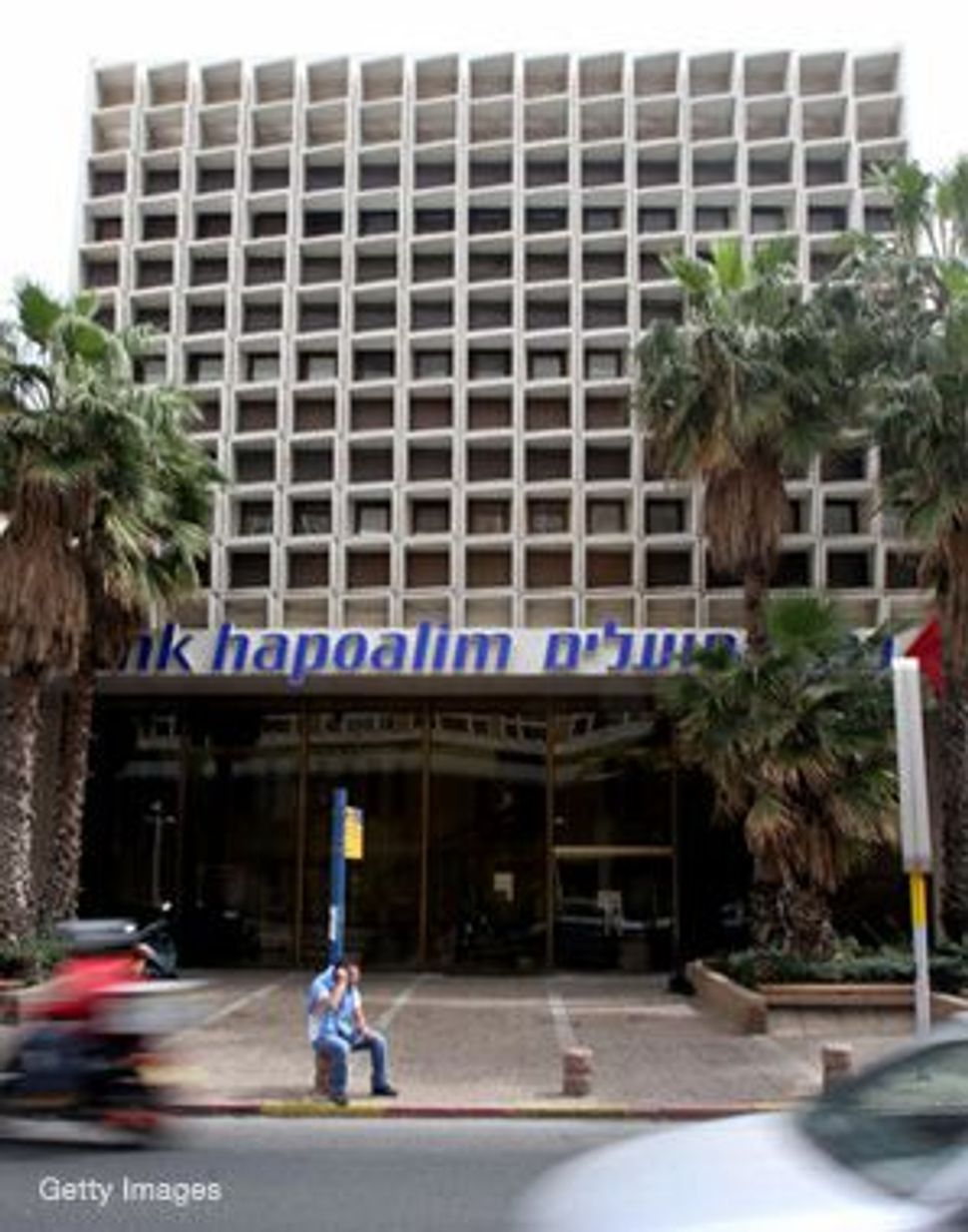 MONEY: Several banks are under scrutiny for questionable transfers.

Two of Israel’s biggest banks are mired in a court battle over allegations that they conducted transactions that ultimately benefited Hamas and its affiliates. 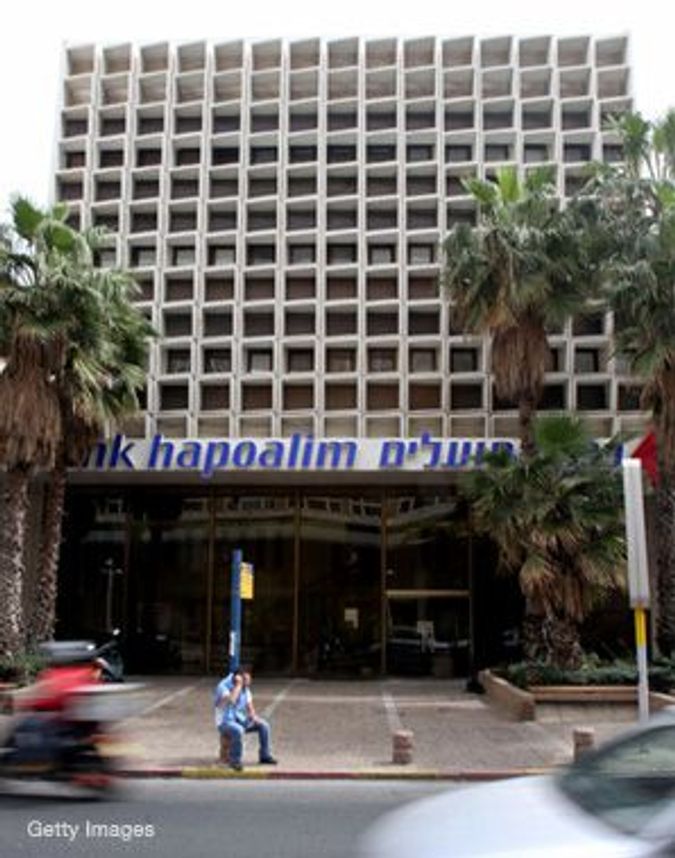 MONEY: Several banks are under scrutiny for questionable transfers.

Bank Hapoalim and Israel Discount Bank are facing charges in New York federal court that they violated American anti-terrorism finance laws by allegedly serving as a conduit for Hamas. The accusations come from the Arab Bank of Jordan, which was first accused of similar charges and is now striking back by throwing the charges at the Israeli banks.

On November 30, the Israeli banks jointly filed motions to dismiss the Arab Bank’s complaint, claiming that the Arab Bank had failed to provide evidence of the Israeli banks’ intent to support terrorism-related entities. But in September, it was revealed that nearly three-quarters of a million dollars made its way from Israel Discount Bank to Hamas’s main armed group.

Over the past few years, the United States and other governments have asked the financial community to monitor suspicious transactions and customers more carefully. The scrutiny on Israel underscores the difficulty in prosecuting these cases given the intricacies of international banking.

“Banks have become increasingly vulnerable for a broader range of activities,” said Peter Djinis, a former senior official at the Treasury Department’s Financial Crimes Enforcement Network who is now in private practice. “There is growing emphasis put by governments on the need for banks to pay more attention to their customers, even indirect ones.”

The initial charges against the Arab Bank of Jordan go back to 2004. Since an initial case in Brooklyn’s eastern district court, several suits have been filed by families of Americans as well as by Israeli victims of terrorist attacks. The victims have charged that the Arab Bank participated in a scheme to provide money to the families of Palestinian terrorists.

In addition to the suits, in August 2005 the Arab Bank was slapped with a $24 million penalty by American banking regulators for failing to implement anti-money-laundering controls.

Federal judge Nina Gershon has allowed the suit against the Arab Bank to proceed. The legal bombshell came in April, when the Arab Bank filed so-called third-party complaints in which it contended that Hapoalim, Discount and other unnamed Israeli banks should be liable if the Arab bank had to pay damages. The reason, Arab Bank said in its motion, was that the banks had funneled millions of dollars to Palestinian entities suspected of having ties to Hamas, strikingly similar allegations to the ones against the Arab Bank.

The complaint against the Israeli banks cites instances where they transferred funds to Palestinian entities listed by Israel as either illegal or terrorist entities, including multimillion-dollar operations. The Arab Bank has refused to disclose the evidence it has of such operations, arguing that they are covered by bank secrecy rules.
The two Israeli banks have filed a joint motion to dismiss in late November, arguing that the Arab bank argument lacked substance, especially in determining the intent of the Israeli banks to support such entities. The banks also noted that their involvement, if any, is much less direct than the Arab Bank’s. The Jordanian bank declined comment, as did the Israel Discount Bank.

Bank Hapoalim said in a statement that it would “continue to defend itself vigorously against Arab Bank’s unfounded allegations…. The suggestion that Bank Hapoalim supported terrorism against Israeli citizens — or anyone else — is absurd on its face.”

Arab Bank has argued in court that the counsels for the plaintiffs have “apparently made a strategic decision” to name Arab Bank as the sole defendant, despite being quoted in the media about their willingness to seek justice against all banks. The plaintiffs have also sued two European banks — NatWest and Crédit Lyonnais — but have refrained from doing the same with Israeli and American banks.

For several years, Israeli banks have complained about the lack of clear government guidelines regarding dealings with Palestinian entities, in particular those pertaining to anti-terrorism financing legislation enacted by the Knesset in 2004. According to the law, the Justice Ministry is to issue regulations regarding the terrorist organizations with which financial institutions are barred from doing business dealing.

It has been three years since the law was enacted, and the Justice Ministry has yet to issue final guidelines, according to an article in the Israeli daily Ma’ariv. In the interim, the Defense Ministry has published a series of emergency regulations on doing business with Palestinian entities, but the information provided to Israeli banks is limited.

The Defense Ministry’s Web site, for example, lists 200 organizations as terrorist entities with which Israeli banks are barred from conducting financial transactions. The list’s American equivalent, by contrast, includes roughly 800 organizations. There is only one entry for Hamas on the Israeli list, whereas the American list has some 30 charities and individuals tied to the Islamist group.

The consequences of the muddled situation emerged in September, when Israeli authorities discovered that roughly $745,000 transferred by Israel Discount Bank ended up in the coffers of the Executive Force, Hamas’s main security force in Gaza. The money, which was classified as wages paid out by the Palestinian Authority, was wired to Executive Force-controlled accounts at the Palestine Islamic Bank in Gaza.

According to Israeli media, the Palestine Islamic Bank received the transfer in shekels from the Bank of Palestine, which in turn obtained the money from Israel Discount Bank under an Israeli-Palestinian agreement known as the “Paris Accords.” Signed in 1994 as part of the Oslo peace process, the Paris Accords gave Israel Discount Bank and Bank Hapoalim exclusive rights to provide financial services to the P.A.

The incident prompted an investigation by the Israeli Justice Ministry’s anti-money-laundering unit and led Bank Hapoalim to stop providing Israeli currency and correspondent banking services to Gaza after Jerusalem declared the strip an “enemy entity” in late September. Israel Discount Bank, which initially responded to the revelations by asserting that it had no control over the money once it was transferred to the Bank of Palestine, soon followed suit.

In late September, the Bank of Israel and the Israeli Finance Ministry asked the state-owned Postal Bank to assume responsibility for currency deliveries to Palestinian institutions, as well as to manage the shekel accounts of banks operating in the Palestinian territories. But the Postal Bank has refused to provide financial services to Palestinian banks unless it receives financial compensation from the Israeli government, because doing so could expose it to legal claims.