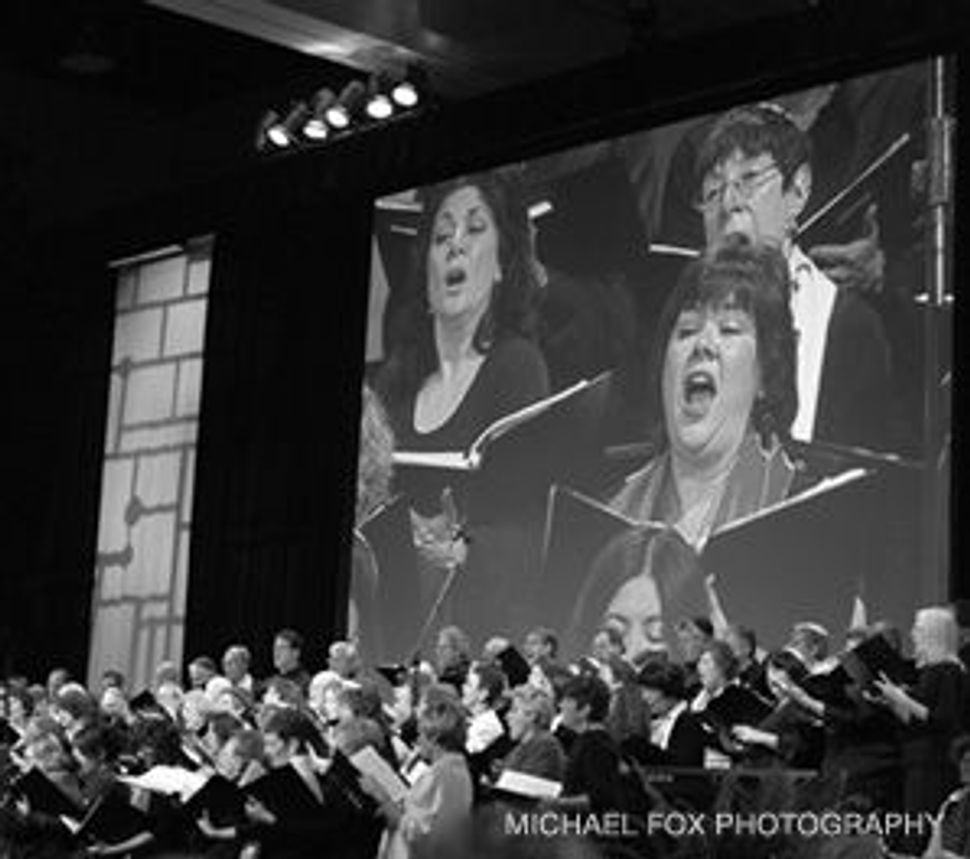 SOMETHING BORROWED: Delegates to the Union for Reform Judaism’s biennial convention joined a massive church-style service

San Diego – In a darkened room at the San Diego Convention Center last week, nearly 1,000 people clapped, sang and danced to evening prayers, with the words projected on two large screens against a bucolic backdrop of mountain vistas and rolling streams. 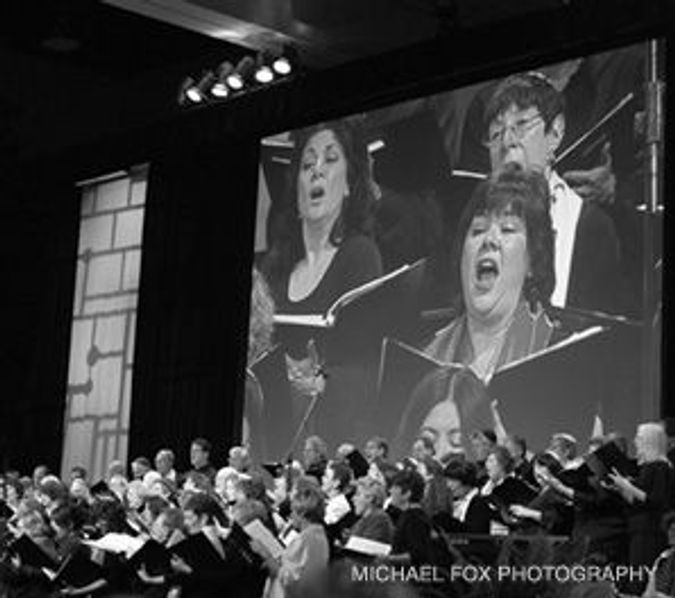 SOMETHING BORROWED: Delegates to the Union for Reform Judaism's biennial convention joined a massive church-style service

Featuring a five-piece band and a charismatic, storytelling leader, the evening service could have been held at any of the growing number of mega-churches in America.

But the service was in Hebrew, the prayers were lifted from the new Mishkan T’filah siddur and the participants were delegates to the Union for Reform Judaism’s biennial convention, December 12-16.

Ideas borrowed from evangelical mega-churches were in abundance at the five-day biennial, a trend championed by Ron Wolfson, co-founder of Synagogue 3000, which is a Los Angeles-based organization dedicated to synagogue revitalization.

For more than a decade, Wolfson has been studying the success of Saddleback Church in Orange County, Calif., and has developed a close bond with its pastor, Rick Warren, who spoke to the biennial.

“Where do you think we got the idea?” Wolfson said of the service.

In the 19th century, the architects of Reform Judaism, seeking a more enlightened, rational and modern style of worship, borrowed heavily from their Protestant neighbors. They held weekly services Sunday, cloaked rabbis in long black robes and worshipped in a high-cathedral style.

While the movement today is increasingly embracing Jewish traditions it once shunned, Reform leaders insist they must remain open to innovation. And again they are finding inspiration in Christian churches, the most successful of which hold boisterous music-driven services, expertly utilize new technologies and offer a warm and welcoming atmosphere.

“If the mega-churches can do it, maybe it’ll work for us,” said one member of Holy Blossom Temple, a large Reform congregation in Toronto. “I’m open to anything. As long as Jews are praying, I’m happy.”

The Reform movement has an estimated 1.5 million members spread over nearly 900 congregations, several of which boast membership rolls running into the thousands. Less trumpeted, however, is the movement’s struggle to retain its members. Congregations frequently report a precipitous decline in membership after a child’s bar mitzvah, when both the child and the family often drop out of synagogue life.

“The most pressing challenge for congregations is attracting and retaining members,” Peter Weidhorn, the incoming chairman of the URJ’s board of trustees, told the biennial Sunday.

Weidhorn cited a recent study showing that the movement’s congregations are not as welcoming as many Reform Jews believe them to be.

Participants throughout the biennial were encouraged repeatedly to be more welcoming of newcomers to their communities in a manner that has become a hallmark of the mega-church phenomenon.

At Saddleback, first-timers are directed to park their cars in a designated area, where they are greeted by ushers and escorted to their seats. Several Reform congregational leaders said they have already replaced synagogue ushers with “greeters” who perform a similar function.

At an evening plenary session December 13, Warren, author of the best-seller “The Purpose Driven Life,” discussed how he grew Saddleback so large that he expects 42,000 worshippers to attend his 14 Christmas services next week.

“One of the keys to building your congregations is just to be nice to people,” Warren told the audience. “Smile. People have a longing for belonging.”

Beyond being friendly, Reform rabbis are also looking to new technologies, such as video screens, to enhance the prayer experience.

Rabbi Billy Dreskin, a congregational rabbi in White Plains, N.Y., and the leader of the biennial’s first mega-church-style service, is considered a movement pioneer in this area. His workshop on the use of technology in worship drew 200 participants.