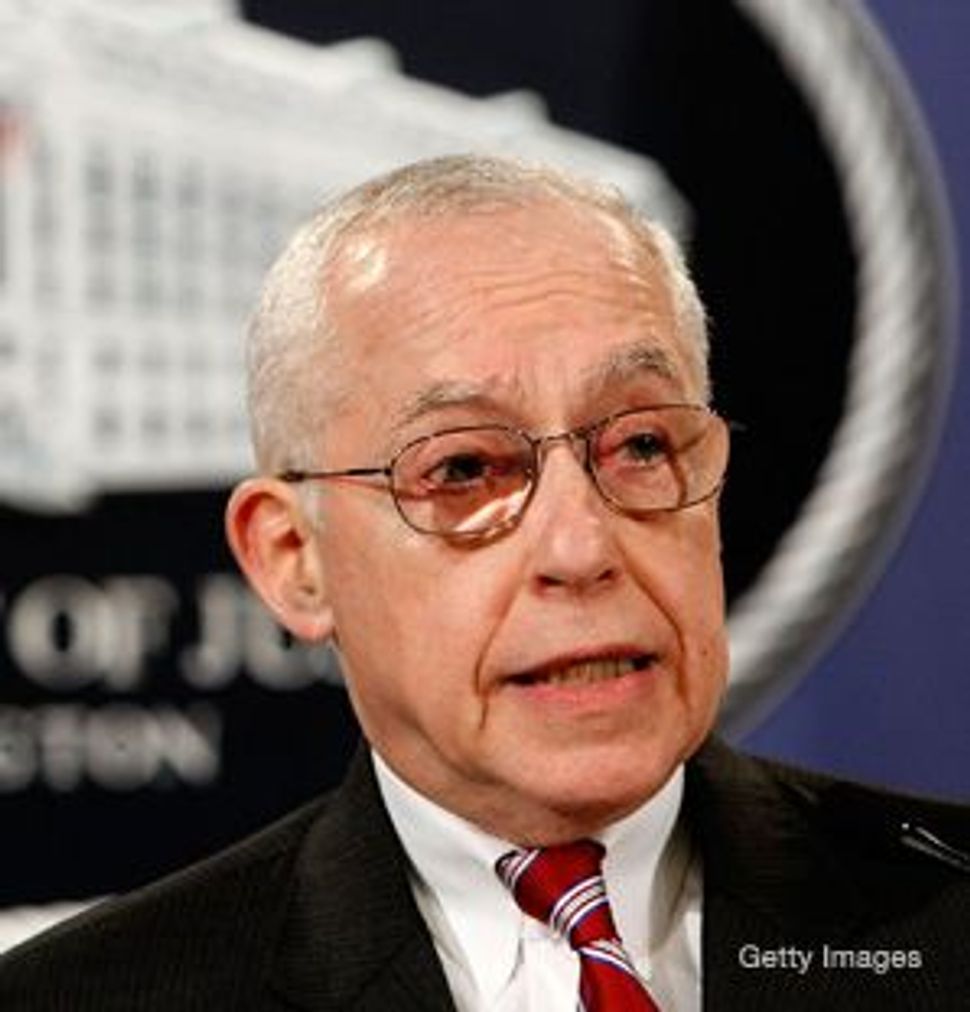 MUKASEY: New attorney general’s views on water-boarding are under scrutiny

The American Jewish Committee last week became the first, and to date only, mainstream Jewish group to give strong public backing to proposed legislation that would ban the use of torture by American military, intelligence and law-enforcement personnel. 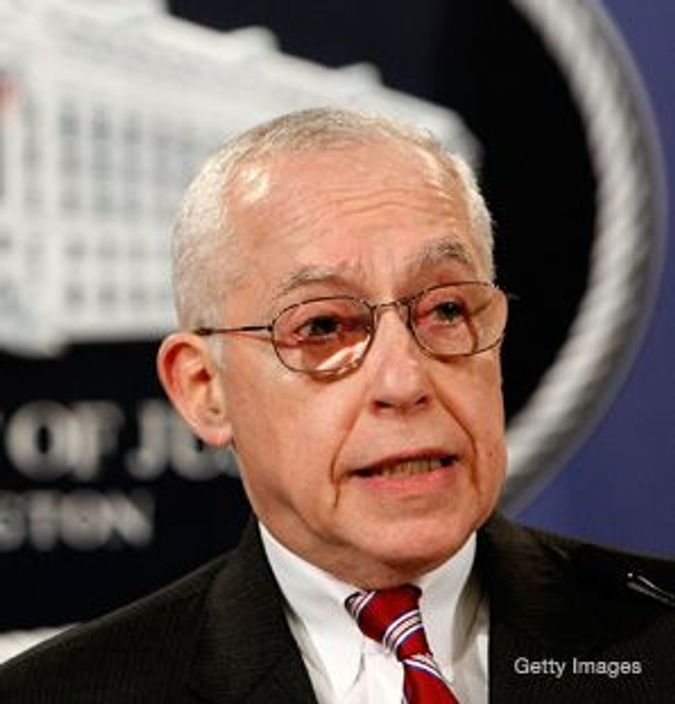 MUKASEY: New attorney general's views on water-boarding are under scrutiny

On December 10, the AJCommittee’s board of governors passed a resolution expressly condemning the use of so-called enhanced interrogation techniques. Two days later the group also sent a letter to all members of Congress, urging them to support legislation that would force CIA interrogators to follow the guidelines set forth by the Army’s field manual, which bans waterboarding, mock executions and other harsh methods.

Most other Jewish organizations with prominent advocacy efforts in Washington, however, have been noticeably absent from efforts to push through the anti-torture legislation and from the broader national debate about the alleged use of enhanced interrogation techniques by American security forces.

“There was a shocking silence of the Jewish community on the issue of torture, and there is still a lacuna on this vital issue, to my eye,” said Felice Gaer, director of the AJCommittee’s Jacob Blaustein Institute for the Advancement of Human Rights. “All Americans, Jewish and non-Jewish, need to be more vocal on this matter… Jews particularly know that torture is antithetical to everything in our tradition, ethics and outlook.”

The Anti-Defamation League and the American Jewish Congress, long leading advocates for civil liberties, have not weighed in on the pending anti-torture legislation, nor has the Conference of Presidents of Major American Jewish Organizations, the umbrella body of Jewish communal organizations.

A spokeswoman for B’nai B’rith International, Sharon Bender, said the issue was not an immediate priority for the organization. The AJCongress did not return queries for comment.

The communal organizations most actively involved in efforts to ban the use of torture by American security forces have been those traditionally associated with more liberal causes. The Jewish Council for Public Affairs, the national coordinating body for community relations councils, has urged its members to call their senators to support the bill. Meanwhile, several progressive groups, including the Union for Reform Judaism, The Shalom Center and Rabbis for Human Rights-North America, have signed on to the National Religious Coalition Against Torture, an alliance of more than 140 groups.

In recent weeks, the issue of torture has been the subject of heated debate in Congress, particularly after revelations that the CIA had destroyed videotapes of its agents waterboarding two Al Qaeda operatives. Last Thursday the House approved the anti-torture legislation, but a day later, Senate Republicans blocked a vote on the same bill. The White House has indicated it would veto such legislation.

Last month, the issue of waterboarding nearly derailed the Senate confirmation of federal judge Michael Mukasey as attorney general. During his confirmation hearings, Mukasey repeatedly refused to state that waterboarding constituted torture. He promised senators that if nominated, he would review Justice Department memos before taking a stance on the issue. Last week, Mukasey said he had not yet finished that review.

Mukasey is Jewish, as is his chief supporter in the Senate, New York Democrat Charles Schumer. In the resolution that its board of governors adopted last week, the AJCommittee appears to suggest that one need only look back into Jewish history to draw a clear conclusion on the illegality of the harsh interrogation technique.

“We are concerned as to the current national discussion, which suggests that there is some question as to whether waterboarding is legal and whether it constitutes torture,” the AJCommittee states. “Waterboarding — an interrogation practice associated with the Spanish Inquisition and prosecuted under U.S. law as torture as much as a century ago — is unquestionably torture.”

A similar condemnation of the practice was offered last month by the AJCongress, which has otherwise mostly steered clear of the anti-torture debate. In a November 9 statement welcoming Mukasey’s appointment, AJCongress President Richard Gordon called “on the Congress to act with dispatch to unambiguously declare waterboarding illegal.”

In 2005, both the AJCommittee and the AJCongress threw their support behind an amendment, sponsored by Republican Senator John McCain, prohibiting the use of enhanced interrogation techniques. The Senate approved the bill by a large majority but the measure was effectively weakened by legislation adopted in 2006.

As the anti-terrorist measures adopted by the Bush administration come under increasing fire, Jewish groups have been scrambling to find the right balance between national security concerns and their traditional defense of human rights.

The executive director of Rabbis for Human Rights-North America, Rabbi Brian Walt, said that the reluctance of a large segment of the organized Jewish community to speak out against harsh interrogation techniques stems partly from the belief that torture may help to prevent terrorist attacks, as well as from concern that heightened scrutiny of American security forces’ methods could draw increased attention to Israel’s own interrogation practices.

“This is ironic,” he said, noting that Israel’s Supreme Court banned torture in 1999, “since Israel has a better record than the U.S. on this.”