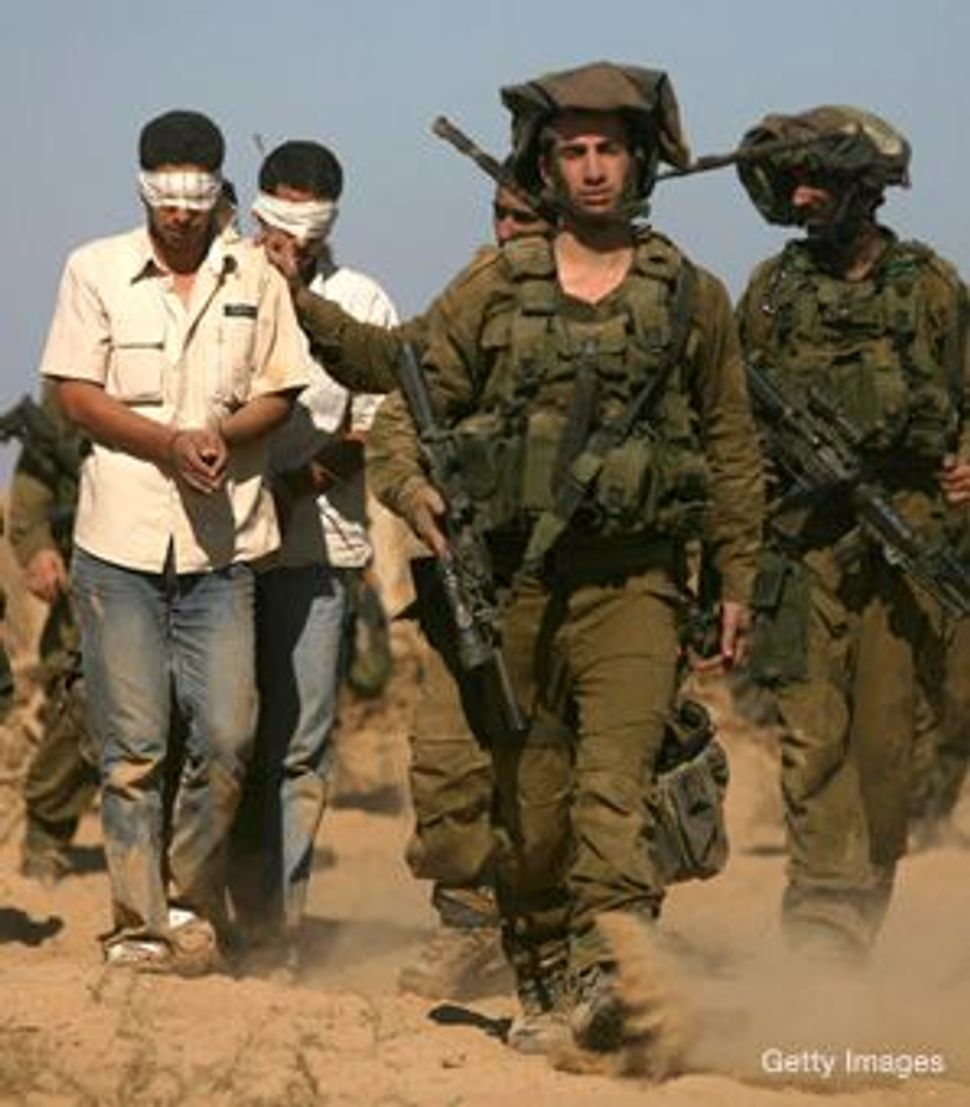 Washington – As Israel stepped up air attacks on Gaza this week, the Bush administration refrained from blocking any measures or criticizing Israel’s activity. 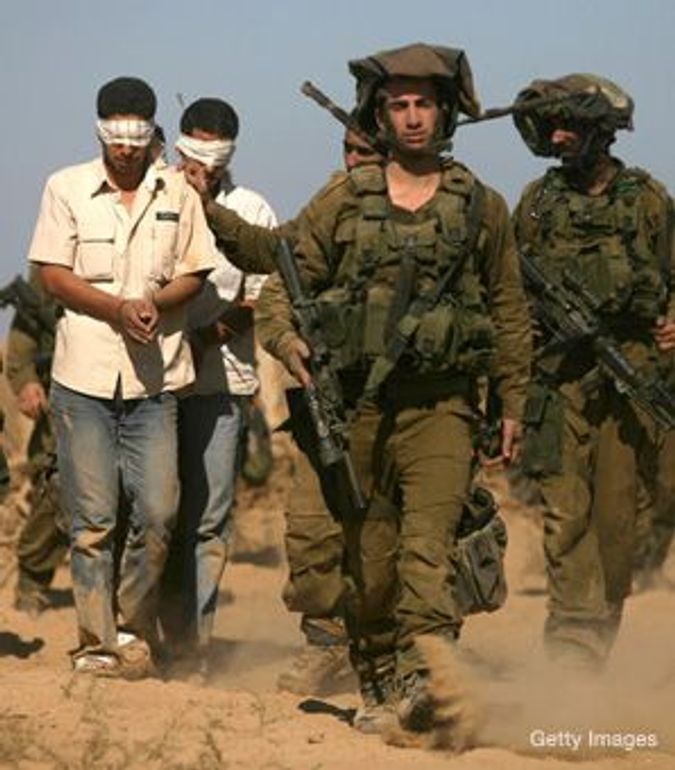 The Israeli Air Force last week renewed the practice known as “targeted killing” against members of the Palestinian Islamic Jihad group in Gaza. Israeli officials have said in recent weeks that if rocket fire against Israeli towns is not stopped, further escalation might be imminent, including a full-scale ground incursion into the Hamas-controlled strip.

Administration officials have directed all the blame for the deteriorating situation in Gaza onto Hamas, which seized control of the area in June. Israel, according to diplomatic sources in Washington, was not asked to scale down its actions or to refrain from a ground operation. “I haven’t heard of any red light,” an Israeli official said. The administration’s policy since the recent Annapolis, Md., peace summit entails a two-pronged approach toward the Palestinian Authority. On one hand, Washington will allow Israel to take tough measures against Hamas-ruled Gaza. On the other hand, assistance will be increased to the government of Fatah leader Mahmoud Abbas in the West Bank. At a December 17 donor conference in Paris, the administration pledged $550 million in aid to Abbas’s P.A., an amount that exceeds any previous American financial assistance to the Palestinians.

The latest series of Israeli air strikes in Gaza left 13 Palestinian militants dead. According to Israeli reports, 11 of them were members of Palestinian Islamic Jihad and two others were Hamas members. The Israeli attacks came in response to intensified rocket and mortar shelling aimed at Israeli towns in the northern Negev. Israeli officials have counted 2,000 rockets fired in the past several months.

While the Israeli death toll from the shelling remained relatively low, several events in recent weeks — including the injury of a toddler in Sderot and a direct hit on an industrial plant near Ashkelon — have seized headlines and have increased public pressure on Jerusalem to respond with force. In this period, Defense Minister Ehud Barak has said several times that Israel is considering sending ground troops into Gaza, though no such proposal has yet been brought to the government for approval.

Barak said this week that the air strikes in Gaza have been successful so far, but he added a warning of possible Palestinian retaliation. “We must be on our guard for the responses that may come from the other side,” Barak said after a meeting in Tel Aviv with the new American envoy to the region, James Jones, who was appointed by Secretary of State Condoleezza Rice to oversee the implementation of the administration’s so-called road map to peace.

In past years, American administrations have been critical of the practice of targeted killing and have warned Israel of possible consequences from large-scale military operations against the Palestinians. Currently, however, the administration is conspicuously silent. White House spokeswoman Dana Perino, asked Tuesday about the Israeli attacks, said that Israel “has a right to live in a country free from terrorism. So do we. So does every nation.”

Tamara Cofman-Wittes, a senior fellow with the Saban Center at the Brookings Institution in Washington, said that, based on past experience, “the inclination of this administration is not to block Israel from taking military action.” Cofman-Wittes added that the Bush administration is sympathetic to Israel’s security needs and to the domestic political pressure on Ehud Olmert’s government to stop rocket-firing from Gaza.

The only issue raised by the Americans in their recent conversations with Israelis, according to Israeli sources, has been their concern about further deterioration of the humanitarian situation in Gaza. Washington has asked Israel not to cut off electricity to Gaza completely, a measure seen in Israel as an effective means of pressuring Hamas. The secretary of state, in an interview last week with The Associated Press, blamed Hamas for the situation on the ground. Rice promised, however, that America does not “intend to allow it to become a humanitarian crisis.”

“They understand our need to react,” an Israeli official said, speaking on condition of anonymity. The official added that the administration is aware of the internal deliberations in Israel regarding a ground operation in Gaza but is not trying to weigh in on the debate.

With international fears of a Gaza humanitarian crisis mounting, attention is being focused increasingly on the reopening of Gaza’s border crossings with Israel and Egypt. Israel has kept the main crossings closed since the Hamas takeover in June, fearing they will be used to smuggle terrorists and arms. This week, the Middle East Quartet — which coordinates the policies of the United States, the European Union, Russia and the United Nations — endorsed a proposal by the P.A.’s prime minister, Salam Fayyad, for Israel to give control of the crossings to Fatah. According to Fayyad, control of the crossings by the P.A. would ease Israel’s security concerns. Additionally, it would strengthen Fatah in its struggle with Hamas by putting it in charge of Gaza’s vital trade and commerce, crucial to easing conditions for Gaza residents. The quartet said in a joint statement that it “encourages contacts” between Israel and the P.A. to pursue ideas such as a border-crossing handover. But Israeli sources told the Forward that Jerusalem is not backing Fayyad’s proposal, partly because of security concerns and partly because it is seen as increasing cooperation between Fatah and Hamas.

The Bush administration, while putting the blame on Hamas for the situation in Gaza, is continuing to take measures meant to bolster the Fatah government. In Monday’s Paris meeting of the donor countries supporting the P.A., Rice pledged $550 million in American aid. Of this amount, an aid package of $400 million has already been presented to Congress. It is directed toward development projects, reforming Palestinian security forces and humanitarian assistance. Another $150 million will be in the form of direct aid to the Abbas-Fayyad Palestinian government to help it pay salaries and carry out its operations. “There needs to be a significant element of direct assistance,” said Ziad Asali, who heads the American Task Force on Palestine. “Without such aid, the only potential partner for peace in the region will collapse and Hamas will inherit the land.”

Parts of the assistance program were presented to the House Foreign Affairs Committee last week. In past years, Congress has carefully scrutinized any aid to the Palestinians and insisted that no money go directly to the P.A. Now, while still critical of the administration’s oversight on the use of the money, members of Congress seemed to be more open to the idea of increasing aid to the Fatah-led P.A. “The president’s proposal supports the leadership of President Abbas and Prime Minister Fayyad, which is absolutely worth doing — the only alternative being Hamas,” said Rep. Gary Ackerman, chair of the Middle East subcommittee. Still, Ackerman was critical of how the money will be used. “There is no conditionality, there are no performance measures, and there are no incentives or disincentives for the kinds of changes and reforms necessary to rehabilitate and reinvigorate the Palestinian Authority,” he said.