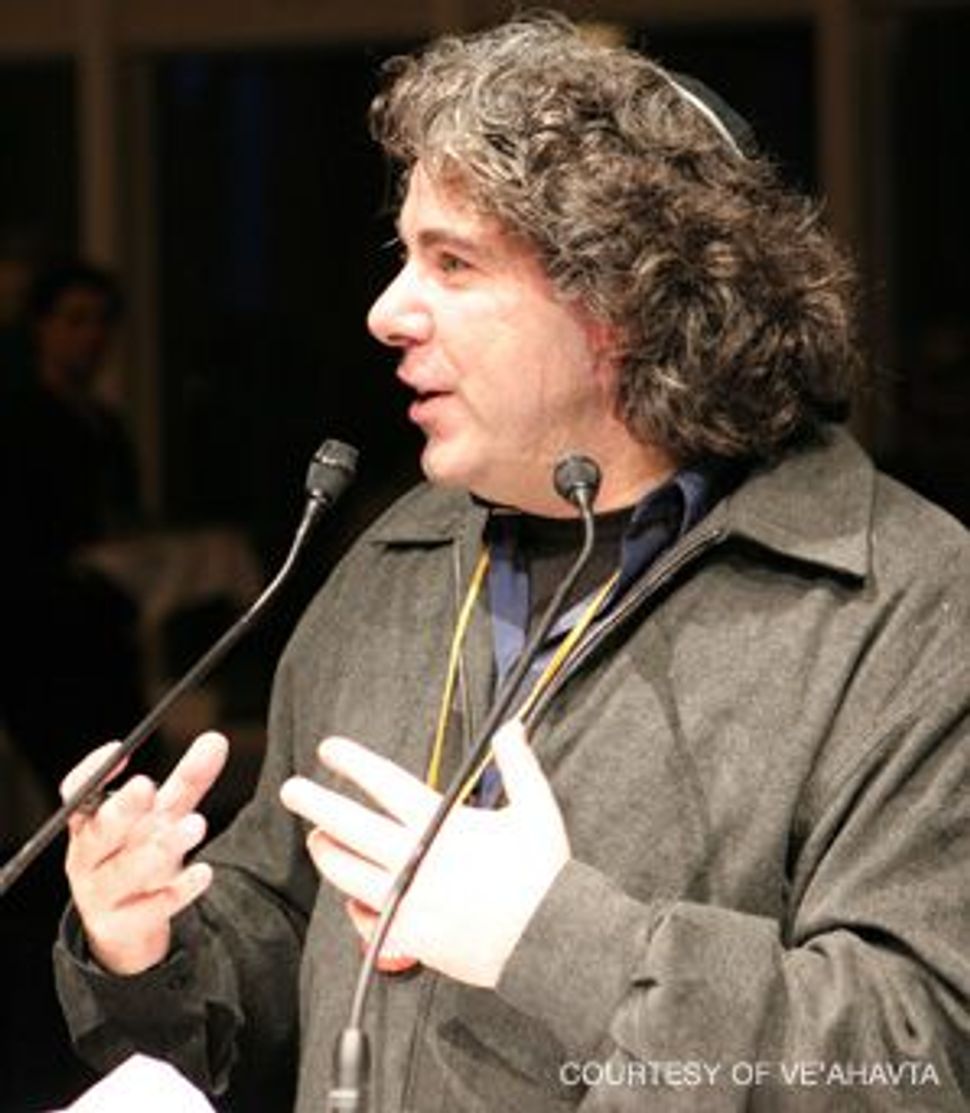 REBEL: Avrum Rosensweig is the renegade founder of Ve’ahavta

Toronto – This past week, as Toronto struggled with its first major snowstorm of the winter, Ve’ahavta, Canada’s Jewish humanitarian and relief organization, took to the streets to comfort and feed the homeless. A van staffed by Jewish volunteers from the affluent suburbs made its way through the downtown core, distributing blankets, clothing and food. 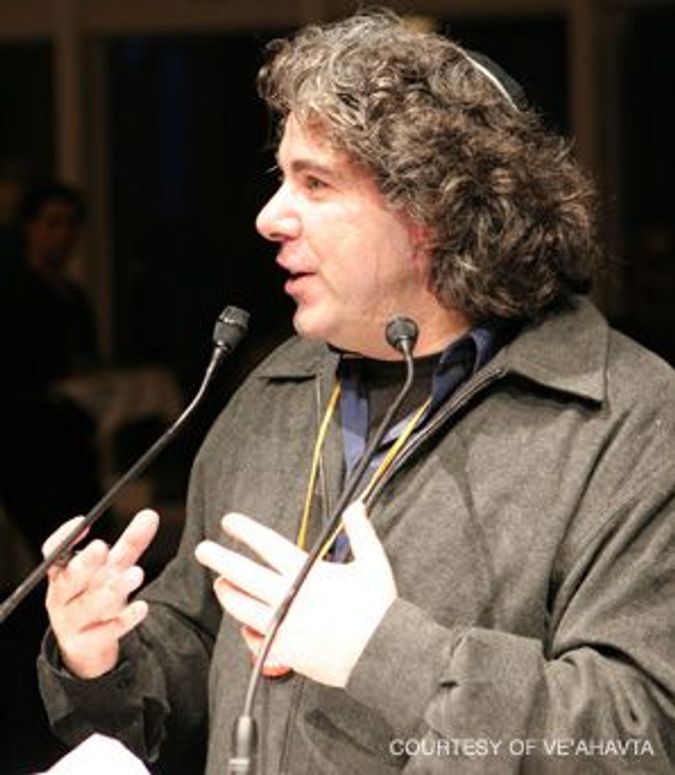 REBEL: Avrum Rosensweig is the renegade founder of Ve'ahavta

For 47-year-old Avrum Rosensweig, the social activist who founded Ve’ahavta, it was business as usual. The homeless project has been a signature initiative of Ve’ahavta since the not-for-profit was created a decade ago. At the time, it also launched a two-week, 10-person medical mission to remote areas of Guyana; it carries out this mission every February.

Yet in the intervening 10 years, much has changed for both Ve’ahavta and Rosensweig. The group has done overseas projects in Zimbabwe, Chad, Sri Lanka, Cuba, El Salvador, Honduras, Argentina and (coming soon) northern Israel, and its genial, energetic founder has recruited a corps of 1,000 volunteers Ρ mostly Jewish doctors, nurses and other professionals Ρ to mount short-term missions.

Rosensweig also has accumulated an annual budget of $1.2-million Ρ or closer to $2-million, if donations in kind are considered Ρ a far cry from the $75,000 he raised during the group’s first year. Ve’ahavta recently celebrated its anniversary with a gala dinner for which patrons paid $500 a ticket (as well as $1,800 each for a pre-dinner cocktail with special guest Elie Wiesel). The fundraiser netted more than $300,000.

Rosensweig, too, has come a long way. For most of Ve’ahavta’s history, he was unable to accompany his volunteers overseas: He suffers from agoraphobia (the fear of having a panic attack in a setting that permits no easy means of escape). “It was like conducting a symphony but not being able to play any of the instruments,” he said.

In December 2006, however, he achieved a breakthrough. He took a 10-hour flight to Buenos Aires, leading a group of 22 Toronto Jewish high-school students who volunteered for two-and-a-half weeks with social welfare agencies helping Argentina’s needy Jews.

“Ve’ahavta was a dream, and he [fulfilled] it,” said Paul Lindzon, a businessman who joined the NGO’s board of directors eight years ago after volunteering on the Toronto homeless project. “He built it from a one-person operation. He was a visionary, yet he was also able to find talented staff to run the programs. I’ve never met anyone quite like him. He’s spiritual and nonspiritual at the same time.”

This duality reflects Rosensweig’s formative years. He was born into an Orthodox rabbinic family in Kitchener, near Toronto, and faced what he recalls as “an awful lot of pressure to become a talmudic scholar.” He studied at yeshivas in Toronto and Jerusalem, but by his early 20s he was rejecting Orthodox Judaism as too constricting.

For the next decade, he worked as a commodities broker, studied journalism at a community college, hosted a Hebrew-English radio show and, at age 28, became a fundraiser for the UJA Federation of Toronto. “It made me much happier not to be halachic, but the community was in my blood,” he said.

Then, in 1994, came the Rwandan genocide Ρ and a personal epiphany. “A bubble burst inside of me,” he recalled. “I always believed that we Jews, who had said ‘Never again’ after the Holocaust, would respond appropriately when such things were happening. Instead, I saw an indifference within the Jewish people not much different than that in other people.”

Animated by a vision of giving every Jew the opportunity to practice tikkun olam (repairing the world), he quit the federation and launched Ve’ahavta with the help of a UJA donor. (True to Rosensweig’s original motivation Ρ the need to respond to genocide Ρ he has made Ve’ahavta a leader in the Canadian NGO community’s efforts to stir public outrage at the genocide in Darfur.)

He has steeped the not-for-profit in Jewish values. It takes its name from the biblical injunction to “love thy neighbor as thyself.” It also has a Torah scroll as its logo. Rosensweig begins all meetings with a d’var Torah (a brief discourse on the week’s Torah portion). The volunteers do not work on the Sabbath or the Jewish holidays.

Volunteers who keep kosher bring dehydrated kosher food on their overseas assignments. On the Guyana mission, there’s a kiddush every Friday evening. Each April, Ve’ahavta holds a Passover Seder for 150 of Toronto’s needy at Congregation Habonim, the egalitarian synagogue where Rosensweig serves as assistant spiritual leader.

“Being Jewish also means not being insular,” Rosensweig said. “We are inclusive and universalist in our thinking. We fight antisemitism by going out and meeting the world. When we meet people abroad who are not Jewish, we let them know that we are Jewish. There’s a good chance they’ll then have a positive view of the Jewish people.”

According to Geoffrey Clarfield, the NGO’s co-director, Rosensweig has tapped into an evolving social impulse among Jewish business and professional people. “Jews in their 50s and 60s are concerned with Jewish survival and continuity,” he said, “whereas younger Jews were often looking for ways to do mainstream community service.”

When not pursuing his social-action agenda, Rosensweig has plenty to keep him busy. He writes a weekly column for a Jewish newspaper and co-hosts “The Moveable Feast,” a TV show that plays to his epicurean side. He and a colleague travel in a customized RV to the kitchens of top chefs, sampling their gourmet dishes.

Asked if he aspires to start his own restaurant one day, Rosensweig demurred: “What I would like to start is a funky Jewish club in Toronto Ρ with blues, rock ’n’ roll and Jewish music, too, and a kosher kitchen.” Then he paused. “I have a very long to-do list.”