No God? No Problem 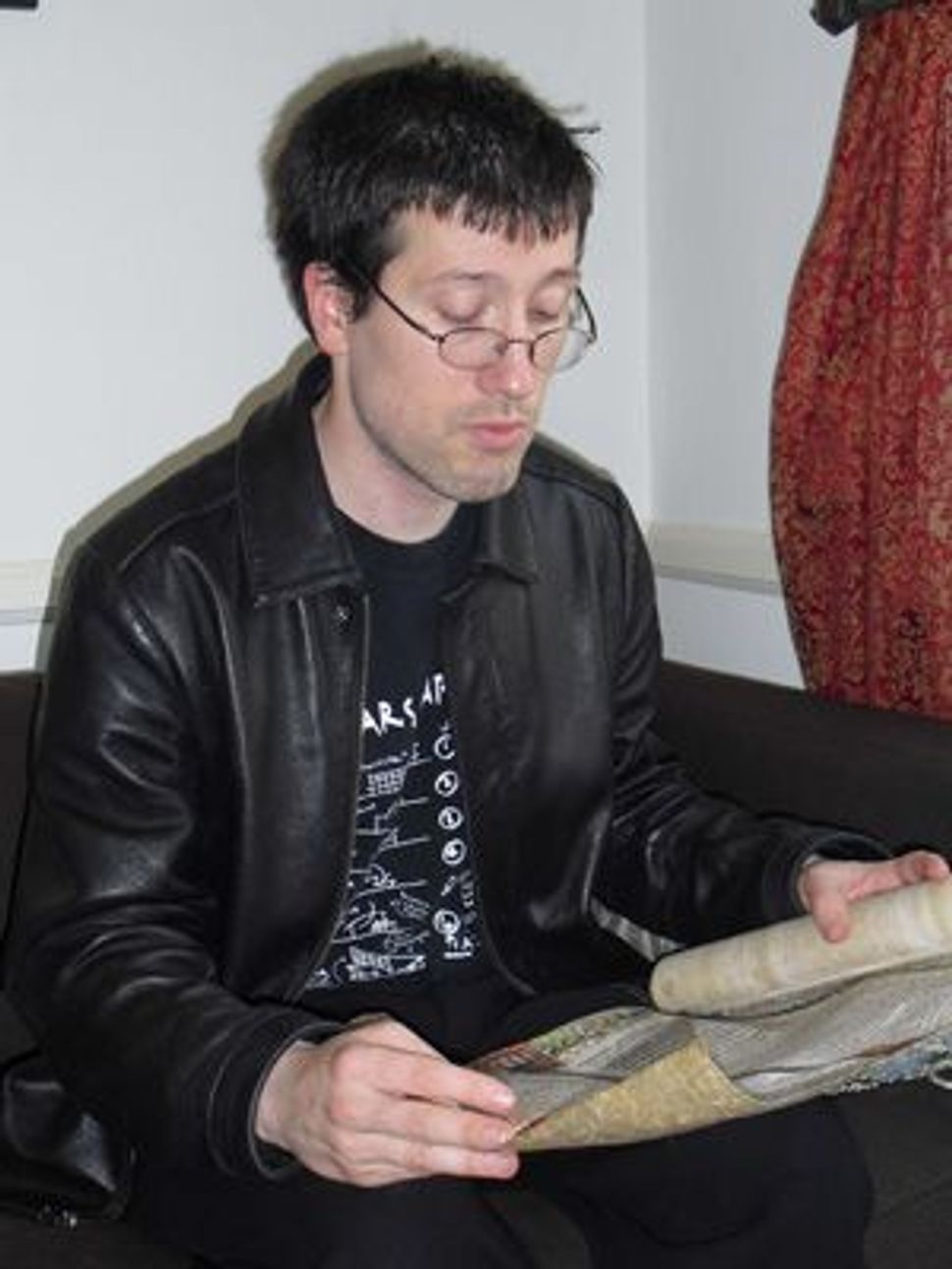 Cultural Jew: Tzemah Yoreh reads from a section of his revised prayer- book. Image by COURTESY OF TZEMAH YOREH

When Tzemah Yoreh opens his prayer book, he recites the following passage: “I will pour out my heart. But to whom? Why, oh why, do you not exist, my God?” 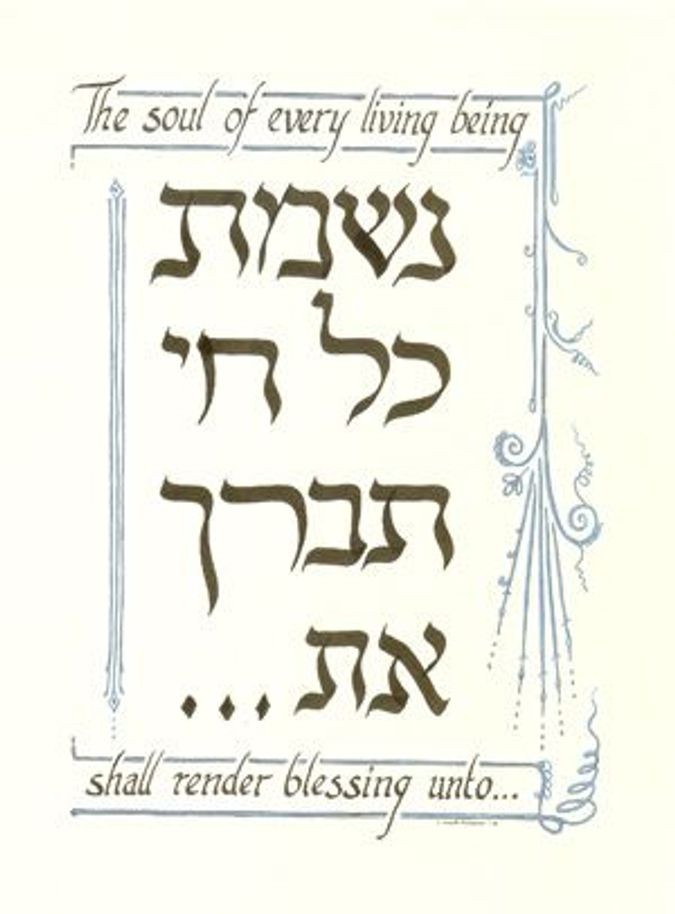 You can’t find those words in any synagogue’s siddur — at least not yet. Yoreh prays from “Liturgical Experiments: A Siddur for the Skeptical,” the tentatively titled atheist-feminist siddur he composed.

“I don’t think belief in God is a necessary component of being Jewish,” said Yoreh, 31, an assistant professor of Bible at the American Jewish University in Los Angeles.

The full Hebrew text of Yoreh’s siddur is included on his Web site, “Jewish, Religious and Atheist” (www.religiousatheist.com), which he launched in December 2008. Yoreh plans to translate the siddur into English soon. Upon publication, it will be the first siddur of its kind.

Born in Toronto to Talmud scholars, Yoreh received an eclectic education at secular and Orthodox schools in Canada and Israel. At 24, he completed a doctorate in Bible studies at the Hebrew University of Jerusalem, becoming the youngest person ever to earn such a degree from that institution.

After completing his doctorate, Yoreh entered the Israeli army and served in its history department. His experiences sparked serious soul-searching. “I quickly found out that ‘history’ in the context of the Israeli military was highly euphemistic, and that the unit I served in would have been more aptly named the ‘propaganda department,’” Yoreh said. “I also witnessed firsthand the glorification of combat soldiers involved in very questionable activities such as terrorizing Palestinians at roadblocks, or killing innocents in attacks of reprisal…. [The Israel Defense Forces] destroyed my ardent Zionism and made me question a lot of my core beliefs.”

By the end of his army service, Yoreh had become an atheist and found himself in a unique dilemma. Most atheists abandon religion entirely, but Yoreh, who grew up in an observant household, didn’t want to give up the Jewish traditions to which he was accustomed, including prayer. For this, he needed a special kind of siddur, one that was more egalitarian and less God-centered, but retained the poetic Hebrew. 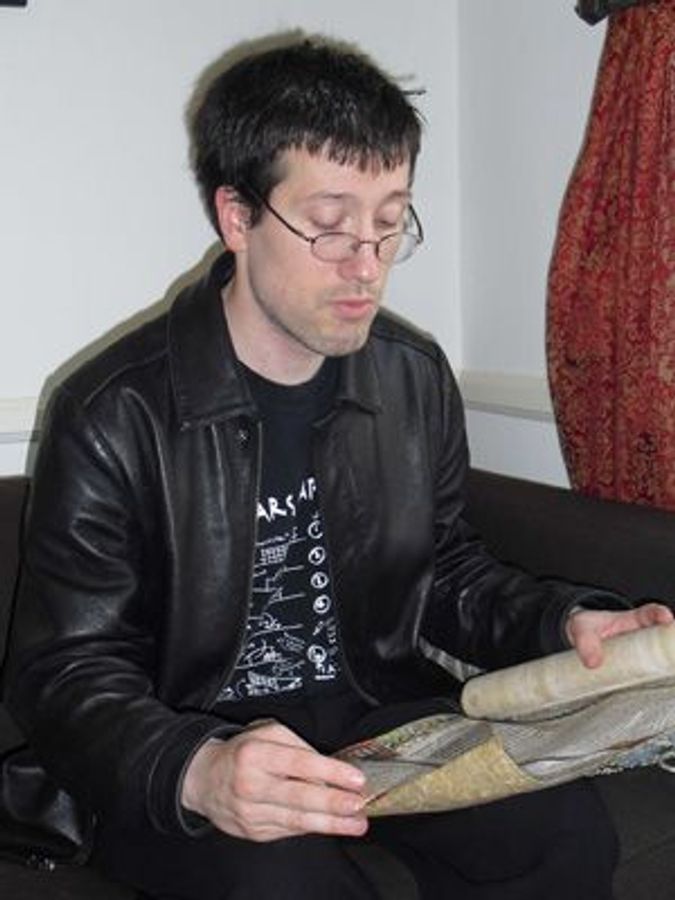 Cultural Jew: Tzemah Yoreh reads from a section of his revised prayer- book. Image by COURTESY OF TZEMAH YOREH

“My two main problems with liturgy were that it’s deeply rooted in God conceptions, and there’s a gender dynamic that I find totally disagreeable in traditional liturgy,” Yoreh said. “Traditional prayer is filled to the brim with masculine gender and conception, and I wanted to write something women could read just as well as men.”

None of the alternative siddurim on the market, such as Reconstructionist siddurim, appealed to him. He admired Reconstructionist siddurim for adding feminine God language, removing the “chosen people” concept from the blessing recited prior to a Torah reading and eliminating sections of the Aleinu prayer that delegitimize non-Jewish worship. But he thought that such revisions sacrificed the poetic Hebrew.

“What they say about God and humanity is a lot more appealing than what you’d find in a regular ArtScroll Siddur, but it’s not fun to read. You don’t get an aesthetic pleasure like you would from a poem by [Israeli poet Yehuda] Amichai,” Yoreh said.

A poet himself, Yoreh took matters into his own hands. Four years ago, he began composing what he calls an atheist-feminist siddur. Rather than going through the traditional siddur word by word and eliminating patriarchal and hierarchical God language, Yoreh recomposed each prayer based on its original theme. The result is part poetic, part humorous, part-tortured and soul-searching.

The traditional prayer Adon Olam, or Lord of the World, becomes Malchut Ha-Adam, or The Sovereignty of Human Beings. While the original prayer reads, “He is my God, my living redeemer, rock of my affliction in the enemy day,” Yoreh’s version reads, “And they are my mother and they are my father, and my parents are my facilitators in times of distress.”

In other passages, Yoreh quotes the traditional liturgy and immediately questions it. One section examines a line from Psalm 99: “Exalt Adonai our God and bow down at the footstool of God’s feet — a patriarchal hierarchy is not a value for me. He is holy — but why not ‘she’?”

Inevitably, Yoreh’s project has garnered mixed reactions. “It’s a noble cause,” said Rabbi Haviva Ner-David, a writer and teacher and the founder of Reut: The Center for Modern Jewish Marriage. “Very few people identify with the traditional words. It will give people a chance to still pray, to be in the community and do their own thing.”

“The Conservative movement’s Israeli siddur is meant to be more egalitarian, but they didn’t do nearly as much as [Yoreh] did,” Haberman said. “[Yoreh] not only made the liturgy more equal, he tackled the androcentric divine images. His siddur presents a nonhierarchical image of God, which is a feminist concept.”

Others, such as Rabbi Yuval Cherlow, head of Yeshivat Hesder of Petah Tikvah, disagree: “I’m happy that someone is searching for spirituality, but it’s trying to isolate the prayer from believing in Hashem and basic halachic principles. I think it’s too far to be identified as a Jewish alternative siddur.”

But Yoreh espouses a broader definition of prayer.

“If you define [prayer] as communication between humans and a deity, I think that’s a very narrow conception,” Yoreh said. “I think prayer is communal and private expression of hopes, fears, an appreciation of aesthetic beauty, good attributes. But that has nothing to do with God.”

Yoreh has encountered everything from skepticism to hateful opposition to his belief system. He says that people mainly question how someone who doesn’t believe in God can be Jewish.

“People who say I can’t be a Jewish atheist live in a very narrow box. They immediately attach practice and belief, and there’s no way for them to separate those,” Yoreh said.

In addition to prayer, Yoreh stays connected to Judaism through other traditions. For instance, he keeps kosher, observes the Sabbath and all Jewish holidays, fasts on the traditional days and celebrates only his Hebrew birthday.

“[These traditions] distinguish you as a cultural, religious group. I place myself firmly within that group. It’s the way I grew up, and that’s the way I feel most comfortable,” Yoreh said.

Elana Estrin is a writer based in Austin, Texas.

No God? No Problem