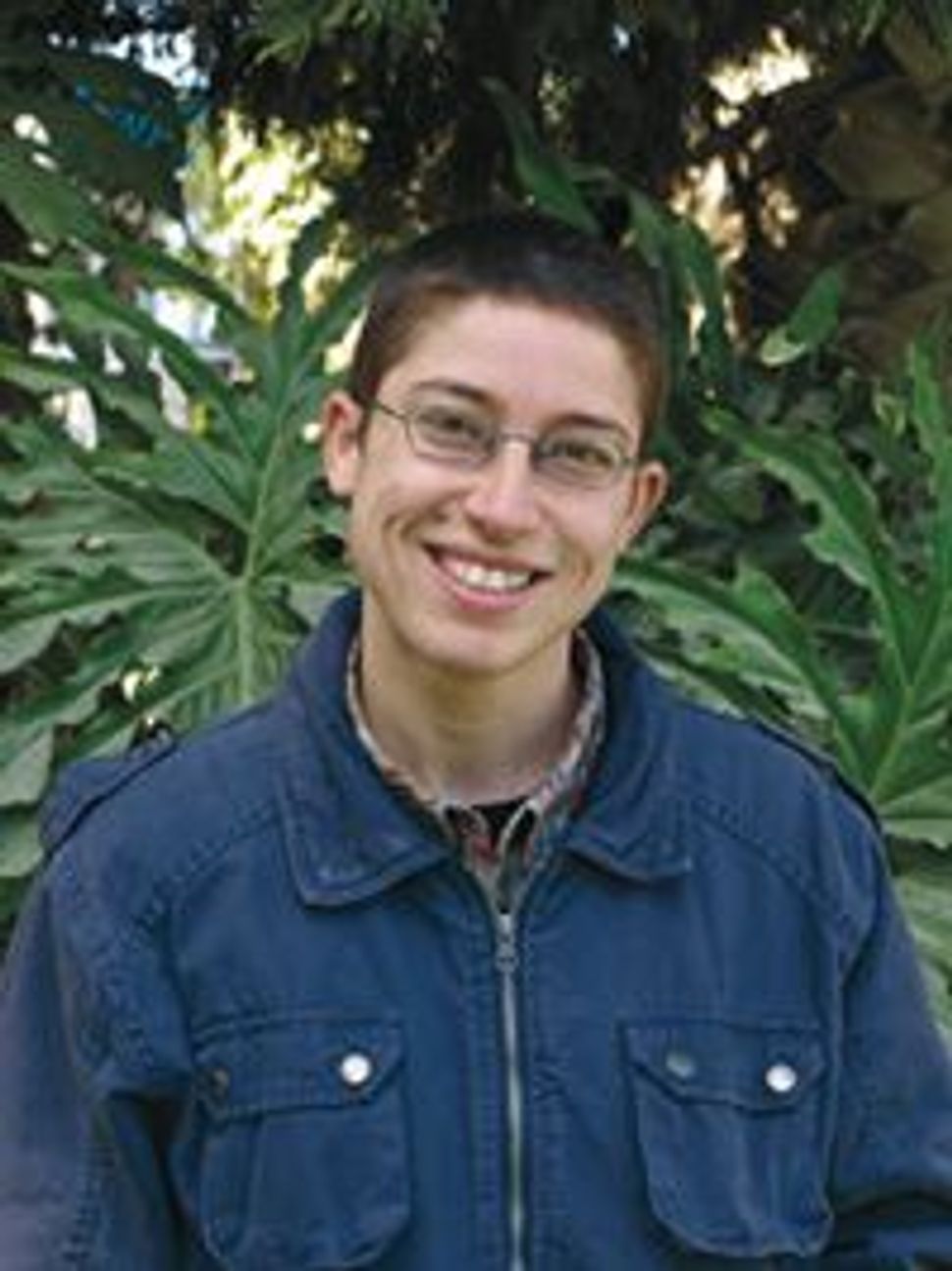 Under Investigation: Israeli police interrogated Nofrat Frenkel after she defied Orthodox prayer rules at the Western Wall. Image by Courtesy of Women of the Wall

Acts of civil disobedience are among the strategies that the Reform movement is weighing as it mulls how best to advocate for religious pluralism in Israel, particularly at Jerusalem’s Western Wall — the site of recent confrontations between women worshipping as a prayer group, the Orthodox rabbis who control access to the wall and the police. 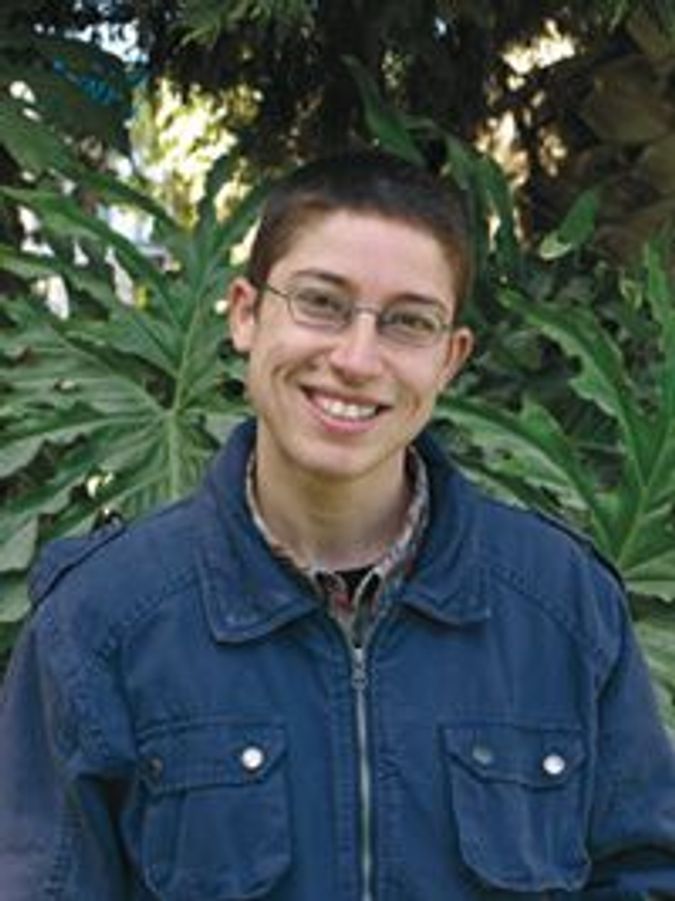 Under Investigation: Israeli police interrogated Nofrat Frenkel after she defied Orthodox prayer rules at the Western Wall. Image by Courtesy of Women of the Wall

“One possible strategy is a campaign of civil disobedience,” said Rabbi Eric Yoffie, the president of the Union for Reform Judaism. “You have certain laws there. We could defy them in terms of how we pray and conduct ourselves at the wall — doing it aware of the fact that this is violating the law and could lead to prosecution. But we haven’t made that decision per se.”

In the meantime, leaders of the Israeli Reform movement and the North American Conservative movement issued statements asking Jews in the Diaspora to write to their Israeli ambassadors. Movement leaders say the objective of these letters is to protest the January 5 questioning and fingerprinting of Anat Hoffman, the chairwoman of Women of the Wall, and the November arrest of Israeli medical student Nofrat Frenkel, who was shoved and then detained by Jerusalem police during a Women of the Wall prayer service, ostensibly because she was wearing a prayer shawl and holding the group’s Torah scroll. Hoffman said that Jerusalem police have told her and Frenkel that each may be charged with a felony for “committing a religious act that offends the feelings of others.”

Hoffman, who heads the Reform-affiliated Israel Religious Action Center, told the Forward that she wants Jews around the world to engage in acts of solidarity with Women of the Wall during the Sabbath of January 15–16, which marks the start of the month of Shvat.

Hoffman asked that supporters paint their fingertips black, as if they had been fingerprinted by police, and that they wear prayer shawls around their necks like scarves. According to the religious authorities in charge of the wall, or Kotel, this is the only way that women visiting the Kotel are allowed to wear such shawls.

Leaders of the Conservative movement, with its 670 affiliated congregations, issued a statement on January 12, endorsed by most other arms of the denomination, including the United Synagogue of Conservative Judaism and the Rabbinical Assembly. Jerusalem and Israeli government leaders should “realize the gravity of this issue and take immediate steps to promote religious pluralism, provide equitable treatment to non-Orthodox streams of Jewish life and end the harassment of women seeking to pray with dignity at the Western Wall,” the statement says. It also asks its members to write letters of protest to Israel’s U.S. ambassador Michael Oren.

Jonathan Peled, Oren’s spokesman, said that the embassy has received a few such letters. Oren is unaware of any campaigns protesting the treatment of Women of the Wall, Peled said, but noted that “everyone is free to write to the ambassador and every letter will be attended to.”

A full accounting of Frenkel’s questioning by police was requested by Oren in late December, after he misinformed an audience of Conservative Jews about what had happened to her. Oren later told the Forward that he had received “incomplete information” about the incident, and was ordering an inquiry that would be ready within days. Peled said the ambassador had received the results of this inquiry. The spokesman could offer no information on the contents of the report, and said Oren was unavailable for comment.

Rabbi Avi Shafran, the director of public affairs for Agudath Israel of America, which represents the interests of the fervently Orthodox community, said, in an essay distributed to the press, “Frenkel’s charge that she was unnecessarily manhandled by police should be responsibly investigated.”

But Shafran took issue with those who want to participate in “feminist religious services” at the wall. “If they choose instead to intentionally flout the law, they should honestly acknowledge that they are courting prosecution through civil disobedience — not seek to portray themselves as innocent victims wondering what they might possibly have done wrong.”

The non-Orthodox movements in America, which account for the overwhelming majority of American Jews who identify with a stream of Judaism, want to persuade the Israeli government that non-Orthodox Jews should be able to pray according to their custom at the Kotel. The site is presently run as a strictly Orthodox synagogue.

“The wall has just become an unpleasant place to be,” said Yoffie. “It’s a place where extremists reign.”

While the open plaza area in front of the Kotel used to be a place that Reform youth groups could hold services while on trips to Israel, with boys and girls singing and dancing together, Yoffie said that is no longer the case.

Shafran ridiculed the notion that the Kotel could be opened to non-Orthodox customs and practices. “Do the Freedom Chanters really want to open the Kotel plaza to all religious expressions?” he wrote in a statement. “Would the Frenkel forces be pleased with Buddhist intonations and incense-burning at the Kotel? Catholic hymns and processions? Taoist drumbeating ceremonies? Surely the activists don’t mean to limit their liberal-mindedness to services conducted by Jews alone.”

Members of Women of the Wall have been meeting at the Kotel at the start of each Jewish month since 1988. They lost their lawsuit seeking permission to read from a Torah scroll as a group in the women’s section of the Kotel in 2003, when Israel’s Supreme Court ruled against them.

According to Yoffie, additional strategies being considered by the URJ include renewing legal action or reaching out to members of the Israeli government or Israel’s parliament “to try to convince them to do something.” The Reform movement is also considering running a campaign in Israel to raise public awareness of the issue, which, Yoffie said, has been virtually absent from the press there.

“People want to know what to do about this situation. We’re working very closely with the Israelis to try and devise a strategy that we think will be effective in bringing about change,” Yoffie said. “The key issue for us now is to figure out what the best approach is so that it’s not just one more press release.”