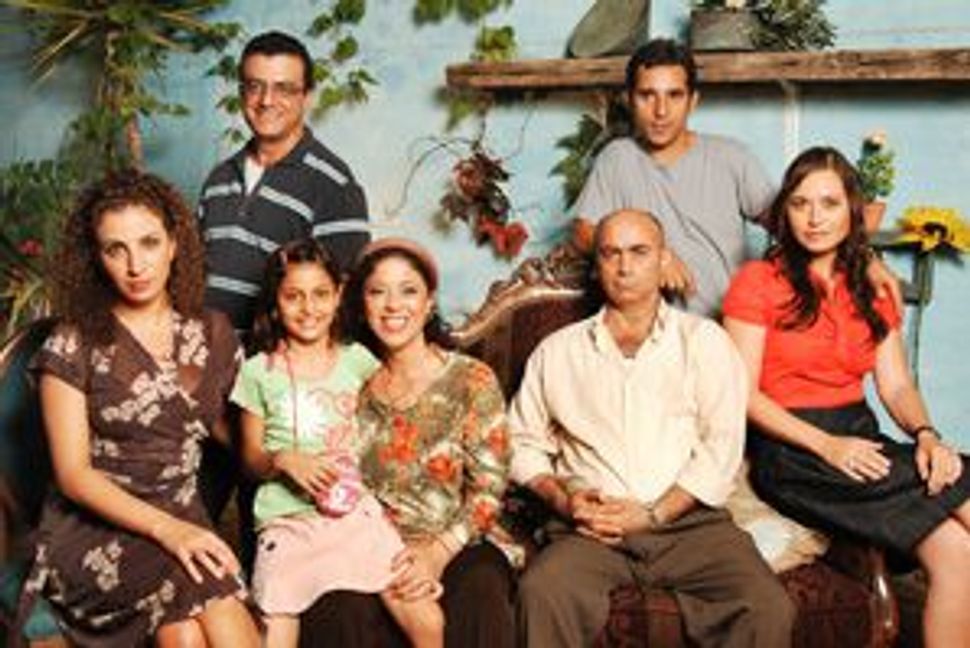 FOUND IN TRANSLATION: The cast of ‘Arab Labor,’ a prime-time Arabic-language sitcom that is one of the top 10 shows in Israel. 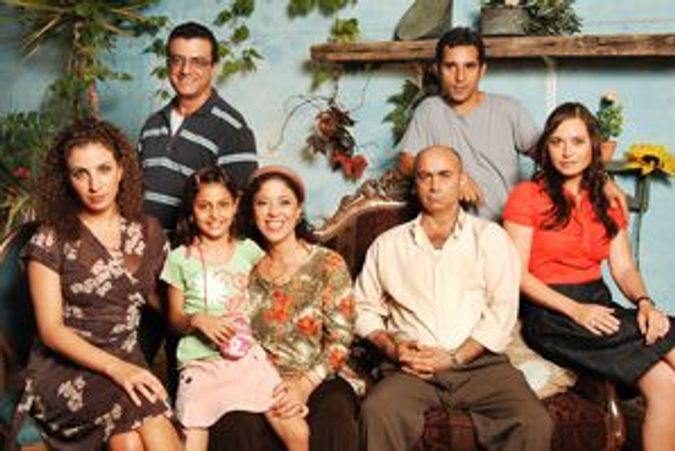 FOUND IN TRANSLATION: The cast of 'Arab Labor,' a prime-time Arabic-language sitcom that is one of the top 10 shows in Israel.

Amjad appears on Israel’s Channel 2 every Saturday night in “Arab Labor,” which is the first prime-time program featuring Arab protagonists who speak in Arabic.

The bookish Amjad is a journalist writing for a fictional Jewish newspaper; his beat is Palestinian affairs. One of his few confidants is Meir, a Jewish photographer. In one memorable scene, Amjad tells Meir of his frustration at constantly getting stopped at Israeli checkpoints.

“It’s because you drive that ancient Subaru,” Meir shoots back.

Meir explains that every soldier knows only two kinds of people drive Subarus: Palestinians and young settler families — and Amjad cannot be mistaken for a grungy member of the settler youth. So Amjad decides he needs to get a more “Jewish” car. Needless to say, the scheme to get one on the cheap backfires.

Produced by a company named Keshet, “Arab Labor,” which began airing November 24, underscores much of the discomfort between Israeli Jews and the Arabs who live inside Israel as citizens — but this has

not hurt the ratings. On a given Saturday, more than half a million Israelis watch Amjad and his friends navigate a life as Arabs living in a society dominated by Israel’s Jews. That’s a remarkable feat, given the appetite for the nightly news magazines that are on at the same time.

The creator of “Arab Labor,” Sayed Kashua, acknowledges that he modeled his protagonist after himself. Like Amjad, the soft-spoken Kashua is a journalist who is often bedeviled by his wiseacre daughter and by his nationalistic wife. And, also like Amjad, he’s ensnared in an identity crisis that Kashua calls the “Arab-Israeli predicament.”

“It’s a very confused state,” said Kashua in an interview at his home in a Jerusalem neighborhood that straddles the city’s Arab-Jewish fault-line. “We bounce between our Israeli and Palestinian identities, depending on the region’s geopolitical changes. On the one hand the Arab minority is the poorest, weakest and most hounded in Israel; on the other, most of us know we’d be in much worse shape if we lived in any of Israel’s neighboring Arab countries.”

The humorous twist for Amjad is that his desire to conform to the Jewish majority gives him the most stereotypical of Jewish maladies: anxiety.

“There was no other way but humor to challenge the Israeli consensus,” Kashua said. “A drama about discrimination against the Arabs would have bored people to tears. This is the only way the Jewish majority would have allowed Arabs into their homes.”

Israeli Arabs constitute about 20% of the Israeli population and have largely identified with the Palestinian cause. Israel declared martial law in many Arab Israeli towns and villages between 1949 and 1966, because of suspicions of their dual loyalty,

The Higher Arab Monitoring Committee, an Arab Israeli governing body, stated in a recent report that the Israeli government has continued to treat its Arab citizens like they were second class. Professor Yitzhak Reiter of the Hebrew University said that it was a series of Israeli-Arab riots in 1976 that awoke the Israeli establishment to discrimination against Israeli Arabs. Reiter, the author of a forthcoming book on Arab-Israeli relations over the past 40 years, says the veil of discrimination is now lifting.

“Today the Arabs have become an important part of the Israeli reality,” Reiter said. “And the fact that there is a TV program on prime time relating to the Israeli Arabs as part of the society — I think this is progress.”

It is progress made possible in part by an Israeli law stipulating that broadcasters must provide Israeli minorities, including Arabs, a share of prime time. The creator of “Arab Labor” admits that without the affirmative action law, his show would have remained confined to his notebook. Still, the ratings speak for themselves. Through four episodes, Arab Labor has been drawing in 20% of the audience at its viewing time, said Yael Warshavsky, a spokeswoman for Keshet. She says the show’s Saturday night spot is one of the best on television, and the show remains among the top 10 programs in Israel.

These ratings do not mean that “Arab Labor” has been well received within the Arab-Israeli community. Arab-Israeli papers, including Fasl al-Makal, have accused Kashua of reinforcing negative stereotypes of Arabs on national television. They have pointed to Amjad’s father, who is a shyster willing to cheat everyone, including his own son, for a few pennies. According to Nader Abdel Karim, an anchor at Israel Radio’s Arabic service, editorials in three papers branded Kashua a collaborator, a term synonymous with “traitor” in the Arab world.

Abdel Karim says said he tried to host a debate last week within the Arab community about “Arab Labor” but couldn’t find a single Arab willing to support the show on the radio.

“It and Sayed got absolutely slaughtered in the [Arabic] press,” Abdel Karim said. “Not because the show was bad, but because it dares air our dirty laundry before an Israeli audience.”

Kashua himself acknowledges the unsavory aspects of his characters.

“Amjad is an Arab nerd, a suck-up,” he said. “He’s a spineless sycophant who wants only to conform with the Jewish majority.” But Kashua says Amjad represents his own greatest fears. Kashua insists that he’s even more of a coward than Amjad, despite what Jewish critics here have heralded as the first-time screenwriter’s courageous dive into Israeli television.

That fear is one of the factors keeping the Arab sector down, according to Kashua.

“The question is whether we, the Arabs, want to write our ticket into Israeli prime time or not,” Kashua said. “If we want in, we have to create something that’s good and funny, something that many people will want to watch.”

But sometimes it’s painful. On a recent episode, Amjad tries to enroll his daughter in a posh Jewish kindergarten in west Jerusalem. When the teacher interviewing Amjab realizes that he and his wife are Arab, she tries to dissuade them by describing how Jewish-oriented the curriculum is. Amjad is unfazed. She then says that for Purim, many of the kids dress up as Israeli soldiers who shoot Arabs. The nebbish just grins.