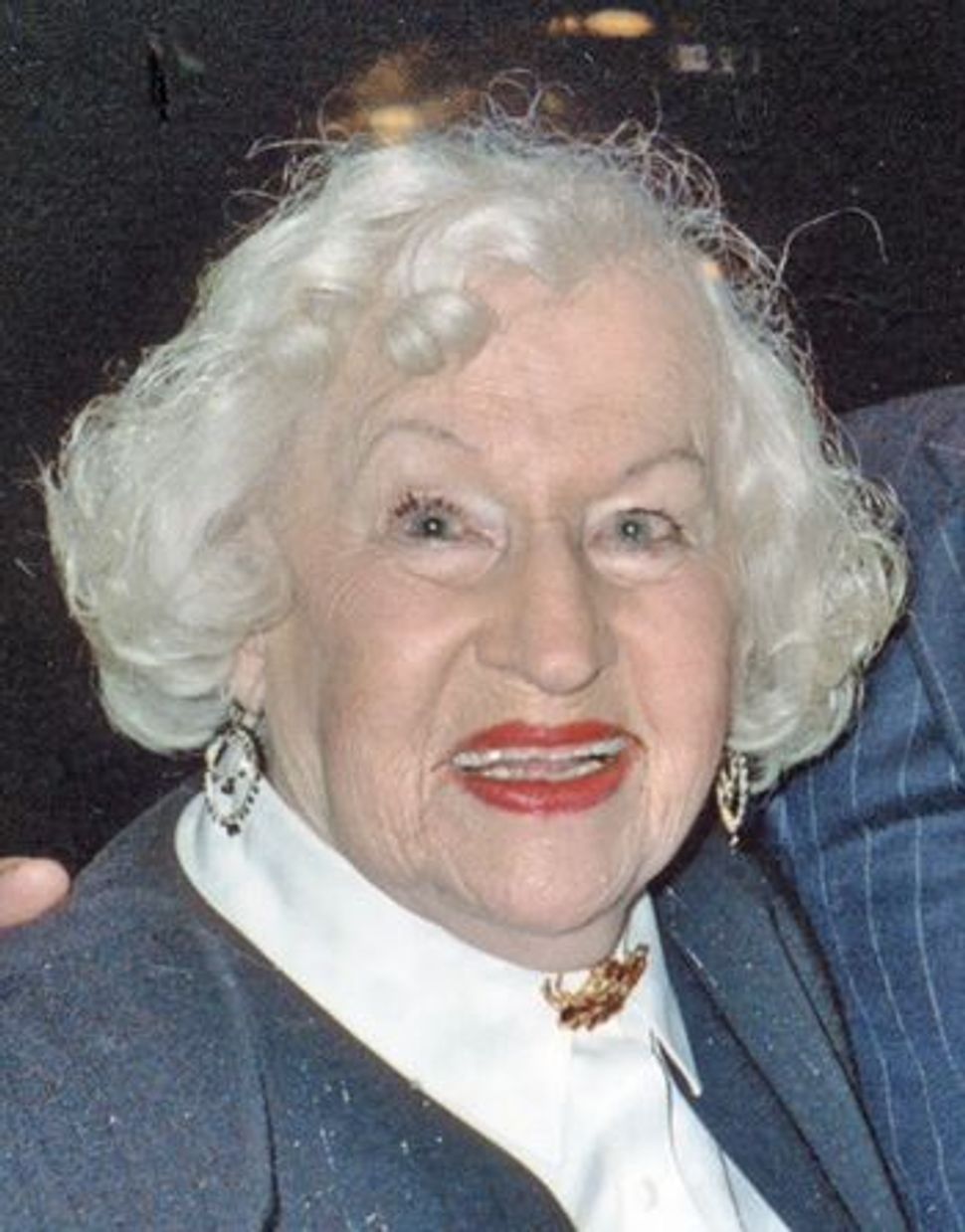 The Mina Bern that I knew could always rise to the occasion and stop a show — without even trying.

I remember seeing her at the National Yiddish Theatre-Folksbiene gala in December 2007 in Manhattan. The benefit was held to honor lyricist Sheldon Harnick, TV star Bebe Neuwirth and songwriter-activist Peter Yarrow. Bern wasn’t feeling well that night, and kept insisting to those around her that someone should take her home. No one wanted to leave the gala, so, in a flash of inspiration, Folksbiene Board Chairman Jeff Wiesenfeld mounted the stage and announced that “the grand lady of the Yiddish theater, Mina Bern, is in the audience.” There was great applause, and people stood up to see her. Like magic, all her aches and pains seemed to disappear. Bern rose from her chair beaming, and with grand panache she raised her arms overhead and bowed to the four corners of the room. Then she sat down and stayed put through the rest of the evening. Always a trouper, the show must go on! 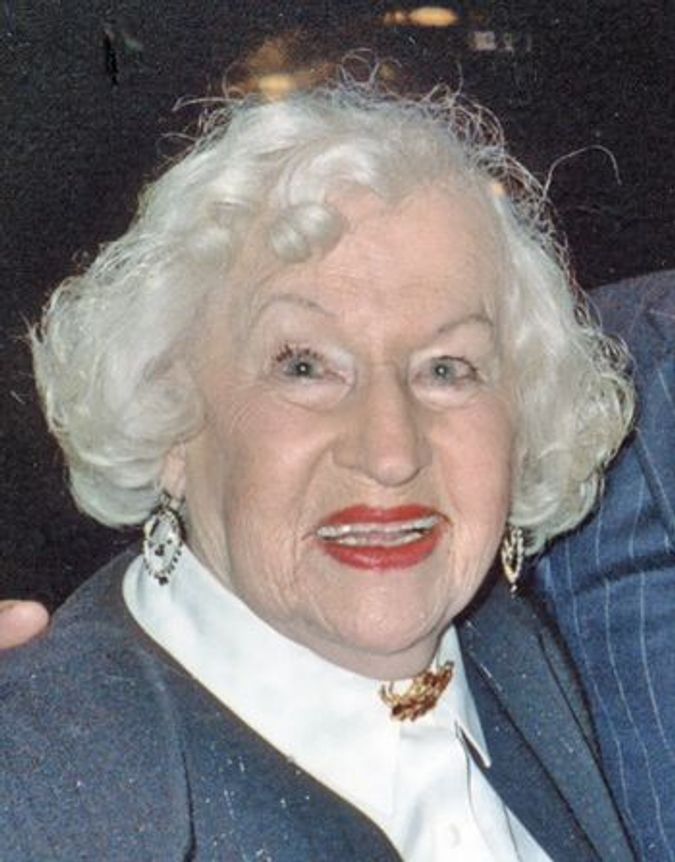 Bern, who died January 10 in New York City at age 98, was a dominant figure in Yiddish theater for several decades and brought its emotional richness to audiences around the globe. She also directed and starred on Broadway and landed roles in a dozen movies.

Bern was born in Bielsk Podlaski, Poland, first went onstage at the age of 7. She officially began her theater career in Lodz and then moved to Warsaw to perform with such greats as Ida Kaminska and Dina Halpern. My father often reviewed her Yiddish theater performances for Warsaw’s daily newspaper, Di Folkszeitung.

Bern founded the Bialystoker Miniature Yiddish Theatre in 1939. Two years later, the theater dissolved, and with other Yiddish performers, the beautiful blond actress moved to Russia and then on to Israel. In the War of Independence in 1948, she performed in what she once told me was “my version of the USO.”

She moved to New York City in 1949 at the invitation of The National Theater on Houston Street, along with her co-star and later husband, Ben Bonus. Her first New York production was “Shalom Tel Aviv.”

She and Bonus formed their own theater company, which traveled from coast to coast to bring Yiddish theater to communities big and small. The tours were often sponsored by the Workmen’s Circle/Arbeter Ring and by Farband, the Labor Zionist organization.

After her husband died in 1984, Bern continued as a solo actress and joined the Folksbiene.

Her early credits on Broadway included performances in “Let’s Sing Yiddish” and “Sing, Israel, Sing.” She directed and performed in the 1970 production of “Light, Lively and Yiddish.” At age 79, in 1990, she starred in “Those Were the Days.”

Bern turned her talent to movies, too, with roles in “Avalon,” “Crossing Delancey,” “Little Odessa” and “I’m Not Rappaport.” My parents knew Bern from Warsaw and later in New York. She was a mother figure to many, and in talking with me, usually in Yiddish, Bern often called me “my daughter.”

Ever the actress, when she attended my daughter Nina’s wedding, she commandeered the microphone from the emcee and persuaded me to join her in singing the classic Yiddish song “Makhateneste Mayne” (“In-law Dear”), in which the mother of the bride, in no uncertain terms, warns the bridegroom’s mother that her son better treat her daughter right — or else!

I once asked Bern about her stage name, and she responded: “My maiden name is Bernholtz. But when I came to [the theater] in Lodz, the director said ‘kayn holtz iz zi nit’ — wooden she isn’t — so we must trim the ‘wood’ from the name, and so it was shortened to Bern.”

Proud of her looks, youthful appearance and long track record in the dramatic arena, Bern often confided, “If anybody tried to guess how old I am, nobody would believe it.”

Last year, at the Workmen’s Circle’s annual Passover Seder at Manhattan’s Congregation Rodeph Sholom, a frail but determined Bern recited, from memory, Bunim Heller’s wrenching poem “In Varshever Geto Iz Haynt Khoydesh Nisn” (“Tonight in the Warsaw Ghetto Is the Month of Nisn — the Eve of Passover”). The poem immortalizes April 19, 1943, the first night of the Warsaw Ghetto uprising and “when Jews rose up against an implacable enemy.” The poem had become, over the past two decades, Bern’s personal clarion reminder of the world that was lost.

For me, it will be difficult to ever hear the poem again at a Seder without hearing Bern’s tearful, wavering voice hovering above the celebration like Chagall’s fiddler.