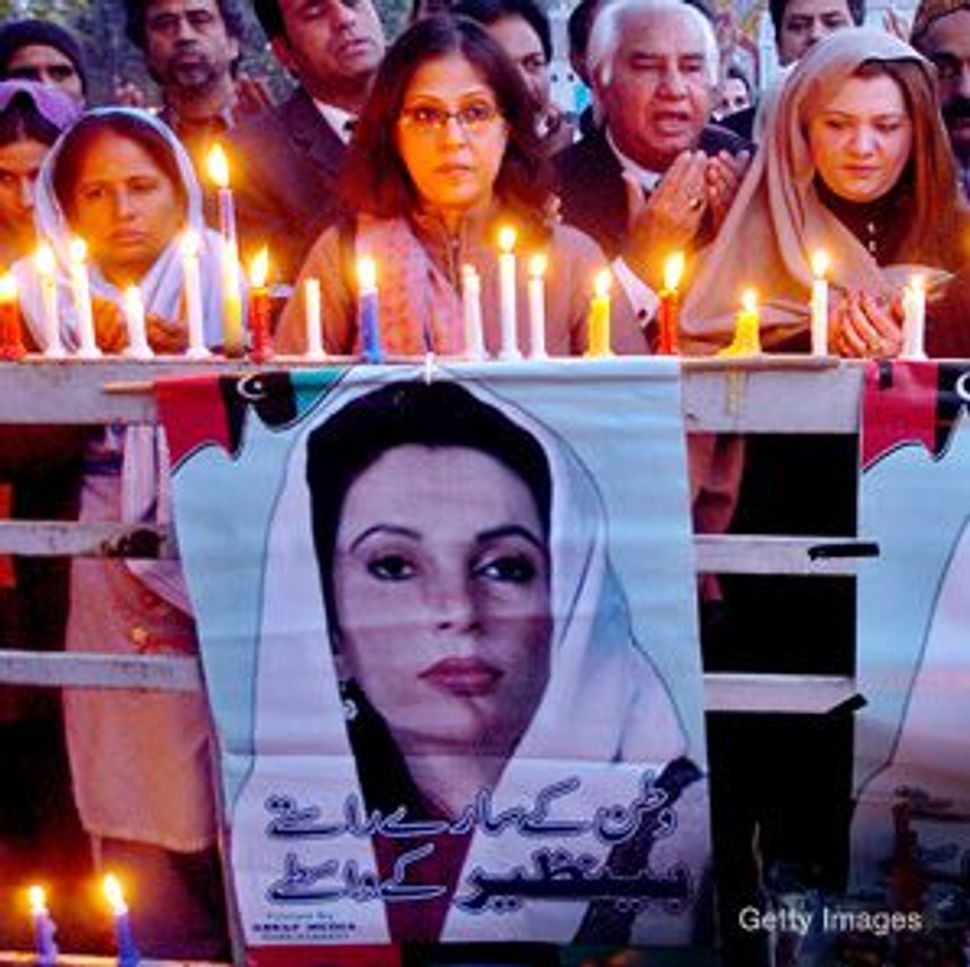 For many Israelis, the assassin who killed Benazir Bhutto removed another barrier shielding the Jewish state from the Islamic bomb. 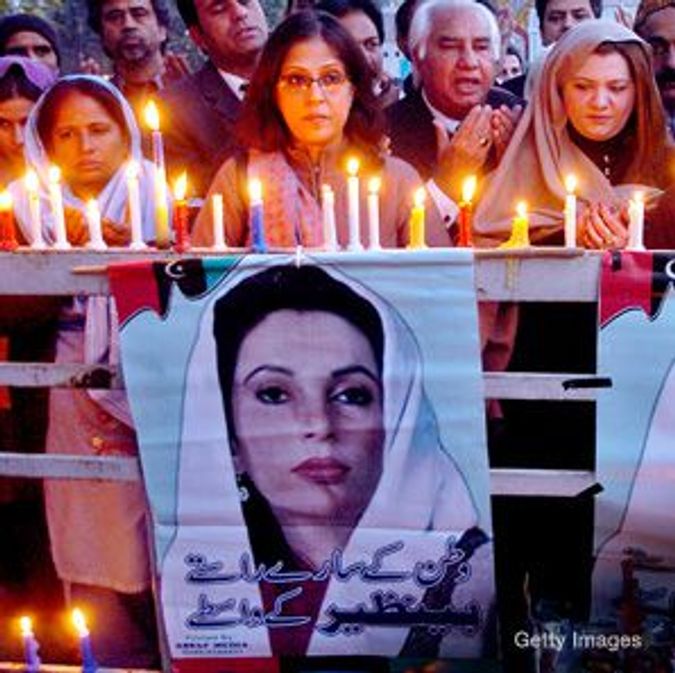 Israel’s media and leadership portrayed the sniper-suicide bombing attack that ended the onetime Pakistani prime minister’s life last week as a blow to hopes for a bridge to the Islamic world. They also suggested that it raised the risk of Pakistan’s nuclear bomb falling into militant Islamist hands.

Israeli Prime Minister Ehud Olmert called Bhutto’s death a “great tragedy,” according to The Jerusalem Post. “I saw her as someone who could have served as a bridgehead to relations with that part of the Muslim world with whom our ties are naturally limited,” Olmert reportedly said.

The chaos precipitated by the killing poses dangers beyond Pakistan’s immediate neighborhood, said Jack Rosen, past president of the American Jewish Congress, noting that Pakistan is one of a handful of declared nuclear powers and the only Muslim country with the bomb. Rosen, who was the first American Jewish official to host a Pakistani leader when the AJCongress held a dinner for President Pervez Musharraf two years ago, said he was trying to reach the leadership in Pakistan for an assessment.

Prior to her return from exile last October, Bhutto, 54, had been reaching out to Israel as part of a broader strategy of garnering Western support for her confrontation with the military regime led by Musharraf. The United States had been pressing the Pakistani president into accommodating Bhutto’s push for new elections.

“She wrote me of how she admired Israel and of her desire to see a normalization in the relations between Israel and Pakistan, including the establishment of diplomatic ties,” Dan Gillerman, Israeli ambassador to the United Nations, told ynetnews.com, the Web site of the Israeli daily Yediot Aharonot.

According to a report in another Israeli daily, Ma’ariv, Bhutto reached out to the Mossad, among other security agencies, for protection.

Bhutto sensed that Musharraf was not fully committed to protecting her, Ma’ariv reported. Among the routine protective requests that Musharraf’s government denied, the report said, were installing darkened windows on all the cars of her convoy and supplying explosive-detection devices.

Israeli authorities favored helping her, Ma’ariv reported, adding that she had also turned to Scotland Yard and the CIA for assistance. Reportedly hesitant to offend Musharraf, Israel’s government had yet to make a decision.