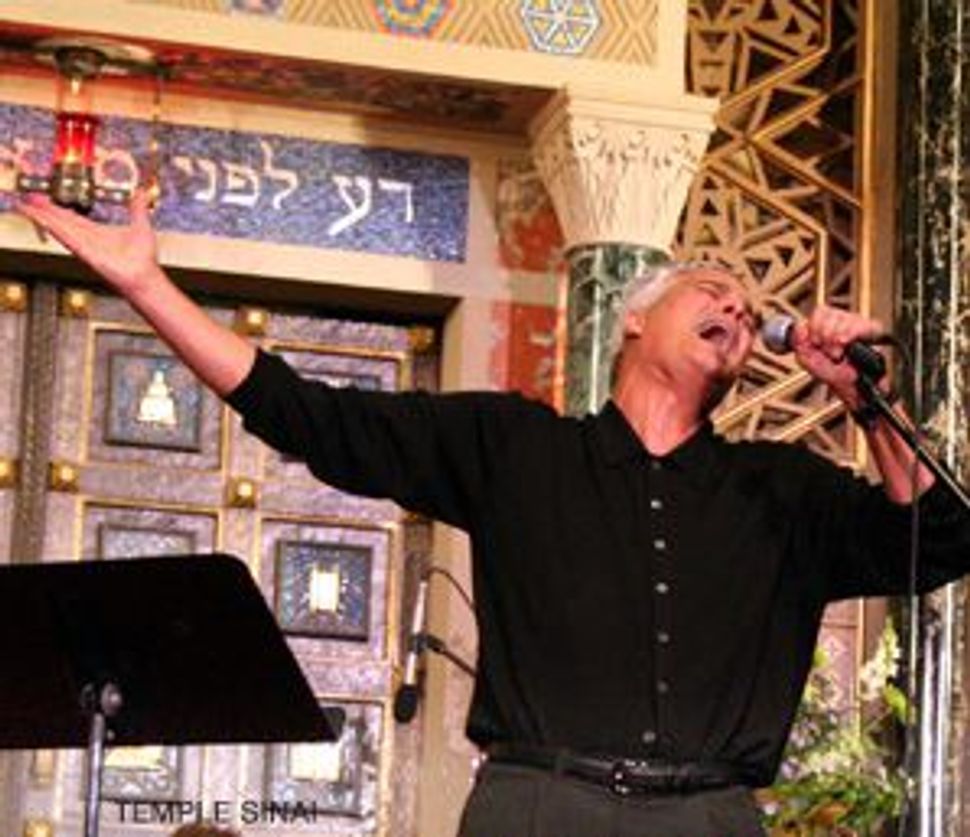 SING IT: After musician Craig Taubman created Friday Nigh Live, a monthly service at Temple Sinai in Los Angeles, the synagogue’s attendance grew to 1,500 from 100.

Los Angeles – Most major cities offer plenty of venues for rock music, but the newest ones are those you’d least expect: synagogues. 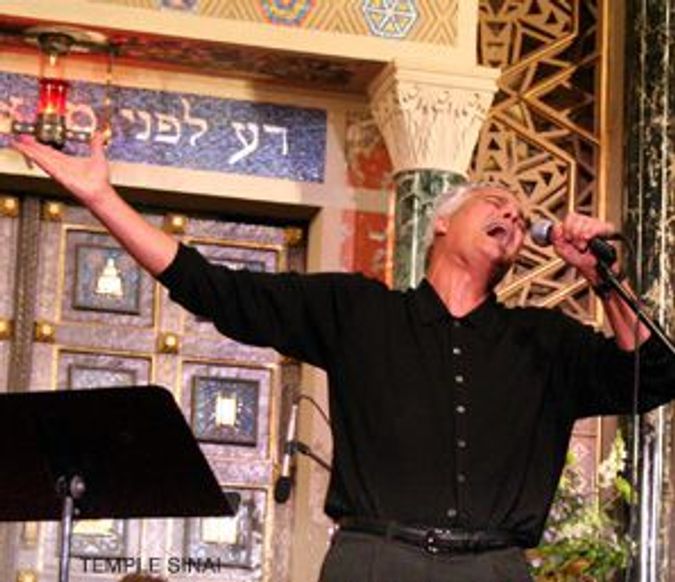 SING IT: After musician Craig Taubman created Friday Nigh Live, a monthly service at Temple Sinai in Los Angeles, the synagogue's attendance grew to 1,500 from 100.

In an era in which synagogue membership rolls have seen a sharp decline, congregations across the country are increasingly turning to live music, from electric guitars and conga beats to world music and jazz, as a way of bringing Jews back to the fold.

The notion is not entirely new — music has frequently played a role in the history of the Jewish liturgical experience — but according to observers and participants, the trend is now moving far beyond limited corners and into the mainstream establishment. In the most recent indication, the United Synagogue of Conservative Judaism’s biennial conference featured, for the first time in its history, a Saturday worship service that included singing the traditional prayers while a musician strummed a guitar and another tickled the ivories of an electronic keyboard.

The move was seen by many as a watershed in the history of music in Jewish life, an issue that has long sparked controversy, and sometimes outrage, among more traditional adherents. But to its proponents, live music is a fundamental cornerstone of enticing Jews back to religious observance.

“Those Jews who don’t know the structure, or don’t know Hebrew, will only give you an hour,” said Ron Wolfson, president of the not-for-profit organization Synagogue 3000, which is dedicated to revitalizing synagogue life. “You’ve got to grab them spiritually and emotionally right off the bat, and music is the key to engaging them.”

Historically, music has played a central role in Judaism. Traditional interpretation of Jewish law holds that musical instruments should not be played on the Sabbath, the reason being that the act of fixing a string, if it were to break, is strictly forbidden. Also cited is the decree following the destruction of the First Temple that such joyous activities as music-making are no longer appropriate in such a mournful period.

While music’s ability to engage has been long noted by innovators, it has also long engendered controversy. When organ music was first introduced in early Reform congregations, in mid-19th-century Germany, the Orthodox railed against it, cementing in part the split between the “Reformers” and the Orthodox. That first breach opened the floodgates for professionally trained musicians to enter synagogues, in the role of cantors. In America, cantors became revered as stars during the period between the two World Wars, known as the “golden age” of cantors.

In mid-20th-century America, organ music was used widely in Reform congregations, and the instrument, which was appropriated from Protestant worship services, was even played in Conservative congregations. In the 1960s, the emergence of the Jewish Renewal movement — which sought to re-engage Jews with their religion by infusing it with elements of spirituality — popularized the use of drum circles and folk music in services.

While Orthodox congregations don’t allow instruments in services, many use song as a way to bring music into their worship. Indeed, there is a resurgence of interest in cantorial music, even among the Orthodox today.

Historically, Hasidic Jews were known for niggunim, wordless musical melodies. And, beginning in the 1950s, Shlomo Carlebach, a Hasidic religious teacher, singer and composer, began writing liturgical melodies that found their way into many non-Orthodox congregations.

But recent years have seen a decidedly increased interest in incorporating music into Jewish life.

“There’s a trend around the country of ramping up musical instrumentation in services,” said J. Shawn Landres, director of research for Synagogue 3000. “It’s part of a broader trend where changing music and music styles is associated nationally with congregational revitalization.”

Most observers say that the recent trend began 12 years ago, on Manhattan’s Upper West Side, at B’nai Jeshurun, where the rabbis introduced songs and a smattering of basic instruments, including percussion and strings. One person who took particular notice was David Wolpe, rabbi of Los Angeles’s Sinai Temple, located on Wilshire Boulevard. Inspired by BJ’s success, Wolpe enlisted musician Craig Taubman to create a musical prayer service with original melodies. Many others in the surrounding area have followed suit, including Beverly Hills’ Temple Emanuel, a major Reform temple that holds not one but two musical services. Friday Night Live, as Sinai Temple’s monthly musical service is known, became an overnight sensation, raising Friday synagogue service attendance to some 1,500 people from an average of 100 people, Wolpe said.

And the trend is hardly limited to the coasts. Wolfson pointed to a Conservative congregation in Omaha, Neb., Beth El Synagogue, which in the year and half since introducing live instrumentation on the Sabbath has tripled attendance at its weekly prayer service.

In order to address these concerns, Elliot Dorff, chairman of the Conservative movement’s Committee on Jewish Law and Standards — the 25-member body that interprets Halacha — and Elie Spitz, a pulpit rabbi at Congregation B’nai Israel in Tustin, Calif., banded together to draft an opinion paper, or teshuvah, advocating for a legal interpretation that permits the use of musical instruments on the Sabbath. Their opinion paper, which will be presented in its second draft at a law committee meeting in March, holds that the actual playing of instruments is not explicitly forbidden.

“I anticipate there will be controversy,” Spitz said. “As is often the case, a judicial body is often more conservative than the larger community, and in that sense, there will be some discomfort with the opening of that gate.”

Indeed, at the USCJ’s biennial conference, not everyone was comfortable with the introduction of a musical service. “There were some who were upset,” said Jerome Epstein, executive vice president of the organization. In fact, according to Epstein, a group of attendees actually walked out of the service.

Still, the trend toward live music in synagogues seems only to be growing. Even the Reform movement, which has never opposed using music in services, seems to have increased its commitment. The Union for Reform Judaism, at its recent biennial convention in San Diego, held a plenary session on creating sacred communities that touched on how the use of live music can function as a means to that end. The plenary discussion featured Synagogue 3000’s Wolfson; Sinai Temple’s Wolpe; Laura Geller, senior rabbi of Temple Emanuel, and mega-church preacher Rick Warren. Evangelical congregations like Warren’s Saddleback Church in Orange County, Calif., have long used live music as a way of attracting adherents.

“On erev Shabbat, our synagogues are often overflowing,” he noted. “And our worship is often a sustained celebration in song.”