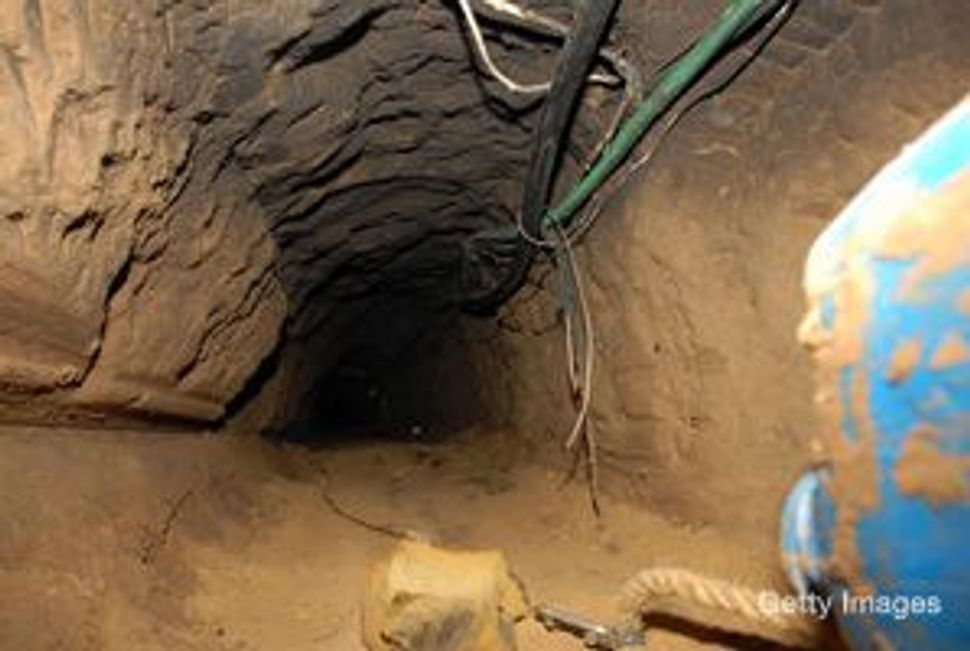 Underground: Tunnels have been found between Gaza and Egypt

Pro-Israel advocates in Washington refrained from contesting a congressional decision last month to withhold part of American military aid to Egypt, in what appears to be a departure from a 30-year-old unwritten understanding that Israel would help Cairo fight off any efforts to cut American assistance to Egypt. 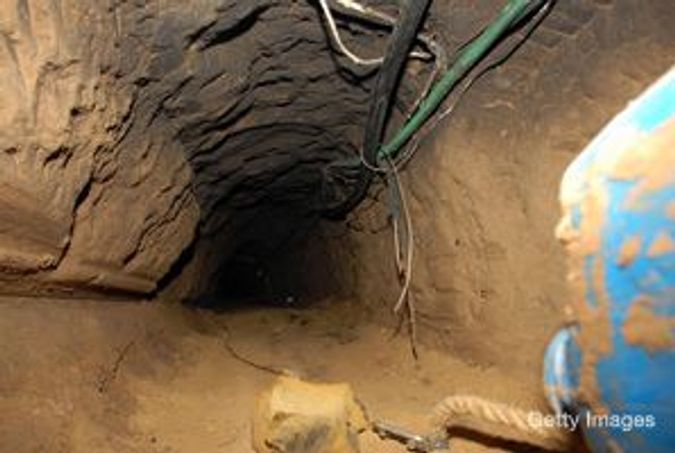 Underground: Tunnels have been found between Gaza and Egypt

Since 1979, when Washington put together generous military-assistance packages following the signing of the Camp David peace accords, Israel and Egypt — the two largest recipients of American foreign aid — have been mutually supportive of each other’s aid packages. But when Congress decided last month to condition aid to Egypt on a crackdown on arms smuggling across the Gaza border and on improving its human rights record, Israel and its supporters in Washington remained noticeably silent.

The lack of support for Cairo among Israel’s allies in Washington so rankled the Egyptians that Foreign Minister Ahmed Abu Gheit accused the pro-Israel lobby last month of trying to “harm Egypt’s interests with the Congress,” and has prompted talk of a deepening crisis in Egypt’s relations with Israel and the United States.

Pro-Israeli activists in Washington say they have never crossed the line between raising concerns over Egypt’s behavior and actually calling on Congress to use foreign aid as a means of pressuring Cairo, despite the fact that Israelis and many American lawmakers believe that action must be taken to force Egypt into taking action on the Gaza border.

Such protestations, however, are falling on deaf ears in Cairo, where the government feels that Egypt’s status as the first Arab country signing a peace accord with Israel is not sufficiently appreciated in Washington and Jerusalem.

“It’s like in a marriage,” said Graeme Bannerman, a former longtime lobbyist for Egypt in Washington. “When one partner starts taking the other one for granted, it leads to a breakdown. This is what we are seeing here.”

The sense of an impending breakdown in relations has led Congress in recent days to tone down its pressure on Egypt. Rep. Steve Israel, a New York Democrat who is a member of the House Appropriations Subcommittee that enacted the aid restrictions, met Sunday with Egypt’s president, Hosni Mubarak, and declared that “the debate on funding conditions is essentially over.”

But it was congressional pressure, Rep. Israel pointed out, that led Egypt to take action.

“From the moment Congress began circulating the language conditioning aid to Egypt, the Egyptians began to make an effort to close the tunnels,” the congressman told the Forward by phone from Cairo.

The legislation passed last month by Congress would withhold $100 million of the $1.7 billion in aid granted annually to Egypt until progress is made in three areas: judicial reform, police training, and the need to “detect and destroy the smuggling network and tunnels that lead from Egypt to Gaza.” The bill marks the first time that lawmakers have moved to cut military aid because of these issues.

“Egypt is an ally, but it is important to make clear that they must do more to eliminate smuggling tunnels and networks that lead from Egypt to Gaza,” said Rep. Nita Lowey, who heads the subcommittee that passed the legislation.

The drive to add conditions to the Egyptian aid package was initiated by Democrat Reps. Tom Lantos and David Obey, who initially pushed for a $200 million cut to military assistance. After the secretaries of state and defense intervened with letters opposing the measure, however, lawmakers scaled back the cuts and added in a proviso allowing the Bush administration to waive the sanction.

While Israeli sources acknowledged that the issue of arms smuggling across the Egypt-Gaza border was raised by Jerusalem with both the White House and Congress, they insist that Israel never asked lawmakers to make dealing with the smuggling issue a condition for providing foreign aid to Egypt.

“We talk about the problems, not about American assistance to other countries,” an Israeli source said.

An official with a pro-Israel lobbying group in Washington also rejected the claims put forward last month by the Egyptian foreign minister.

“We have nothing to do with it,” the official said. “Congress doesn’t need us to tell them what to do with Egypt.”

The denials are unlikely to diminish the deep sense of distrust that Cairo and its representatives in Washington have toward the pro-Israel lobby, which they see as stirring up anti-Egyptian sentiments among lawmakers.

“Congress would not insert the conditions into Egypt’s aid package if pro-Israeli activists would say it is a bad thing to do,” Bannerman said.

According to at least one Democratic congressional staff member, however, the view from Capitol Hill is far different.

“If anything, they were shy about it,” the staffer said, adding that he felt “zero” pressure from pro-Israel groups to take action against Egypt.