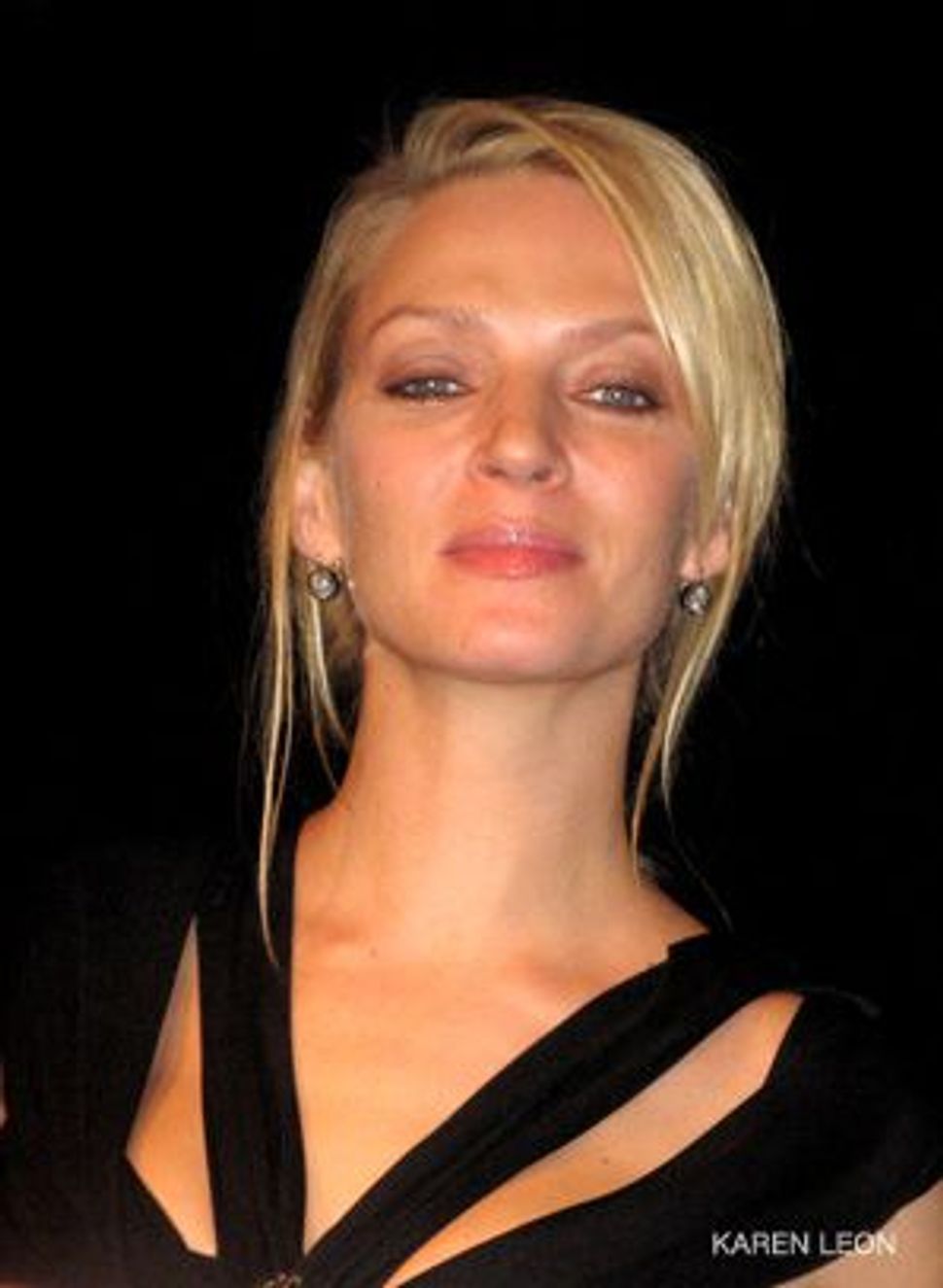 Uma Thurman: A presenter at the event. 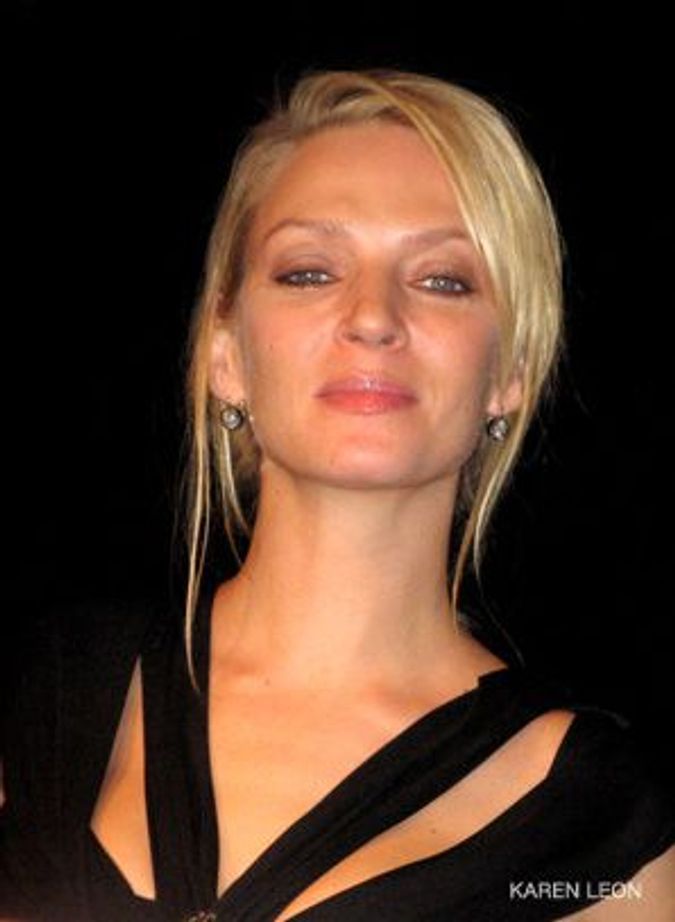 Uma Thurman: A presenter at the event.

It’s safe to say that when Yeshiva University president Richard Joel conferred the Doctor of Humane Letters — honoris causa — upon Hillary Clinton (in 2005) and John McCain (in 2006) at Y.U.’s annual Hanukkah Dinner and Convocation, those were not political endorsements. But if the president of New Orleans’s Tulane University, Scott Cowen, who was honored by Y.U. on December 9, 2007, at the Waldorf-Astoria, were running for office, he would get my vote. Cowen told the 800 guests that he was “born into a home where Judaism and Christianity co-existed on a daily basis, [and later he] decided to follow the path of Judaism.” He also detailed how he implemented the Judaic injunction of tikkun olam in the face of Hurricane Katrina — a catastrophe of biblical proportion.

Cowen’s narrative would make a hell of a book-movie-TV thriller: After he managed to self-evacuate, he used a makeshift boat and then a hot-wired golf cart. Then, he commandeered a dump truck and a helicopter. He and his staff of 30 people worked out of a hotel suite in Houston and managed to resuscitate “one of America’s most selective major research universities, now on life support.”

“We built a village, making sure our campuses were functioning; we maintained our payroll so our employees would not worry about their financial survival — a decision that cost the university $35 million a month at a time that cash was not coming in.” With his team, Cowen — who always spoke of the team “we” — secured modular housing, an apartment building and even a cruise ship — from Israel! — so that faculty, staff and students who had lost their homes would have a place to live. Also corner health clinics with outreach to other New Orleans universities and more. As the audience held its collective breath, Cowen smiled and said, “I’m proud to say that when Tulane reopened in January 2006, 87% of its full-time students returned who had attended over 600 colleges and universities in the fall of 2005, including several in New York City.”

Citing the attributes and personal history that prepared him for “this moment,” Cowen stressed: “a strong set of beliefs and core values that serve as a moral compass.” As a child, he overcame physical and learning disabilities: “I was not able to read or write until I was 7 years old, and it took me many years to catch up and regain my self-respect and self-confidence.… If my parents were here today, they would be absolutely shocked to discover that I am now a university president!”

Then there was “the Vietnam War… a frightening and exhilarating time.… Service in the Middle East as an officer in the Army Security Agency…. At 23 I was responsible for the life or death of other people. My military experience gave me the confidence to confront difficult situations under extreme pressure. And finally… my journey to Judaism… the meaning of community… to pursue social justice, to value life and education.” Cowen paid tribute to the evening’s other recipients of honorary degrees: Mary Smart, Sam Weinberg and Holocaust survivor Susie Wilf. As I have been to New Orleans five times between 1968 and 1994, Cowen’s speech proved particularly poignant. It revived memories of friendships made, connections with the city’s Jewish community. There is the sadness of still being unable to locate some of these people, including Shep Zitler, who had been my host several times and was the titular head of New Orleans’s community of Holocaust survivors.

Ivory recalled how film director Ismail Merchant, who died in May 2005, had once labeled the partnership, which included author/screenwriter Ruth Prawer Jhabvala: “A strange marriage: I am an Indian Muslim; Ruth is a German Jew, and Jim is an American Catholic. Someone once described us as a three-headed god.” Merchant Ivory’s first production, “The Householder,” was based on a novel and screenplay by Prawer Jhabvala, who won Academy Awards for her screenplays for the Merchant Ivory productions “A Room With a View” (1985) and “Howard’s End” (1992). Born in Cologne, Germany, to a Polish Jewish father and a German Jewish mother, she is married to Cyris Jhabvala, a Parsee who is an architect, and is now an American citizen. Husband and wife were both at the gala.

Recipient of FIAF’s Pilier d’Or award — which recognizes a leading businessman, diplomat or philanthropist. — Pierre Bellon, chairman of the board and founder of the food and facilities management company Sodexho, declared, “I love America because it is a country of entrepreneurs [and] equal opportunity.” Mais oui! Bellon, who started his company in 1966 in Marseilles with 100,000 francs, admitted that he learned management in America. Sodexho handles food- and facilities-management services for 28,300 sites in 80 countries. It also provides meals for New York City hospitals and senior centers, as well as for the U.S. Marines. Its current revenues are 13.4 billion euro (about $17.8 billion).

Bellon recalled: “In 1976 I was invited to New York to celebrate the American Bi-Centennial. All the houses displayed the American flag. My wife and I went down to the banks of the Hudson to watch the parade of the Tall Ships.…We watched with people of all races and religions.… Sadly, on 9/11… I was very moved. America had flags everywhere, and the solidarity of the people was remarkable.” Following the attack, Sodexho, who had 120,000 employees in the United States and six dining halls in the World Trade Center, galvanized its 46 on-site employees (two of whom lost their lives) to mobilize an emergency-crisis center that worked 24-hour days with the medical staff. Bellon concluded: “Vive les Etats Unis! Vive la France!” The evening’s welcoming participants were FIAF’s president, Marie-Monique Steckel, and gala co-chairs Lorenzo Weisman and John Haskell.