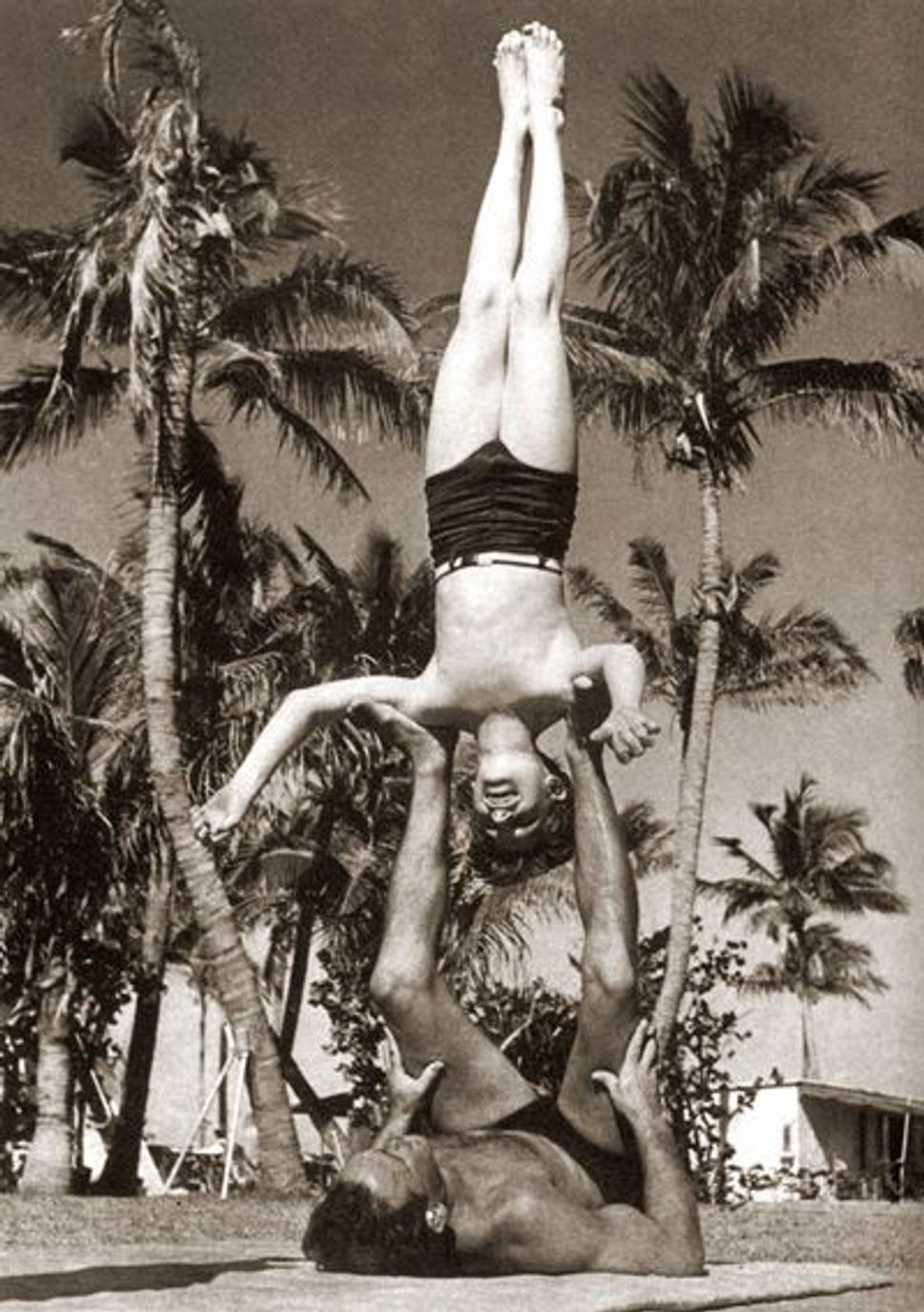 There’s something counterintuitive about a history of Miami Beach — a place given more to ephemeral pleasures than to cold, hard facts. A Miami vacation may feel as immediate as can be, but given a week’s remove and the place — like a suntan — pretty much just floats away.

That is, unless one is that rare tropical bird: a native. “Miami Beach: Blueprint of an Eden” (Collins Design) is the work of not one but two such creatures, Michelle Oka Doner and Mitchell Wolfson Jr., a pair uniquely well positioned to tell the town’s tale.

Not only are they both the children of Miami Beach mayors (the senior Mitchell Wolfson held the office in the 1940s, Kenneth Oka in the ’50s and ’60s), but they also both have eyes well trained in the power of persuasive images. Wolfson, a collector in the seemingly incongruous realm of “decorative and propaganda arts,” is the founder of the Wolfsonian museum, a repository for some 100,000 items from the period between 1885 and 1945. Oka Doner is an artist whose works often transform elements of the Miami landscape into figures of startling power and beauty. Built into the floor of the Miami airport is her 22,000-square-foot “Walk on the Beach” — a stark yet shimmering “Hello.”

“Blueprint of an Eden” offers history by way of the scrapbook: recipes, letters, postcards, telegrams, sheet music and photos — all drawn from the Wolfson and Oka family archives. It’s not an approach that every family could pull off, but these are not everyday Miami families. It certainly doesn’t hurt that Oka Doner’s mother, Gertrude, was an absolute knockout. A picture of her lounging beneath a cluster of palm fronds graces the book’s cover.

While both Wolfson and Oka Doner have Jews in their family trees, Judaism does not appear to have been much of a force in either of their childhoods. And yet, Miami being Miami, Jewish images can’t help but creep into the book’s pages. There’s Oka Doner’s younger sister, Stephanie, blowing out the candles atop a five-tiered cake at a gala thrown in honor of Israel’s fifth birthday. Another page sports an Oka campaign poster — in Yiddish.

Maybe it’s a testament to the enduring quality of Miami style — though the more likely explanation is Wolfson and Oka Doner’s taste — but the book is remarkably free of kitsch. One will have to look elsewhere for pink flamingos and “My grandmother went to Florida…” T-shirts. The presentation here is so lush, so inviting, there is hardly a page where one does not want to slip on a bathing suit and dive straight in. 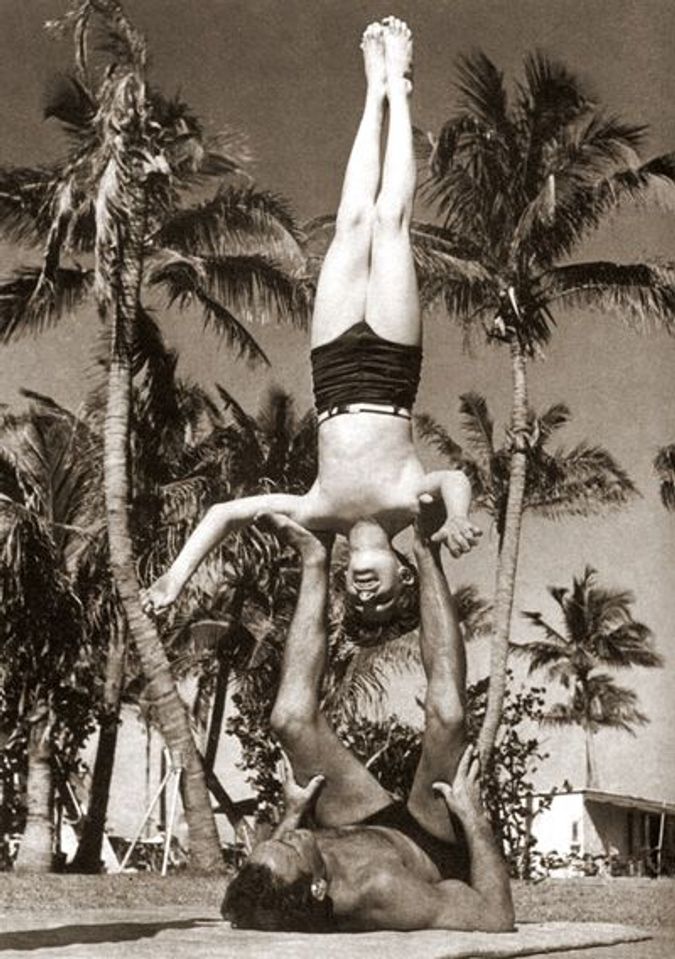 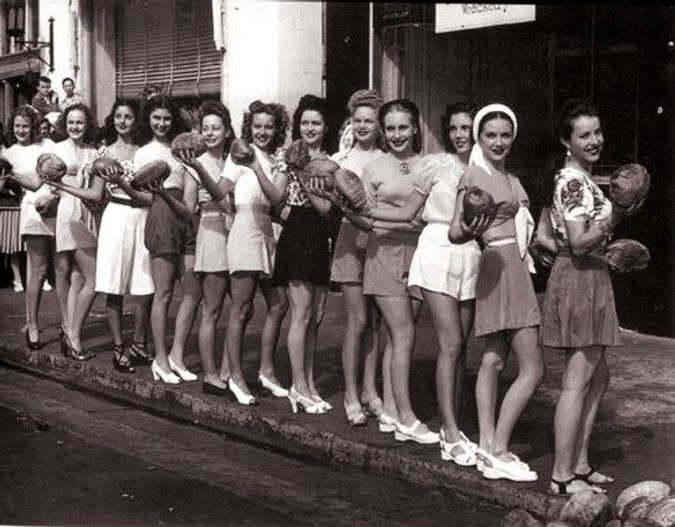 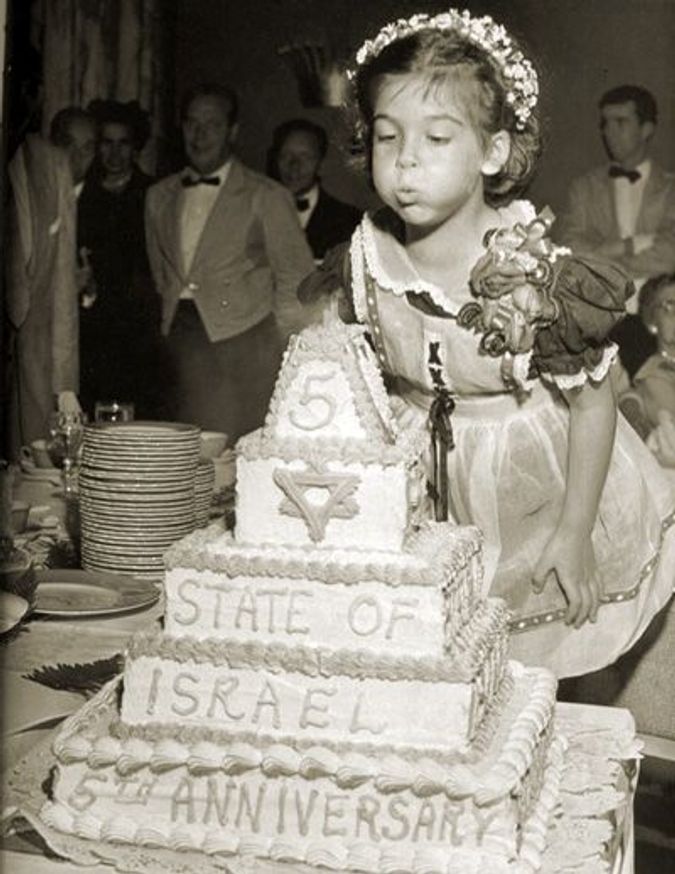