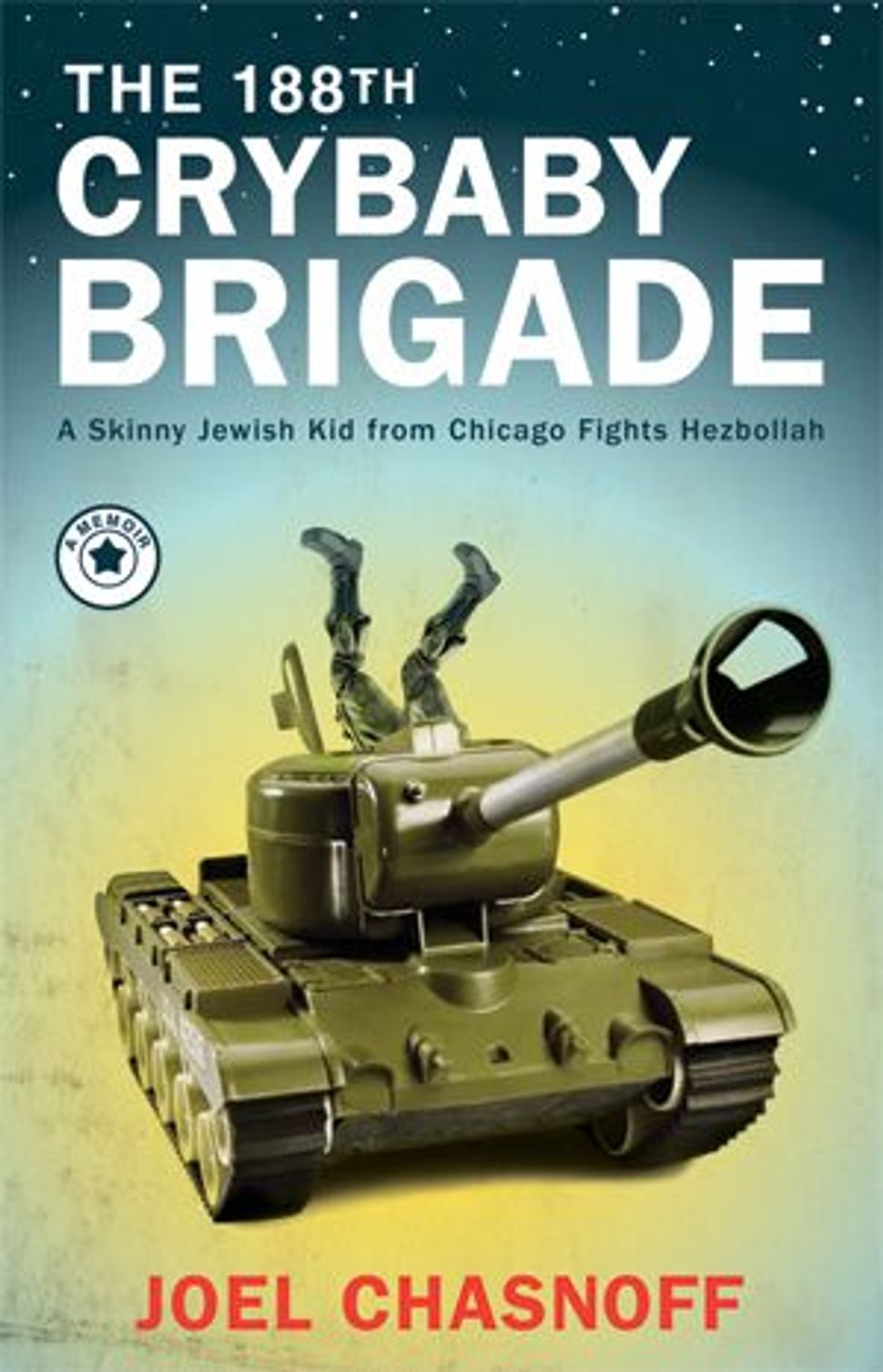 say what you want about the boys of Platoon Two, Company B. say that we’re foolish, and incompetent—a collection of half-wits and merry pranksters who couldn’t build a pup tent, much less a campsite, to save our lives. say that we’re reckless and irresponsible. Because we are. We lose bullets like they’re paper clips, we fall asleep during gun lessons, and we never, ever remember to make sandwiches for the Yeshiva Boys.

And while you’re at it, go ahead and say that we’re selfish. Because we’re that, too. When ro’ee shemesh assigns us kitchen work, we claim to have diarrhea. When he posts the nightly guard duty list, we remind him that Pasha the russian hasn’t guarded in, oh, maybe three nights now, and wouldn’t it make sense for Pasha to guard that dreaded 3 a.m. shift instead of me?

say what you want about the boys of Platoon Two, Company B of the 188th Armored Brigade. But the fact of the matter is, we have fun. 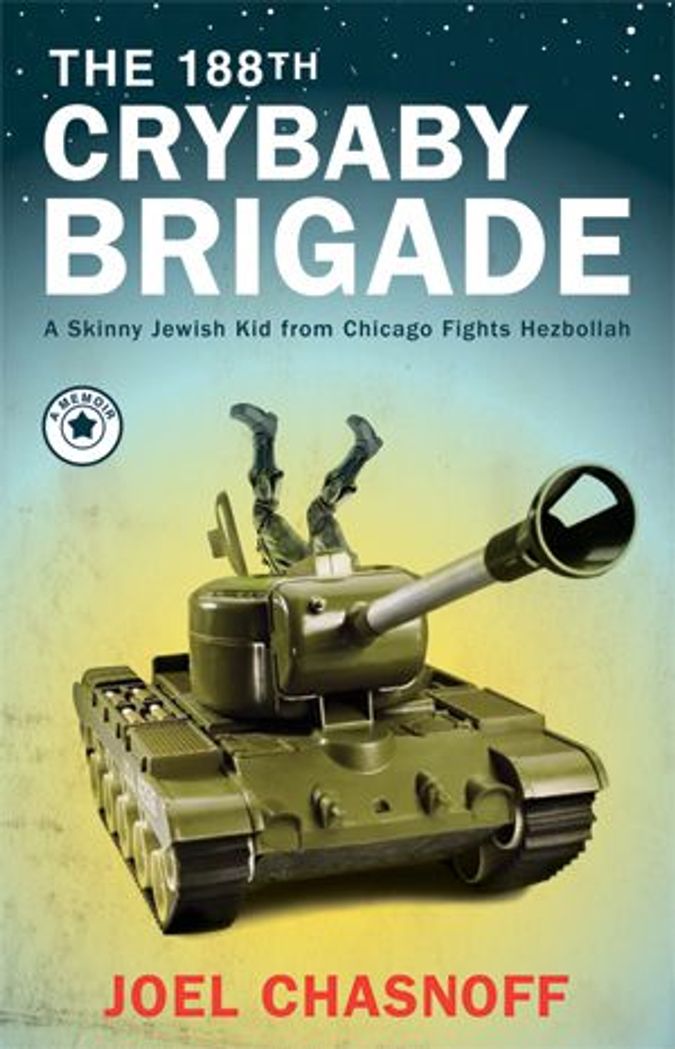 It’s noon on our first full day of desert survival training. The sun is blazing, the sky sapphire blue. We sit Indian style in a clump, everyone mixed in with everyone else—russians with Yeshiva Boys, dark-skinned sephardic guys with Ashkenazi kibbutz kids, and me with my usual gang of Tomer, Doni, gerber, Dror Boy genius, and ganz.

We have utensils—each soldier has two sets, in fact: one for dairy meals and one for meat meals. But we do not use utensils because, frankly, eating with utensils is not fun.

Instead, we eat like Vikings. We scoop tuna with our bare hands, drop it into our mouths like it’s peanuts. When we do this, tuna juice dribbles down our chins, onto our shirts. We drink corn straight from the can, and when somebody shouts “Corn!” we pass the can to whoever asked for it. We hold the Luf, which is ground beef crossbred with Jell-o, like an apple. We chomp off one bite each and then pass it on to the next guy. We make sandwiches in ridiculous combinations—corn with Luf, chocolate spread with tuna, or, my personal favorite, chocolate-spread-tuna-corn-Luf—all of which are surprisingly tasty and, more importantly, allow us to consume every last morsel as efficiently as possible. We trade handfuls of tuna for chunks of Luf, a swig of corn for a lick of chocolate spread. We perform these transactions with our hands. And if, by accident, we drop a handful of tuna in the sand, we open a canteen and rinse off the grit. Nothing is wasted.

Today, the laughs begin the same way they always do. First, gerber makes fun of the russians. When that gets old, Doni imitates sergeant eran, and then I perform my impersonation of Ziv, the redheaded kid with a learning disability who was kicked out of the platoon last week after he tripped and cut his forehead on his rifle. one of us, I think it’s shai, mentions that since basic training started, there’s something different about his snot. “Yes!” we all shout in agreement. It is universally agreed upon that our snot is perfectly dry, so that long chunks of crystalized snot slip out of our nostrils with just a gentle tug. Dror Boy genius says, “It’s meteorological.” He explains, while we listen, rapt, that the Negev Desert is one of the driest spots on earth—so dry that a person can dehydrate without sweating.

Through all of this, we laugh. When we laugh, bits of corn, tuna, and Luf shoot out of our mouths and onto one another’s cheeks and shirts. We then flick these bits of foodstuff into the sand. We laugh because in Platoon Two, Company B, we are never not laughing, not mimicking one another, not entertaining many at the expense of one, usually a russian, though in truth, we’re all fair game.

After every can of tuna has been licked clean and every last morsel of Luf plucked off our shirts and either eaten or flicked into the sand, we go back to our pup tents, open our kit bags, and dig up our chooparim — Israeli slang for “treats.”

We return with armloads of chooparim — chocolate wafers, pound cakes, jelly beans, sunflower seeds, candy bars — without taking into account that this is only day two of our week in the field, so maybe it’d be a good idea to ration our sweets.

We tear into our treats with our fingers. since the chocolate bars are melted, we smear the chocolate directly onto our teeth and tongues, straight off the wrapper. Any chocolate that ends up on our shirts we lick off directly. We do this by pinching the shirt between two fingers and biting our shirts.

After dessert, we sing the “188th Armored Brigade song.” gershon, one of the Yeshiva Boys, wrote the lyrics to the tune of the famous Jewish folk song “Hava Nagilla”:

One hundred eighty eight the Brigade that Syria Fears most in times of war.
In Lebanon we’ll crush Hezbollah and show them The meaning of terr-or.

The only problem with gershon’s fight song is that it takes less than thirty seconds to sing, and we’re getting a bit sick of repeating ourselves.

After ten or so rounds of the 188th song, we switch to “Breakfast at Tiffany’s,” by Deep Blue something. My platoon mates love this song—it’s in the top five in terms of play time on the Platoon Two, Company B tape deck—and a few of them, Uzi Zamoosh in particular, want desperately to learn the words. I’ve taken it upon myself to walk them through the lyrics.

Picture it: sixty green dots in the desert, sitting in a clump, singing “Breakfast at Tiffany’s” while I wave my hand through the air like a maestro:

Me
You say that we’ve got nothing in common

We sing the chorus together, the chorus being, on the one hand, the strongest part—it’s the part of the song they know best—but also the weakest, because they mangle the otherwise catchy, feel-good ballad with their horrendous accents:

THeM
And I sed vut about Br’chekfist et Teefoony She say I sink I Ch’remember’ch ze film end Ez I ch’ricol I sink We boze kindeh likes it end I say vell zets One sing we got.

“Well,” I say. “It’s about a guy and a girl. The girl breaks up with the guy because she thinks they don’t have anything in common. But the guy says, what about the movie Breakfast at Tiffany’s?”

“Yes, Uzi! Audrey Hepburn! You didn’t get that?”

“so the guy says, well what about Breakfast at Tiffany’s? We both like that movie—so that’s something we have in common.”

“Because he doesn’t want the girl to break up with him.”

“exactly. But what the song’s really about is how sometimes people might love each other but just don’t belong together because they’re too different.”

Then, quite suddenly, it’s too hot to move. The sun is directly overhead, and we’re baking. so Tomer, who’s sitting in front of me, lies back and rests his head on my thigh. I lie back with my head on gerber’s stomach. gerber lays his head on Doni’s chest, and so on, until we’re reclining back on each other, cuddled up on one another the way everyone does at summer camp, like a giant game of Ha.

We lie, perfectly quiet, in the heat.

Then we doze off in the sun.

Excerpt from “The 188th Crybaby Brigade: A Skinny Jewish Kid From Chicago Fights Hezbollah,” by Joel Chasnoff, reprinted with permission from Free Press

Read The Forward’s review of “The 188th Crybaby Brigade” here