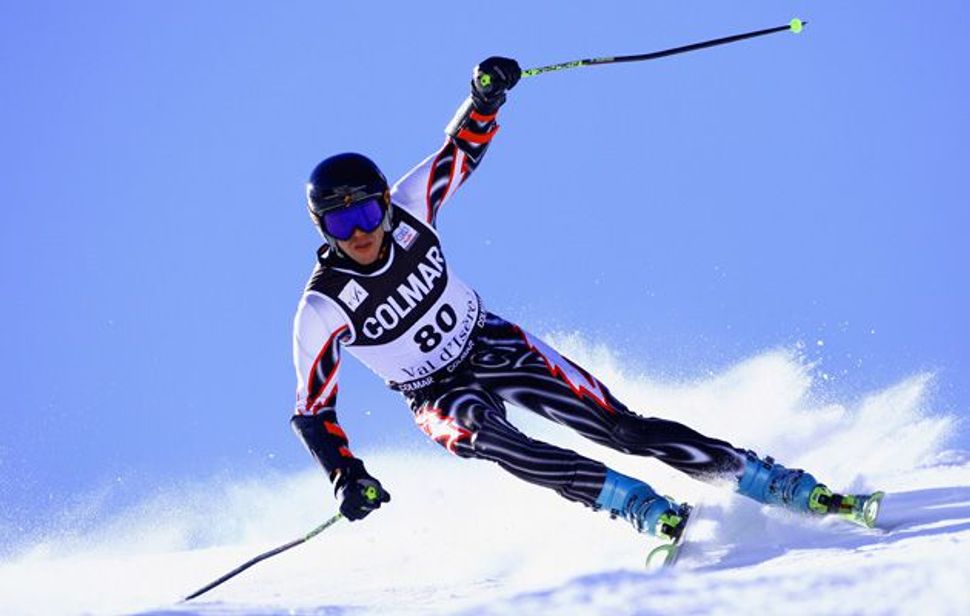 With only one major ice rink and a mountain that would never be confused with the Alps, Israel is being buffeted by opposing forces as it prepares to send a small delegation of athletes to the Winter Olympics in Vancouver.

On one side are Israeli citizens who see no manifest destiny for the nation to conquer sports of ice and snow, according to Efraim Zinger, the Israeli Olympic Committee’s secretary general. On the other is a natural will to succeed, no matter what the obstacles.

An entrant in the winter games since Lillehammer, Norway, in 1994, and with a best finish of sixth place in 2002 by the ice dancing pair Galit Chait and Sergei Sakhnovski, Israel has endured a drought in winter medals that is likely to continue with this year’s games, which begin on February 12.

Israel is sending the brother and sister ice-dancing duo, Roman and Alexandra Zaretsky, who finished 22nd in the 2006 Winter Olympics and seventh in the recent European championships. Also headed for Vancouver is skier Mikail Renzhin, who was 32nd in the giant slalom and 37th in the slalom at Turin in 2006 and has achieved modest tour results since. A fourth contender, figure skater Tamar Katz, qualified for the Olympics, but failed in late January to achieve even higher standards set by the Israeli Olympic Committee, and was not included on the team.

As Zinger discussed the team’s prospects in a phone interview with the Forward, he paused to comment on the sunny, warm January day outside his home. It was his way of pointing out that the Mediterranean climate is not conducive to expanding the winter sports consciousness. Having only one regulation ice rink, in Metula on the border with Lebanon, and one ski peak, Mount Hermon in the Golan Heights, doesn’t help, either.

But recent developments in the Summer Olympics have stoked Israel’s competitive fire. Windsurfer Gal Fridman captured the nation’s first gold medal in 2004 in Athens, and the Jewish state has earned at least one medal in every warm-weather Olympiad since 1992.

So why shouldn’t it strive to collect hardware at the winter games, as well?

Fridman, a national hero raised and trained in Eilat, preached patience with the cold-weather side of the equation. It took more than 40 years for Israel to reach the medal podium. “They have to start somewhere,” he said.

But getting the populace behind them is another matter. All three of this Olympiad’s athletes are Eastern European emigrants who rarely step on Israeli soil. The Zaretskys have taken up residence in Garfield, N.J., and Renzhin has used the United States as his base for the past few years. The same applied to their winter predecessors. (The athletes have to be Israeli citizens, but there is no residency rule.)

“It’s a small group, and if they don’t live in Israel, it’s hard for people to follow them,” Fridman said, confessing that he had no idea who was representing Israel in Vancouver.

Andy Teig, president of the Israeli Bobsled and Skeleton Federation, agreed. “They don’t travel to Israel to promote themselves. They don’t give Israel a good story,” he said.

Zinger said that as long as athletes have some authentic connection to Israel, he has no problem. But he wants results — without compromising Israel’s true athletic identity.

“I don’t hear the cry for the winter sports,” he explained. “There’s a strong voice here in Israel that due to the fact that Israel is not really a winter sports nation, we should concentrate on summer sports.”

But determined recruiting will have to precede the financial support, Teig said. He scouts for Israelis and other Jews who fit the bill for the sliding sports of bobsled and skeleton: sprinters with the power to push. It is a similar emphasis that guided Jamaica in its bobsled campaign, inspiring a Disney movie. But Teig pointed out that the Jamaicans did not come close to qualifying for Turin and Vancouver and have never been a threat on the international level. Teig said he’s aiming for sustained success, but remains low-key about expectations and funding until the bobsled program achieves a good track record.

But one winter discipline, ice skating, has shown signs that it could graduate to the global elite. The Israel Ice Skating Federation has produced at least one individual Olympic figure skater or pair since Israel began participating in the winter games. (In general, Israeli Olympic athletes are expected to occupy the upper third of their sport at the world-class level and place near the top 10 in European championships. Athletes in all sports are told two years in advance by the committee exactly what they must accomplish beyond International Olympic Committee standards to get their ticket punched for the next Olympiad, Zinger said.)

Boris Chait, the Paramus, N.J.-based ice skating federation president and father of ice dancer Galit Chait, the three-time Olympian and coach of the Zaretskys, said his athletes get plenty of recognition, contrary to Zinger’s view. To further the cause, Chait added, all Israel has to do is build a rink or two in the middle of the country. All the Russian immigrants who serve as roller skating coaches there for lack of ice will be able to offer their expertise. Training camps could be held there, as well, reinforcing the athletes’ relationship to the country.

“In general I agree with that,” Zinger said. “But it’s also about time we had more than one decent track and field stadium. And what about the judo federation? In general we have problems with sports infrastructure.… The Israeli government still doesn’t rally to the importance of sports.”

Chait said if his athletes perform well in Vancouver, it will be a winter well spent, no matter who’s behind them. The Zaretskys begin competition February 19, Renzhin on February 21.