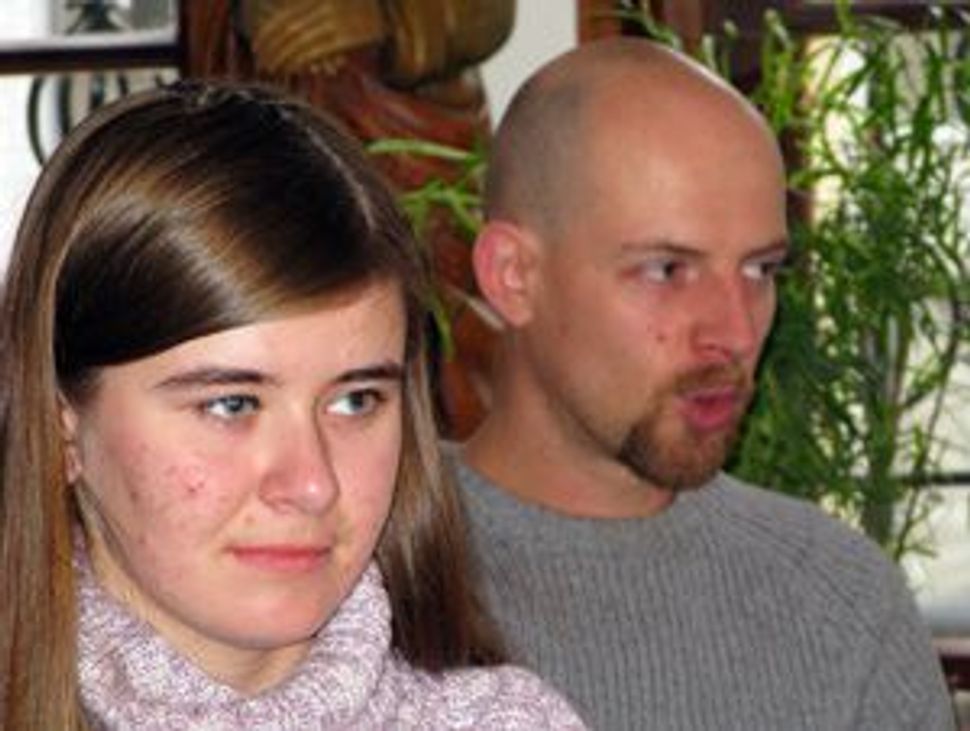 New Generation: Students at the Higher School of Hebrew Philology seek to recover a vanished part of their own history. Image by KRZYSZTOF GALICA 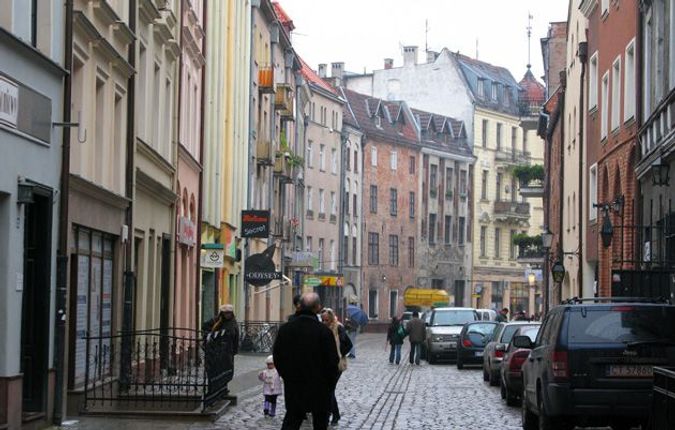 Copernicus?s Birthplace: Torun, a medieval town of 200,000, reflects a Poland poised between an identity that is xenophobic and defensive about its past, and another more open to the world and willing to explore some of its own difficult and sensitive history. Image by KRZYSZTOF GALICA

A crucifix hangs on the back wall of the classroom at the Franciscan school. Beneath it stands a menorah — an unusual sight in devoutly Catholic Poland.

The Higher School of Hebrew Philology, located in Torun, Poland, is a new three-year private college that opened last October. It’s making history, offering a program of study that is unique in Poland. Founded by a Franciscan monk, the school’s purpose is to instruct Poles in Jewish subjects that include Hebrew, Yiddish and the history of Judaism. There are no Jewish students in the school, as there are few left in the country. But its Polish students are brimming with enthusiasm for their subject. 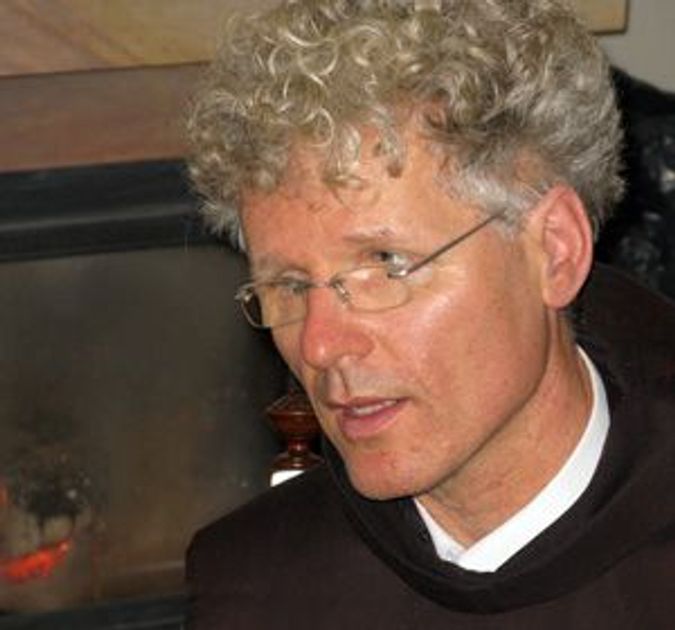 Two miles away, a starkly different message is broadcast daily throughout Poland. On the other side of the Vistula River, which runs through this north-central city halfway between Warsaw and Gdansk, is Radio Maryja, an ultra-conservative Catholic radio station listened to, according to one survey, by an estimated 15% of the country’s adults. Other researchers put the number lower, but large enough to have a major effect on national elections. Its broadcasts demonize Jews and gay men and lesbians, and oppose Poland’s membership in the European Union. The radio station, which is run by the Rev. Tadeusz Rydzyk, a Redemptorist priest, has been broadcasting its signal across Poland for 17 years.

Torun, it seems, is a city of two tales. A medieval town of 200,000 and the birthplace of the astronomer Copernicus, it exemplifies in many ways the juncture at which the country as a whole stands today: poised between an identity that is xenophobic and defensive about its past, and another that is more open to the world and willing to explore some of its own most difficult and sensitive historical corners.

It is in Torun that both of Poland’s political faces are most vividly on display.

Radio Maryja appeals to older Poles, the rural and less educated, and others who feel left behind by Poland’s rapid post-communist transformation. 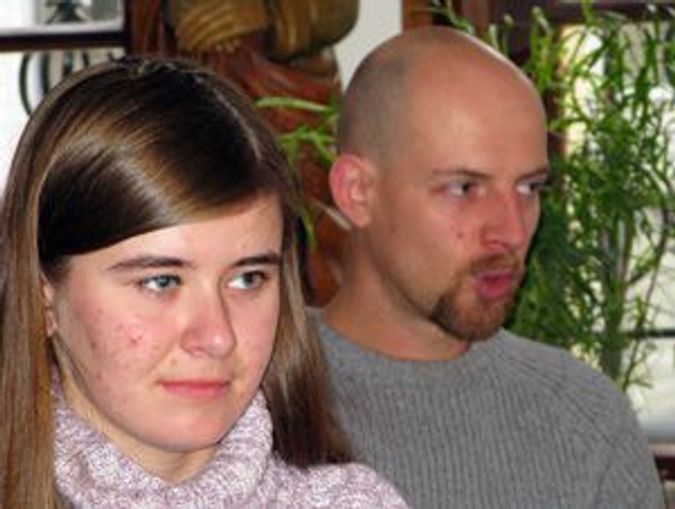 New Generation: Students at the Higher School of Hebrew Philology seek to recover a vanished part of their own history. Image by KRZYSZTOF GALICA

Its programs exploit listeners’ fears that Poland’s new capitalist democracy undermines their traditional Catholic way of life. Jews and Masons are demonized as threatening outside forces. In 2007, Polish president Lech Kaczynski considered a potential government compensation deal on confiscated property that would benefit, among others, Jews and their heirs who lost property during the Holocaust. Rydzyk swiftly denounced the president as a “fraudster who is in the pockets of the Jewish lobby,” according to the Anti-Defamation League.

“Having an enemy unifies them,” said Szymon Spandouski, a reporter for the Torun newspaper Nowosci.

Despite its claim to uphold traditional Catholic values, Pope Benedict XVI has criticized Radio Maryja for meddling in politics. Stanislaw Dziwisz, the cardinal of Krakow, has called on the nation’s bishops to replace Rydzik with a new governing board for the station to avert “a dangerous crisis in the church.” But the badly divided Polish bishops have failed to act. Many support Rydzik.

Antisemitism continues to exist in Poland. Yet for all that, in Torun there is little support for Radio Maryja, especially among the 40,000 predominantly liberal students at Nicolaus Copernicus University. Jacek Holub, a reporter who covers Torun for Gazeta Wyborcza, Poland’s largest newspaper, told me that some graffiti inscriptions in town read, “Torun apologizes for Radio Maryja.”

Some see the establishment of the Higher School of Hebrew Philology as countering this negative image. But Father Maksymin Tandek, its founder and director, says that was not his intention. He emphasizes instead the positive impact he hopes his school will have in Poland.

Tandek, 43, explained that the school had its genesis in 2000 when, in realization of a lifelong dream, he received permission to study at a Franciscan school in Jerusalem for three years.

“When I stood on the rooftop of our school in the Old City, I fell in love with Israel and did not want to leave it,” he told me as we sat next to a fireplace on a cold, rainy day. “I felt honored that I could touch the roots of our religion and our cultural identity when I was in the Holy Land.”

Tandek returned to Poland, determined to find a way to share his love for Israel with young Poles. He wanted to teach them the importance of dialogue between Christians and Jews in the hope that this would prevent bigotry in Poland.

Most of the students at the school have had minimal contact with Jews, mainly because there are so few, only 15,000 left today in this Catholic country with a population of 38.5 million.

Before the Holocaust, there were 3.3 million Jews in Poland. Some 3 million perished in the Holocaust, and most of the survivors left. Many fled after the postwar pogrom in Kielce on July 4, 1946, when Poles murdered more than 40 Jews. Others emigrated when the Communist Party pressured them to leave in 1968. Only two Jews remain in Torun.

“Now, after the Holocaust, Jews and Poles know even less about each other,” said Spandouski, who often writes about Jewish-Christian relations.

Tandek’s school is helping to close this gap for the generation of young Poles that has come of age since the collapse of communism in 1989. This generation is the first in the postwar period to learn about Poland’s rich Jewish history and to learn the unvarnished truth about the decimation of this population during the Holocaust. The former communist government fed the Polish people a distorted version of this history.

Upon his return from Israel, Tandek launched a campaign to establish the school he envisioned. His project had the blessing of the both the Vatican and the Polish Catholic Church. He also secured the support of the Torun City Council. The school receives funding from the city of Torun, the EU and private contributors.

Rivka Halperin, a middle-aged Israeli scholar, is the school’s director of Hebrew language and literature studies. A petite woman who moves around the classroom with the same vigor as her much younger students, Halperin easily switches back and forth between Hebrew and Polish, the language she spoke as a child with her Polish parents, who immigrated to Israel.

Halperin is motivated to teach at the school because a Catholic family in Warsaw hid her mother during the Holocaust. She has kept in touch with the family that saved her mother’s life. She hopes her work will help young Poles learn more about Poland’s Jewish past.

“This renewal of interest in Jewish culture is close to my heart,” Halperin said, noting the widespread interest in Poland’s Jewish history among young people. She said that they keep asking: “If there is a Jewish history, what happened? Where are the Jews?”

Her students spoke with me about their Jewish education when I visited their classroom.

“I felt that I was missing something in Christianity, and I wanted to go back to its roots,” said Anna Turczanik. “Now I am beginning to understand Christianity’s connection to Judaism, and I am finally seeing my religion’s beginnings in Judaism.”

Veronika Klimova, a student from neighboring Ukraine, said that learning about Judaism has better equipped her to respond to the antisemitism rife in her homeland. “Much bigotry is based on ignorance,” she explained.

Paulina Przyziolkowska wants to be able to translate Yiddish stories that were written during the Holocaust into Polish.

“A whole Jewish culture disappeared from this country during the Holocaust,” a male student observed. “It is our obligation to find out why.”

At the moment, makeshift quarters in the monastery can accommodate only 20 students. The school will soon move into a newly constructed building that is on the same property and able to accommodate many more students interested in Christianity’s Jewish roots and the rich 1,000-year history of Jews in Poland.

“Tandek shows that some Polish churches offer progressive ideas that differ from those that come from the other side of the Vistula,” said Jan Wyrowinski, who is a friend of the monk and is also a senator who represents the region in the Polish Sejm, or Parliament, in a nod toward the neighboring broadcast signal sending its message across Poland.