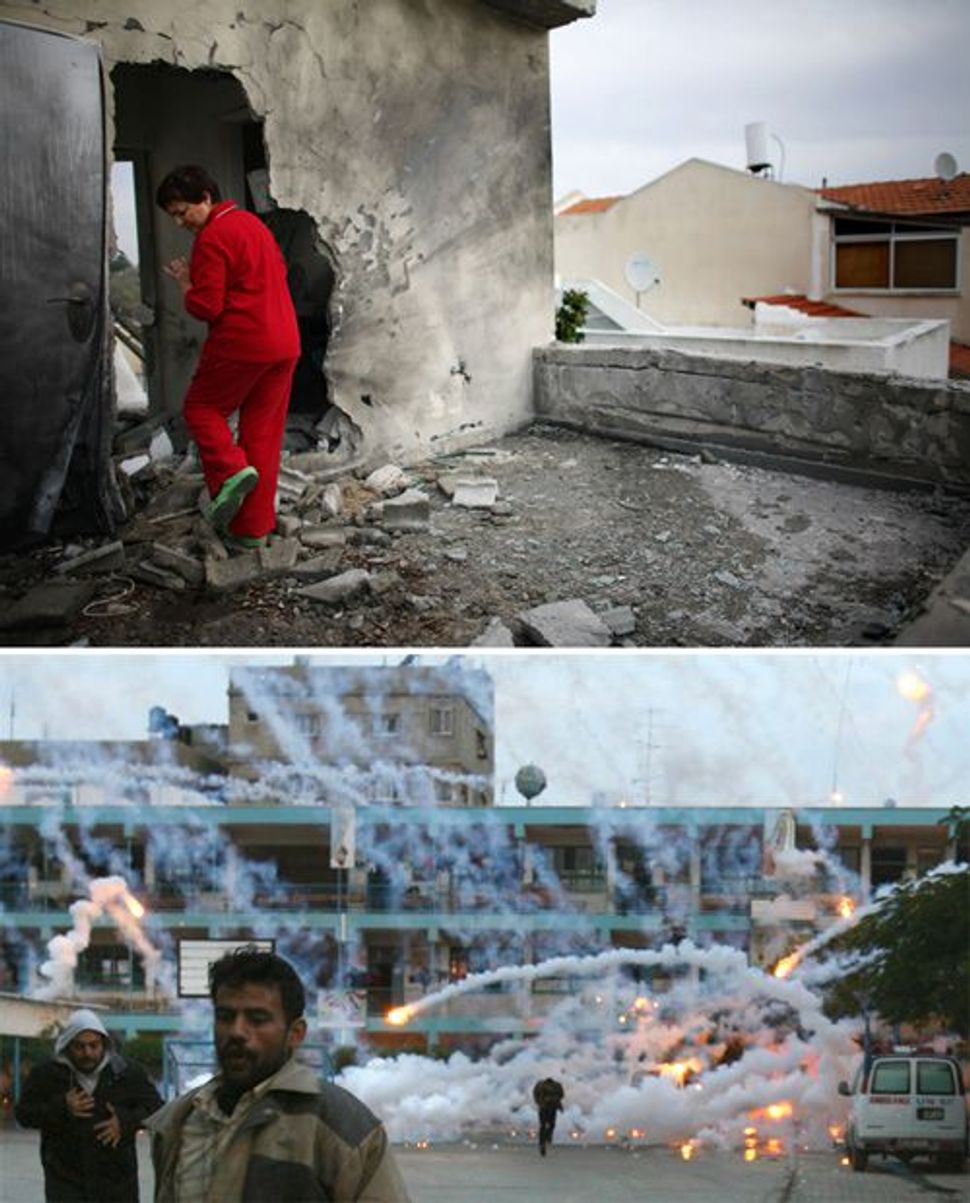 Meeting a deadline of February 5 set by the United Nations, Israel and Hamas have offered their responses to what has become known as the Goldstone Report, the controversial 547-page investigation of the Gaza incursion in 2008-09 that accused both combatants of war crimes. 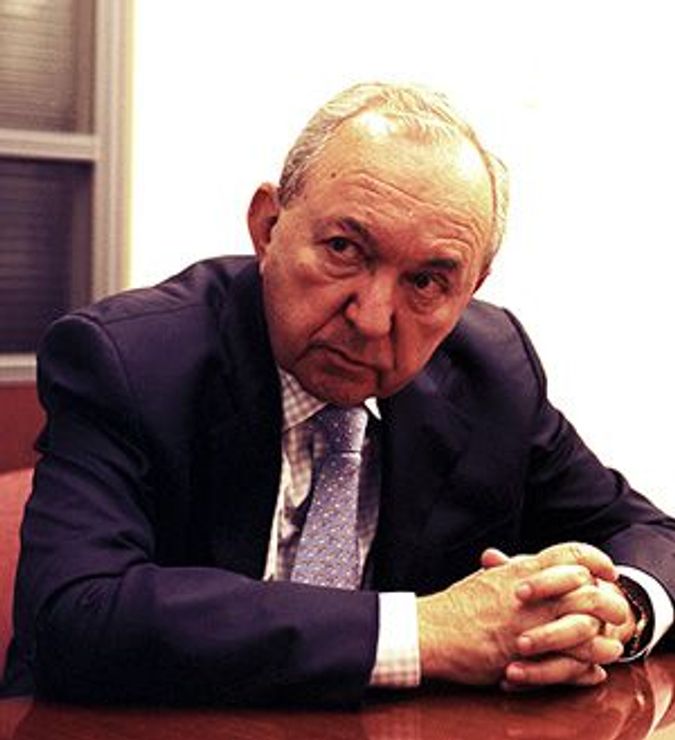 The two sides, not surprisingly, emerged with vastly different interpretations of the U.N. report, but both felt the need to contend with the findings of the South African jurist, Richard Goldstone. While Israel’s submission, the 46-page “Gaza Operation Investigations: An Update,” was posted on the Foreign Ministry Web site, the Forward was not able to attain a full copy of Hamas’s alleged 52-page report and U.N. officials could not confirm it was received.

The New York director of the U.N. Relief and Works Agency for Palestinian Refugees in the Near East, Andrew Whitley, said that Hamas “certainly has not informed us” if it has issued a report, and that “there is no evidence at the United Nations that they have actually done so.” Farhan Haq, a spokesman for the secretary general, also did not say whether Hamas had submitted a report, only pointing out that Israel and the Permanent Observer Mission of Palestine had. “You’ll have to ask Hamas,” Haq said.

A February 3 story by Reuters that Hamas formally submitted its report to a U.N. official in Gaza could not be independently confirmed.

What has been made available by Hamas is a short summary of what it calls the “Implementation Status of the UN Fact-Finding Mission’s Report on the Israeli Aggression,” as well as a press release heralding the release of their report. Both of these documents were translated by Human Rights Watch, which provided copies to the Forward. 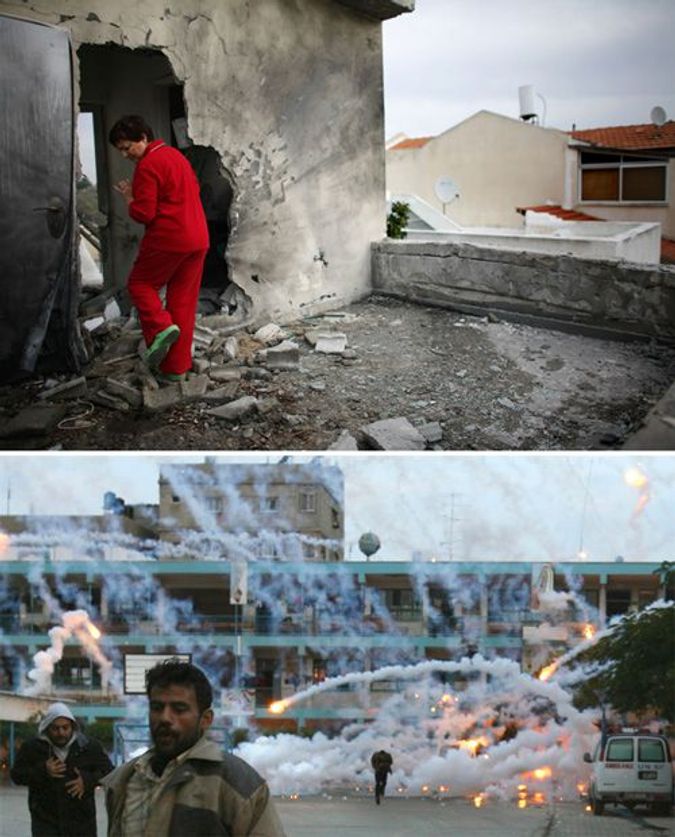 Despite this fact, the press release continues, Ismail Haniya, head of Hamas, has carried out certain measures. Most of these involve opening up Gaza to international monitors of all sorts, and setting up “a committee led by Justice ministers” and “an internal panel” that “worked non-stop to reveal the truth,” the results of which are in the 52-page report.

The summary contains only one substantive refutation of Goldstone. The missiles launched from Gaza at Israeli population centers were not intended to target civilians, it declares. They were aimed instead at military targets. Any civilian casualties were “a result of mistaken fire.”

The Hamas statement was met with a harsh rebuke by Human Rights Watch. Joe Stork, the Middle East Division’s deputy director, said, “Hamas can spin the story and deny the evidence, but hundreds of rockets rained down on civilian areas in Israel where no military installations were located. Hamas leaders at the time indicated they were intending to harm civilians.”

The Israeli report is now the third such assessment of the military campaign in Gaza. Two were issued — including a 164-page report in July — before the Goldstone Report was even released. Israel, on the receiving end of much of the international criticism about the conflict, has a more defensive tone than Hamas. While the militant organization has embraced Goldstone’s findings, believing them to be weighed in its favor, Israel has vehemently argued that they contain gross errors as well as conclusions rooted in anti-Israel bias.

At the same time, the Goldstone Report’s allegations of war crimes and the way they have been publicized have made the report impossible for Israel to ignore. For months, Israeli officials have debated whether they should appoint an independent judicial panel to investigate its findings, as Goldstone has recommended. A Jerusalem Post editorial February 2 captured the difficult position in which Israel finds itself: “Israelis further resent the report’s dammed-if-you-do-dammed-if-you-don’t stipulation for an Israeli commission to examine IDF behavior during the Gaza war: If Israel refuses, Goldstone threatens further ‘lawfare’ at the International Court of Justice in The Hague; if Israel does establish an inquiry commission it might imply Goldstone’s complaints have validity.”

This latest report captures this resentment. At the same time that it is clearly responding to Goldstone’s allegations, it states early on that it does not want to be seen in any way as legitimizing Goldstone.

“As Israel has clarified before, Israel disagrees with the findings and recommendations of the [Goldstone] Report, which reflect many misunderstandings and fundamental mistakes with regard to the Gaza Operation, its purposes, and Israel’s legal system,” the Israeli government asserts. “This paper is not intended as a comprehensive response to the [Goldstone] Report or a catalogue of the Report’s serious inaccuracies and misstatements.”

In fact, more than half the document is an explanation of Israel’s military justice system. It details the oversight provided by Israel’s Attorney General’s Office and the Supreme Court, and makes an implicit argument that Israel, like every other Western democracy, has the mechanisms for dealing with transgressions by soldiers and officers.

The other half of Israel’s report provides a status update on its own internal investigations. To date, the report states, the Israeli army has looked into 150 incidents. Of those, 36 have been referred to police authorities for criminal investigation. For the first time, the Israelis reveal that these probes have involved interviews with 100 Palestinian complainants (found with help from B’Tselem, the Israeli human rights group) and 500 Israel Defense Forces soldiers and commanders.

As far as the 34 incidents detailed in the Goldstone Report, Israel has investigated all of them: Twenty-two were already being looked at before the report was issued, and the remaining 12 have since been examined.

Israel’s self-examination about possible infractions during the war comes off as extensive. In the immediate aftermath of the fighting, the chief of the general staff, Gabi Ashkenazi, initiated five special command investigations to look at “the most serious allegations” made against the army. A sixth investigation was launched in November 2009, after the Goldstone Report.

Beyond pointing out “operational lapses and errors in the exercise of discretion,” the only concrete disciplinary measure to emerge from the initial five investigations was the reprimanding of two commanding officers involved in the shelling of the UNRWA field office in Tel El Hawa. Ashkenazi is described as having disciplined a brigadier general and a colonel. According to news reports, the form of disciplinary action was a note placed in their personal records that could affect their chances of promotion.

Left out of the description of the UNRWA incident is any mention of the allegation that white phosphorous was used in the shells that attacked the compound. Instead, the report later sets aside any complaints involving the incendiary chemical substance, asserting, “The Military Advocate General found no grounds to take disciplinary or other measures for the IDF’s use of weapons containing phosphorous, which involved no violation of the Law of Armed Conflict.”

The only criminal charge to emerge from the various investigations thus far was against a soldier who, the report says, was indicted and convicted.

The sixth investigation, overseen by “a Colonel with substantial field and command experience,” was launched in November 2009 in direct response to the Goldstone Report, with the aim of taking up some of its most notorious allegations, including the attack on the al-Samouni residence and the Al-Maquadme Mosque. This investigation is still ongoing, but many of the claims have already been dismissed. Four of these resolved cases — all of which are in Israel’s favor — are detailed in the last pages of the report.

A typical example of the Israeli argument is the incident at the el Bader Flour Mill. The Goldstone Report describes the mill as having been bombed from the air in a deliberate attempt to damage the civilian infrastructure of Gaza and deny food to its population. But the report paints a different picture. Using satellite photos and referring to the testimony of the mill’s owner, who said he found empty bullets on the roof of the mill, the report claims that a tank fired a shell at the mill in response to fire from militants in the area. The building then caught fire, and the IDF even helped a few fire engines arrive at the scene to put it out.

In these refutations, Israel directly addresses the allegations in the Goldstone Report, yet it insists, until the last lines of the document, that all it’s really interested in is its own commitment “to upholding the rule of law.”