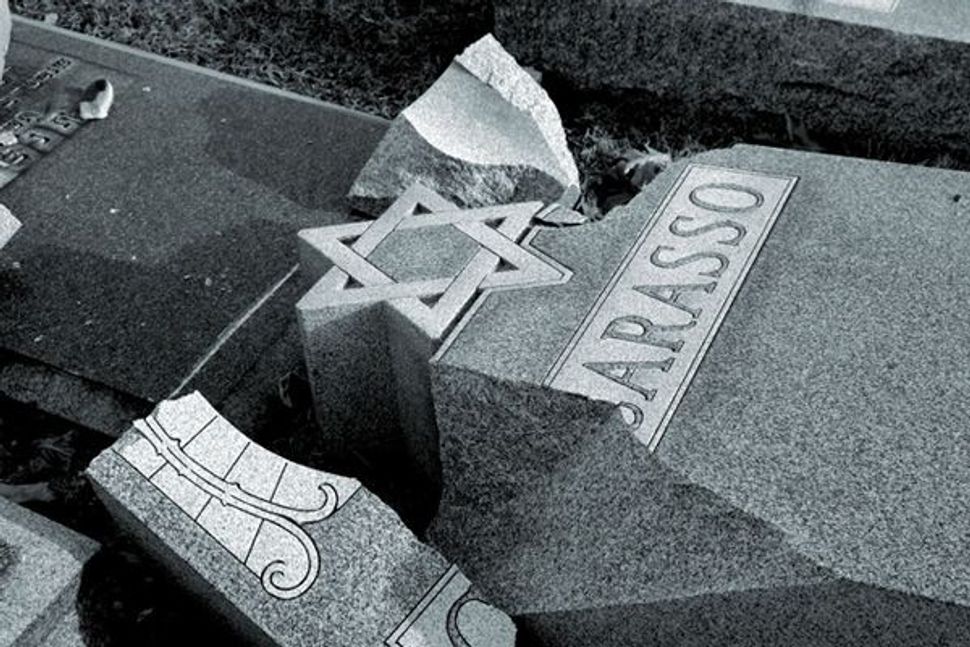 In the days following New Year’s, New Jersey’s Poile Zedek Cemetery was visited by vandals who knocked over nearly 500 tombstones on two separate sprees of destruction.

The last tombstones were toppled in New Jersey a day before different vandals hit Westlawn Cemetery in Chicago the night of January 5. Dozens of gravestones were graffitied with blue-and-white swastikas and with antisemitic slurs.

As of press time no one had been apprehended in the Chicago incident, though the police had already deemed it a hate crime.

In New Jersey, the New Brunswick police apprehended four teenagers accused in the Poile Zedek incident. The police there said that “there’s nothing to indicate it’s a bias crime.”

The community began repair work Sunday, with a thorough cataloging of the damage — helped along by a local Boy Scout troop. The Forward’s Julian Voloj was on hand to capture the scene in images.

The pictures show the gravestones, as well as Linda Edenson Cohen and Adele Barnett, who were visiting the destroyed gravestone of Barnett’s great-grandmother. 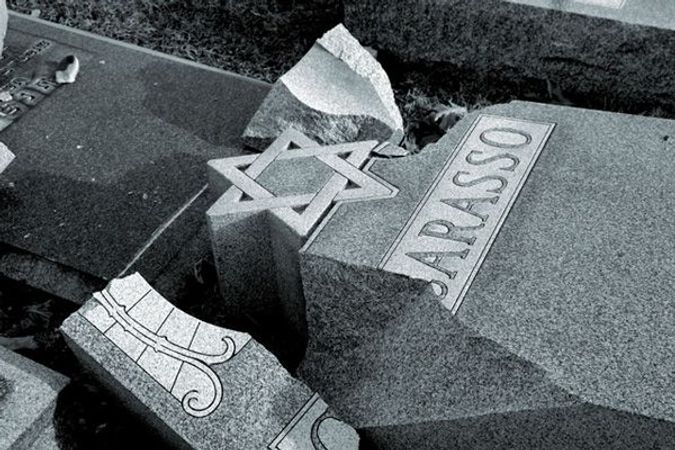 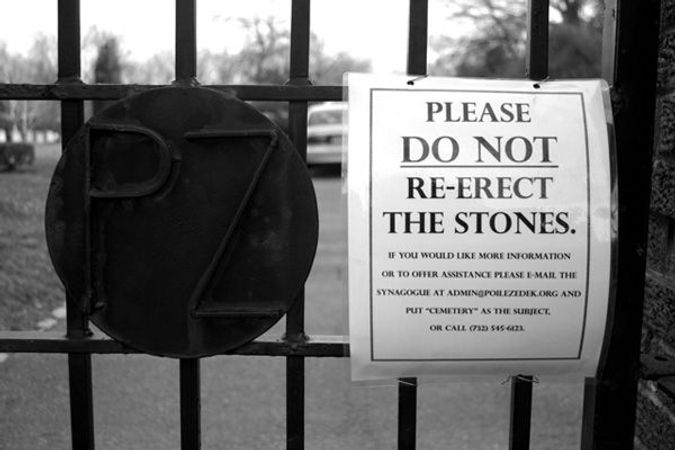 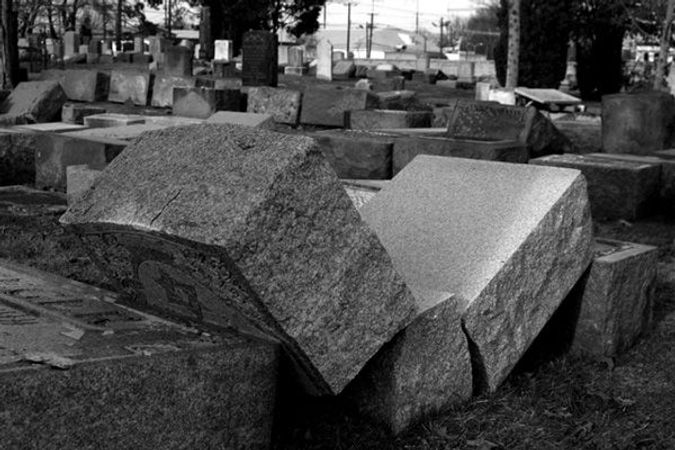 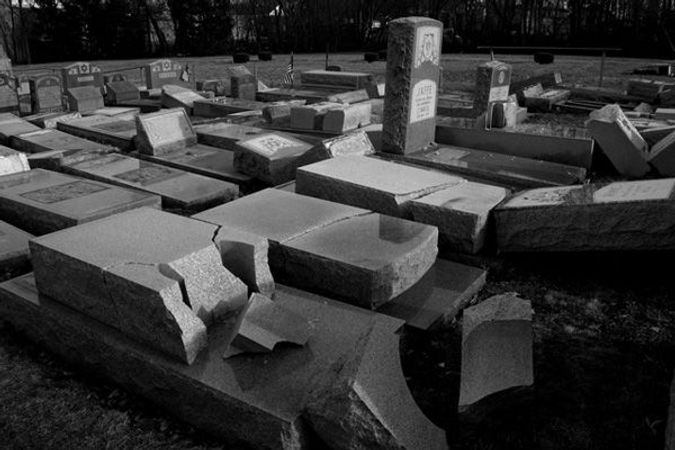 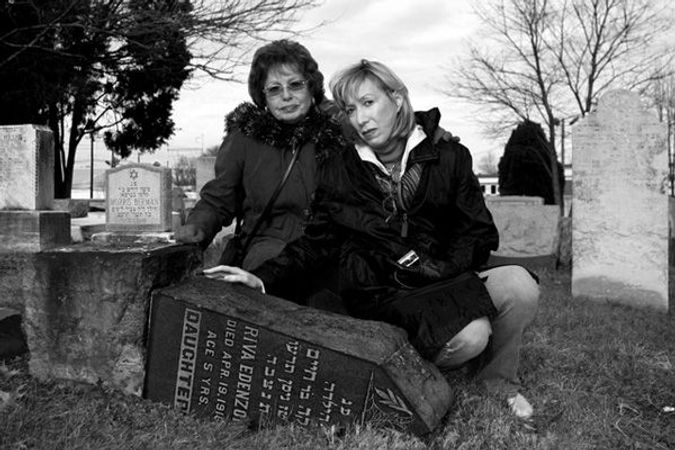 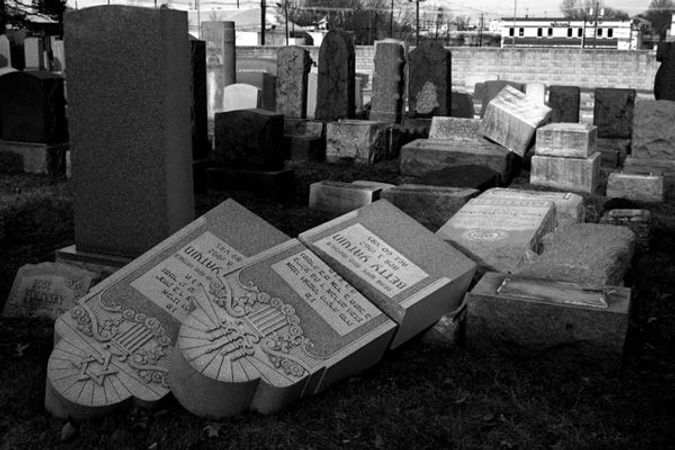 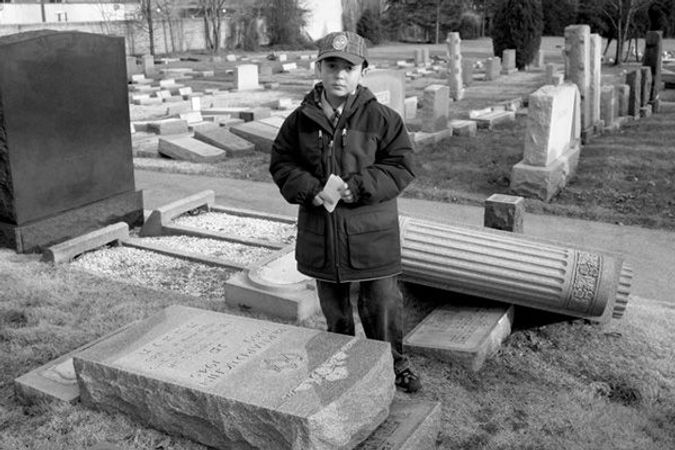