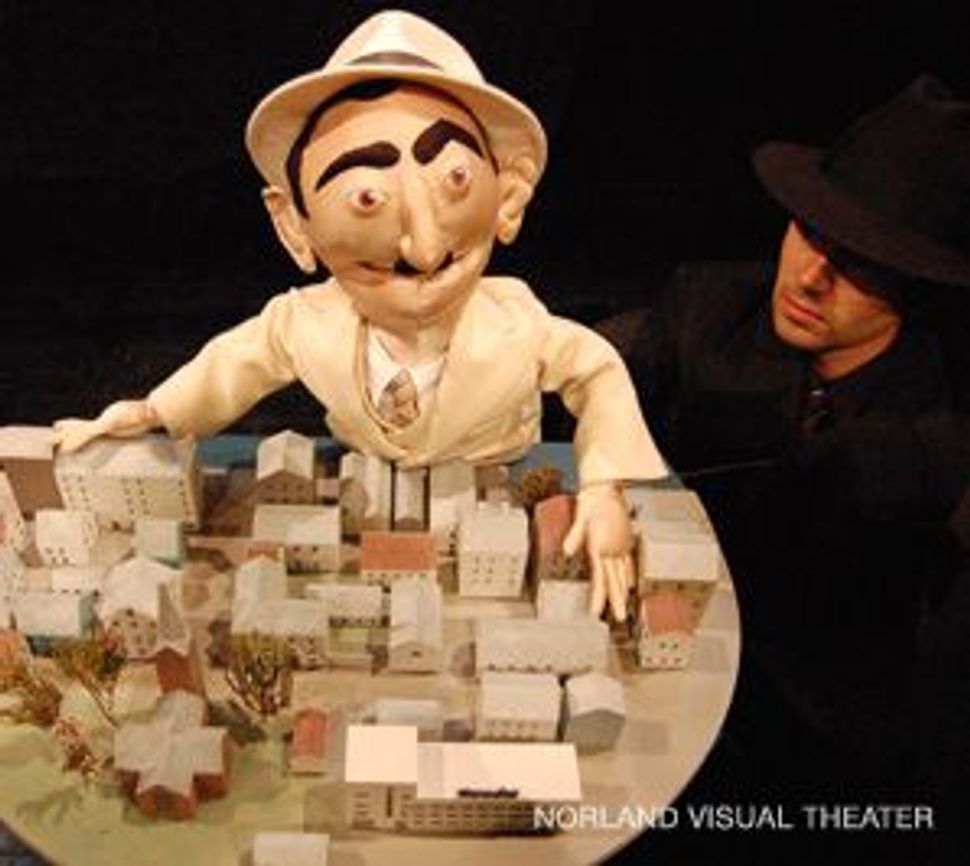 Resistance: Moritz Rabinowitz, the puppet, and the Village of Haugensund.

Wakka Wakka Productions’ latest puppet theater musical, “Fabrik,” insists that puppets can be serious political rabble-rousers, too. Set in Holocaust-era Norway, real-life anti-Nazi activist and Jewish businessman Moritz Rabinowitz takes the stage as a puppet, singing and dancing through the fiercest moments of his life and enticing even those too lighthearted to read about him in a history book. 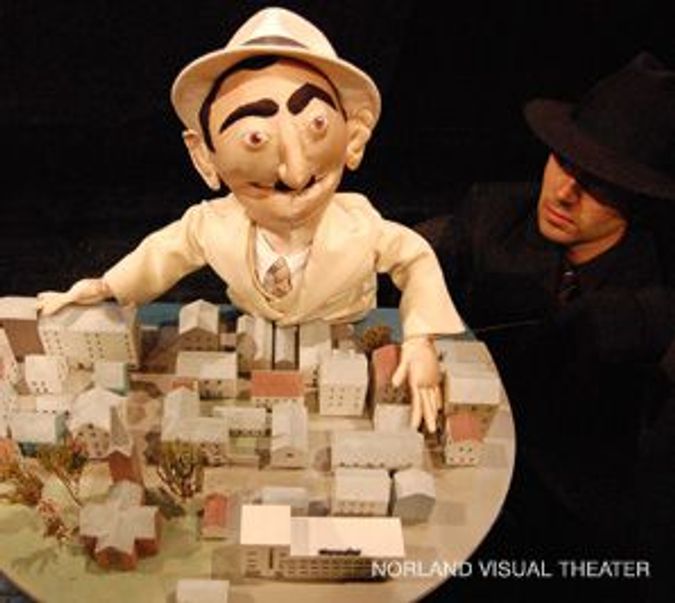 Resistance: Moritz Rabinowitz, the puppet, and the Village of Haugensund.

Rabinowitz the puppet has a flamboyantly Jewish face with intense, diamond-shaped eyes and a nose that points downward into a sharp tip. He enters the stage an all-encompassing entrepreneur, preaching to the audience on the ways of success (Rabinowitz the man owned numerous clothing shops, as well as the largest clothing factory in all of Norway). Running errands from the backseat of a Studebaker limousine, he looks as debonair as ever, but things back home are not always so shiny: Rabinowitz and his family are the only Jews in town and are treated as outsiders, his wife, Johanne, constantly bemoaning her loneliness and feelings of isolation. Johanne soon falls dead, tragically, and Rabinowitz can now spend all his time speaking out against the Nazis. In a radio interview, he breaks out into song about his hatred for Hitler, and this stirs up quite the kerfuffle among German intelligence. Rabinowitz has clearly entered the high ranks of serious political target by now, but he cannot be persuaded to flee approaching German forces and escape to London. The show, which features an original score that blends industrial noise with period and folk music, comes to a whiplash halt when the Nazis capture Rabinowitz and send him to the Sachsenhausen concentration camp, where he dies from “maltreatment.”

It can be dizzying at times to get lost in a show alternating so much pain with so much restless enchantment, but one has to wonder: Could one emotion pack the same punch without the other?