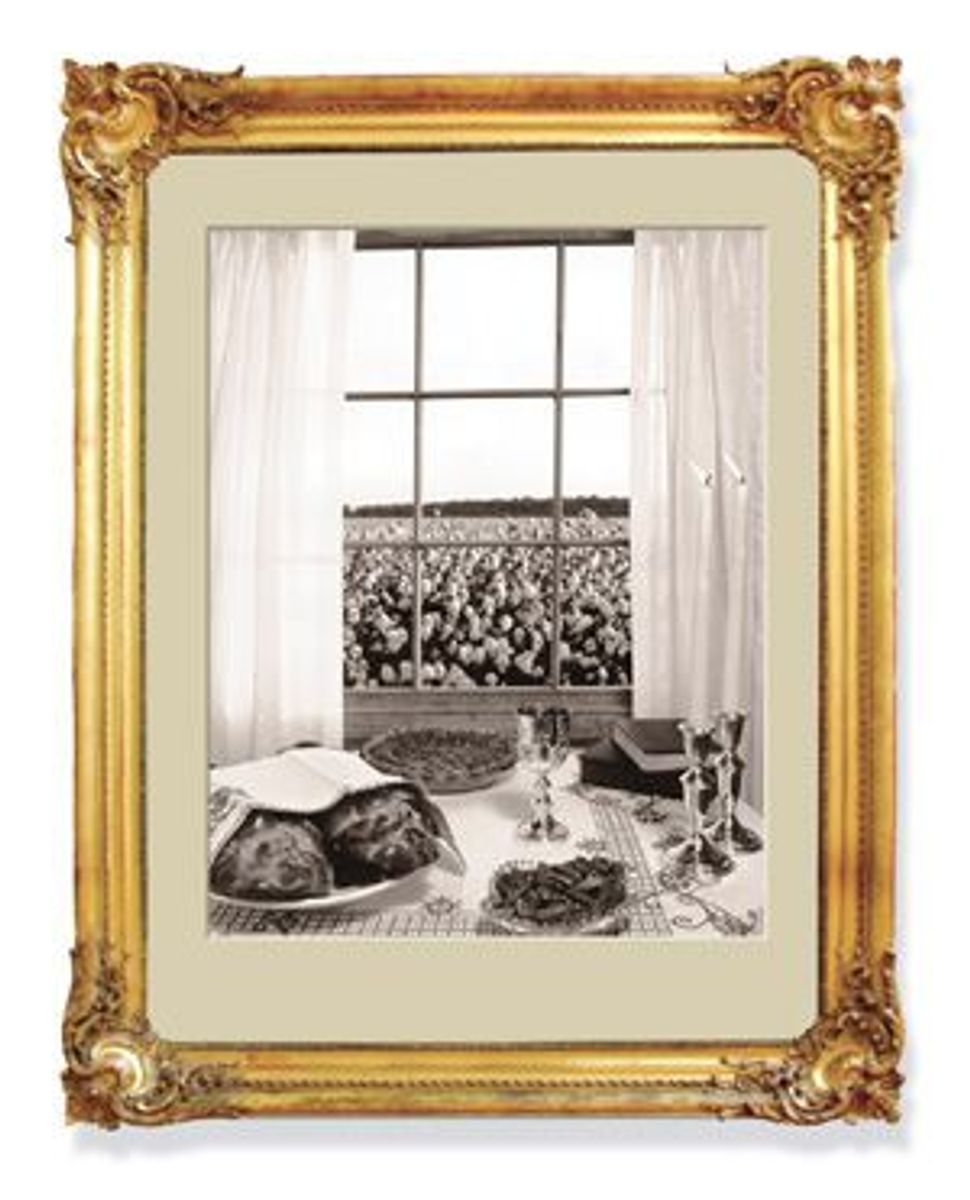 Many of us grew up in homes where there was little or no Jewish art. It seemed kitschy, or people were simply not ready to go wall-to-wall Chagall. Today, however, we are looking with fresh eyes at Jewish art and, when the price is right, schlepping some of it home. 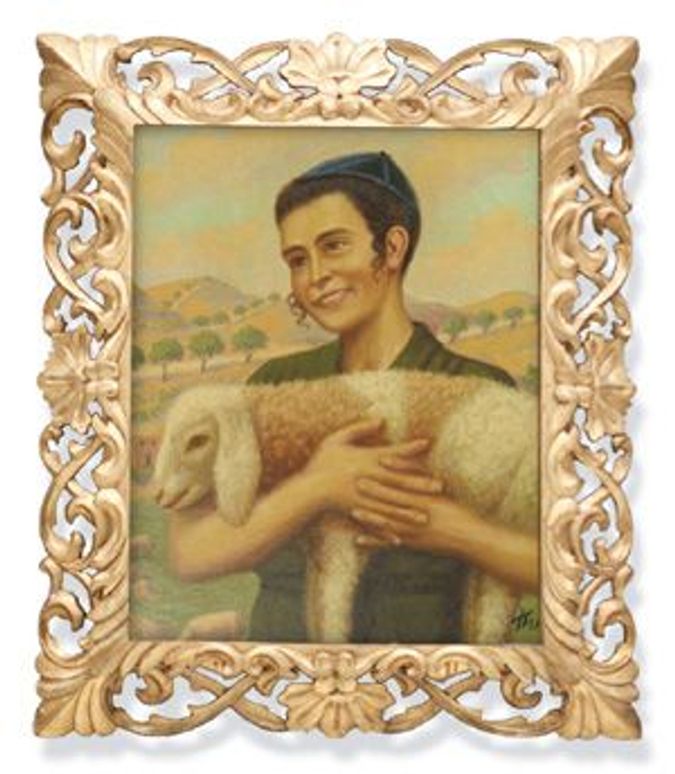 Priced To Sell: Affordable Jewish art can be found in a variety of places, including garage sales and online. Image by COURTESY OF EDMON J. RODMAN

But many Jews, especially younger ones, are faced with art sticker shock. Even signed prints by such well known Jewish artists as Yaacov Agam can run into the thousands of dollars, and an original Reuven Rubin can cost more than a new home.

But often for just a few dollars, you still can find works that tell real Jewish stories and that challenge your views of what Jewish art is.

If you’re looking for Jewish art on a budget, here are some good tips:

Go to local thrift shops: A few years ago, my friend tipped me off to a Hadassah thrift shop in Los Angeles where I found a box of signed and numbered prints by Israeli artist Dan Reisinger. Originally created from a series called “Scrolls of Fire,” which hangs in Beth Hatefutsoth: The Nahum Goldmann Museum of the Jewish Diaspora, in Tel Aviv, each abstract print depicts a tragedy of the Jewish people. At the time, they were a buck or two each. Though a one-time find, thrift shops can be great places to snag cheap art, as can Web sites: A richly illustrated “Scrolls of Fire” coffee table book is also available, for $15 and up, at http://used.addall.com.

Attend neighborhood garage sales: Hidden in the search for low-budget art can also be the thrill of the “find.” Often at garage sales, unassuming sellers looking to unload old junk will inadvertently get rid of expensive treasures. 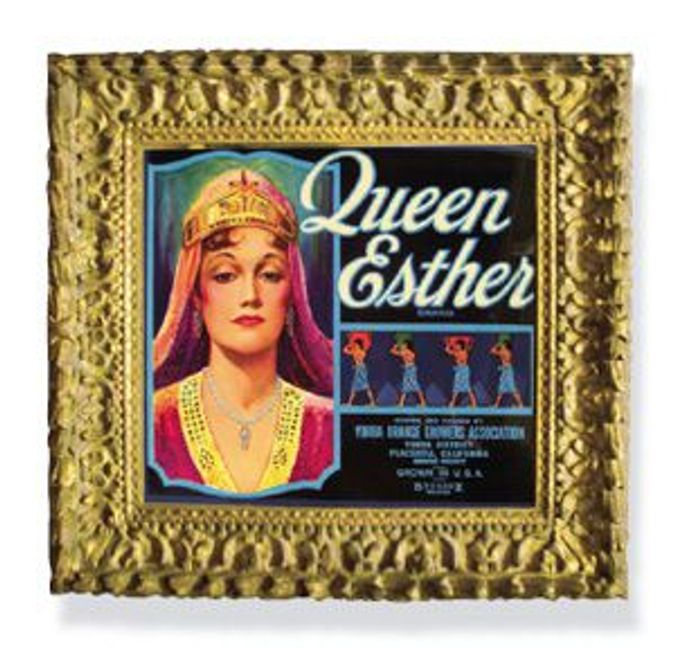 My cousin, Seymour Fromer, co-founder of the Judah L. Magnes Museum in Berkeley, Calif., in his later years was a discerning shopper of low-cost Judiaca. One day he presented me with an unframed oil painting of the Old City in Jerusalem that he had purchased for a few dollars at a garage sale. Turns out the work, dated 1967, was by a veteran Israeli artist, Menachem Nadiv, who came to Israel at the beginning of the 20th century.

Another “find,” now hanging in my dining room, was purchased at a synagogue garage sale in Anaheim, Calif., for $35. It’s a portrait of a young Orthodox halutz (pioneer) holding a lamb. The subject has rosy cheeks, and both boy and lamb look well fed — probably an early Zionist expression of a Jewish return to the land. If your city offers few garage sales, an online source for low-cost prints of vintage Israeli art is www.artfromisrael.com/RoadtoTiberius.html.

Scour the Web: Still asking, “Where do I look”? In your search, remember that there are others out there in addition to Jews who also enjoy a Bible scene or two. For example, from growing up in Orange County, Calif., I knew that the orange-crate label had become a collectible. A quick search of several label-collecting Web sites yielded three vintage biblically themed labels: a coolly reserved looking Queen Esther brand; a Rebecca brand, holding a jug, and an Old King Cole-styled King David. Each is available for around $10 at thelabelman.com.

Substitute the real thing for remakes: Prints and posters are a good way to purchase art on a budget. For Jewish households where traditional art with a modern look is desired, Hasidic artist Michoel Muchnik has a collection of fanciful prints, including a “Mitzvah Train,” that are nice for children’s rooms. Each is available for less than $40 each at muchnikarts.com. Also, former underground comix artist Barbara Mendes has several exuberantly Jewish posters, framed, $48–$64, at barbaramendes.org (for buying info: barbaramendes@aol.com). 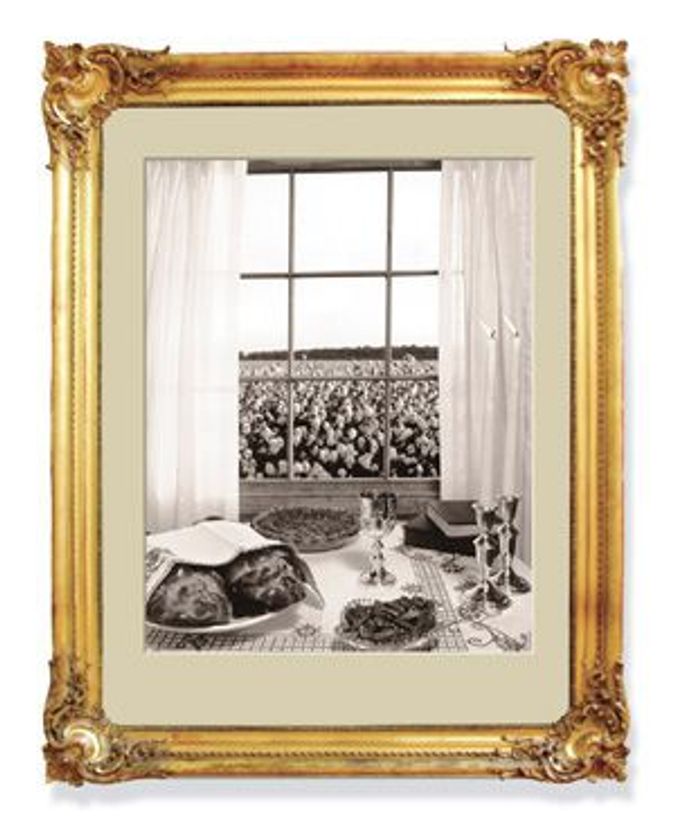 For new works, museums that produce posters and replicas are a budget-conscious way to go. The Goldring/Woldenberg Institute of Southern Jewish Life is offering 11-inch-by-14-inch signed photographs (“Shabbat Cotton,” “Magnolias and Menorah”) by photographer Bill Aron for $50 each, as well as other images by special order, $50 and up depending on size. http://www.isjl.org/peddlers_cart/photography.htm

At the American Jewish Historical Society, a colorful poster of the late Yiddish theater star Molly Picon is available for $20. www.ajhs.org/store/posters_01.html.

If all else fails, get creative: Of course, the best buy in Jewish art on a budget is a purchase that helps someone else’s budget. In Israel, there’s an organization, Yad LaKashish, that operates a series of workshops for the elderly in which they create silk wall hangings and challah covers, all hand painted and priced to move you. www.lifeline.org.il/

Edmon J. Rodman, a freelance writer living in Los Angeles, created a family art tour for the Getty Museum called “The Getty Art Detective.” He recently led a group tour of the Jewish art and artists of the Los Angeles County Museum of Art.