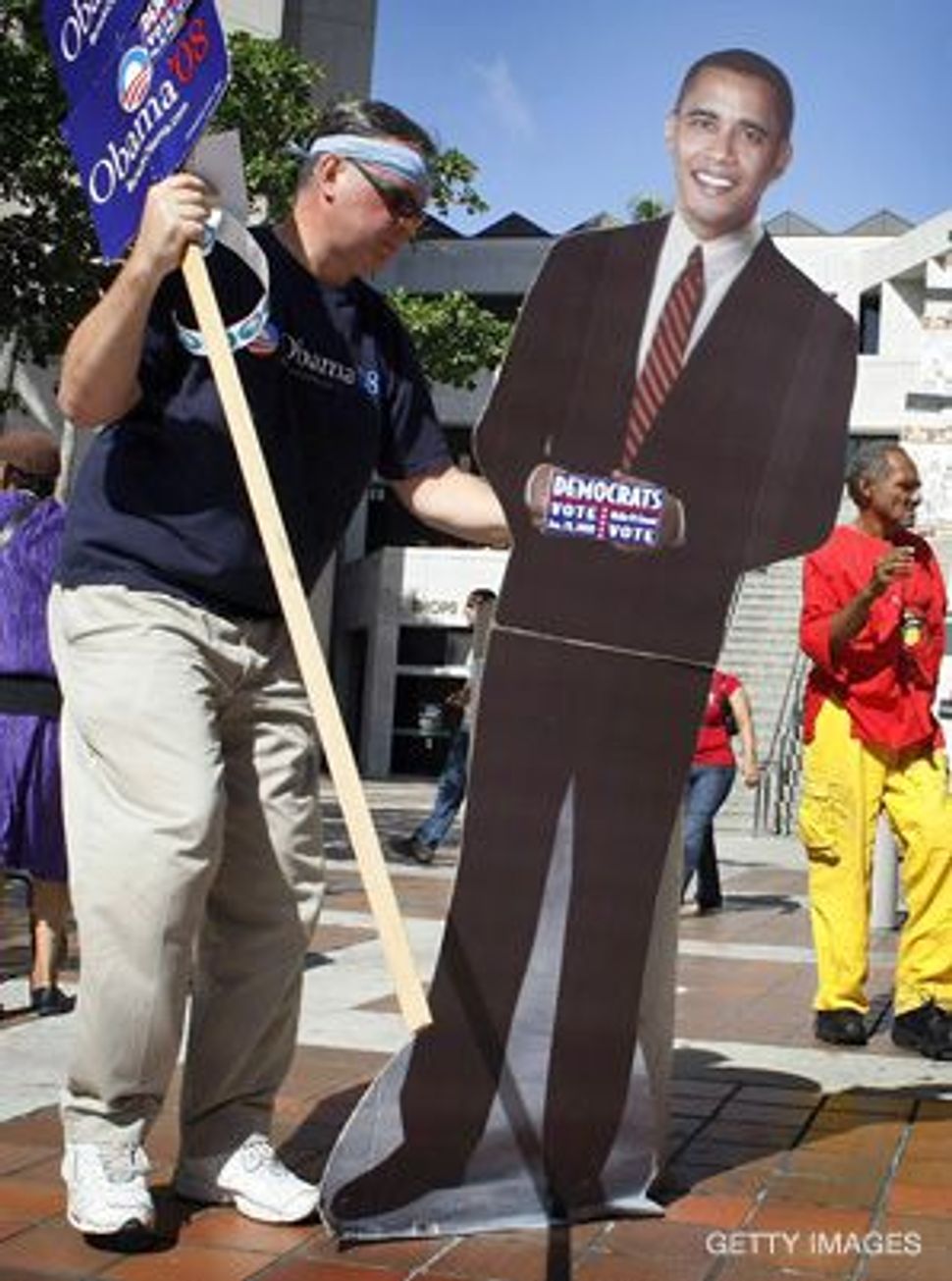 Stand In: Democratic hopefuls are skipping Florida, due to a dispute over the state's choice of primary date.

As Florida steps into the national political spotlight with its upcoming January 29 primary, some Jewish Democrats are bracing for what is, by now, an all-too-familiar feeling: Their votes may not count. 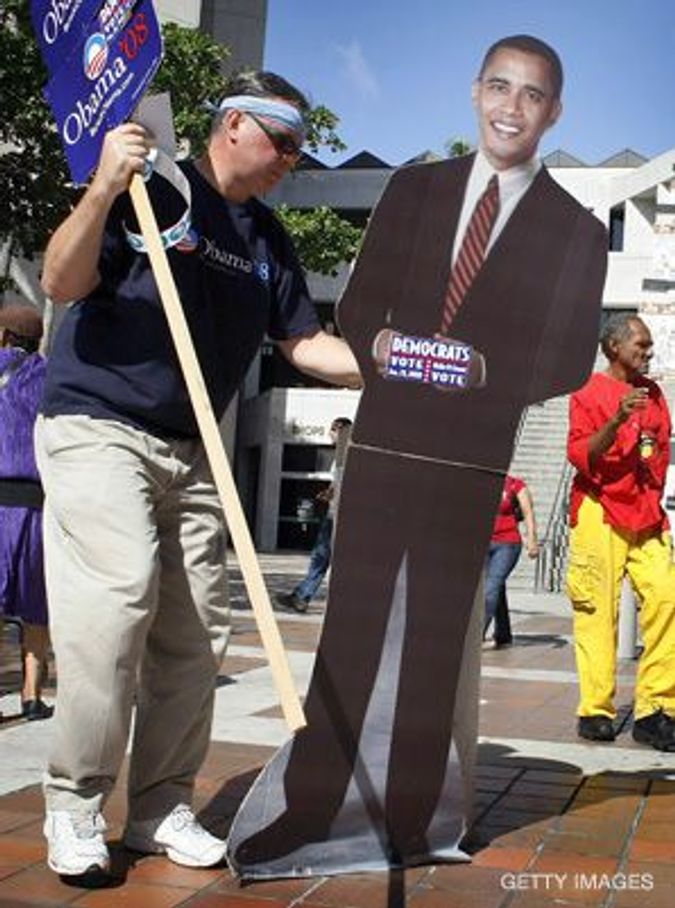 Stand In: Democratic hopefuls are skipping Florida, due to a dispute over the state's choice of primary date. 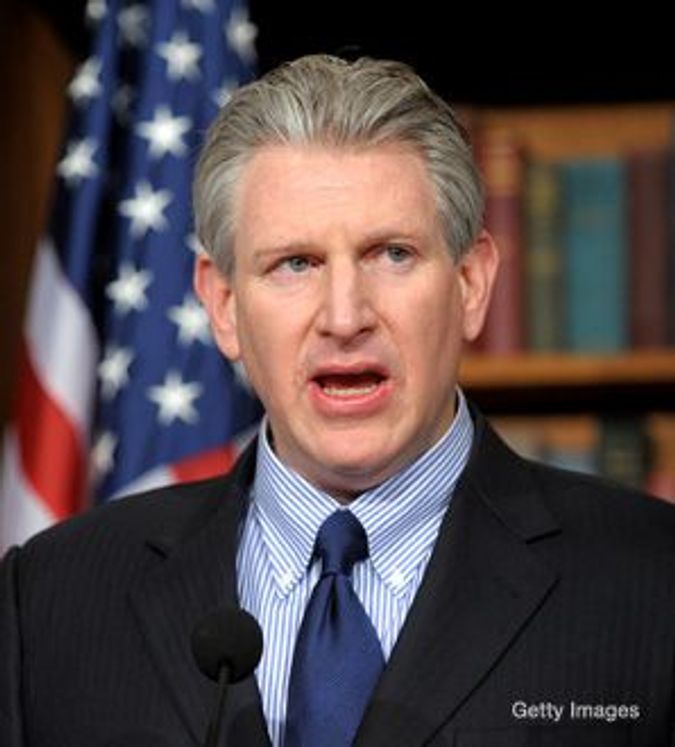 Due to the state party’s unresolved stand-off with the Democratic National Committee over its decision to jump ahead of the party-approved calendar, Florida’s 210 delegates may not be seated at the Democratic convention later this year, while the leading Democratic candidates have pledged not to campaign in state. Given that Florida boasts one of the country’s largest Jewish communities — home to nearly 700,000 Jewish residents — Tuesday’s primary might have the impact of, once again, disenfranchising Jewish voters in disproportionate numbers.

For life-long Democrats like Bernard Shlossman, a 90-year-old resident of Boca Raton, the situation brings to mind bad memories of 2000, when thousands of elderly Democrats in Palm Beach County, confused by the infamous “butterfly ballot,” accidentally voted for Patrick Buchanan over Al Gore or had their ballots invalidated.

“I think the whole election system here is bad,” Shlossman said, speaking from his home at the Boca Lago Country Club, where he was preparing his taxes on a Monday afternoon and getting ready for an early dinner. “First they had that bad type of ballot, and then they went to the touch screen and had a lot of problems.… It has not been the best system for many, many years.”

Last month, a Quinnipiac University poll showed Senator Hillary Clinton leading among Florida Democrats, with 36% of the vote, versus 13% for Senator Barack Obama and 11% for former senator John Edwards.

In the absence of a concerted campaign, political insiders expect Clinton to win, and they believe that a victory could be important, with or without delegates. “The impact of the Florida primary is the influence the people who scheduled it so early intended — a ripple effect that would extend to the gazillion primaries scheduled for the next week,” said Stephen Craig, chair of the political science department at the University of Florida. “It clearly helps Clinton as the front-runner.”

The Florida contest is the last Democratic primary scheduled before Super Tuesday, February 5, when the vast majority of Jewish Democrats will vote in primary contests in New York, New Jersey, California, Massachusetts and Illinois.

Given that the Florida primary comes at a crucial time in the campaign, supporters of both Obama and Clinton are stepping up their efforts in the state, particularly in the form of fundraisers, which do not violate the no-campaign pledge.

Oscar-winning actor Forest Whitaker is slated to headline a fundraiser for Obama in Miami on January 24. Michael Adler, a Miami-based businessman who is the immediate past chairman of the National Jewish Democratic Council and was the national finance co-chair for Senator Joseph Biden’s abortive presidential bid, is hosting a fundraiser for Clinton on January 27, as are Myra and David Band, a prominent Jewish Democratic couple in Sarasota on the same day.

In recent days, the Clinton campaign has moved more directly against Obama in Florida by taking public issue with a campaign commercial he aired in the state as part of a national ad buy.

The commercial was approved by Democratic party officials, leading some backers of Obama to insist that it is Clinton herself who might be readying to make a campaign push in Florida.

“Senator Obama has abided by his pledge, and the only one suggesting otherwise is the Clinton campaign,” said Florida Rep. Robert Wexler, who chairs Obama’s campaign in Florida. Clinton “may be looking for an excuse to not honor her pledge,” he said.

In the eyes of Richard Scher, a professor of political science at the University of Florida, such hard-boiled tactics would be unnecessary.

“Florida is full of ex-New Yorkers, including yours truly,” Scher told the Forward. “Clinton has the inside track because she’s very well known here… plus, Bill Clinton is seen to walk on water in southeastern Florida, and I think Hillary has inherited some of that.”

Nonetheless, Shlossman remains undecided for now, though he said he was more likely to vote in this year’s primary than he usually is, with or without delegates.

“It’s more interesting this year,” Shlossman said. “The chances of America having a female as a president or an African American as a president, it has never existed, so maybe things are starting to turn around.”