Museum Creator Made Home for Artifacts 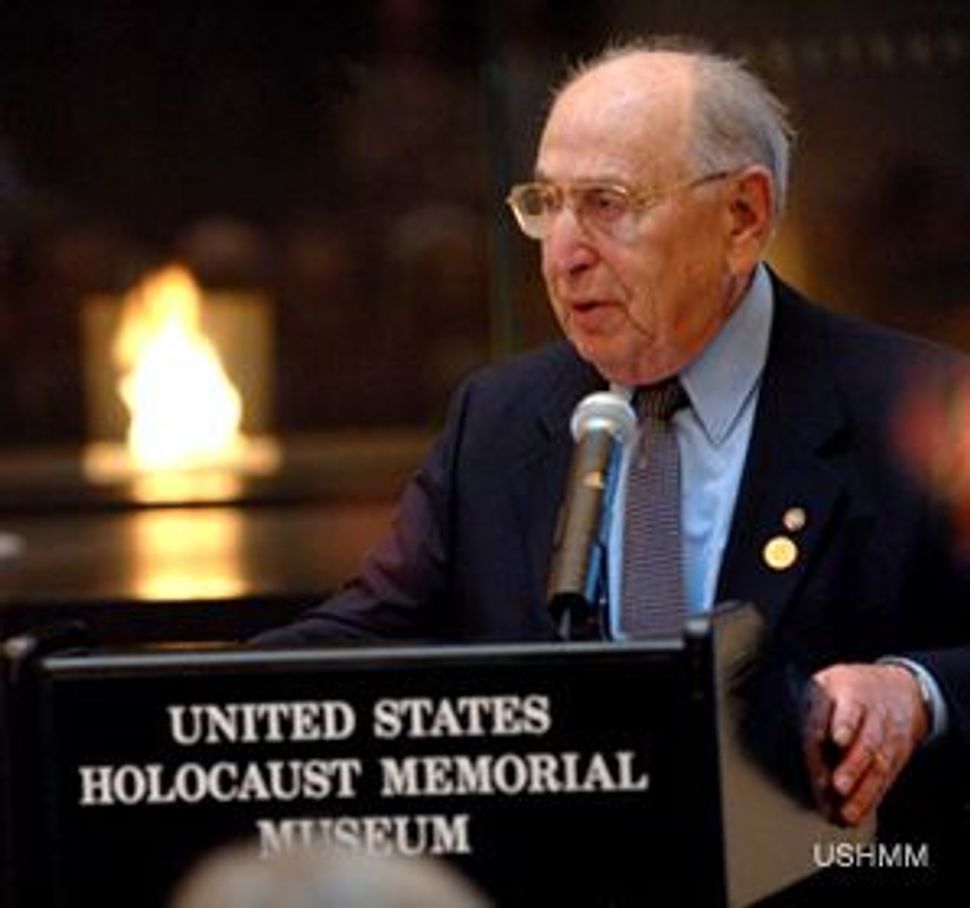 Mr. Chairman: Miles Lerman was central in the creation of the Holocaust museum.

Miles Lerman, who was central to the creation of the United States Holocaust Memorial Museum, died January 22 after a long illness. 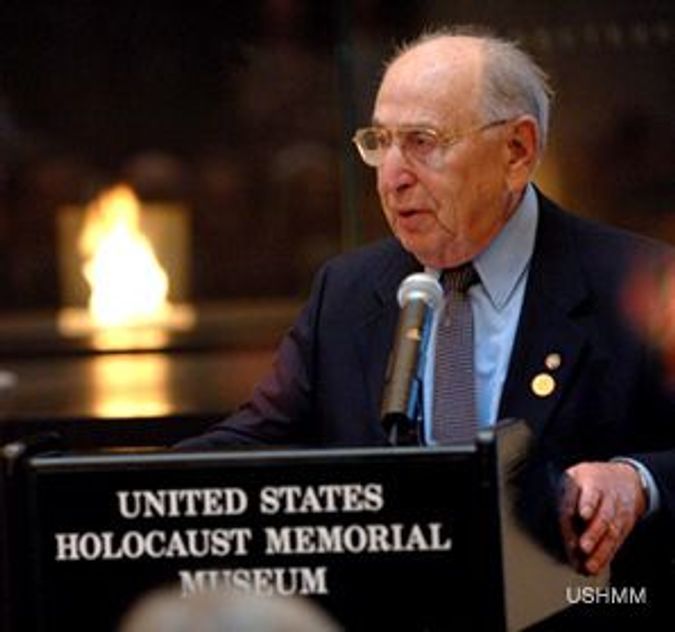 Mr. Chairman: Miles Lerman was central in the creation of the Holocaust museum.

Lerman, who was 88, began his work on behalf of the museum in 1979, when then-president Jimmy Carter named him to the advisory board of the President’s Commission on the Holocaust. In the ensuing years, Lerman was chairman of the campaign that raised the $190 million necessary to build, equip and endow the museum. Shortly after it opened, he was named as its chairman. He guided the museum board through the first seven years of its creation.

I knew Lerman as a project director at the museum, and I traveled with him to meet with heads of state, diplomats, museum directors and curators. It was all part of Lerman’s quest to fill the museum with the artifacts that helped shape its permanent exhibition.

Miles Lerman was indefatigable on these trips — as he was throughout life. The day would begin at 6 a.m. and end at 1 the next morning. He would negotiate with the leaders, dine with them, socialize with them in the Eastern European fashion: A partisan’s capacity to hold his liquor was a unique asset in Eastern Europe. He would do everything necessary to conclude an agreement. When doors were closed, Lerman opened windows. If back channels did not work, he used a sledgehammer. And he flawlessly made the transition to democratic leaders from communists.

In making these trips, Lerman was returning to the place he came from.He was born in Tomaszov Lubelski to a family that owned flour mills and other businesses throughout eastern Poland. He and his four siblings were raised in an observant home; his father was a supporter of the Belzer Hasidim.

Following his father’s untimely death in 1938, Lerman helped run his family’s business. But with the German invasion of Poland, the entire family fled to Lvov, where Lerman was arrested and forced, in December 1941, to work at the Viniki labor camp, from which he later escaped. For 23 months in the forests surrounding Lvov, Lerman was a leader in organized armed resistance against the Nazis.

After the war, Lerman moved to Lodz from Lublin. In Lodz he met his future wife, Krysia Rozalia, who later became known simply as Chris. Together, the pair immigrated to the United States in February 1947, and Lerman purchased a poultry farm in Vineland, N.J. — the home of so many survivors after the war.

Over the years, Lerman established profitable businesses in the gasoline, heating and real estate sectors, becoming a prominent member of the Jewish community. But it was with his work in Holocaust memorialization that Lerman made his lasting mark — both as a fundraiser and as a visionary determining what Washington’s Holocaust museum should look like.

Lerman’s grandest vision was to have the museum be a repository for artifacts and archives. In accomplishing this, he faced opposition from the museum’s director, who pioneered the artifactless museum. Lerman charged ahead, and soon enough the artifacts began to arrive — the railroad car of the type used to transport Jews to Treblinka from Warsaw, the concentration camp barracks from Birkenau, the shoes from Majdanek, canisters that had stored Zyklon B, suitcases, combs, shaving kits and toothbrushes from Auschwitz. The magnitude of the artifacts soon won over even Lerman’s former detractors.

This was not the only time that Lerman went against the opinion of those around him. In 1986, he opposed Elie Wiesel’s idea to have the United States Holocaust Memorial Council resign to protest President Reagan’s visit to Bitburg — a decision that was personally difficult, because one did not oppose Wiesel’s moral authority easily.

Lerman remained on the council and increased his activity after the resignation of Wiesel in 1986, even ensuring that Wiesel’s values were preserved after his departure. The academic component of the museum — including its library and archives — was retained even when funds were scarce and budget cutters thought that it could be eliminated. Lerman also fought off efforts to universalize the message of the museum — keeping the essentially Jewish character of the institution. When he spoke of the museum, his eyes sparkled. He saw its creation in partisan terms, as a battle against incredible odds. His most endearing term of affection was to call someone “his comrade in arms.”

Eventually, Lerman did resign, in 2000, but he used the time to perform one more great act of duty to Holocaust memory — to lead the effort to build a memorial at the death camp Belzec, where 500,000 Jews were murdered in 1942.

When we first visited the camp in 1979, he was startled to discover that the place where his mother and sister and her family had been murdered was within sight of the Lerman family home. It was a garbage dump with a Soviet era monument and no mention of Jews. He took on the responsibility of raising the funds for the memorial, and when the Holocaust Memorial Museum could no longer sponsor the project after some controversy, Lerman brought it and his own determination to the American Jewish Committee, which completed the project.

The result is a memorial of great power and a museum that tells the story of what happened at Belzec. The other result is that more visitors come as pilgrims each month than have come in years; more visit each and every year than visited in the first half-century after the Shoah. None of this would have happened without the leadership of Miles Lerman.

Museum Creator Made Home for Artifacts