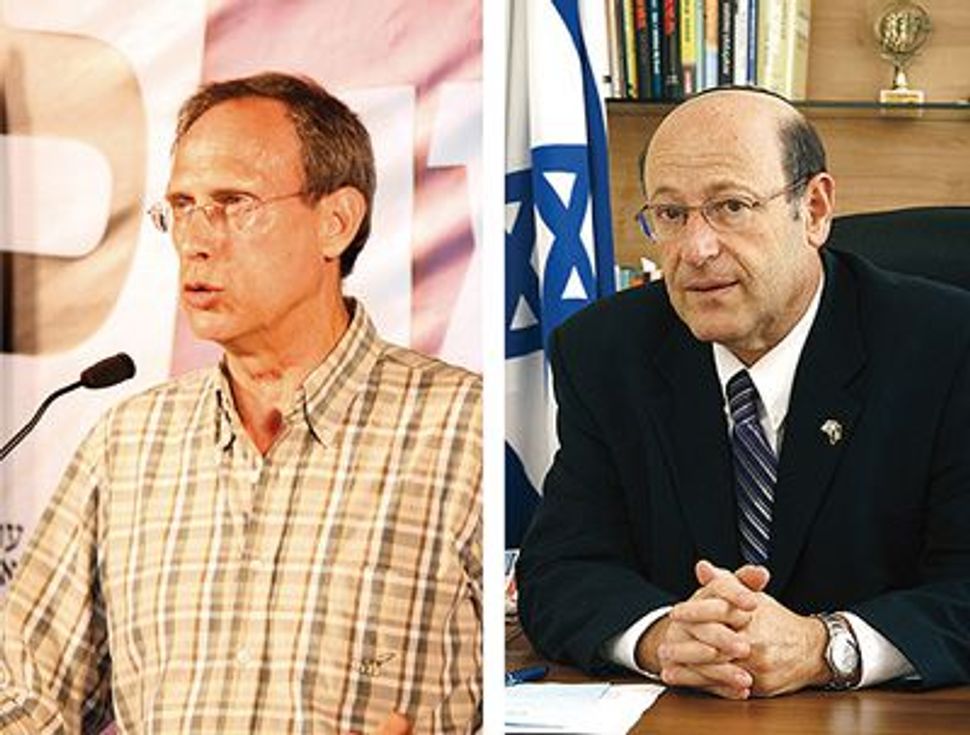 A recently aborted Knesset proposal to investigate whether the largest financial supporter of Israeli human rights groups is subversively anti-Israel is merely the opening salvo planned against the New Israel Fund in Israel’s parliament. 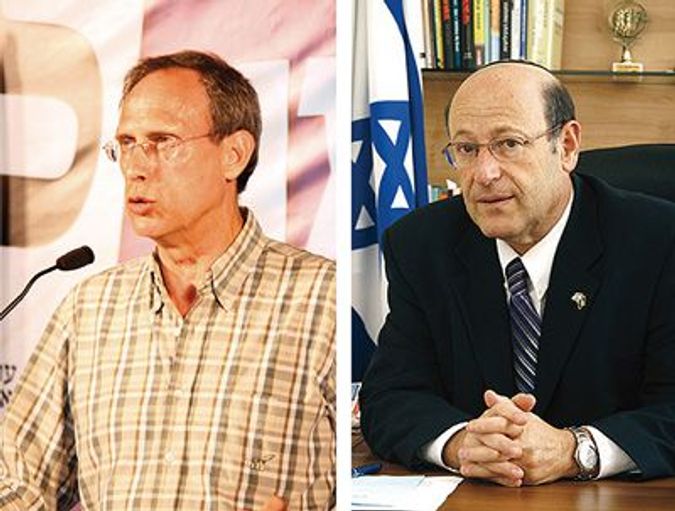 With support from several Knesset members, Im Tirtzu, the group that sparked the Knesset investigation move, wants to stop Israelis, who donated about $500,000 last year to NIF, from claiming tax deductions on donations to any NIF-funded groups that, in its opinion, “hurt Israel.” It also hopes to bring fresh interest to the idea of banning Israeli nongovernmental organizations from taking funds that come from foreign governments (in 2006, NIF received $716,316 from the European Union). And it still hopes to revive Knesset interest in launching a probe of the NIF.

Lawmakers, including Yisrael Hasson and Otniel Schneller of the centrist Kadima party, who sponsored the investigation proposal, are laying the ground to advance these measures in the Knesset. They can count on support from lawmakers to their right from within the Likud party, Yisrael Beiteinu, the Orthodox religious-Zionist party the Jewish Home and the far-right National Union.

In the opposition Kadima party — a faction on the moderate dovish side of Likud — some lawmakers went so far as to voice fears that the American-based NIF could be receiving funds from Israel’s sworn enemies. “If I were Al Qaeda, I wouldn’t think twice, I would give to them,” Riel Shamir-Balat, a spokesman for Hasson, told the Forward, summarizing his boss’s view.

It is difficult to predict whether these voices will have greater success than they did in their initial foray. One of the arguments their opponents used in blocking the proposal was that a probe of NIF would have taken Israeli investigators beyond Israeli jurisdiction, looking at the affairs of a foreign fund abroad. But the other proposals are domestic Israeli measures, potentially weakening any opposition.

Also contributing to the chances of progress for these measures is the fact that according to analysts, the NIF issue is an attractive one for popularity-hungry politicians. Benjamin Gidron, director of the Israeli Center for Third Sector Research at Ben-Gurion University, said that the political reaction against NIF was a case of politicians following public opinion, and not vice versa.

Im Tirtzu, it seems, was able to marshal this general hostility against human rights NGOs and focus it on NIF by linking the group, however tenuously, to the United Nations’ Goldstone Report — currently an object of virtually universal vituperation among Jewish Knesset members and much of the Jewish public.

The U.N. Commission on Human Rights’ investigative report, headed up by former South African Supreme Court justice Richard Goldstone, found that Israel and Hamas, the Palestinian group controlling Gaza, had committed war crimes during Israel’s 2008–2009 military campaign in Gaza and in the months of Hamas rocket attacks on Israel beforehand.

Im Tirtzu’s campaign centered on a report it released January 29 in which it claimed that 14% of the information critical of Israel in the U.N.’s Goldstone Report was based on material put out by NIF-funded organizations. But in the flurry of coverage the report garnered, several Israeli media outlets misreported the figure as 92% — a figure Im Tirtzu highlighted as its calculation of the percentage of critical quotes that came from NIF-funded bodies among Goldstone’s nongovernmental Israeli sources, a much smaller universe.

Im Tirtzu followed up with ads citing this figure to claim: “Fact! Without the New Israel Fund there could have been no Goldstone Report, and Israel would not be facing international accusations of war crimes.”

The group singled out 14 NIF-funded organizations in its report including Adalah, Breaking the Silence and B’Tselem.

The same day that Im Tirtzu released its report, Schneller tabled his Knesset motion to establish a special investigative parliamentary committee to look into NIF’s funding and activities.

In an interview with the Forward, Schneller argued that reports such as Goldstone’s compromise Israel’s security, so Israel should find ways to rein in NIF grantees that, by abetting such a body, operate “according to the law but against national security.”

Schneller’s move was a source of internal friction in Kadima. “When you start something like this, where does it end?” asked Nachman Shai, a fellow Kadima lawmaker and retired general, during an interview with the Forward.

Shai, who described himself as “very upset” by the “dishonest” Goldstone Report, went on to say that investigating NIF “could lead to the monitoring of the government of the content of [NIF recipients’] operations while the whole idea is that they are nongovernment organizations.”

And while some Likud lawmakers backed calls to investigate NIF, others shared Shai’s view. “For politicians to start investigating when there’s no hint of illegality is a very dangerous course,” the Likud’s Dan Meridor, one of four deputy prime ministers, told the Forward. Another Likud, lawmaker, Michael Eitan, minister of improvement of government services, stated in the Knesset that it was unacceptable for the chamber’s majority — in this case, the right — “to investigate the minority,” by which he meant the left. Likud Knesset member Benny Begin, son of the late prime minister Menachem Begin, also opposed the move.

On February 9, less than 24 hours before the motion to investigate NIF was due, Shai’s view won out in Kadima. On the request of party whips, Schneller withdrew his proposal. But he told the Forward he would attain his objective “in other ways.”

He and his allies will face much of the same opposition. “One day it will be the left, and the next day it will be the right,” Shai said in relation to the idea of stopping tax deductions. Regarding government cooperation, Meridor said that NIF and its grantees reflect “the very breadth of legitimate opinions in a free society, and I don’t think we should interfere with them.”