A Jewish Journal of Ideas Is Born 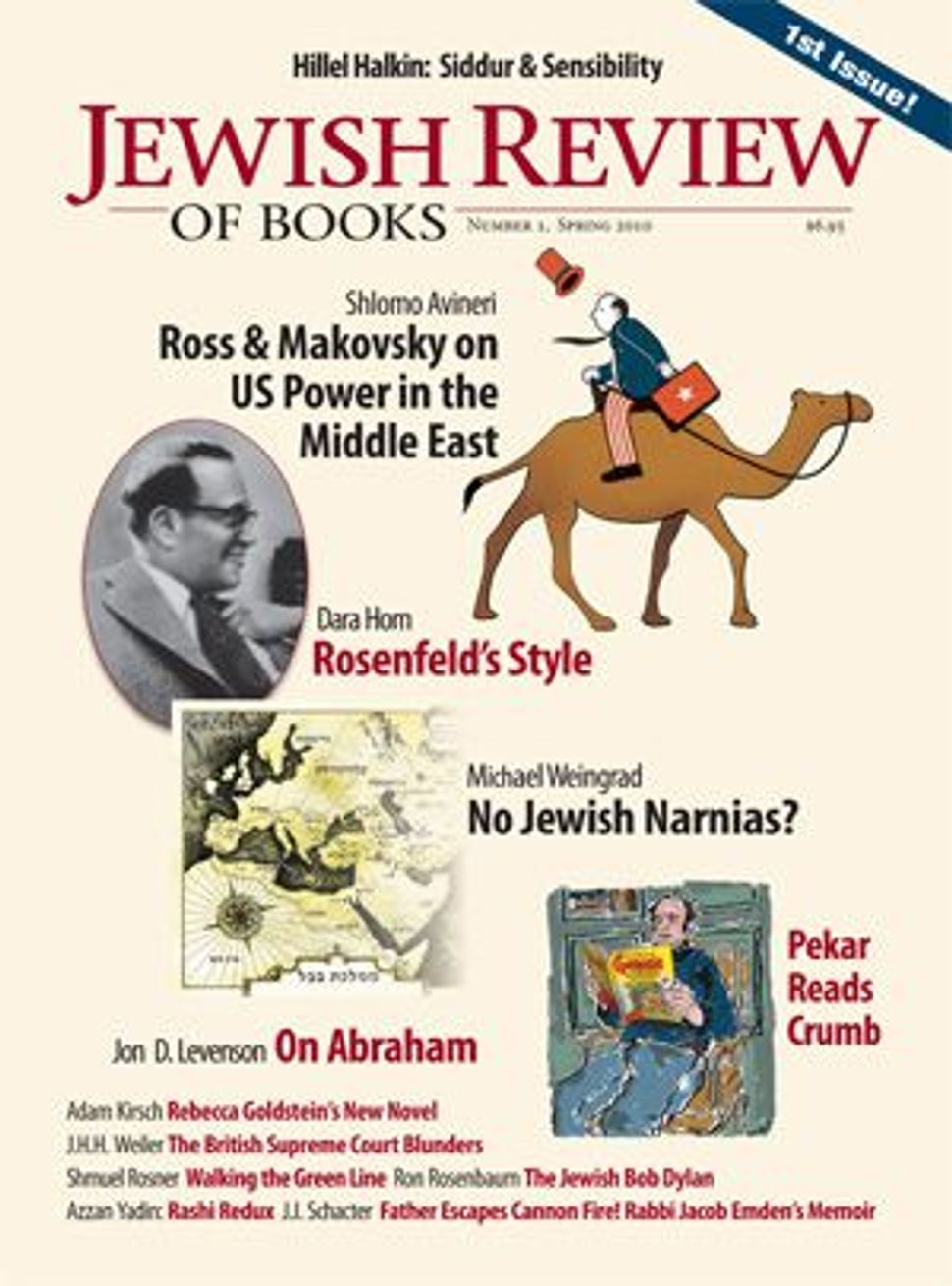 Reading Material: The first issue of the Jewish Review of Books will feature some heavyweights in the world of ideas.

Barring snowstorm-induced printing delays, during the week of February 15, mailboxes across the country will receive the launch issue of The Jewish Review of Books, a new print journal. 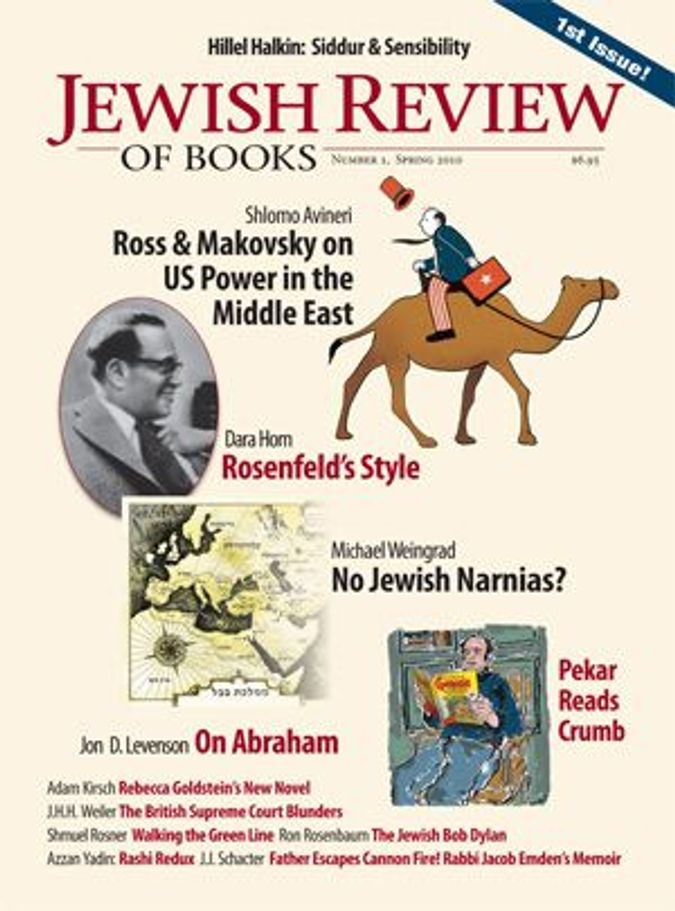 Reading Material: The first issue of the Jewish Review of Books will feature some heavyweights in the world of ideas.

A quarterly magazine devoted to Jewish literary and political affairs, the JRB boasts heavy hitters on its editorial board, such as Michael Walzer, Leon Wieseltier and Ruth Wisse. An oversized, stapled newsprint magazine like the New York Review of Books and The Times Literary Supplement, the JRB will open with an issue that features contributions from Ron Rosenbaum, Adam Kirsch and Harvey Pekar.

At a time when newspapers, magazines and journals are experiencing a crisis unprecedented in the history of print, launching a new publication devoted to Jewish issues is either a fool’s errand or a bold attempt to inject American Judaism with some old-fashioned middlebrow intellectualism.

Abraham Socher, the editor, is betting it’s the latter. He took a leave from his spot as chair of the Jewish studies program at Oberlin College’s department of religion to launch the JRB. He’s both optimistic about the future of journals of ideas and opinions and well aware of the pitfalls that await any print publication in the 21st century.

“Magazines of ideas, which are willing to address a subject at as much length as is called for, which are willing to let writers be writerly, can remain print publications,” Socher said. Those readers attracted to long-form writing prefer to read their lengthier articles in print and are willing to pay for the privilege, Socher believes. “The great threat to print may be a far greater threat to newspapers and news magazines than it is to literary journals, journals of opinions and policy journals,” he said. The print JRB will be complemented by a Web presence before the end of February.

The funding is coming from the Tikvah Fund, an endowment established by the late Zalman Bernstein, a well-known conservative philanthropist. The fund’s board is dominated by such neoconservative figures as William Kristol, Roger Hertog and Jay Lefkowitz. Given the source of the funding, one might expect the JRB to be slanted rightward, but Socher maintains that it “will range broadly from the center left to the center right.” The virgin issue features essays by Hebrew University of Jerusalem political scientist and Zionist political philosopher Shlomo Avineri, who served in Yitzhak Rabin’s government, and Hillel Halkin, a prominent Israel-based literary Hebrew translator and right-leaning Forward contributor. “I don’t believe in pigeonholing people, but I would say that in our first issue, you get an idea of the kind of range we have,” Socher said.

With Tablet, Commentary, Zeek, The New York Review of Books and the Forward filling newsstand and virtual racks, the JRB is joining a crowded field. But Socher makes it clear that his magazine intends to fill a niche. “The Jewish Review of Books is really Jewish,” he said. “It’s unabashedly interested in Jewish things. Unlike The New York Review of Books, we don’t take on the whole intellectual universe.” And yet, unlike, say, Tablet, the JRB will be long form and highbrow. As if the name didn’t give away anything, there will be nothing sexy about The Jewish Review of Books. “We’re the magazine for those that when they turn to the NYRB or perhaps the back pages of TNR, [The New Republic] those wonderful pages edited by Leon Wieseltier, they’re especially excited when a Jewish book or issue is reviewed or discussed, and turn first to that. We’re the magazine for that reader,” Socher said.

Print publications are expensive, and as readers flock to the Internet and the economic crisis continues, paper magazines and journals are expiring at an unparalleled rate. Socher is under no illusions about the money-making potential of his enterprise, but he thinks he has enough support to survive: “The commitment from Tikvah is robust — it’s for five years. But nobody makes a profit in the world of magazines, least of all with magazines of ideas. And least of all in this economic climate. I believe the Tikvah Fund understands that.”

At $6.95 per issue ($15.95 for an annual subscription), the JRB is no cheapie. But ultimately, the worth of a publication is measured in the willingness of its readers to pony up the cash to get it, in Socher’s estimation. “We do want to provide a magazine that fills a need, and is good enough that people want it, and are willing to pay for it,” he said. “So we’re mindful of the market, but we’re not fooling ourselves into thinking we can turn a profit where almost no comparable publication is.”

A Jewish Journal of Ideas Is Born