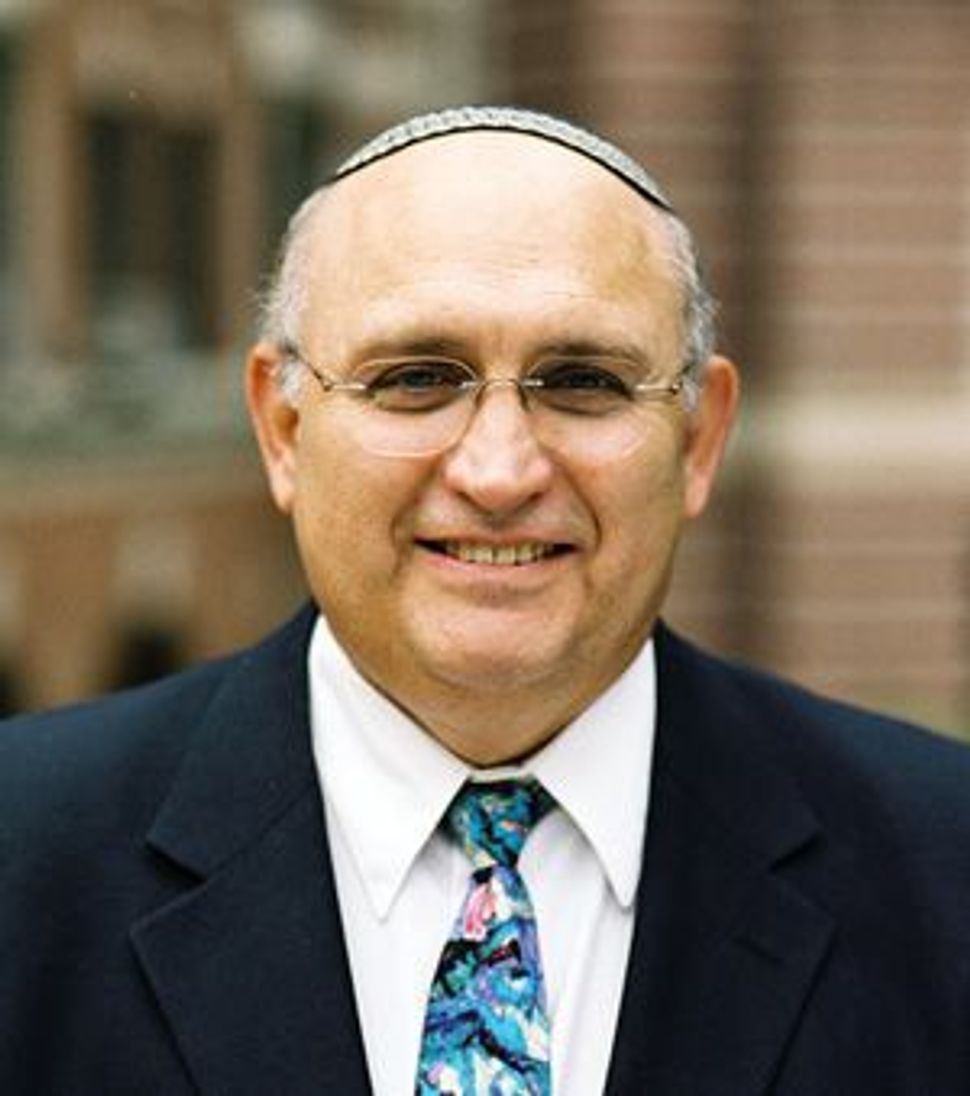 The Jewish Theological Seminary is eliminating the position of dean of its cantorial school as part of a major reorganization and consolidation at Conservative Judaism’s flagship seminary. Chancellor Arnold Eisen said that the restructuring would take place in lieu of closing the cantorial school — the course of action recommended by an outside consultant. 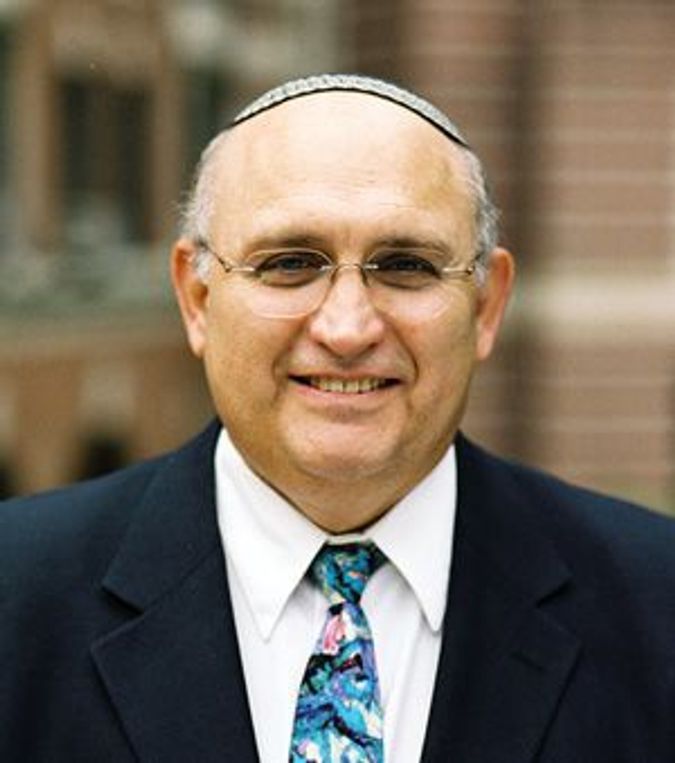 Eisen’s announced the reorganization in a February 5 e-mail. That e-mail — sent on a Friday, when the cash-strapped school has been closing its doors in an effort to save money — “was a bombshell,” said a faculty member, speaking on the condition of anonymity. And it has caused an uproar among seminary students, faculty and staff.

A fifth-year cantorial student, Mike Weis, said that Eisen’s e-mail “caught the entire community off guard.” And Yakov Hadash, a cantorial student also in his last year of study who is president of the Cantorial School Student Organization, called the impersonal e-mail “the kind of thing you’d expect from a giant, faceless corporation.”

Eisen said that he does not regret sending the e-mail when he did. “When you inform a person about a reorganization that affects his future, word will get out very, very quickly,” he said.

The seminary’s cantorial dean for the past 12 years is Henry Rosenblum, a much beloved mentor, who is in the process of working out a separation agreement with JTS. He said he is unable to speak with the press.

Rabbi Danny Nevins, dean of JTS’s rabbinical school, will now supervise JTS’s H.L. Miller Cantorial School, which has about 35 students in its five-year program. The cantorial school will undergo “a thorough strategic review in the coming months,” Eisen wrote in the e-mail.

As soon as the e-mail was sent, rumors that JTS was planning to shut down the cantorial school or merge with that of the Reform movement’s Hebrew Union College-Jewish Institute of Religion began to make the rounds. This year, JTS began holding some joint classes with HUC-JIR for students spending their first year of study in Jerusalem.

The CSSO convened two emergency meetings on February 7 and, in response to the upset, JTS’s provost, Alan Cooper, took the unusual step of sending a letter on that same day to the cantorial faculty, reassuring them of its commitment to the school. “Despite the rumors that have been circulating we are not doing away with our cantorial program,” he wrote. “Far from being fearful or pessimistic about the future of the cantorate, we are more excited than ever about its prospects.”

Cooper also wrote that Nevins “will not be running the cantorial program,” but rather supervising it as part of a newly created “religious leadership unit,” and that the cantorial program will have its own director. Responding to the merger rumors, he wrote: “There is no plan to merge the JTS and HUC cantorial schools. We do hope to continue and improve on our collaboration in some areas both in Israel and New York.”

In an interview with the Forward, Eisen said that while he expects some modest cost savings by replacing the cantorial school dean with a lower-level director, “that is not the objective here.”

“We want JTS to best serve the needs of the Jewish community in the 21st century, and for that we need to train rabbis and cantors differently, very differently than we have,” he said. “We can better accomplish it with a unified structure than with one we’ve had in the past.”

After about 18 months of study and planning, “this reorganization was the first visible change at JTS,” he said. In a month or two, another “whole series of changes” will be announced, though he said that he doesn’t expect any of them to involve layoffs. “This is not like last year, when we sacrificed 20% of our budget and many positions were lost,” he said.

Press accounts last spring reported a budget gap of $5.5 million, but Eisen said that the final shortfall was $3.8 million. Of that deficit, $800,000 was made up through budget cutting at JTS, and the rest was raised through “other sources,” but Eisen declined to elaborate.

On February 8, Eisen and Cooper met with about 100 students, faculty and alumni — a meeting at which “passions ran high,” according to Cooper.

In a prepared statement, a representative of the CSSO who did not want to be identified noted that in Eisen’s two years as chancellor, he has had little contact with the cantorial school.

Until Rosenblum came on board as dean, JTS’s cantorial school was overshadowed by HUC’s, a seminary source said. “When Henry came in, the school started to attract a better, higher-rated type of student who would previously only have gone to HUC. So I hope it doesn’t decline now.”

The job of cantor has changed dramatically in the past 20 years, those in the field say, and therefore cantorial candidates’ training needs to change as a result. “Emphasis in the past was on cantor as pulpit artist and his vocal skills,” said Cantor Stephen Stein, executive vice president of the Cantors Assembly, which has 525 members.

“Now the cantor is an educator and community leader, doing many of the same things the rabbi does,” including teaching children and adults and visiting the sick, he said. “Every profession undergoes changes, and ours is no different. It doesn’t make any sense to train cantors as perhaps they’ve been trained for 25 or more years.”

Eisen told the Forward, “It shocked me when I became chancellor that cantorial and rabbinical students rarely studied together. Cantors need to get a lot more of the education rabbis are getting — pastoral, educational skills and Judaica training. Now there will be greater integration of the two programs. The students have been clamoring for this, actually.”

At the same time, everyone connected with the cantorial school who spoke with the Forward said that students there need to be supervised and led by someone in their own field.

“There’s just no way someone who’s not a cantor can have any idea of how to impart those skills and guide people in learning them,” one cantorial school student said.

“These are artists, and it takes one to know one,” another source said.