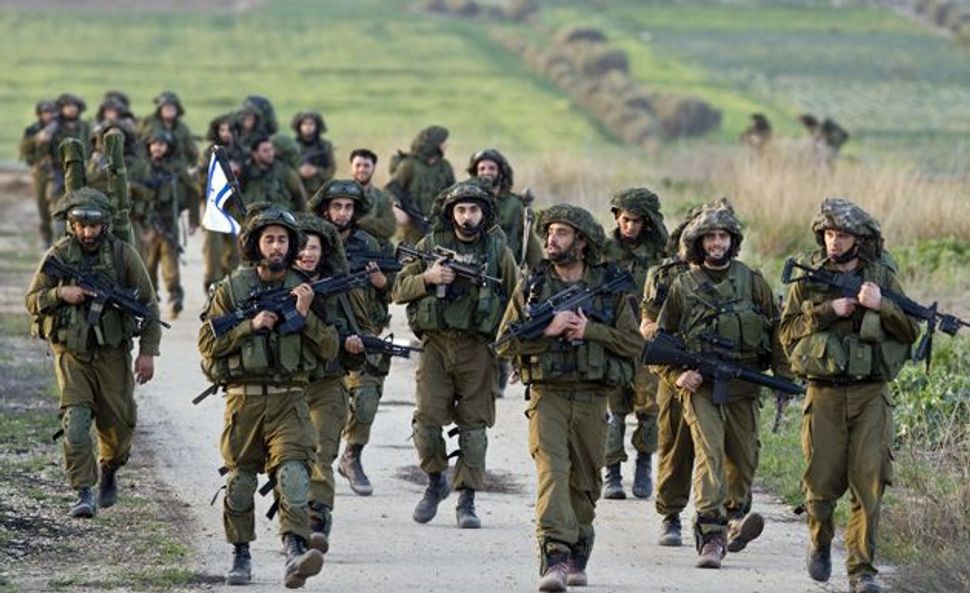 As human rights organizations continue to be vilified by an Israeli government still smarting from the effects of the Goldstone Report, the Forward has learned that the Israeli military has been in conversation and even actively working with Human Rights Watch, the international organization that has been often — and loudly — denounced by the Jewish world.

According to both HRW and officials from the Israel Defense Forces, the Israeli military re-established a relationship with the organization early last October to help find Palestinian witnesses for its internal military investigation. This was a dramatic turnaround from what had been a complete freezing out of human rights organizations since the start of Operation Cast Lead, the incursion into Gaza in the winter of 2008–2009.

Israel’s January 29 report to the United Nations revealed that the military cooperated with an Israeli human rights group, B’Tselem, for the same purpose. The report stated that the army had interviewed more than 100 Palestinian witnesses as part of its ongoing Cast Lead-related investigations. But HRW was not named in the report. The Forward has also confirmed that other human rights groups, including Adalah and Al Mezan Center for Human Rights, based in Gaza, have been cooperating with the IDF.

The re-establishment of a relationship with HRW is the latest indication that for all its public defensiveness about the accusations of war crimes and possible crimes against humanity in the Goldstone Report, Israel has had to confront the report’s implications.

Even those observers who have been critically following Israel’s reaction to Goldstone felt that the January 29 report to the U.N. was a much more serious effort to deal on legal grounds with the accusations leveled by Goldstone, and to show that Israel was engaged in a thorough investigation of its own behavior. The Israeli response, 46 pages titled “Gaza Operations Investigations: An Update,” was posted on a government Web site.

In addition to the new tone in the report, and the revelation of HRW’s help, highly ranked officers from the IDF’s Military Advocate General’s Office also met on February 4 in Tel Aviv with representatives of HRW to discuss the state of the IDF’s internal investigation. It was the first time in a year that the group had been invited to meet with government officials.

“I am very happy that we are able to cooperate and that they are able to reach out to us,” said Bill Van Esveld, a Jerusalem-based HRW researcher who facilitated the cooperation with the IDF and was at the February 4 meeting. “I know it sounds a little weird, given the public profile of Human Rights Watch, especially on Israel work, but we actually really want the IDF to see us as credible and not just as out to get them.”

The decision to ask HRW for help is particularly revealing. The witnesses that were sought were among those quoted in the group’s August 2009 report, “White Flag Deaths,” which cataloged seven incidents in which a total of 11 Palestinian civilians — among them, women and children — were killed, allegedly while waving “white flags” indicating surrender.

When the report was first published, Israel responded harshly. Mark Regev, the IDF spokesman, questioned “the credibility, the objectivity and the professionalism” of HRW and said that this report was not valid, because it was based on “unreliable witness reports.”

The Foreign Ministry had issued a paper at the end of July 2009 that was widely seen as a pre-emptive strike before the release of the Goldstone Report, with which Israel did not cooperate. In it, reference was made to five cases in which civilians waving white flags had been shot. Two of these were the same incidents described in the HRW report. No criminal investigations were launched at the time.

According to HRW officials, they were contacted by the IDF on October 7, 2009, first through their Jerusalem office and then by fax at the New York headquarters. The investigators wanted help locating witnesses in three of the “white flag” incidents. The HRW field coordinator in Gaza then contacted these Palestinians directly and asked if they would cooperate with the Israelis. Out of 12 witnesses, 10 agreed, and they met military investigators at the Erez crossing between Gaza and Israel.

Van Esveld said the IDF was able to draw on his group’s contacts in Gaza. The military also made use of the detailed material HRW had gathered, including GPS coordinates indicating the location of the incidents. Criminal investigations follow two tracks. In one, Palestinian victims or witnesses are contacted for their version of the story. In another, the IDF tries to determine which soldiers were involved. The GPS coordinates were critical, an investigator told Van Esveld, in mapping out the incidents and helping commanders distinguish which of their soldiers were present.

HRW officials were informed at the February 4 meeting with the IDF lawyers that all seven of the “white flag” incidents mentioned in the HRW report had been turned into criminal investigations. They were among the 19 incidents involving shootings of civilians during Operation Cast Lead that the IDF announced in its report had been turned into criminal cases.

The meeting involved high-level officers from the Military Advocate General’s Office, including two with the rank of major. One of them was Dorit Tuval, head of the strategic section of the IDF’s International Law Department.

Though the IDF did not confirm that the criminal investigations were a direct result of HRW reporting, a spokesman, Captain Barak Raz, issued a statement touting the army’s cooperation with human rights organizations, writing that “a significant part of the claims, which the IDF is checking regarding Cast Lead is based on the individual inquires submitted by various organizations and the reports published since the end of the operation.”

The cooperation seems to be continuing. When the Forward reached Van Esveld, he said he had just received a call from the IDF, asking if it could see a copy of a death certificate in one of the “white flag” cases that Van Esveld had obtained.

“The people whose job it is to find facts are operating under one set of rules and imperatives. And politicians who are saying things to the Israeli public seem to be operating under very different drivers,” Van Esveld said. “With the people in the military police criminal investigation division that we’ve met with and talked with over the phone, it’s been professional and the tone has been good. With others, it’s been worse.”

The news that any part of the Israeli government or army is cooperating with HRW, an organization that is increasingly painted as an enemy of Israel, was shocking to those most invested in that portrayal.

“Frankly, I’m surprised that IDF has turned to these organizations, which are widely viewed as unreliable, and gave them legitimacy through this process,” said Gerald Steinberg, head of NGO Monitor, an organization that has taken frequent aim at human rights groups. “I expect this will not happen again. And I suspect it was a serious error.”