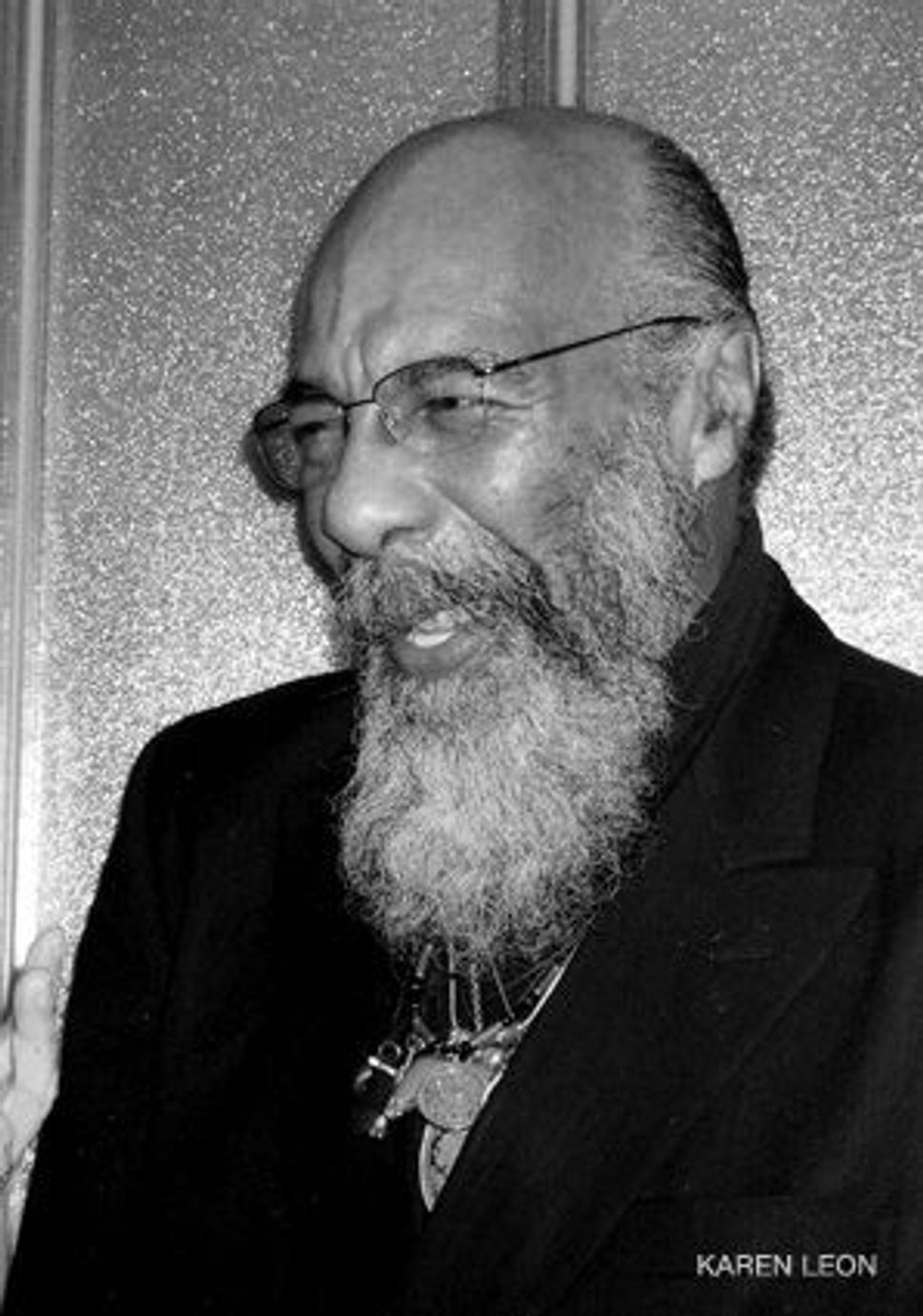 A NEW ARCHITECTURAL FACE FOR THE KAUFMAN CENTER 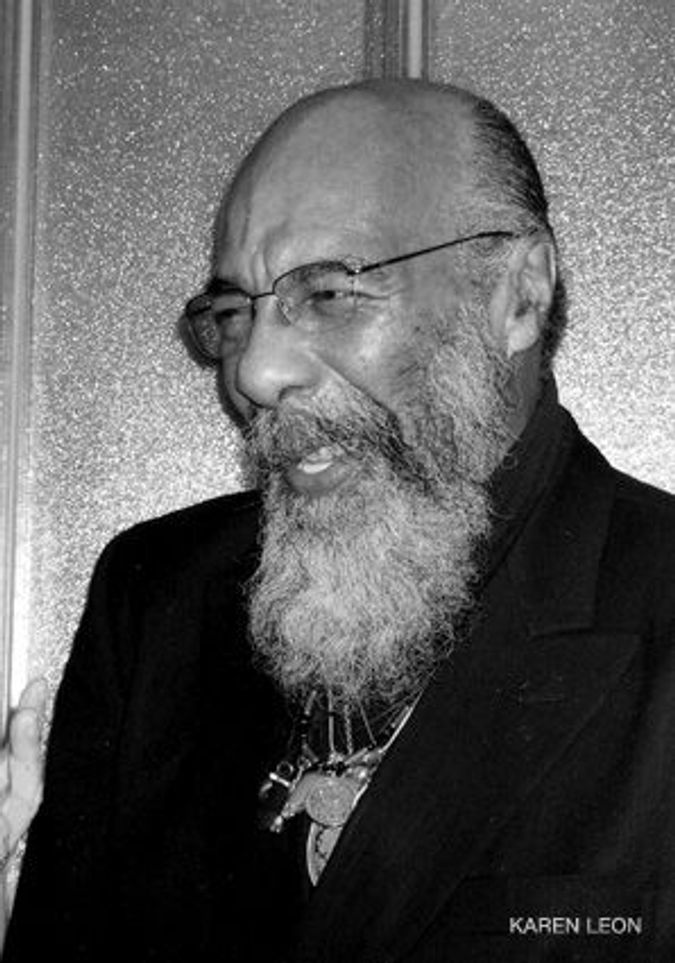 The details of the eight-month, $17 million renovation of the Kaufman Center — located on Manhattan’s Upper West Side, and home to the Merkin Concert Hall — by the New York firm Robert A.M. Stern Architects are daunting. What I can say of its January 8 mazel tov “Setting the Stage” opening night gala is that there was ample room for the more than 400 guests to mingle, nibble, sip and kvell in comfort.

Among the guests were members of the Kaufman, Merkin and Goodman families, as well as folk singer, author and actor Richie Havens, who sported a patriarchal beard, a silver or turquoise ring on each finger of both hands and a few dozen necklace chains, from which dangled multicultural talismans. “You aren’t taking any chances,” I joshed. A “why not?” smile was his reply. Havens, who opened the 1969 Woodstock festival, also shared the stage at Avery Fisher Hall with Israel’s first lady of song, Naomi Shemer, at the Zamir Chorale’s February 1996 Jerusalem 3000 event, led by Matthew Lazar.

The evening began with “Dawn Patrol” by Margaret Lowe, a haunting flute surround-sound performance by five members of the Lucy Moses School Flute Faculty. Aaron Copland’s “Music for the Theatre” (1925) was performed by the Friends of Kaufman Center Orchestra, conducted by Aaron Jay Kernis, and this was followed by Kernis’s 1991 “Simple Songs,” which was brilliantly interpreted by soprano Esther Heideman. The evening’s feel good hit may well have been Face the Music, an ensemble of two dozen members of Special Music School P.S. 859 — a New York City public school for 135 gifted children — that performed Ira Moskowitz’s “Kol Aharon” (“Aaron’s Voice”). Directed by Jennry Undercofler, “Kol Aharon” was commissioned by the Special Music School for this gala evening, and, along with trumpet, cello, bass, flute, horn and viola, included an intriguing digital soundtrack. As for the young virtuosos’ concert garb? They all wore T-shirts in yellow, aqua, blue, red and lilac! Adding to the ensemble’s charm and skill, two pint-sized piano artists — Brian Ge and Farrah Dupoux — managed to play the piano with verve while peering over the baby grands’ music stand to make eye contact with the conductor. Priceless.

Founded in 1952 by Tzipora Jochsberger as the Hebrew Arts School, the Kaufman Center was first established as a Sunday children’s program of music and dance, with a focus on Jewish culture. In 1978, after occupying a variety of shared and rented spaces, the Hebrew Arts School moved into its own building, the Goodman House, at 129 West 67th Street. The space was named after Russian émigré Abraham Goodman, founder of Goody Products, Inc. Goodman pledged the funds needed to construct the building. In 1991, thanks to major gifts, the institution’s name was changed to the Elaine Kaufman Cultural Center and the original Hebrew Arts School became the Lucy Moses School for Music and Dance.

A PERFORMANCE OF ‘ELIJAH’ THAT QUEEN VICTORIA WOULD HAVE APPLAUDED

I recently witnessed an extraordinary performance of Felix Mendelssohn’s magnificent oratorio “Elijah” at Carnegie Hall by the Collegiate Chorale, directed by Robert Bass and starring the amazing Welsh bass Bryn Terfel as Elijah. This was not the Elijah of Eliyohu Hanovi sung at Workmen’s Circle/Arbeter Ring Seders, nor the meteorically speedy door-to-door visiting Elijah for whom cups of wine have been set on Passover tables worldwide over the ages. Mendelssohn’s Elijah battles Baal, is designated a prophet by the angels and presages the coming of the messiah. I asked Zamir Chorale Foundation founder and director Matthew Lazar if he could offer some unique facts about Mendelssohn and “Elijah.” For starters, he told me, “Mendelssohn met with Queen Victoria and Prince Albert who were great fans of his music.” Among the material he later sent me was a copy of “Gentle Genius: The Story of Felix Mendelssohn” by George R. Marek (originally published in 1972 by Funk & Wagnalls). In the chapter titled “Queen Victoria, Jenny Lind and Elijah,” Marek tells us that, following Exeter Hall’s April 23, 1847, performance of “Elijah” (which Prince Albert and Queen Victoria attended), Albert wrote the following dedication in Mendelssohn’s libretto: “To the Noble Artist who, surrounded by the Baal-worship of debased art, has been able, by his genius and science, to preserve faithfully, like another Elijah, the worship of true art… [and] the pure tones of sympathetic feeling and legitimate harmony.… Inscribed in grateful remembrance by Albert.”

Lazar also told me that he led the Zamir Chorale at the December 10, 2007, menorah lighting, which was held at the White House and hosted by President Bush.In addition to first lady Laura Bush, the attendees included Homeland Secretary Michael **Chertoff as well as Ruth and Judea Pearl, parents of Daniel Pearl. “They lit a menorah which once belonged to Chayim Pearl, the great-grandfather of Wall Street Journal reporter Daniel Pearl,” Lazar said. In his address, the president noted that “[In 2002]… while reporting in Pakistan, he was kidnapped and murdered by terrorists. His only crime was being a Jewish American.” After recapping the Hanukkah saga, Bush added: “The Talmud instructs families to place the menorah in public view — so the entire world can see its light.… As we light the Hanukkah candles this year, we pray for those who still live under the shadow of tyranny.… In his final moments, Daniel told his captors about a street in Israel named for his great-grandfather. He looked into their camera, and he said, ‘My father is Jewish, my mother is Jewish and I’m Jewish.’ These words have become a source of inspiration for Americans of all faiths.” Following the menorah lighting, the ceremony concluded with a performance by the Zamir Chorale, featuring soloist Alberto Mizrahi, cantor of Chicago’s historic Anshe Emet Synagogue.