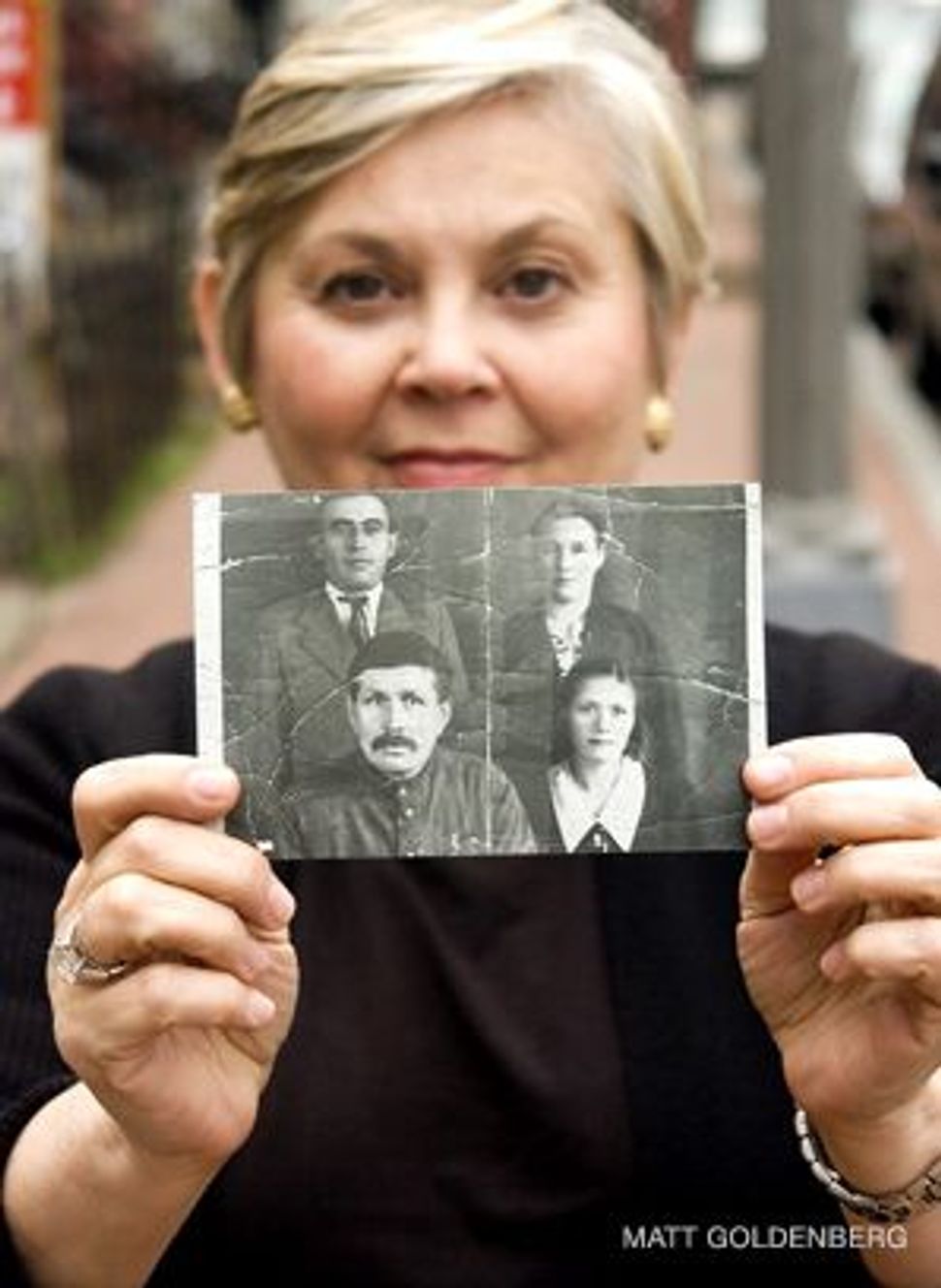 In 2002, an unknown young writer named Jonathan Safran Foer published his first novel, “Everything Is Illuminated.” The book, a fictionalized account of a young man’s search for his grandfather’s Ukrainian shtetl, was released to wild critical acclaim, propelling the title to the top of best-seller lists and its author to instant literary fame. 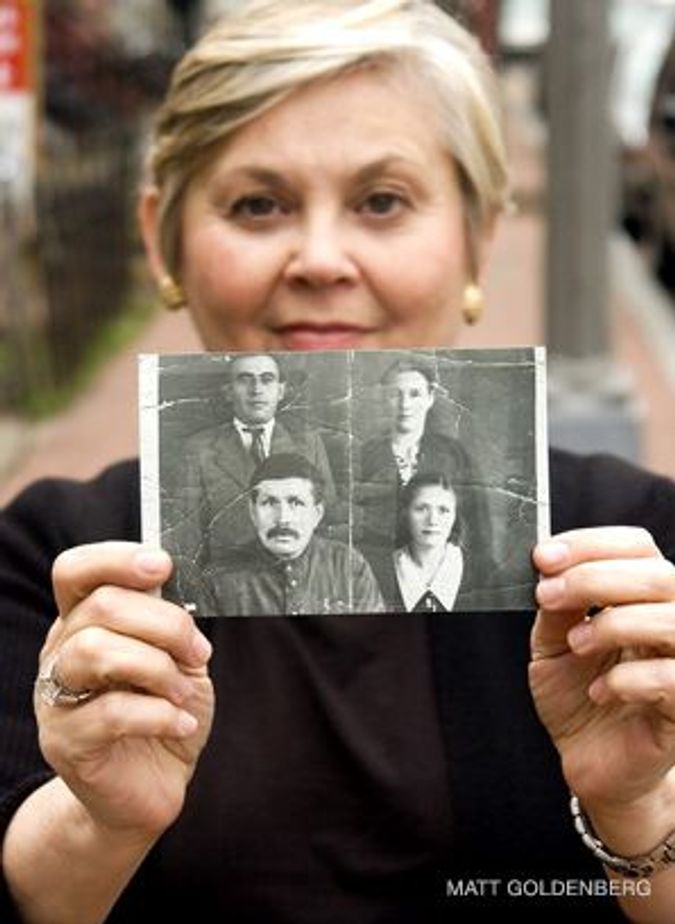 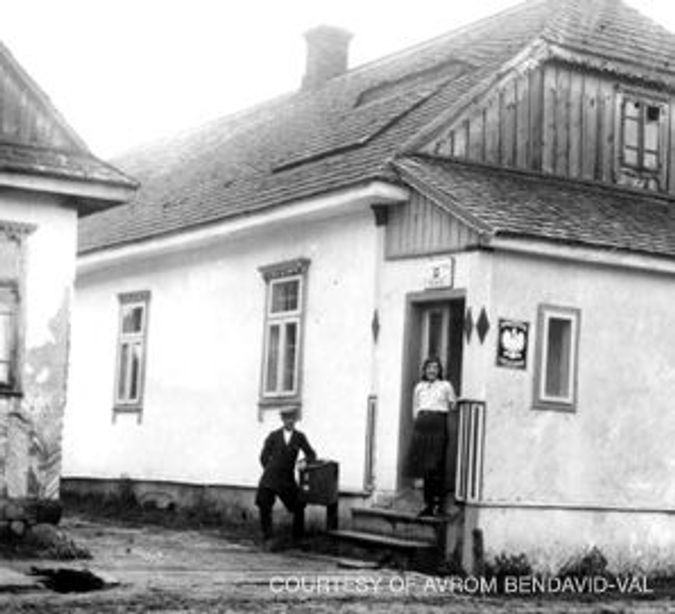 Lost?: The Ukrainian shtetl of Trochenbrod had essentially vanished, but Jonathan Safran Foer's 'Everything Is Illuminated' put it back on the map.

Less visibly, the book also became a touchstone for readers who identified with the anguish of attempting to track down lost roots — and none more so than those with origins in Trochenbrod, the town from which Foer’s maternal grandfather hailed and the inspiration for the book’s setting, a fictional shtetl called Trachimbrod.

Now, this spring, a few dozen descendants of people from Trochenbrod, which was located in the northwest of what is now Ukraine, plan to meet in Washington for an unusual reunion: one at which many of the people attending have never met, although their grandparents may have been neighbors. “It wasn’t the intention of my book” to create a community of Trochenbrod descendants, Foer said in an interview with the Forward. “The Trachimbrod I was writing about was entirely fictional. But at the same time, knowing that there’s something real it refers to, I find very powerful. It seems that one can’t help but feel a connection to where one’s family comes from.”

Because Trochenbrod had no gentile quarter, it was completely destroyed by the Nazis in 1942. What remained of the town’s physical infrastructure was mined by the residents of neighboring villages.

“We just want to have it so that we don’t forget,” said Marilyn Weiner Bernhardt, a Maryland resident who is helping to organize the reunion. “The town is leveled. There’s nothing.” Bernhardt first came into contact with Trochenbrod descendants outside of her immediate family after reading an article in the Baltimore Jewish Times about the film adaptation of “Everything Is Illuminated,” which came out in 2005.

“It was just amazing to hear that word not out of my mouth or one of my relatives’ mouths,” Bernhardt said of the town’s name.

Trochenbrod was founded in the early 1800s as a kind of homesteaders’ town when Tzar Alexander I expelled the Jews from rural areas in Russia but made an exception for those willing to settle unused land. The swampy area that came to be known as Trochenbrod remained entirely Jewish throughout its existence.

One of the few Trochenbrod residents who survived the war was Foer’s grandfather, Louis Safran. He was away from the town on a work detail in 1942, when the Nazis destroyed the town and murdered its inhabitants. On his way back, someone gave him a warning not to return — as well as the news that his wife and daughter had been killed.

Safran’s daughter by a second wife was Esther Foer, Jonathan Safran Foer’s mother. She spent her first three years in displaced persons camps in Germany. She and her parents then moved to the Washington area, where other Trochenbrod refugees had already set up camp. Safran died shortly thereafter.

“When Jonathan wrote the book, it was kind of a gift for me,” said Esther whose other children are Franklin Foer, editor of The New Republic, and Joshua Foer, a science journalist. “It gave me some of Trachenbrod, some of the shtetl, some of my family.”

The real history of Trochenbrod, though, has largely been lost. A group called Beit T’l, named for Trochenbrod and its neighboring village, Lozisht, has been meeting in Israel since the 1930s, and several families with roots in Trochenbrod live around Washington or Baltimore. But until recently they, like most Eastern European Jews, had not been in contact with people who share their local origins.

When Jonathan Safran Foer started his book tour for “Everything Is Illuminated,” that began to change.

“People were just coming out the woodwork, saying, ‘My family was from Trochenbrod,’” Esther said. “We went to a festival in a tiny town in Brazil, and after he spoke, two people gave him their cards. One turned out to be a distant cousin.”

A few others have met Trochenbrod folk in the course of their own research. One of them is Freya Maslov, a Chicago resident whose father left the shtetl in 1920. His childhood home was the only brick house in town. In the 1980s, Maslov found a man named Nathan Elbaum through a Jewish genealogy project. He told her that his family survived the war because they lived in a brick house that the Nazis converted into army barracks. These days, Maslov, who is active in Jewish genealogy circles, plans to start a Web site devoted to Trochenbrod.

Maslov, who works at her local police department, says that she “did not care for” Foer’s novel.

“I still have it, but I haven’t finished it,” she said. “I have to hear that kind of language all day long. Everything’s ‘effing this’ and ‘effing that.’” Still, there was one part of Foer’s story that she liked: “The movie was quite good.”