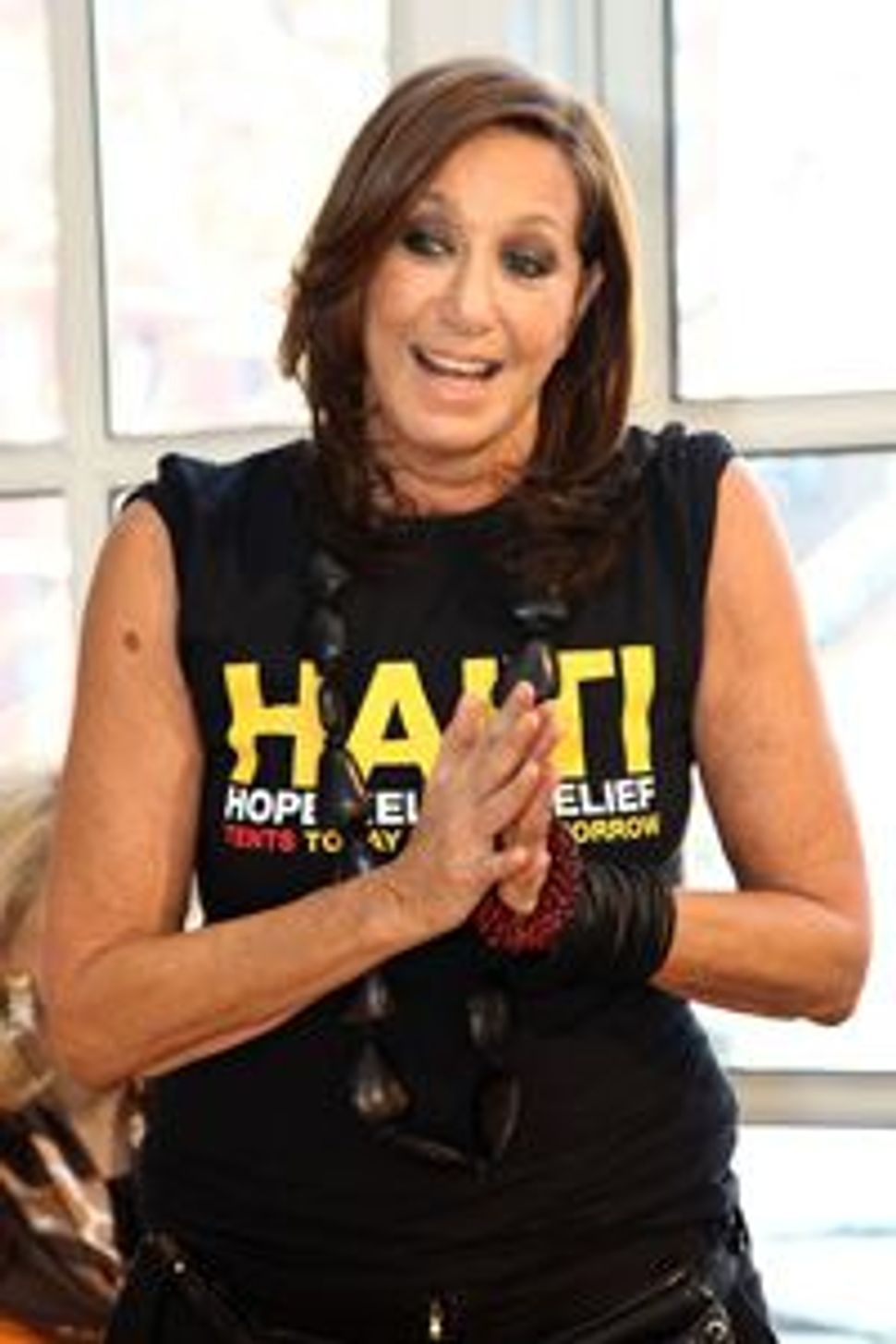 L’chaim! to an American-Israeli Yiddish shidekh, or match! At the February 2 “Bridging Israel and American Jewry” reception celebrating the Yiddish Studies Partnership between Ben-Gurion University of the Negev & New York’s Jewish Theological Seminary, David Roskies, the newly appointed director of the New Center for Yiddish Studies at BGU, remembered his lerers, or teachers, at his Montreal Folkshul school, “who taught me — like the Beatles would say — to believe in yesterday.” Addressing more than 50 guests at JTS, he offered an overview of the “shtetl’s social service network, from cradle to grave.” Where “everyone spoke Yiddish, including the Shabbos goy and the village policeman.” Roskies noted, “Reading about the shtetl in Yiddish and later in Hebrew sensitized us Canadian-born children to poverty social and gender inequality, political instability and ethnic hatred.” Reflecting on the culture shock he encountered in 1975 when he joined the faculty at JTS (where he is the Sol and Evelyn Henkind Chair in Yiddish Literature and Culture), Roskies said: “JTS was the place that believed… in the Jewish present…. Now I’m off to the last frontier — the Negev — charged with the mission to believe in the future! To be prepared to teach Yiddish literature to Bedouin students… bring Yiddish back to the aliyah from Russia and Ukraine, where most of Yiddish literature was incubated… find new ways of translating Yiddish into Hebrew… possibly partnering Yiddish with Ladino.”

Roskies posited if this is the future “when humanities in Israel are imploding. When retiring faculty are not being replaced; when in the name of restructuring, whole departments are closing down — including the venerable department of Yiddish at Hebrew University. No sooner did he post than he had the answer: “Yes, this is the time. Because there is a profound spiritual search going on in Israel, affecting all sectors of society. Secular minyanim are being formed. Native Israelis are hyphenating their family names in order to re-establish a link to their severed past…. Dan Miron’s new translation of “Tevye” just made the best-seller list…. If there ever was a future for Yiddish studies in Israel, the future is now.”

The evening’s participants included Doron Krakow, executive vice president of American Associates at Ben-Gurion University of the Negev, which co-sponsored the event with the Jewish Theological Seminary; Joel Roth, the Louis Finkelstein Professor of Talmud and Jewish Law at JTS, and Adrienne Cooper, an interpreter and recording artist of Yiddish songs who was accompanied by Jeff Warschauer on guitar. Cooper is the director of the Workmen’s Circle/Arbeter Ring’s New York City Center for Cultural Jewish Life.

Giving the National Jewish Outreach Program’s February 2 dinner at the New York Hilton a jump-start, Sam Domb — a Holocaust survivor, hotel owner and longtime NJOP benefactor — declared: “I don’t intend to speak. I just brought a $100,000 check,” which he handed to NJOP founder and director Rabbi Ephraim Buchwald, then walked off the stage! Among NJOP’s many successful campaigns to promote the Sabbath, Buchwald cited “Shabbat Across America/Canada,” “The Great American Smokeout: Give Your Lungs a Religious Experience…This Shabbat, Light Candles Not Cigarettes,” and the conversion of Lisa Scharf (nee Lisa Cabrera, a TV reporter for NBC, CBS and UPN, and a Fox News anchor). She and her husband, real estate innovator Joseph Scharf, were the evening’s honorees.

It was noted that the Scharfs’ wedding in Jerusalem was front-page news in Israel. (Lisa Scharf credited NJOP’s Hebrew Reading Alphabet Charts as an invaluable aid in learning Hebrew.) The dinner also honored Chaya Saity and her late husband, David Saity, as “devoted supporters of Israel and the Jewish community. The Saitys owned the Native American jewelry boutiques on Park Avenue and in the Trump Tower.

Buchwald lamented: “There was a time when most American Jews, young and old, had seen candles lit in their homes, were familiar with [a local] kosher butcher or kosher delicatessen, even if their families didn’t observe kashrut at home… went to Hebrew school and, though for many it was a negative experience, it was still a Jewish experience. Today we are facing a generation of Jews who are three, four and five generations removed from tradition. They may know that pork is forbidden in Jewish tradition, but [they] don’t know beans about Judaism…. More than 300,000 North American Jews have learned to read Hebrew,” declared Buchwald, who touted NJOP’s most recent innovative programming: “Jewish Treats,” which is a daily e-mail and blog; “Jewish Tweets,” NJOP’s Twitter presence, and Twebrew School, online courses.. 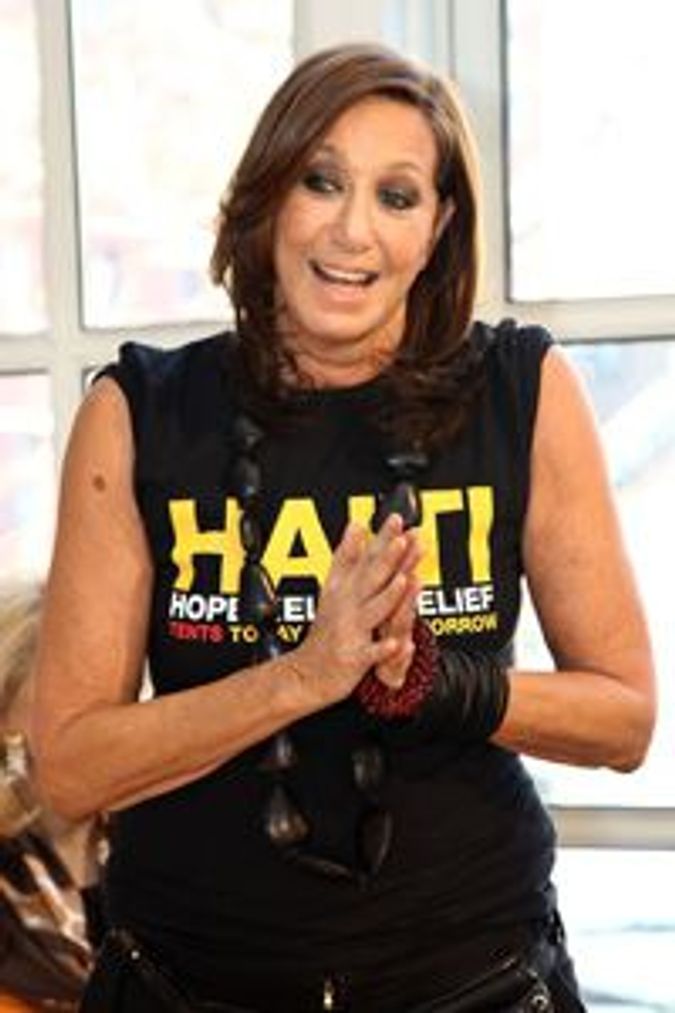 He touted Avi Abergel, a lieutenant colonel who “delivered a baby in Israel’s field hospital in Haiti on January 19, and U.S. Army captain Mark Poirier, a medical officer with the 82nd Airborne Division, for checking a baby brought to the squadron’s operating base in Port-au-Prince.” Kaufthal asked for “a minute of silence for Haiti’s terrible losses.” The 220 guests included 100-year-old Blanche Shapiro (who, with her 100-year-old husband, Romie Shapiro, founded Friends of Bezalel 30 years ago). Artist and Bezalel alumnus Nir Hod touted Karan not only for her accomplishments as a designer — she was voted Designer of the Year three times by the Council of Fashion Designers of America, was the recipient of the council’s Lifetime Achievement Award and, in 2004, became an honorary doctorate at her alma mater, Parsons School of Design — but also for her “philanthropic activities… AIDS, cancer awareness and advancing well-being.”

Kaufthal stressed that “Bezalel is Israel’s oldest and most important academy [and] has graduated the vast majority of Israel’s best painters, sculptors, architects, photographers, animators and designers — Israel’s art and culture ambassadors.” Hod amplified: “Bezalel presents to the world a different side of Israel than is broadcast on our news stations…. We are so very honored that Donna [who was presented with an innovative menorah] has lent her support and her name to Bezalel.”