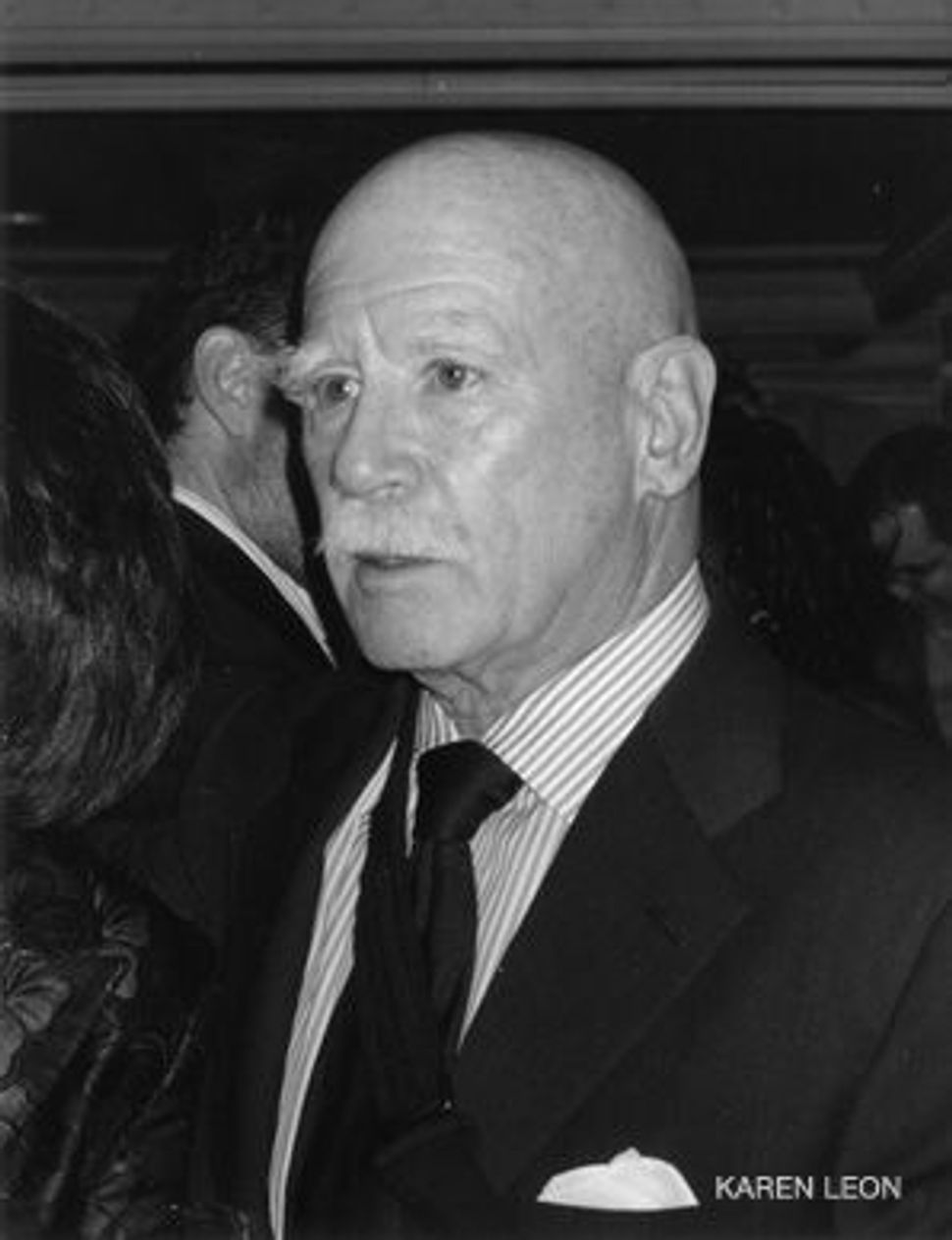 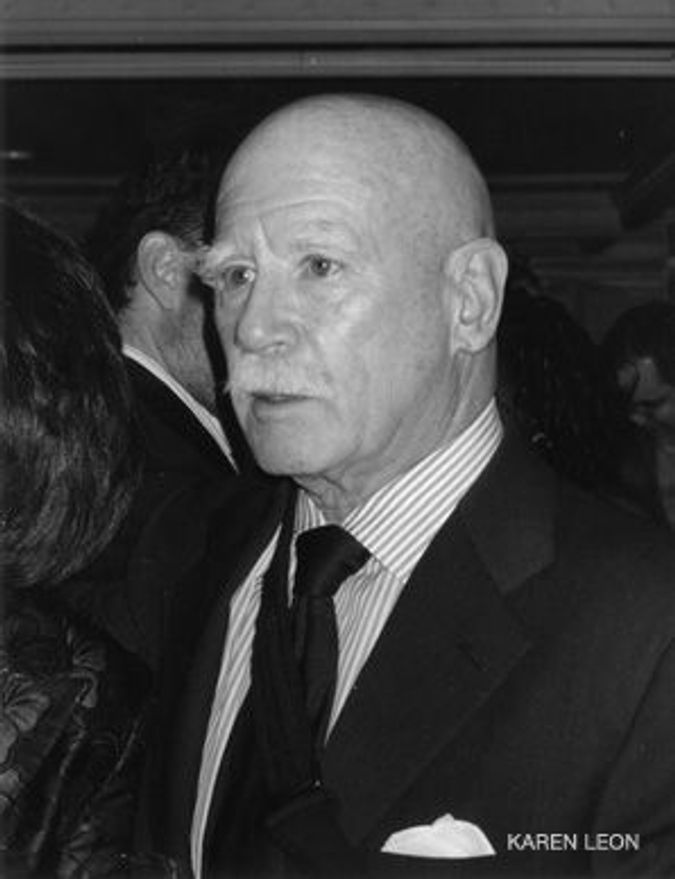 “There is no such thing as a ‘good book,’ when people get killed over the book…. We all have a good book — the Bible, the Quran, the Old/New Testament,” said Leon Charney, an honoree at the December 12, 2007, benefit for the Foundation for Ethnic Understanding. “I abhor the word ‘tolerance’ — it’s condescending,” he added. Charney is the moderator of the award-winning TV show “The Leon Charney Report” and the author of the current best-seller “Mystery of the Kaddish: Its Profound Influence on Judaism,” published last year by Barricade Books. The evening’s surprise guests were two young men who have made international headlines: One of them was Hassan Askari, a 20-year-old Bangladeshi Muslim now living in Brooklyn who, five days earlier, came to the aid of 23-year-old Walter Adler — the other surprise guest — of Brighton Beach and his girlfriend (both Jewish), who were assaulted on a subway train by a trio of men shouting antisemitic slurs. Askari’s courageous response to a hate crime as the passengers around him sat (as they say in Yiddish mit farleygte hent— with folded arms), was, according to the foundation’s president, Rabbi Marc Schneier, exactly what the foundation is all about.

Charney, author of the book” Special Counsel” and adviser to president Jimmy Carter on the Camp David Accord, harked back to his days as a theatrical lawyer. HE offered an aside about former New York mayor David Dinkins, who had “to sit in the back of the bus” when he was a Marine. Charney also lobbed a chuckler about Sammy Davis Jr., whom he had escorted to Israel: When Davis exclaimed, “‘Baby, I’m in my homeland!’” Charney corrected him: “‘Sammy, this is Israel not Uganda.’” Davis’s comeback clincher was, “‘I converted.’” The diverse ethnic and religious assemblage at Fifth Avenue’s Helen Yarmak International Penthouse roared.

Schneier and foundation chairman Russell Simmons shared in the presentations of the Joseph Papp Racial Harmony Awards to Charney; John Rhea, a managing director of the investment banking division at Lehman Brothers, and George Van Amson, who is Morgan Stanley’s managing director of sales and trading, as well as its sales and trading talent officer for diversity and head of its North American associate programs. In 1992, 1996 and 2006, he was designated “Top African American on Wall Street” by Black Enterprise magazine. Van Amson’s bottom line: “Understanding each other is like breathing — essential to life. We are more alike than different. We all want and strive for the same things… love, respect, health and happiness.”

“Are you related to Yitzhak Rabin?” I asked Peter Elliot Rabin during the recent celebration of the 30th anniversary of his eponymous menswear empire, held at the Carlyle Hotel. “Maybe a distant cousin… we’ll talk later,” he said as he was congratulated by some of the most strikingly dressed men I’ve seen outside of magazine fashion pages. A few weeks ago, we met at his tweedy New York haberdashery store on Madison and 80th Street, where Rabin, who looks as though he has descended from a long line of British country gentlemen, told me his mother was born in Charleston, S.C. (as was he), in 1875 and that “she ran the only Jewish deli in the Southeast.” After working in the retail store owned by his father, Leon Rabin, he entered the citadel and then joined the armed forces, earned a degree in international diplomacy at London University. He also trekked across Europe, Africa and the Middle East, and still wears a watch that was literally shot off his wrist during the Six Day War. In 1970, he left Israel and set out on a career trajectory that reads like a menswear thriller.

“Did they know you were Jewish at the citadel?” I asked Rabin. Not at first. But when he discovered that WASPs went to chapel in the morning, [whereas] Jews went in the afternoon, he “outed” himself. “I got to sleep late,” he said. “At the citadel there were 22 to 24 Jewish students active in Hillel. My father was chairman of Hillel, and eventually I became [on campus] Hillel president.”

Rabin’s career was launched with Harry’s Bar, a store he opened in Munich. He then became an assistant buyer at Bloomingdale’s, where he introduced “colors and fabrics never before used in men’s collections.” He designed sportswear for Givenchy, Pucci and Oscar de la Renta and finally, in 1978, opened his first Madison Avenue store. Touted in industry blurbs as “a legend in the retail industry,” his store’s 30th anniversary was more than just a congratulatory pat-on-the-back; the evening’s live auction was a fundraiser for Rabin’s pet charity, The Painted Turtle, a California-based innovative camp and family care center for children with life-threatening illnesses. Founded in 1999, the camp offers Spring Family Weekend getaways that specifically target such procedures and conditions as liver transplant, arthritis, Crohn’s disease and colitis and spina bifida, and holds summer sessions dealing with hemophilia, muscular dystrophy, asthma, skeletal dysplasia (dwarfism) and diabetes.

“My family were members of Charleston’s oldest Reform synagogue,” Rabin said. “My great-great-grandfather [Mazo] had been the chief rabbi in Moscow.” (The Rabin side of the family was once Rabinowitz.) Rabin’s uncle, Ben Bodne, owner of the legendary Algonquin Hotel, was one of his boosters. I could not follow the trajectory of the stores he leased, closed, opened; the innovative windows he created; his unique designs, fabrics and manufacturing details he instituted that are industry legend. In 1998 he opened Peter Elliot Women, located on Madison Avenue. The store is managed by his sister, Eileen Sorota (formerly an administrator at The Dalton School). The store’s clientele includes Paula Zahn, Susan Sarandon, Jamie Lee Curtis and Barbara Walters. Rabin now dotes on fashionably garbed 5-year-old son Joshua Blue Rabin, born when Daddy was 60.