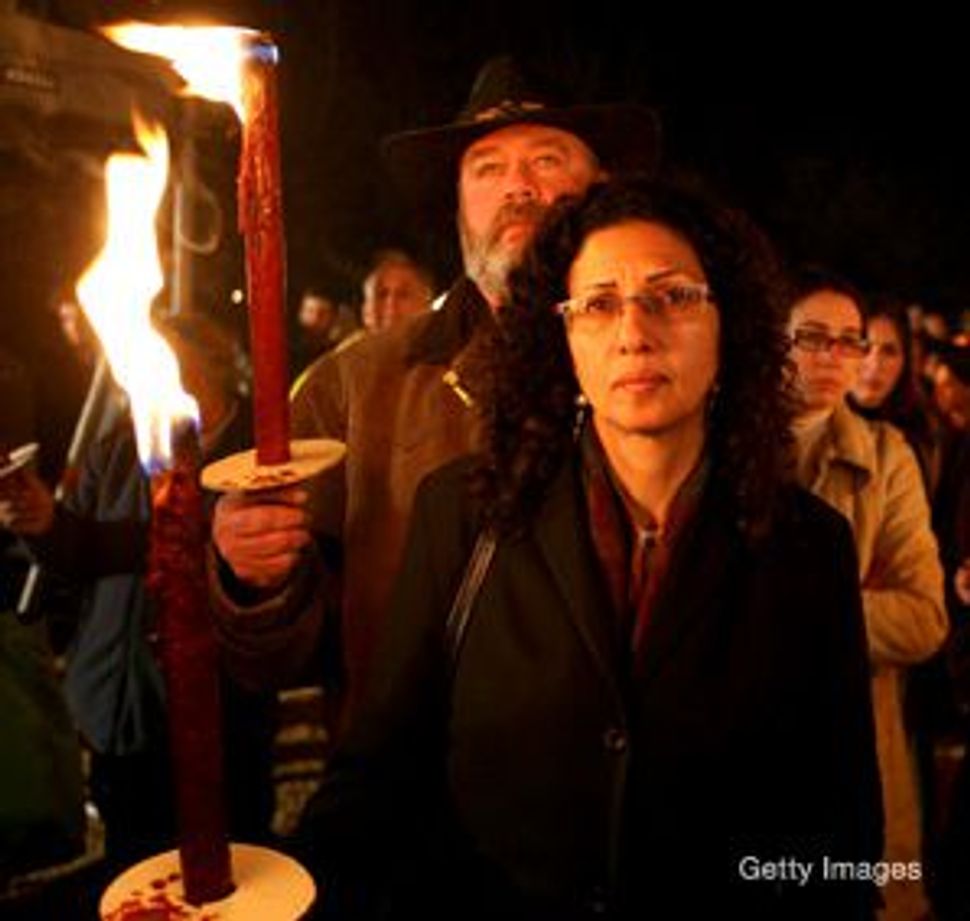 Passions Inflamed: Protesters march against the Olmert government in the wake of conclusions released by the Winograd Report last week.

Washington – In the final days of Israel’s war against Hezbollah in 2006, a series of miscommunications between Jerusalem and Washington played a decisive role in shaping the war’s outcome, according to the final report of the Winograd Commission released last week. 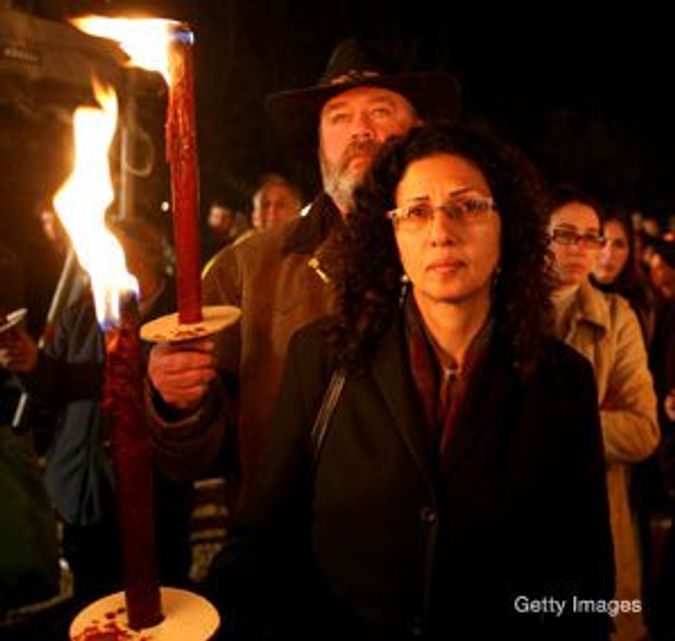 Passions Inflamed: Protesters march against the Olmert government in the wake of conclusions released by the Winograd Report last week.

The government-appointed commission found that Israeli disappointment at the wording of an American-brokered draft United Nations Security Council resolution led Prime Minister Ehud Olmert to launch a ground incursion into southern Lebanon during the last 60 hours of the war. The ground attack, in which 33 Israeli soldiers were killed and no significant military goals were achieved, has been roundly criticized in Israel.

The Winograd Commission did not find the incursion to be unreasonable, but in the days before its report was released, a top American official declared the ground operation to have been unnecessary, claiming that it had had no effect on the final wording of the U.N. resolution.

While the details of the diplomatic intrigue that took place during the final days of the war remain contested, on one point there appears to be agreement: At the height of hostilities in Lebanon, communication between the highest echelons in Jerusalem and Washington went dramatically off track.

The 629-page report details daily and sometimes hourly discussions between top American and Israeli officials trying to work out the exact formulation of a cease-fire resolution. On the Israeli side the talks were led at times by Olmert himself, as well as by Foreign Minister Tzipi Livni and their top deputies in the Prime Minister’s Office and the Foreign Ministry. On the American side Secretary of State Condoleezza Rice was on the phone with Olmert and Livni, while National Security Advisor Stephen Hadley and officials on the State Department’s Middle East desk kept stayed in close contacts with their Israeli counterparts.

But for all the high-level consultations described by the committee, a breakdown occurred at a crucial moment on the night of August 10 and the following day, with deadly consequences.

At the time, discussions on a joint American–French draft resolution were reaching their final stages and a draft presented to Israel by an American assistant secretary of state, David Welch, seemed to satisfy Jerusalem.

Meanwhile, Olmert’s chief of staff, Yoram Turbowitz, heard from the American under secretary of state, Nicholas Burns, that a cease-fire agreement was close at hand, which would have rendered a ground operation unnecessary. Burns, according to the Winograd Commission’s report, said there was growing support among Security Council members for Jerusalem’s demand that Israeli military forces be kept in Lebanon until a revamped U.N. force would be ready to assume control.

But while negotiations were going on at U.N. headquarters in New York and between Jerusalem and Washington, Olmert was facing increasing pressure from his defense minister and the military’s chief of staff to okay a large-scale land operation.

“There’s a lot of pressure [from soldiers] on the ground” Dan Halutz, the military’s chief of staff, told the prime minister, according to the report. The military’s top brass, he added, are “a little disappointed” in the lack of force being deployed.

And the pressure on Olmert continued to mount. Defense Minister Amir Peretz called up Olmert to urge him to send in the troops.

“Ehud, we cannot postpone it until tomorrow,” Peretz said, according to the commission.

“We have no choice,” Olmert replied.

It was past midnight in Israel when Turbowitz phoned Welch asking for an updated version of the U.N. resolution. At around 3:00 a.m., Jerusalem time, the new draft was faxed from Washington. It was greeted with disbelief by the Israelis, who felt Washington had backtracked on the previously agreed upon formulation.

“It’s a catastrophe,” said Olmert’s political adviser Shalom Tourgeman, in describing the draft to his counterpart at the Defense Ministry, Amos Gilad.

Gilad, in turn, briefed his boss, Peretz: “I think all the agreements were broken. I warned you the Americans are becoming too nice. I feel it is a catastrophe.”

A similar note was sounded to the Winograd Commission by Aaron Abramowitz, director general of the Foreign Ministry. The new draft, he said, was different from the one presented earlier by Welch.

The new draft, according to a number of witnesses who appeared in front of the Winograd Commission, weakened the mission of the international force that the U.N. would send to Lebanon and dropped the call for an international arms embargo on the Hezbollah.

“This draft is a victory for the Hezbollah,” he said. It was nothing less, he told Hadley, than “a complete defeat,” adding that Israel was “very disappointed.”

By 8 p.m. that evening — only a handful of hours after Turbowitz spoke with Hadley — the State Department came back with an improved draft that, while not exactly meeting Israeli demands, was seen in Jerusalem as being acceptable.

By the time the draft reached Jerusalem, however, the order had already been given to proceed with the ground operation.

The rationale behind the order, Olmert told the Winograd Commission, was to ensure that the U.N. cease-fire resolution would be drafted in way that sufficiently took into consideration Israeli interests. When U.N. Resolution 1701 was passed the next day, August 12, a large contingent of Israeli troops were already on the ground in Lebanon.

While American officials were not interviewed by the Winograd Commission, at least one senior American official involved in the decision-making process has publicly countered Israel’s understanding of the developments. John Bolton, America’s ambassador to the U.N. and the man in charge of negotiating the resolution, told the Israeli daily Ha’aretz last month that last-minute changes in the wording of the resolution were not quite the shocking development portrayed by Israeli leaders to the commission.

“Nothing dramatic occurred in the negotiations in the last 48 hours,” Bolton said, blaming Rice for allegedly weakening the resolution a week earlier, after an Israeli attack on the village of Qana killed 28 civilians. “There was no sudden descent into the abyss.”

The former ambassador also flatly rejected Olmert’s claim that the ground operation was needed in order to improve the final wording of the draft.

“Moves on the ground did not influence the resolution,” he told Ha’aretz, “nor did Israel’s threat of a ground operation.”