A Recipe for the Soul 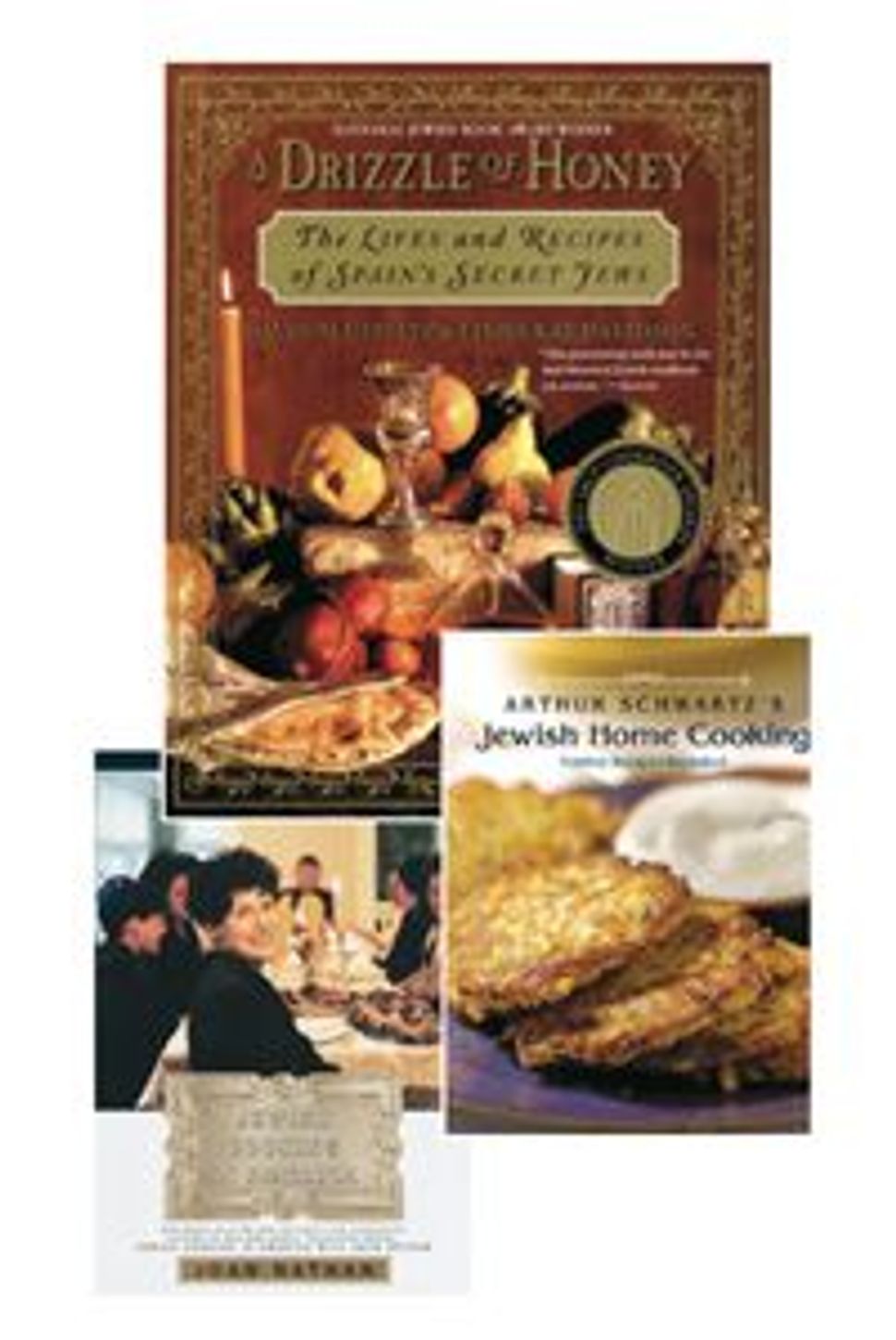 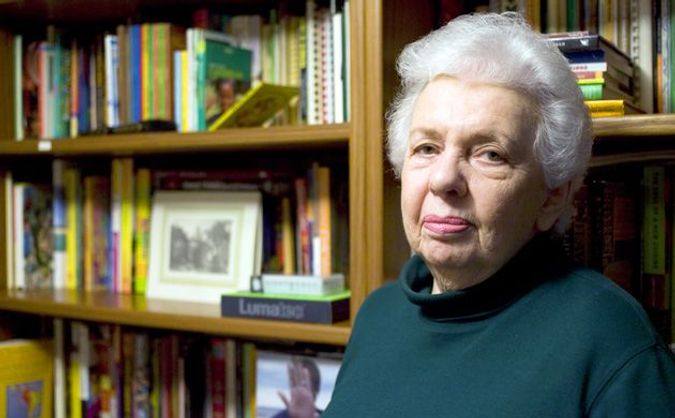 The Collector: When her apart- ment became overrun with cook- books, Dalia Carmel donated a large part of her collection to New York University?s Fales Library. Image by ariel jankelowitz

It’s hard to imagine what Dalia Carmel’s apartment once looked like. Her two-bedroom home on Manhattan’s East Side is so filled with cookbooks that most of the wall space is lined with shelves of them. But the 1,500 volumes that remain in her apartment are a fraction of what was once a 10,000-volume cookbook library that Carmel amassed in her tidy apartment over close to 50 years.

“It is an enormous collection. For any individual to have 10,000 [cookbooks] is unheard of,” said Marvin Taylor, director of New York University’s Fales Library, which houses one of the largest food-focused collections in the country and about 8,000 of Carmel’s books.

Carmel, a spunky 75-year-old, began the collection in 1960, when she immigrated to the United States from Israel. “When I moved, I didn’t know how to boil water,” Carmel recalled. Determined to learn, she bought a set of pots and pans and began to cook, but she quickly realized that she needed some guidance.

Friends gave her a sisterhood cookbook from a synagogue in New Rochelle, N.Y., which got her started. Around the same time, Carmel received a cookbook club letter addressed to the “Occupant of apartment 2A,” offering three cookbooks for a dollar. “I bought the fattest books they offered — the ‘Joy of Cooking,’ the blue New York Times cookbook and the first Julia Child book.” Though she didn’t know it, Carmel had purchased three of the seminal cookbooks of the 20th century and gradually learned to cook from them.

By the late 1970s, Carmel was working for the claims department of El Al airlines in its New York office but was collecting intensely on the side, looking for interesting recipes for her dinner table and books for her collection. It was then that “I started buying books more for the knowledge…and then there was no tomorrow,” she said, laughing.

Jewish and Israeli cookbooks especially resonated with her. She tracked down cookbooks from synagogues in Rhodesia and Zimbabwe, and even from a Jewish nursing home in Turkey, all before the Internet, amassing an impressive Jewish cookbook collection. “Lots of people have Jewish cookbooks, but she went a step beyond — collecting congregational cookbooks and using them to track how people migrated. I’ve never seen anybody who collected like that,” Taylor commented about Carmel’s unique approach.

By 1990, her collection had reached close to 10,000 volumes, all meticulously organized in her apartment by topic, ranging from Afghani to Chinese. The massive collection and Carmel’s unique understanding of food and culture drew Jewish cookbook authors like Claudia Roden and Copeland Marks to her apartment to use both Carmel and her collection as a resource. “She thinks about food in a different way than anyone I’ve ever met,” Taylor said. “She has a sophisticated sense about how people move about and how food tracks that… and the intersections of our food and our ethnic and religious identity.”

Carmel’s friends also used her as a resident expert on cookbooks. In the early 1990s, a friend of Carmel’s, Holocaust survivor Anny Stern, showed her a small hand-sewn school notebook containing 70 recipes written in German and Czech. The book had belonged to Stern’s mother and was compiled by a group of women in the Terezin concentration camp in Czechoslovakia during the Holocaust. Though Stern’s mother, Mina Pachter, perished in the camp, 25 years later the book found its way to Stern through a series of fortuitous changes of hand.

“This book has to be seen by the world,” Carmel recalled saying emphatically after leafing through the book. She used her connections with food writer Cara De Silva, who at the time wrote for New York Newsday, to bring the book to the public. And it was ultimately published in 1996, under the title “In Memory’s Kitchen: A Legacy From the Women of Terezin.”

Carmel later tried to see that other cookbooks written in different concentration camps, such as the Ravensbruck cookbook, were published and distributed. But each time, she met a roadblock over issues such as reprinting rights, and consequently, no other similar cookbooks have been published on a large scale.

Today, Carmel continues to donate books to Fales, but she is particular about what she gives away. “Marvin wanted my Sephardic collection, and I said no way, because that is my pride and joy,” Carmel explained. She has held on to “what’s dearest to her heart — Middle Eastern, Israeli and Jewish cookbooks,” Taylor said.

And Carmel is still collecting, spending up to $400 on cookbooks in one month. She shared this as she read her credit card statement aloud. 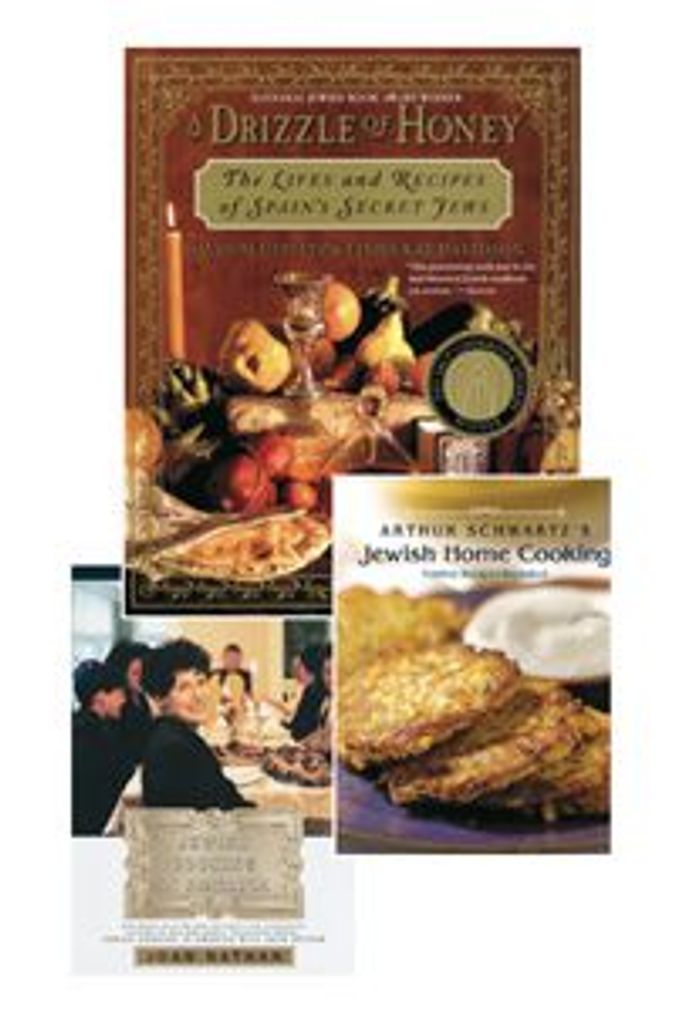 A Drizzle of Honey: The Life and Recipes of Spain’s Secret Jews
By David M. Gitlitz and Linda Kay Davidson
St. Martin’s Griffin, 2000

The Book of Jewish Food: An Odyssey From Samarkand to New York
By Claudia Roden
Knopf, 1996

A Recipe for the Soul