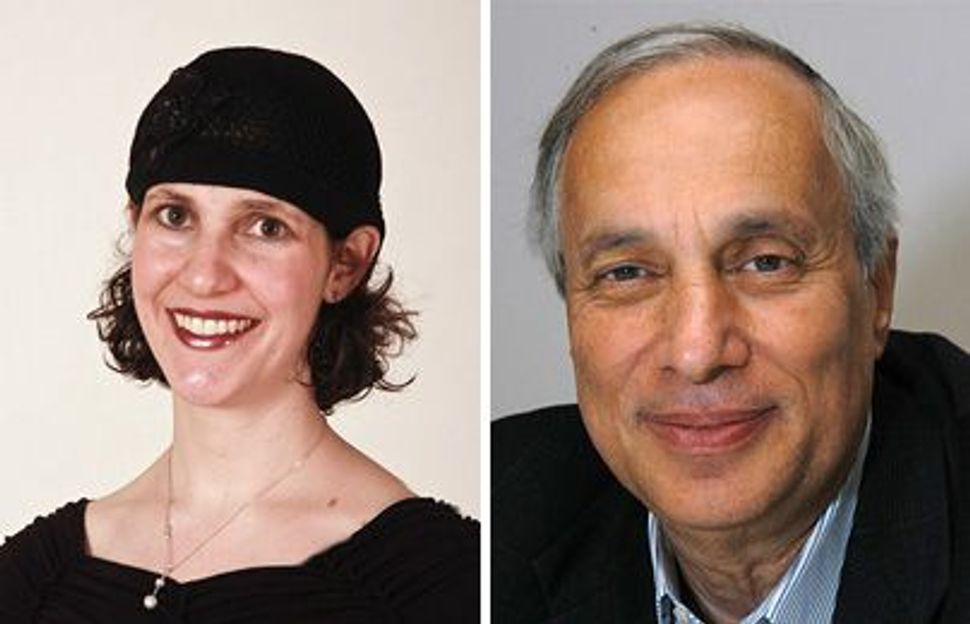 Read an update to this story here.

A prominent Orthodox rabbi who recently granted rabbinic ordination to a woman is coming under fire from top ultra-Orthodox religious authorities, and now is said to be engaged in negotiations with the country’s mainstream Orthodox rabbinic association over the issue. 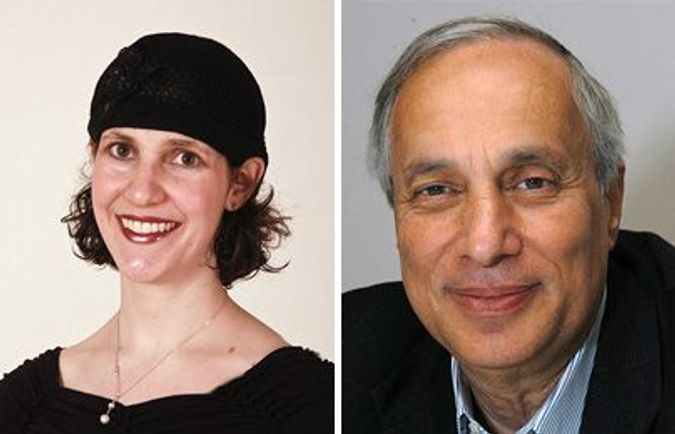 Rabbi Avi Weiss’s decision in January to confer the title of “rabba” upon Sara Hurwitz and make her a full member of the rabbinic staff at his Bronx synagogue, the Hebrew Institute of Riverdale, drew a stern denunciation from Agudath Israel of America’s governing rabbinic council.

“Any congregation with a woman in a rabbinical position of any sort cannot be considered Orthodox,” the Aguda’s 10-member Council of Torah Sages — considered American ultra-Orthodoxy’s most authoritative rabbinic body — proclaimed in a February 25 statement.

The controversy over Weiss’s move also extends into the Rabbinical Council of America, a body representing Modern Orthodox rabbis and of which Weiss is a member. Sources close to Weiss and the RCA told the Forward that the RCA is now engaged in negotiations with him over the issue.

The RCA’s president, Rabbi Moshe Kletenik, however, denied a report in The New York Jewish Week that the RCA was considering expelling Weiss. “There is no basis to the rumor,” Kletenik wrote in an e-mail to the Forward.

The issue of women’s ordination is profoundly controversial within the Orthodox world. In ordaining a woman and giving her a feminized version of the word “rabbi” as her professional title, some say that Weiss, already considered to be on the left edge of mainstream Orthodoxy on religious issues, is venturing over that edge, indeed out of Orthodox Jewish practice altogether.

“Contemporary Orthodoxy has decided that this is not appropriate,” said Rabbi Michael Broyde, a judge in the Beth Din of America, the RCA’s rabbinic court, and a professor of law at Emory University. “It is outside the bounds of normative Orthodox Jewish practice.”

Broyde emphasized that he was not speaking on behalf of the Beth Din of America.

Broyde himself published an article in the Brooklyn-based Orthodox newspaper The Jewish Press last July saying that, though they ought not be given the title of “rabbi,” Orthodox women should be trained as clergy.

The RCA and Weiss are expected to be able to go public with some mutually acceptable resolution shortly, according to a source close to the RCA who spoke on condition of anonymity.

“I think they’ll work something out amicably,” said Rabbi Marc Angel, a former president of the RCA and a leading Orthodox liberal who is a longtime friend of Weiss.

What that “something” could be no one was willing to say. The RCA has not issued any public statement about the issue, and Weiss did not return calls seeking comment. The RCA’s executive vice president, Rabbi Basil Herring, also did not respond to multiple requests for comment.

Weiss is a long-time activist rabbi who has pushed the Orthodox envelope leftward, particularly on the issue of gender equality, even as Orthodoxy as a whole has moved to the right. Frustrated by the rightward drift, Weiss coined the term “open Orthodoxy” and in 1999 established a rabbinical school, Yeshivat Chovevei Torah in Manhattan, to train future rabbis in what he saw as a more intellectually open environment.

Last year, Weiss conferred upon Hurwitz the title of “Maharat,” after she concluded five years of rabbinic study with him. The title stood for Manhiga Halakhtit Ruhanit Toranit, which means leader in Halacha, spirituality and Torah. Weiss’s decision to avoid giving Hurwitz the title of “rabbi” was seen as an effort to avoid an outcry of the sort that is now taking place, and it fell short of the expectations of many disappointed supporters of the ordination of Orthodox women. Weiss also established a small seminary, Yeshivat Maharat, to prepare women to serve as spiritual leaders.

Then in late January, Weiss changed Hurwitz’s title to “rabba.” “This will make it clear to everyone that Sara Hurwitz is a full member of our rabbinic staff, a rabbi with the additional quality of a distinct woman’s voice,” he said in a January 27 statement.

The title change is being condemned by Orthodox opponents of ordaining women.

The title and her job description “represent a radical and dangerous departure from Jewish tradition and the mesoras haTorah [Torah tradition], and must be condemned in the strongest terms. Any congregation with a woman in a rabbinical position of any sort cannot be considered Orthodox,” said the Aguda’s Council of Torah Sages in its statement.

But Weiss also has his allies. Angel said he agrees with Weiss that women should be able to serve as Orthodox clergy since “90% of any rabbi’s job can be done by a woman as well as a man.”

In time, Angel said, “what Avi is doing will be widely accepted.” But for now, it’s causing a great deal of pushback.

The RCA, Angel said, is saying to Weiss “‘listen, you’ve taken a stand which is causing a lot of flak in the right-wing Orthodox world, our members are upset, and you’ve gone too far.’ His response is that he thought he was working on something he believes in that fits in with Orthodoxy.”

“The last thing Avi wants is a confrontation with the RCA or anyone else,” Angel said. “If he pushed too far too fast, okay. He’s a smart fellow and realizes there’s pressure on him to concede something to stay within the overall consensus. He’s still on the far left but doesn’t want to be outside the overall consensus.”

Both parties, Angel said, “are trying to find a way to come out smelling good.”