Kudrow Explores Her Roots and Takes Other Friends With Her 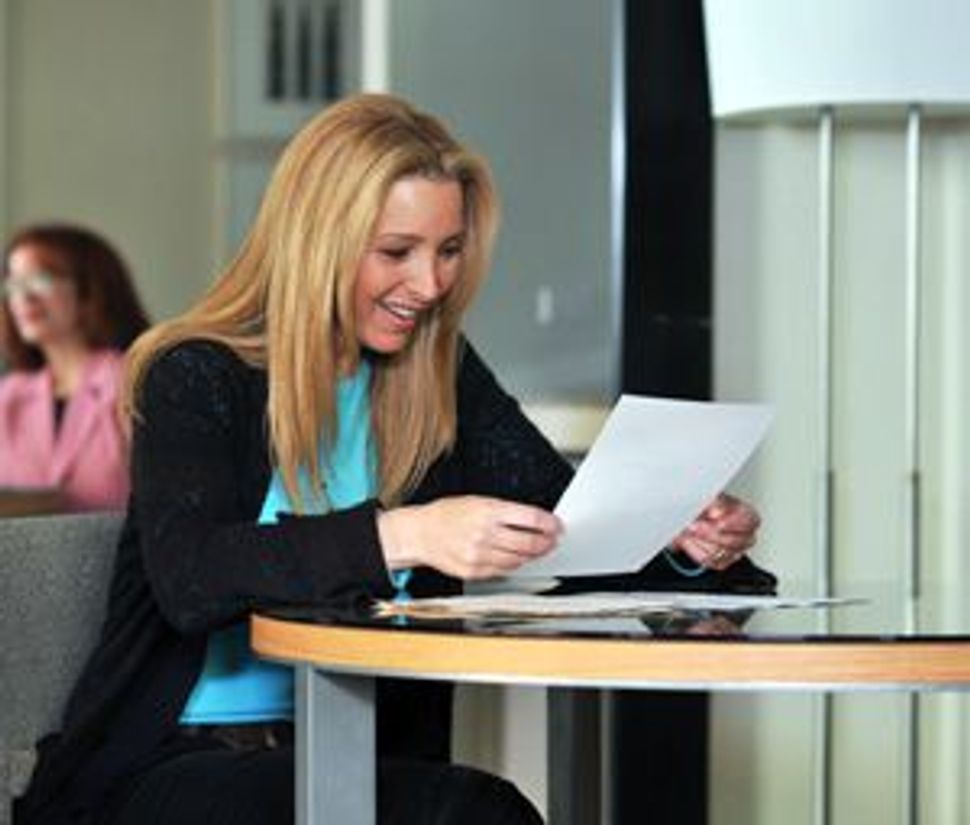 From ?Friends? to Family: Lisa Kudrow gets a genealogy lesson that changes her outlook. Image by NICOLE RIVELLI/NBC 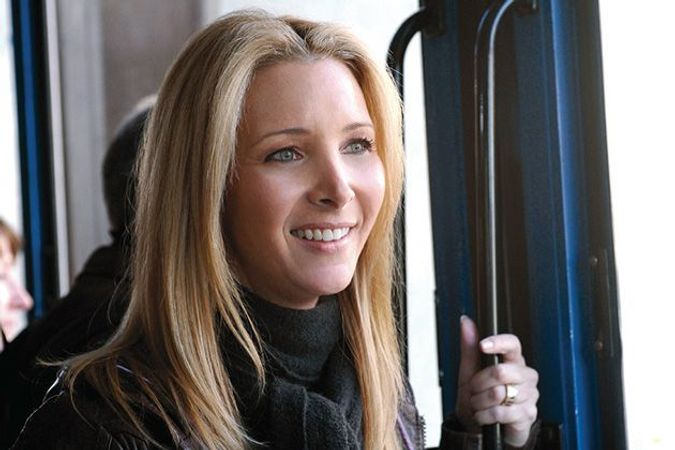 ?Who Do You Think You Are??: Lisa Kudrow, of ?Friends? fame, travels to Belarus to learn about her family?s experience in the Holocaust. Image by NICOLE RIVELLI/NBC

A simple monument stands outside the town of Ilya in what is now Belarus. It is in memory of the hundreds of Jews taken from their home to this very spot, shot two or three at a time and pushed into a pit that had served as an ice cellar.

Lisa Kudrow — best known as Phoebe Buffay from the TV show “Friends” — stands in front of the monument and puts a rock atop its head, and as the camera pulls in for a close-up, you see her tears. What you can’t see is her rage. 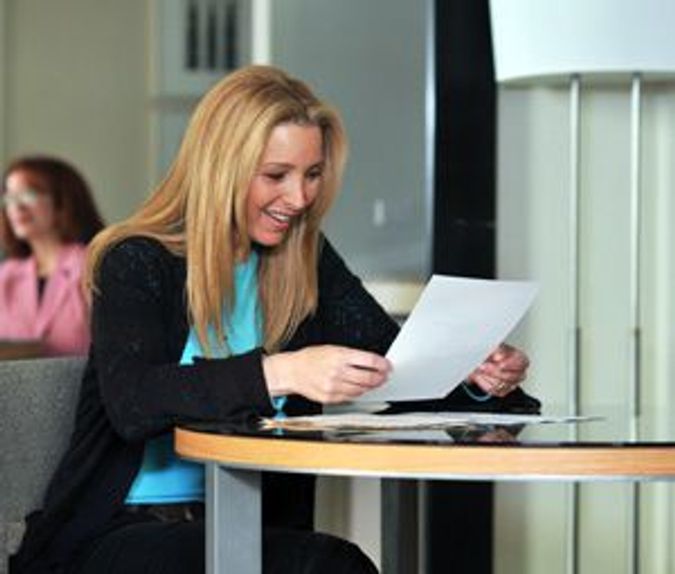 From ?Friends? to Family: Lisa Kudrow gets a genealogy lesson that changes her outlook. Image by NICOLE RIVELLI/NBC

There are actually two stories behind this image — one simple, and one moving and complex.

The easy tale to tell is that Kudrow was in Ireland some years ago, where she watched and was drawn in by a show called “Who Do You Think You Are?” In it, celebrities trace their ancestry.

Kudrow pitched, and sold, an American version of the show. (It premieres March 5, at 8 p.m. on NBC.) The program is part documentary, part reality show — all with the added appeal of a little celebrity dish. Sarah Jessica Parker, running back Emmitt Smith, Brooke Shields and Susan Sarandon are among those who delve into their respective histories. Kudrow’s episode, the third of seven in the series, airs on March 19.

During a telephone interview with the Forward, Kudrow was asked if anything on the trip surprised her. She seemed puzzled at first by the question, so the Forward prompted her: “You’d mentioned your rage at the Holocaust before. Did that surprise you?”

“That wasn’t a surprise,” Kudrow said, “that’s what I was afraid of. I was also wondering if I’d feel a connection with Belarus. My family had been there for hundreds of years. Culturally there must have been some impact [that] I might feel some familiarity with.”

That didn’t happen. “I couldn’t get it out of my head that the country was one unmarked grave after another.… Going there and seeing everything only confirmed what my greatest fears were,” she said.

Kudrow’s interest in genealogy comes from her father, David. The elder Kudrow grew up extremely poor in the Brownsville section of Brooklyn. His father — Lisa’s grandfather — died when David was 3. As David grew up, he was told various stories about his father. “He wasn’t sure what was fact and what was fiction,” Kudrow said.

As an adult and a physician practicing in Los Angeles, David went to a Mormon church in L.A. — the church is a repository of all kinds of genealogical information for people of all faiths — to do research. He gathered enough facts to fill out a 46-page family history, but was unable to come up with anything further about a vague memory of his childhood.

He recalled that while he was still a child, his family was visited by a Polish Jew, Yuri Barovden, who was working, after the war, on a ship then docked in New York. Barovden grew up in Ilya, and from the vantage point of nearby woods he saw his family and members of the Kudrow family, including Lisa’s great-grandmother, murdered by the Nazis. The man felt so sorry for the poverty he found the Kudrows living in that he left $50 for the family.

When Kudrow undertook this journey for her show, the goal was to find out what happened to Barovden. (Spoiler alert: She finds him, alive and well, living with his son and grandson. “Lisa Kudrow in my home and not my TV,” the son says.)

The experience has made some lasting changes in her outlook. Growing up in a secular household, she remembers watching Holocaust documentaries on TV with her father. She took Jewish history classes in high school and college. But, she said, she never felt a personal connection to it. “It was never my family’s story,” Kudrow said. “Yes, they may have been rounded up and shot, but they weren’t in the camps.”

Interviews with celebrities are typically micromanaged. The deal was for 10 minutes, but Kudrow seemed reluctant to hang up. She gets a phone call and has room service delivered, handy excuses to interrupt the conversation. But the 10 minutes turns to 20 and then a half-hour, almost as though she’d been waiting for an opportunity to discuss this aspect of her show and life.

She talks about the reaction of her father, who expressed his pride in her accomplishments. “He told me he knew it” — going to Belarus, seeing the graves firsthand — “was hard. It got pretty emotional for him, because it was seeing me in pain. But he said, ‘You went through all that and brought back all this information.’”

She mentions, as well, that her 11-year-old son has seen parts of the episode on his ancestors. His response: “I wish I could go back in time and beat the crap out of Hitler.”

Kudrow Explores Her Roots and Takes Other Friends With Her