Only Path to Peace Is an Armistice Now 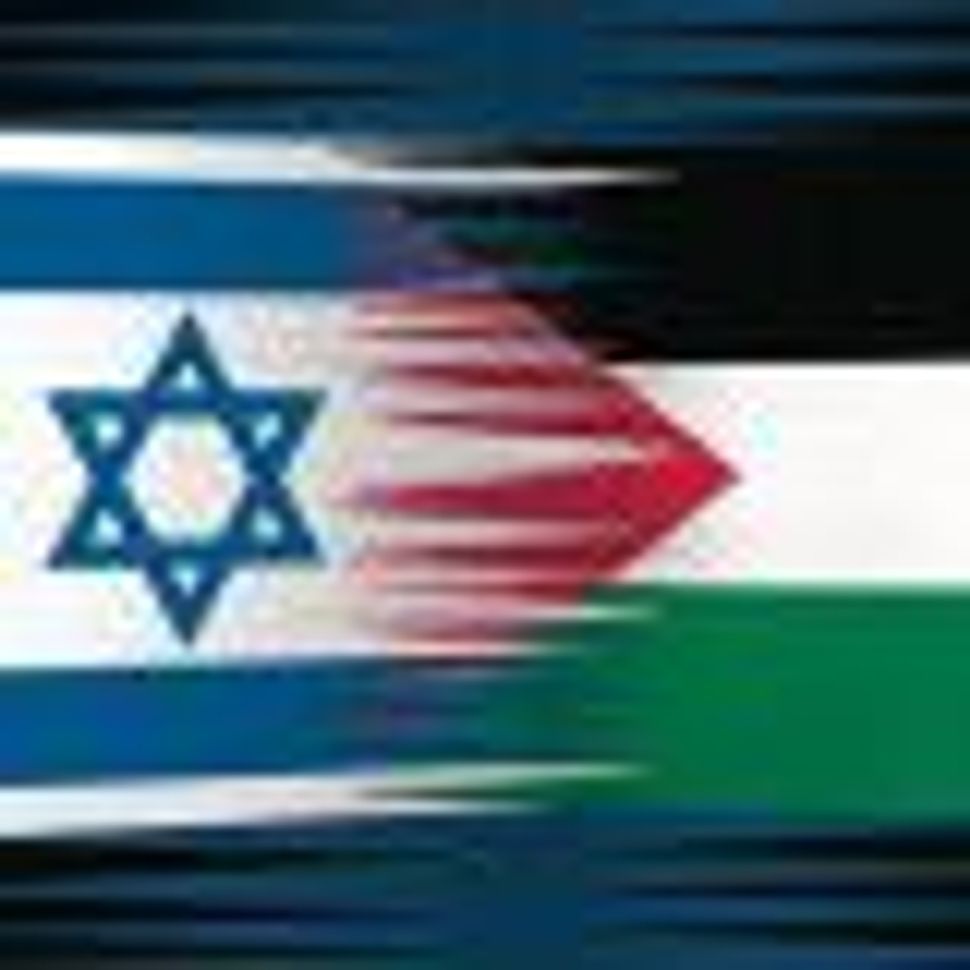 More than 16 years after the euphoria of the Oslo Accords, the Israelis and the Palestinians have still not reached a final-status peace agreement. The diplomatic stalemate discredits moderates and plays into the hands of extremists on both sides who refuse to make the concessions that any viable peace treaty will require.

Since an extended impasse is so dangerous, the best option is to seek a less ambitious agreement that transforms the situation on the ground and creates momentum for further negotiations by establishing a Palestinian state within armistice boundaries.

In diplomatic terms, this formula would go beyond phase two of George W. Bush’s 2002 “road map for peace” — which proposed a Palestinian state with provisional boundaries — by striving to reach interim agreements on all the issues but stopping short of actually resolving the final-status issues of Jerusalem, the fate of the Palestinian refugees and permanent boundaries. Such a gradual, yet comprehensive, approach would be more promising than further attempts at taking daring shortcuts. As the Oslo Accords demonstrated, giant steps generally result in deadlock.

Israel urgently needs to reach such a provisional agreement before the Palestinian leadership grows even more skeptical of a two-state solution. A small sovereign state within the pre-1967 boundaries has never been the fundamental goal of Palestinian nationalism; instead, Palestinian national consciousness has historically focused on avenging the loss of Arab lands.

Most Palestinians wish to get rid of Israeli control, but do not necessarily strive to see the land divided. More and more Palestinians are therefore considering options other than statehood. One option, proposed by Abdel Mohsin al-Qattan, former chair of the Palestine National Council, would be to maintain the territorial integrity of the land between the Jordan River and the Mediterranean Sea and govern it through a weak, jointly run central government and two strong autonomous governments — without necessarily demarcating geographic borders between them. Another popular solution among Palestinian leaders is a unitary state that, for purely demographic reasons, would eventually be controlled by an Arab majority.

Needless to say, the Israelis would never accept either scenario, which is precisely why it is in the Israeli government’s interest to pursue an armistice that establishes provisional borders for a Palestinian state. In other words, Israel must offer Palestinian statehood for less than peace before the Palestinians and their leaders abandon the two-state model altogether.

The push for Palestinian statehood should be accompanied by firm commitments from Israel and outside actors to pursue final-status talks once the state has been established. Both parties must abandon the old slogan of “Nothing is agreed upon until everything is agreed upon.” This would allow the negotiators to implement agreements without making them conditional on the resolution of all the other points of contention. Just as the Arab states recognized the armistice lines with Israel in 1949 without resolving other issues, Israel could recognize a Palestinian state without immediately settling other outstanding issues.

Hamas itself will surely criticize any armistice agreement for not encompassing the entire territory beyond the pre-1967 lines and will keep denying the legitimacy of the current Palestinian Authority leadership. That said, Hamas has been advocating the notion of a long-term hudna, or armistice, for many years, and the organization is already maintaining a de facto hudna along the borders of the Gaza Strip. It is highly unlikely that Hamas would resort to military attacks against Israel to sabotage an armistice deal, and it is doubtful that it could ever mobilize popular opposition to an interim agreement that speeds the dismantlement of Israeli settlements and transfers more land to Palestinian hands.

Because a large majority of Israelis still support a two-state solution, the Knesset would be likely to approve any interim agreement reached by Benjamin Netanyahu’s government and the P.A. The first step toward reaching such an agreement would be direct negotiations between Israel and the P.A. — with America’s participation — regarding the fate of both the West Bank and Gaza. Instead of concentrating on an ineffective freeze of settlement construction, diplomats should focus on reaching a deal in which those settlements within the new armistice boundaries of a Palestinian state would actually be removed.

Skeptics of an interim approach will argue that the official position of the P.A. has not changed: It continues to insist on a final-status agreement and rejects the concept of a Palestinian state within provisional boundaries; however, overcoming the P.A.’s long-standing rejection of any provisional agreement with Israel is not an impossible task. The promise of breaking the current stalemate through a process that produces early and tangible results, with the support of Arab states, could encourage the P.A. to reconsider its position. Besides, there are numerous incentives that can — and should — be offered to the P.A., such as guarantees to keep moving toward a final-status settlement, a Security Council Resolution calling on the parties to sign an armistice agreement, a huge aid package for the new Palestinian state and further actions to isolate Hamas.

In Israel, too, there is bound to be strong opposition to this approach from right-wing parties and the settler lobby. Settlements at the armistice phase would either be dismantled or stay under the authority of Israeli military commanders (depending on their location in relation to the new armistice boundaries). This would clearly signal to the settlers that their long-term prospects of remaining deep inside the West Bank are slimmer than at any time since the Oslo Accords, and would encourage nonideological settlers to seek alternative homes within the settlement enclaves slated to become part of Israel proper. A government program to assist them could go a long way toward reducing the number of settlers residing in Palestinian-majority areas.

If any settlements are dismantled, the Israeli right will likely take to the streets in great numbers, and the Netanyahu government could be toppled by a rebellion within the Likud party; however, it would be considerably easier to confront such opposition over a limited armistice deal than over a final-status agreement requiring the evacuation of most of the settlements. The Israeli government would be able to make a strong case that while it has not reached an “end of conflict, end of claims” agreement, it is moving cautiously toward a two-state solution without conceding Israeli sovereignty over Jerusalem, although an interim arrangement in the city is required, too.

Signing an armistice agreement would be the greatest breakthrough in Arab-Israeli peacemaking since the 1994 peace treaty with Jordan. Instead of allowing such issues as the refugees and the status of Jerusalem to delay the establishment of a Palestinian state, it would constitute a major step toward ending the occupation, fundamentally reconfigure the conflict and make the prospects for a final-status agreement far brighter than ever before.

Ehud Yaari is a Lafer International Fellow at the Washington Institute for Near East Policy. This article is an excerpt from his essay appearing in the March/April issue of Foreign Affairs. For more information, go to www.foreignaffairs.com.

Only Path to Peace Is an Armistice Now