New E-Haggadah Brings a Fifth Child to the Table 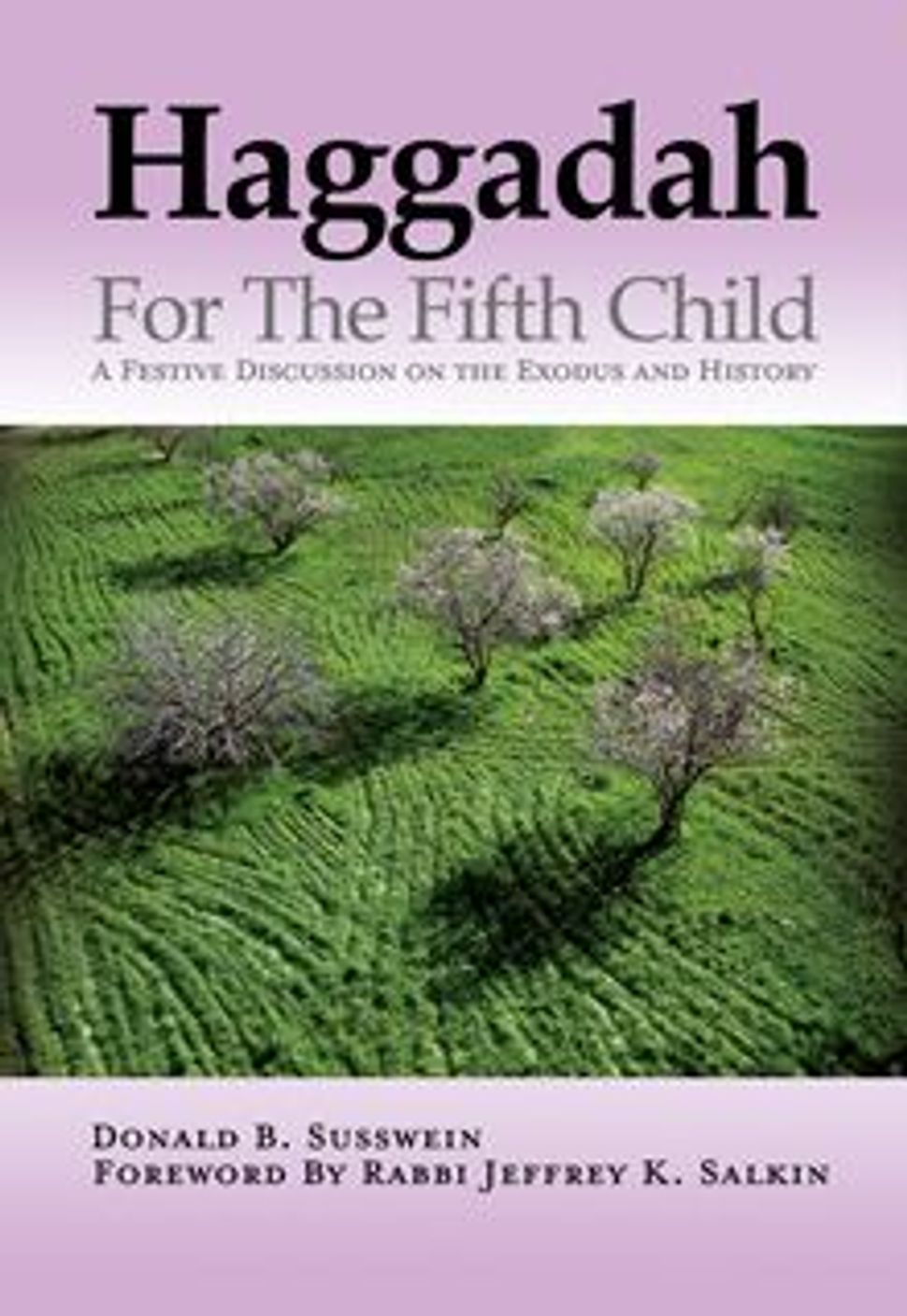 Haggadah for the Fifth Child
By Donald B. Susswein
Mill City Press, 141 pages 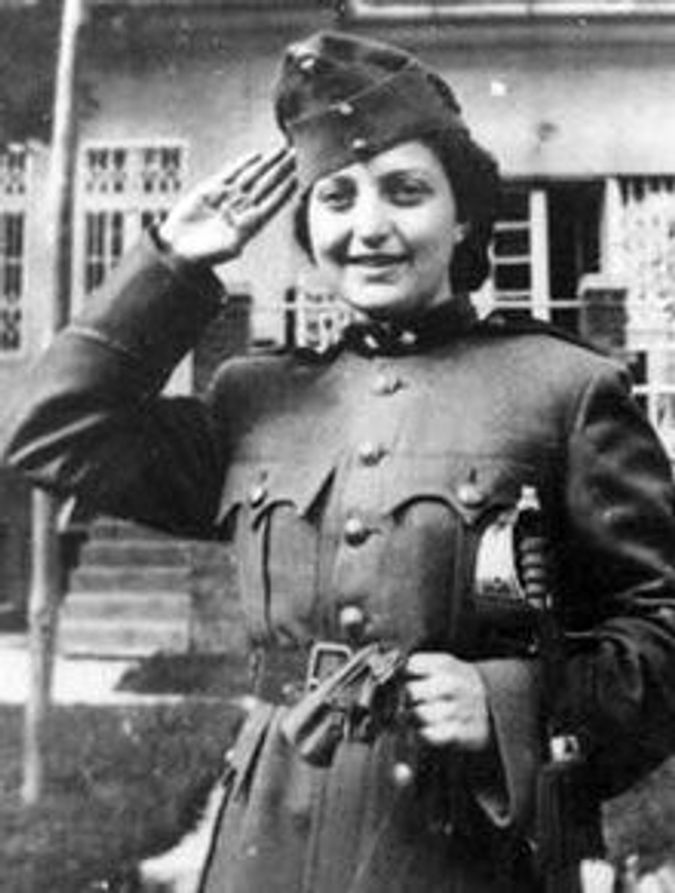 Pity the humble Haggadah, the never-quite-good-enough book that Jews seem compelled to improve upon each year. ArtScroll’s general director Rabbi Nosson Scherman guesses there are more than 1,000 versions of the Haggadah in print today. This Passover, families seeking an alternative Seder can choose from a library that includes Haggadot for feminists, environmentalists, Reconstructionists and humanists. There is even, apparently, a Haggadah for atheists, though I cannot for the life of me work out how they explain the 10 plagues independent of a vengeful god.

The latest publication vying for attention in the Passover canon is “Haggadah for the Fifth Child.” A clever title, for, as every Seder-jaded Jew knows, ordinarily only four children make it to the Passover table. So how is this Haggadah different from all other Haggadot?

For starters, it is an e-book, one of a small but growing library of downloadable Haggadot. You can read your “Fifth Child” on a Kindle, a Nook, a computer or an iPhone, free of charge.

What makes “Fifth Child” stand out, though, is author Donald B. Susswein’s unusual approach to the Passover service. In his introduction, Susswein explains that the “traditional Haggadah presumes that the reader begins with a fairly extensive knowledge of the Exodus story.” Susswein attempts to rectify that by going back to biblical basics. His carefully scripted service, crafted in the form of a conversation, begins at the end of Genesis and leads participants through the Exodus story. 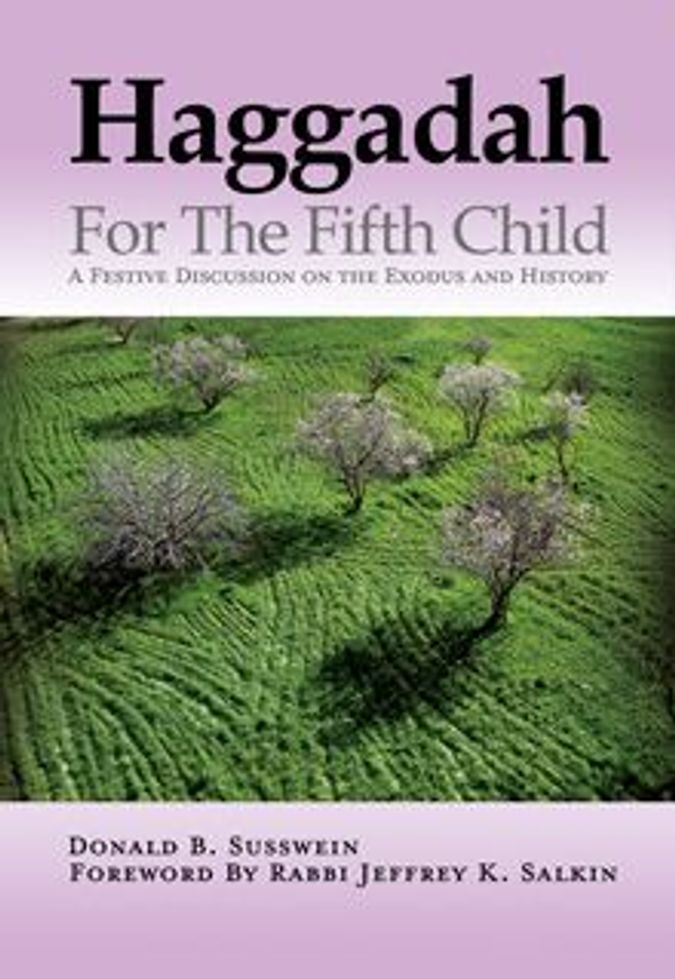 If, like me, you have not studied these tales for some time, you will be glad for Susswein’s diligence in reminding the reader how the Jews and the Egyptians became entangled in the first place.

Susswein has left major elements of the Seder — blessings, prayers, some songs — intact. But rather than confuse readers with the multiple interpretations of Rabbi Akiva and friends, “Fifth Child” explores the veracity of biblical stories, and explains how this story of bondage and emancipation relates to later Jewish history and our lives today. Susswein doesn’t always provide answers, just jumping-off points for discussion.

I was particularly interested in the notes that occupy 40 pages at the back of the book, where I learned that matzo was added to the Exodus story 700 years after the event, inspired by a Canaanite festival celebrating unleavened bread. I was also intrigued to learn that the tale of Moses and the Pharaoh’s daughter is reminiscent of an ancient Near Eastern legend.

But the service, which Susswein estimates takes about 40 minutes, left me cold. The script, though thoughtfully written, feels didactic. And although “Fifth Child” claims to appeal to a range of people, it clearly takes aim at a more liberal audience by questioning the veracity of biblical stories and drawing on lessons such as this, from the Exodus tale:

In truth, I found “Fifth Child” less interesting than the Haggadah for her four brothers. Sure, the language of your average Maxwell House Haggadah can be unwieldy. But isn’t the fact that words and phrases sound as archaic as the story — that characters “sojourn” and “endureth”— one of the most engaging aspects of the service? To his credit, Susswein has woven in many biblical excerpts. But why tinker with:

Because we were slaves unto Pharaoh in Egypt, and the Eternal, our God, brought us forth thence with a mighty hand and an outstretched arm…Therefore, even if we were all of us wise, all of us men of knowledge and understanding, all of us learned in the Law, it nevertheless would be incumbent upon us to speak of the departure from Egypt, and all those who speak of the departure from Egypt, are accounted praiseworthy.

As for the confusing aspect of the rabbinic interpretations, I understand that for some Seder participants, particularly the young, many facets of the story may be lost. But this is a service we recite every year. Perhaps an understanding of the text is something you gain over time.

Speaking as someone who spent his last Seder seated near an Israeli, an American and a Russian arguing about whether the slaves could carry pyramid-sized bricks, I am certain that Seders are full of debate and interpretation. We are talking about a group of Jews, after all, confined to one table for an entire evening (and forced to drink wine).

Reading “Fifth Child,” I realized that I might be a traditionalist. I want my rabbinic discussions and my entreaties to God to “pour out thy wrath.” I want the Haggadah how I’ve had it my whole life — raucous, violent and oddly reminiscent of a “Star Wars” movie: “Come, let us deal wisely with them….”

But I’m also inquisitive. So, although I would be disappointed should the host of my next Seder choose “Fifth Child” for that evening’s service, I admit that I would be grateful should he refer to this thoughtful and well-written book occasionally, to settle the sort of questions that arise when people start arguing about the weight of Egyptian bricks.

“Haggadah for the Fifth Child” is available as a free e-book or for $15.95 in a print version at www.passoverhaggadah.net

Paul Berger is a freelance writer living in New York.

New E-Haggadah Brings a Fifth Child to the Table