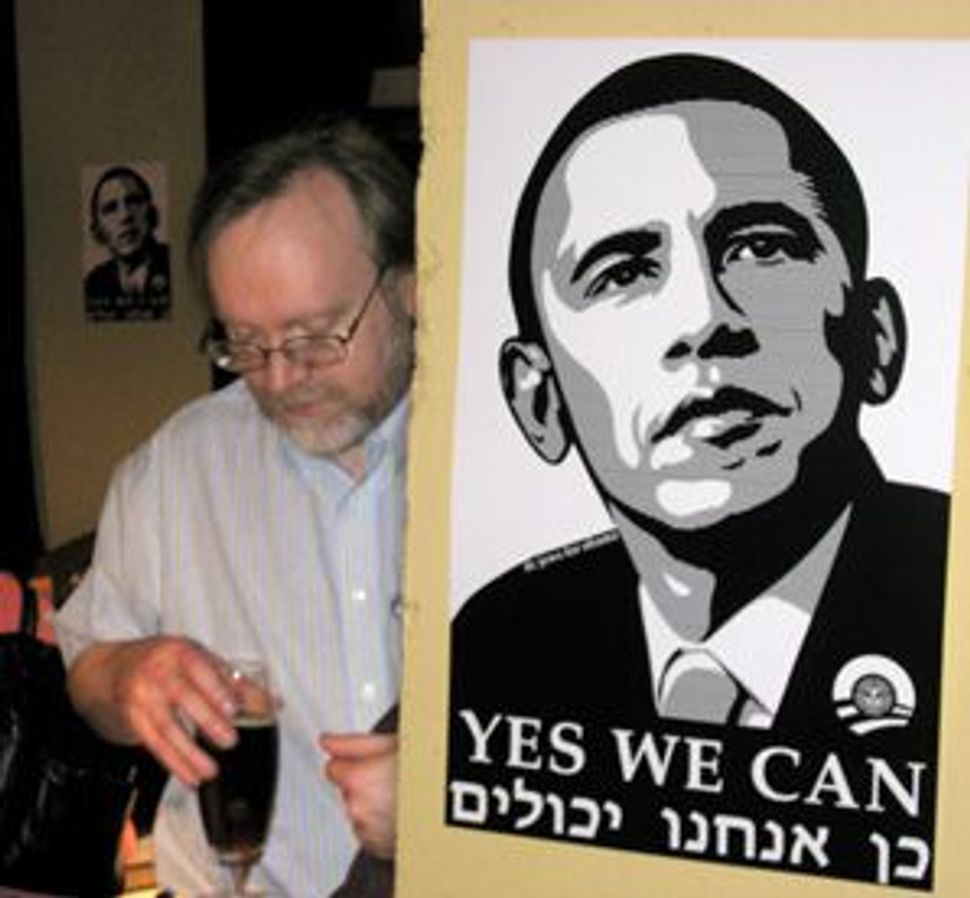 Washington — With the campaign season in full swing, politics is infusing every element of life in the nation’s capital — even the Jewish Sabbath. 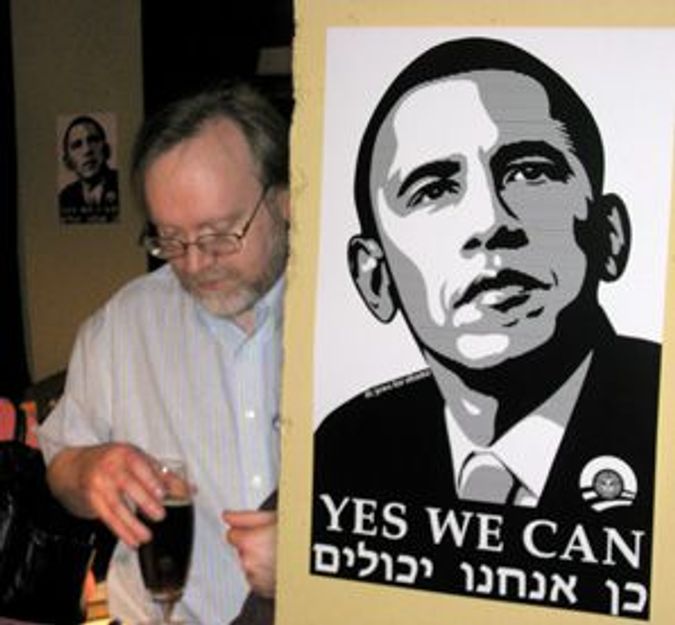 Last Saturday, only days before primary votes in Washington, Maryland and Virginia, supporters of Barack Obama harnessed the Havdalah ceremony, marking the end of Sabbath, to raise money for the Illinois senator’s presidential bid.

More than 100 Jewish Obama backers crammed into Stars Bistro in Dupont Circle for a Saturday night fundraiser and rally, where the minimum entrance fee was $18. Organizers made every effort to find Jewish meaning for their support of Obama, many of them referring to the candidate as an agent of social justice.

“He represents values of tikkun olam,” said Rob Levy, a local Obama supporter who is also the Capitol Hill representative of Brit Tzedek v’Shalom: The Jewish Alliance for Justice and Peace. Levy also pointed out that Obama’s message of “hope” is “Hatikva” in Hebrew — the name of the Israeli national anthem.

For Fred Scherlinder Dobb, the 38-year-old Reconstructionist rabbi who performed the Havdalah ceremony, there was a no shortage of symbolism to share with the crowd. Each sense invoked by the ceremony was used to make the point that Obama should win the race.

“I can taste what it is going to feel like when Obama will be president,” said Jess Champagne as she sipped from the glass of wine held by the rabbi. “Obama will bring a fresh scent to us all,” added Harriet Sugerman while sniffing the traditional spice box.

The walls were covered with posters, made especially for the event, showing the candidate with the Hebrew words “Ken Anachnu Yecholim” — a Hebrew translation of Obama’s campaign slogan, “Yes, we can.”

Participants, among them Obama’s Jewish liaison, Eric Lynn, stressed their confidence that Jews in the Washington area will be on their side in Tuesday’s primaries.

“We’ve won the Jewish vote in every state outside Hillary’s home turf,” one Obama campaign official, who requested anonymity, told the Forward, referring to Clinton’s success in her home state of New York and neighboring New Jersey.

In recent months, Obama has been the target of hostile e-mails that have circulated in the Jewish community, falsely accusing him of being a secret Muslim. Obama campaign officials said that their analysis of the Jewish vote from Super Tuesday exit polls gives them confidence that such e-mails did not hurt Obama among Jews.