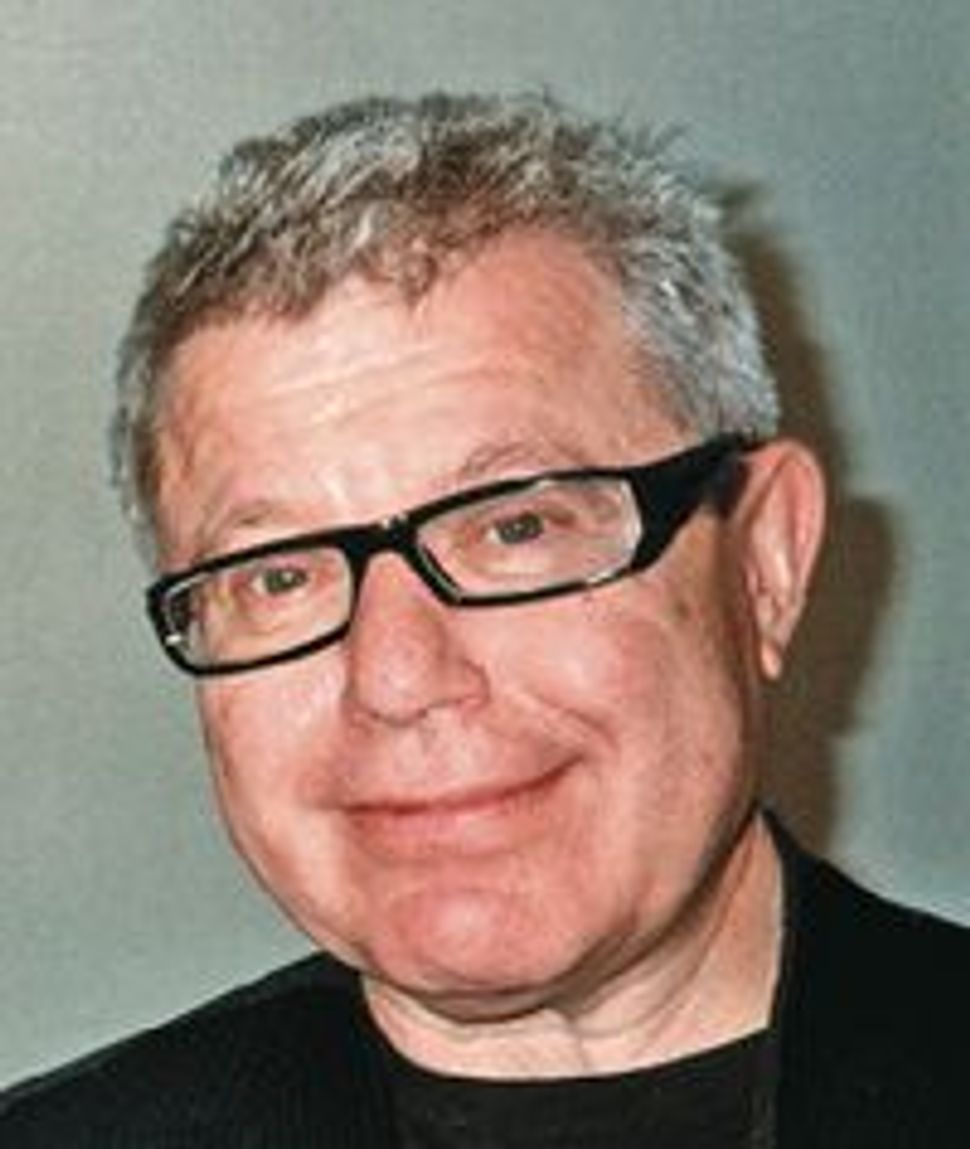 JOBS WANTED!”—UJA JOB FAIRS — A LIFELINE TO THE RESCUE

In the 1920s, David Meyerowich wrote the music and lyrics to the wrenching Yiddish lament “Vu Nemt MenParnosseh?” (“How Does One Make a Living?”); in 1931, Yip Harburg wrote the lyrics to Jay Gorney’s Great Depression anthem, “Brother, Can You Spare a Dime?” On March 2, at the JCC in Manhattan, the UJA-Federation of New York brought the issue of unemployment full circle by holding one of its Connect to Care job fairs. UJA-Federation expected 400 clients. More than 700 came! In addition to some 30 employers with job offerings, there were specialists to help in the areas of legal and financial matters and in matters of employment. Jonathan Katz, director of the Jewish Connections Program at the Jewish Board of Family and Children’s Services, a UJA-Federation affiliate, said, “We try to give them a feeling that they are not helpless…. We will help a person throughout the duration…. It is harder to live the Jewish life, because they have dues for synagogue, Jewish camps, religious school, bar/bat mitzvahs.” Alex Roth-Kahn, planning manager of the UJA- Federation’s Caring Commission, informed that this $6.8 million initiative allocation for what has evolved into a one-stop-shop model “will end in June 2010.” Katz added, “To date, more than 15,000 people have availed themselves of the services throughout the region.”

The program also took into consideration the element of “embarrassment.” Wherever you may live —Brooklyn, Long Island, Manhattan, Queens or Staten Island — there is access to the same services. Katz noted: “The willingness of Jewish institutions to openly tackle this problem diminishes the stigma…. It energizes people to come forward to get help.” Through the initiative of the UJA-Federation division of FEGS Health and Human Services System, “employers came because they had available spots” and will continue to work with UJA-Federation. Among the tables set up at the JCC in Manhattan was that of Rabbi Simkha Weintraub, rabbinic director of the JBFCS-affiliated New York Jewish Healing Center. He defined his role as “giving spiritual care,” and explained: “Those who are religious have a community advantage, a support system… they might say prayers…. Theirs is a strong belief that things will work out.”

LIMBS OF A FAMILLY TREE WHOSE TRUNK FLOURISHED IN EVIL SOIL: GENERATIONAL ANGST OF DESCENDANTS OF VEIT HARLAN -IN THE SHADOW OF JEW SÜSS

Felix Moeller’s documentary “Harlan: In the Shadow of Jew Süss,” playing an open-ended run at the Film Forum, follows the rise of Hitler’s favorite filmmaker, Veit Harlan, whose popular films included the 1940 über antisemitic Jud Süss. Seen by 20 million Germans, the film was a must-see for members of the SS. Its selected excerpts have the emotional impact of a visceral root canal. With clips from his popular films, and musings and recollections by Harlan’s three sons, one daughter, six grandchildren — four in Berlin, one in Paris, one in Italy — and niece, Christine Kubrick (whose late husband was filmmaker Stanley Kubrick), Harlan’s family members try to deal with the legacy of being descendants of this filmmaker, whose name now carries the taint of Nazi propaganda. At my March 2 interview at Film Forum with Moeller and Jessica Jacoby, a granddaughter of Harlan, I discovered that Jacoby spoke fluent Litvishn Yiddish! A journalist and film critic for the German-Jewish newspaper Judische Allgemeine in Berlin, her mother, Suzanne Korber [nee Harlan], married Jewish photographer Claude Jacoby in 1953 committed suicide in 1989. Jacoby attended what she said was “the first German-American communal school in Berlin, the Kennedy School. The parents wanted the children to have Jewish [religious] instruction…. My teacher was a Litvak.” She also told me that she had worked at the YIVO Institute for Jewish Research’s Max Weinreich Center for Advanced Jewish Studies, in New York, on “ghetto songs,” which are songs written by inmates of various Nazi-created ghettos.

“He never should have been acquitted,” Jacoby said, apropos the two controversial postwar trials ”for crimes against humanity” that her grandfather Harlan managed to finesse. “He had a Nazi judge both times,” she said. Harlan died in Capri, Italy, in 1964 at the age of 64,“unrepentant and unbroken,” according to the press notes. Jacoby said that there was little contact between the cousins. When I asked Moeller how he came to make the film, he said, “During my studies, I did my thesis on Nazi films and had to deal with Harlan.” Moeller commented on Harlan’s spectacle “Kolberg,” made in [1945] during the war. “Some 10,000 troops were used in the film who should have been at the front!” he said. Moeller noted that “in Germany, the Harlan film was not a huge box office success. The reaction was difficult.”

Moeller, son of renowned New German Cinema director Margarethe von Trotta, did the research for his mother’s 2002 film, “Rosenstrasse,” which was based on the true story of hundreds of German Aryan wives of Jewish husbands. These women were demanding — and winning — their release from prison and from possible deportation.

“A lot of Jewish men married Jewish women,” Jacoby noted, as did her mother. “It was very common in my generation. I have only one parent — the Jewish identity of my father.” Jacoby, whose grandparents perished in the Minsk ghetto, told me that during the making of “Jud Süss,” Harlan used Czech Jews and inmates of the Lublin Ghetto as extras. “He had the Lublin inmates teach the Czech Jews how to act as Jews” as envisioned by Harlan, Jacoby said. 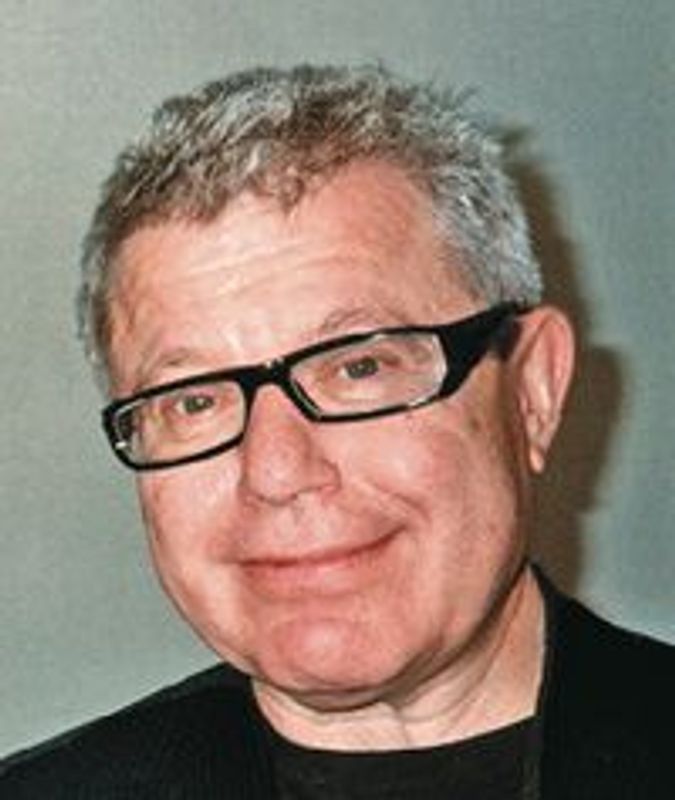 “We are on Israel’s front line of defense,” declared Joshua Plaut, executive director of the American Friends of Rabin Medical Center, at AFRMC’s February 25 Young Professionals fundraiser, held at SoHo’s SICIS — The Art Mosaic Factory. “Rabin is the way the future of the Middle East should look — peaceful co-existence — just as the hospital treats Jews and Arabs alike at its facilities.” Master of ceremonies Michael Stoler, managing director at Madison Realty Capital and host of ‘The Stoler Report,” touted Petah Tikvah’s Rabin Center and the center’s new $20 million emergency trauma center (due to open in 2012), which Stoler said, “will be able to handle large-scale emergencies due to warfare and terrorist attacks.“ Addressing the real estate professionals who braved a New York blizzard, keynote speaker Daniel Libeskind, who designed the Jewish Museum Berlin, said, “Architecture is a story-telling profession…[and] the only criterion for the story teller is optimism.” He also revealed that were it not for his wife, Nina, “Berlin’s Jewish Museum [the most visited museum in Germany by young Germans] would never have been built.”

Later, during my chat with him, Libeskind expanded on Nina’s role in the Berlin museum. At a singular, breathless pace, he explained: “When I was completing [the plans] after the [1989] unification, the German senators scrapped the project. There was no need for a Jewish building.” He raced on: “Nina organized… she led the battle [to reinstate the museum]. After a unanimous vote of the Berlin Senate… there was the go-ahead. [But] the process was so diluted. There were money problems. It took 12 years to build.” He paused, then said, “It opened on September 11, 2001.” “What?!” I said, gasping. Libeskind quickly added. “It closed on 9/11/2001.”

That Nina Libeskind managed to rescue the museum is no surprise. Her father, the late liberal politician David Lewis (who born in Svisloch, now Belarus in 1909 and died in Ottawa in 1981), was a member of the Canadian Parliament in the1960s through 1974 and, according to the Web site of The Canadian Encyclopedia, is described as a “devastating debater.” “What is your latest project?” I asked Libeskind. A son of Holocaust survivors, he informed, “I am designing the German military history museum in Dresden.”

ASK AND TELL, AND THEN WRITE A BOOK ABOUT YOUR BREAST CANCER SURVIVAL

“Are you a breast cancer survivor?” I was asked as I entered the plush club Doubles at The Sherry Netherland for a March 2 book launch event hosted by Dr. Marisa Weiss, president and founder of Breastcancer.org, and Cynthia Lufkin, American Cancer Society’s 2008 Mother of the Year. It was a logical question, since the event showcased half a dozen breast cancer survivor-authors, and among the mostly female crowd there was no way to know which of these elegant women were currently struggling with or was a survivor of a disease that affects 2.5 million women in the United States. “No,” I said. “ I’m here to report on the event.”

“How do you navigate, not just live beyond breast cancer?” posited Weiss, co-author of “Living Well Beyond Breast Cancer. The book was published by Random House in 1997 and 1998, and then again this year, with significant updates. Weiss, an oncologist, introduced her co-author — her mother, Ellen Weiss, a writer and five-year cancer survivor. “I get up each day at 6:30 a.m. to see patients and figure out what will it take to give these women back their lives and a full future,” the younger Weiss said. Rochelle Hirsch told me she wrote her self-published book, “Lumps and Bumps,” to introduce the topic of breast cancer to children “in a nonthreatening manner.” Geralyn Lucas, formerly of the ABC prime-time news magazine program “20/20” and author of “Why I Wore Lipstick to My Mastectomy” (St. Martin’s Press, 2004), and said she used her own adversity “as a platform to examine the issues that a young woman faces.”

The event’s special guest was Kelly Corrigan, whose 2008 book, “The Middle Place,” a memoir about her father’s battle with cancer and his triumph over the disease, made the Hardcover Nonfiction New York Times Best Seller List. She read from her latest book, “Lift” (Hyperion). Also present was Lee Woodruff, who, with her husband, ABC anchor Bob Woodruff, wrote “In an Instant: A Family’s Journey of Love and Healing” (Random House, 2007), and on her own, with her husband as a contributor, “Perfectly Perfect: A Life in Progress” (Random House, 2009). In “Cancer Vixen” (Knopf, 2006), author Marisa Acocella Marchetto reveals her response to, “What happens when a shoe-crazy, lipstick-obsessed, fashion-fanatic, about-to-get-married big-city cartoonist with a fabulous life finds a lump in her breast?” Among the attendees were investment banking wunderkind Dan Lufkin; women’s clothing designer Tory Burch; Anne Sutherland Fuchs, adviser to Mayor Michael Bloomberg on women’s issues; Robert De Niro’s wife, Grace Hightower De Niro; Pamela Fiori, editor-in-chief of Town & Country; Joanne Lipman, founding editor-in-chief of the Condé Nast publications, Catherine Manno, head of pediatrics at the NYU Langone Medical Center, and socialite Somers Farkas.